Phoenix Wright, Attorney at Law has had a long, bizarre career. He began his signature bumbling style of defense way back in 2001 on the Game Boy Advance, in an offbeat visual novel that seemed destined to remain confined to Japan. For unknown reasons Capcom thought their quirky little game might actually find success in the West, and released the GBA games as a series of updated remakes for the DS starting in 2005. Against conventional wisdom, counselor Wright and his eccentric cast of supporting characters proved to be a cult hit; it wasn’t long before fans started showing up in cosplay at anime cons, holding giant stylized “objection!” signs.

Visual novels have never caught on in America, but the Ace Attorney series’ mixture of outrageous anime humor, clever storytelling and smart use of the DS hardware made it addictive in its own special way. In the mid 2000’s gaming was caught off-guard by a wave of “why the hell not!” innovation as developers pitched their goofiest projects for the DS, but ironically it was an old game, not a new one, that led the charge alongside Trauma Center, Feel the Magic and Elite Beat Agents.

I distinctly remember my college friends collecting those early Ace Attorney titles, but for whatever reason I just didn’t get into them. For a long time I regretted it too—the limited printing of the games made them command frankly ridiculous prices on Ebay—but I borrowed and tinkered with each game occasionally. I’m sorry to say that back then, the games left me a little cold and perplexed. Now Capcom has brought Phoenix Wright’s original trilogy back to the DS family (after a brief detour on iOS), so I finally have a chance to dig into these classic murder cases. Can I get over my initial confusions and learn to lover the lawyer? Well…

If you’ve played through the original three games in the series—Ace Attorney, Justice for All, and Trials and Tribulations—you can expect the same core experience here. None of the cases in any of the three games has been cut or shortened, or expanded for that matter. The first game has some pretty wild twists, and a cast of characters right out of a daytime soap, but compared to the later games it’s pretty standard who-dun-it fare. Early on Wright’s boss gets murdered, so the attorney teams up with (and defends) her psychic sister Maya to solve the case, and Maya becomes his enthusiastic sidekick and legal assistant for the rest of the series.

Wright goes on to exonerate a famous TV actor, always butting heads with the flamboyant but shrewd prosecutor, Miles Edgeworth. Edgeworth evolves into Wright’s arch-nemesis, until Wright has to defend him against a murder charge, earning the prosecutor’s grudging respect. 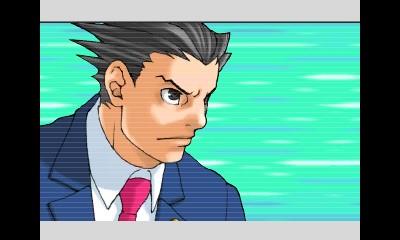 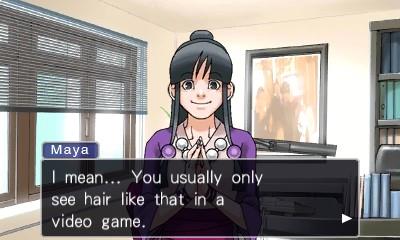 Things start to take a turn for the weird in the second game. The first case begins with Wright getting a nasty bonk on the head and defending his client while dealing with amnesia. Things only get stranger from there, with Wright defending Maya (again), this time teaming up with Maya’s adorable little cousin Pearl. The courtroom literally turns into a circus in the following case, where Wright defends a circus magician against the dominatrix-esque prosecutor Franziska von Karma. Things go off the rails in the fourth case, as Edgeworth comes back for a particularly convoluted turnabout.

I won’t even try to summarize the third game because I’d probably just spoil it all. Let’s just say that the psychic elements of the Fey family get even weirder and more involved, and the plot jumps back and forth between past and present, exploring huge swaths of the series’ continuity up to that point. If you like increasingly silly, messy plots that get tied up in a neat, if extremely improbable bow, this series will be right up your alley.

But what about fans of the series, who played all three and maybe even the spinoffs, like Edgeworth Investigates? What incentive do they have to play this enhanced new collection? Well I certainly wouldn’t trade your rare original DS carts for this new trilogy, but there are some incentives. For starters, the games look a lot prettier. The characters are still sparsely animated cardboard cutouts against mostly static backgrounds, but the resolution has seen a huge bump since the days of the old DS. Every sprite and backdrop has been redrawn and reanimated to bring it up to modern visual novel standards. They really pop against the scenery with the 3D slider turned up too. 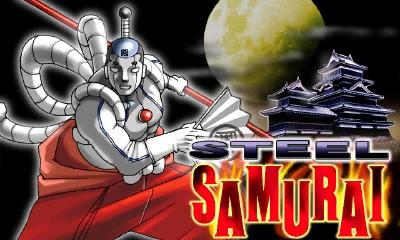 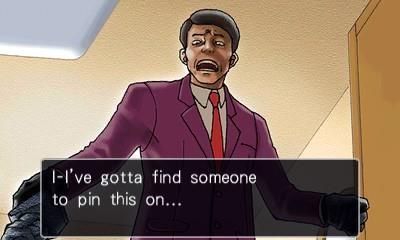 You won’t get the smooth polygonal models from the later installments and Phoenix Wright vs. Professor Layton, but overall the trilogy is much easier on the eyes. I actually appreciated the stories and characters a little bit more this time, rediscovering them and finally finishing out each case. Make no mistake these are some insane people, with some extravagant animation and personality baked into a few simple frames and portraits, but I can begin to see why these suspects, defendants, and battling lawyers have such a devoted following. This is a game where ultimately the art matters most, and because it’s so expressive it is likely to stick with you for some time.

As for the gameplay, it’s essentially unchanged from the original DS release. You’ll be hunting down clues by examining crime scenes and related locales, and then presenting the evidence you find in court. I was still surprised at just how exacting you have to be when cross-examining a witness; unless you know the game backwards and forwards it’s easy to slip up and make an unfounded objection. Sussing out the lies and inconsistencies in a testimony is as riveting as always, but then again it’s not for everyone. It takes close attention to detail—after all this is a computer program you’re playing with. You might have an idea of where the lie is, but if you don’t present the evidence at precisely the right time you’re going to get docked for it. It’s easy to get fed up with the game’s exacting nature, and go hunting for an FAQ.

Using the touch screen was a big deal when the game originally came out—one of the big advantages of the DS—but here it’s merely familiar and efficient. Holding the Y button and shouting “hold it!” into the mic just doesn’t carry the same magic as it once did, but it’s a welcome novelty nonetheless. The original Phoenix Wright trilogy is nice to have all in one place, but aside from the 3D graphics it’s virtually unchanged. This means that it you loved it you’ll keep on loving it, but if you felt mixed like me, well…you might still find the experience wanting, and I understand that is a completely subjective judgment.

I’m still not in love with Phoenix or his collection of nemeses, sidekicks, hangers-on and allies. To be honest I still find characters like Detective Gumshoe and Maya Fey more than a little annoying. I like rich, deep characters to be wrapped up in the annals of a giant RPG; I’m just not very fond of hidden object games or visual novels. Perhaps this just isn’t the kind of story for me. I’ll admit all of that openly, but despite my overall lukewarm feelings for the Ace Attorney series, I can safely say that this is a solid collection, and a good bargain for $30 on the eShop. It definitely beats hunting down used copies of the original DS cartridges. For fans of the series, it also offers a chance to see their favorite games with a new coat of paint. These games have already stood the test of time. For people that love visual novels and the mystery genre, Phoenix Wright still stands as required reading.

I may not be the hugest fan of the series but the original three Phoenix Wright games still stand up remarkably well. With a fresh coat of 3D graphics and a budget price of $30, this trilogy is a great way to relive your favorite series, and a perfect entry point for people new to Phoenix Wright.