As the Pokemon franchise continues to grow and I’m sure Nintendo is running out of ideas for the little critters (then again, there are over 1,100 species of Digimon so Nintendo has some catching up to do), younger fans who may have started with the DS series may not be too familiar with the games that introduced some of the older Pokemon they encounter.  Several years ago Nintendo began to re-release the older games in the series with Pokemon Fire Red, Leaf Green, Heart Gold, and Soul Silver on the Game Boy Advance.  Well it’s time for Generation III to get the remake treatment with Pokemon Omega Ruby and Alpha Sapphire on the 3DS.

The game begins with you moving into your new home in the town of Littleroot…and for whatever reason your Mom has you riding in the back of the moving truck.  Sounds dangerous but this is Pokemon so I won’t judge.  After arriving in Littleroot you begin to wander around and end up saving Professor Birch from a cute little Pokemon that’s chasing him.  Afterwards the professor lets you keep whichever Pokemon you chose back when you “saved” him and you begin your Pokemon adventure, travel the region, capture Pokemon, collect gym badges, blah blah blah the usual schtick.  Also insert random plot from some evil team here that you seem to get involved with somehow (Team Aqua for Sapphire and Team Magma for Ruby).

The first thing I noticed (other than the updated graphics and animation) is that the mechanics and gameplay elements are the same as in Pokemon X and Y, which I don’t mind.  If you haven’t played X or Y yet, the big change to how the game works was in getting experience points in battle.  In the past games all experience points you gained when defeating an opposing Pokemon were split between all participating Pokemon, and split even more so if you have the Exp. Share or Exp. All items.  I won’t get into the math about how it works, but in X and Y all participating Pokemon get the same amount of experience as if they participated on their own, and you also get experience when catching a Pokemon.  This carries over to Omega Ruby and Alpha Sapphire and it does make the game go a lot faster, though it also makes the game a lot easier.

Even though these games are ports of games from Generation III, elements of Generations IV – VI are present.  For instance, Fairy-types are pesent though there aren’t that many throughout the first three generations of Pokemon.  There is also the occasional NPC that will reference regions in future games such as the Unova and Kalos regions.  Finally, the biggest carry-over from X and Y are the mega evolutions.  This I’m kind of on the fence about, however it doesn’t affect my overall thoughts for this review.  That’s because I don’t mind retconning in games and comics where it makes sense, but I kind of question it here.  I guess it all comes down to how the timelines of the games work and when exactly in the timeline that mega evolutions were actually first discovered.  Still, partway through the game you’ll gain a mega bracelet and a couple of mega stones, including one for your starter, so it makes blasting through the Hoenn region a bit easier with Mega Sceptile. 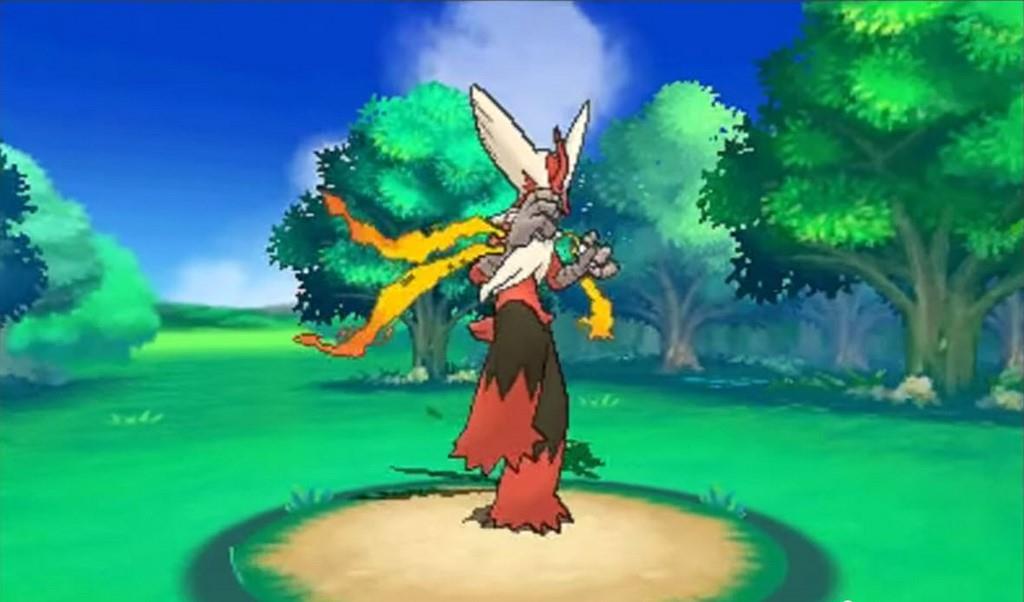 Since this is a 3DS game the touch screen gets a lot of use, even more so than in X and Y.  You still have the functionality you had in X and Y such as Super Training to raise a Pokemon’s individual stats and the PSS function for online activity, but you have a couple of new features.  The first of which is the BuzzNav where you can watch the Hoenn News Network, a little news network where you can get some info on the Hoenn region.  The other new feature is a lot more useful though; the DexNav.  The DexNav is kind of like a tracking device for Pokemon in the wild.  You can see silhouettes  of a few Pokemon in the current area and they’ll be filled out once you catch it.  However, there might be a couple here and there that won’t show up on the radar at first.  Once you catch each Pokemon in the given area, a little crown icon will appear on the DexNav showing that you’ve caught everything there.  Unlike the BuzzNav app, this is actually quite useful.

Something that was in Ruby and Sapphire that I never experienced back in the day were Secret Bases.  These were little caves you could unlock by having a Pokemon use the move Secret Power in certain locations.  You could decorate your bases and then trade base info with other players, then even battle those trainers when you find their secret bases.  You can do the same in Omega and Alpha and it’s more convenient with online functionality as opposed to hooking up two Game Boy Advances, but I’m curious about one thing.  Admittedly I’m not sure what determines what Pokemon you fight when you challenge a base’s trainer(s).  I’ve read it’s determined by the trainer’s team when they create the base, but I’ve fought a few trainers and have never fought a full six-Pokemon team.  Their levels seemed to be around my team’s average, but that’s all I can tell.  One of them even had a Level 30 Deoxys that kicked my team to the curb.  Thankfully though losing in these battles don’t count as a blackout/game over. 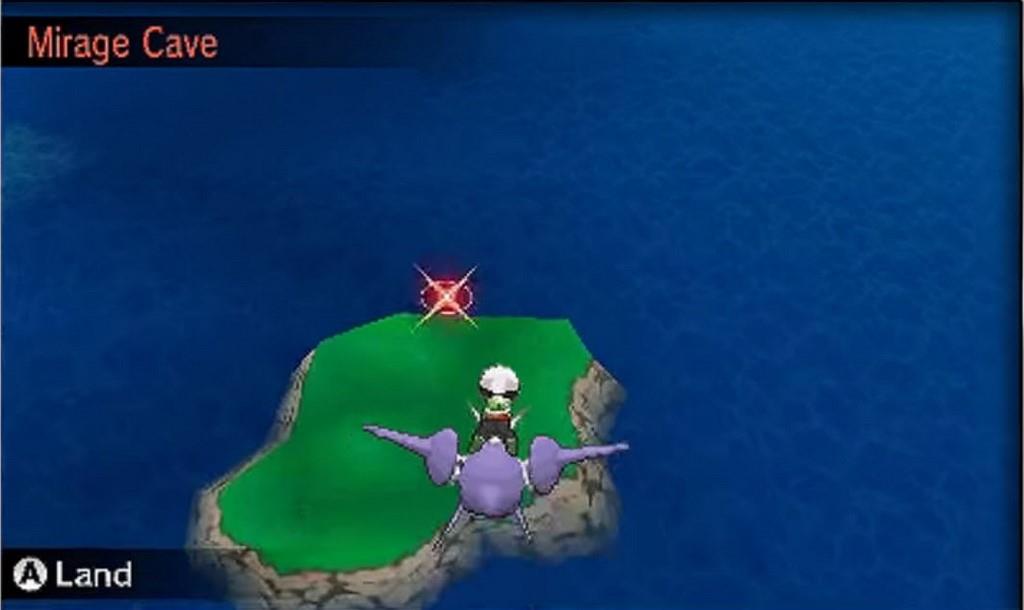 One of my biggest complaints about X and Y makes a return here, and that’s the game feels way too easy.  I do get that the Pokemon games are aimed at gamers about twenty years younger than me, but even then the games feel like they took a drop in difficulty, and I believe that’s due to how experience points work.  I already mentioned above that it’s the same as in X and Y where participating Pokemon get the full amount no matter how many participated, and catching Pokemon now give you experience.  While this does make the game go a bit faster, it also means you can typically stick with one or two Pokemon to level up and the rest of the team will gain experience since you find the Experience All before the first gym.  One of my favorite aspects of the older games was training the different types of Pokemon and learning what kinds of moves they had.  Here though you can basically power level one or two different Pokemon and the rest will mostly follow suit, maybe only ending up a couple of levels below your main one or two for most of the game.

Finally we have what I thought was the biggest change to X and Y: The Safari Zone.  In Pokemon X and Y the Safari Zone was replaced with the Friend Safari.  In a nutshell the Friend Safari allowed players to capture two to three Pokemon of a specific type for each friend they have on their 3DS.  This was a HUGE step up from the past generations where you walk into an area and have five hundred steps to find Pokemon, bait them with food, then try and catch them with a Safari Ball.  Later games basically treated them like separate areas where catching the Pokemon worked like normal, which was okay, but I absolutely loved the Friend Safari’s in X and Y.  However, Omega Ruby and Alpha Sapphire revert back to how the Safari Zone worked in the original Ruby and Sapphire.  It does make sense seeing as how that’s how they used to be and these are remakes of past games, but if you can retcon mega evolutions you can retcon the Friend Safaris in my opinion.

With all of that said, are Omega Ruby and Alpha Sapphire worth picking up?  For the most part, yes.  I remember picking up Leaf Green when it came out, but I never got to Cerulean City.  I became bored because it was literally like going through Pokemon Red all over again.  I think what helped me enjoy Omega Ruby and Alpha Sapphire was the graphical changes that were made.  Going from Red and Blue to Fire Red and Leaf Green is just going from Game Boy to Game Boy Advance.  Here we’re going from Game Boy Advance to 3DS which is quite the step up.  If you jumped into the series post Ruby and Sapphire but enjoyed X and Y, you’ll likely enjoy these two as they utilize the same graphical style and mechanics.  While there were a few things I wish were done differently, Omega Ruby and Alpha Sapphire are still pretty solid entries in the series.

Pokemon Omega Ruby and Alpha Sapphire are pretty solid entries into the series.  Players who missed going through the Hoenn Region the first time through but enjoyed Pokemon X and Y will likely enjoy this outing as X and Ys’ mechanics carry over.  While I wish a few things were done differently and the difficulty increased a little bit, these are still two very enjoyable outings.