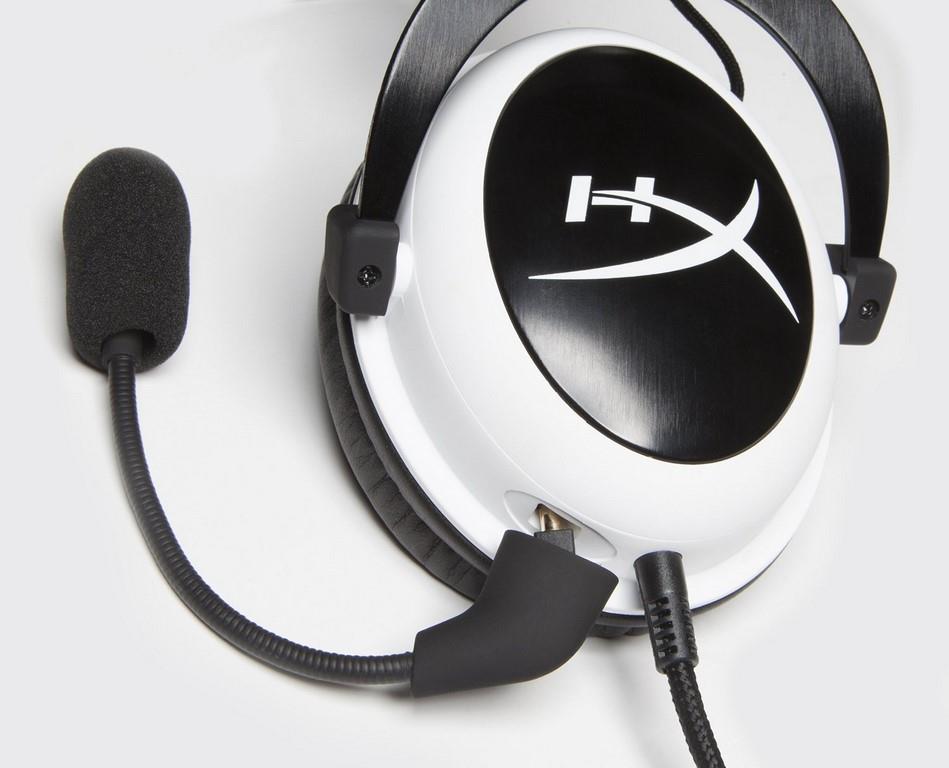 First off, these headphones have no business pricing themselves in the $75-$100 range. They should cost twice that. They’re punching below their weight class. The unboxing experience alone is enough to tell you that much. And then, when you put them on, the argument becomes clear: At this price point, you’re getting more headphones than you paid for.

Kingston, however, isn’t the first name that comes to mind when you think of audio equipment. Kingston makes data storage devices. You know, stuff like SSDs, thumb drives, even memory sticks -- but not headphones. Or so I thought. These are the only headphones Kingston makes, but they certainly make them count.

The Kingston HyperX Cloud Pro Gaming Headset targets gamers. Extreme gamers. You can tell it’s extreme because it has an “X” in the name. The “HyperX” name is simply Kingston’s gamer-centric marketing branch. The HyperX Cloud headphones were designed in conjunction with QPAD, and are, in fact, an upgraded version of the QPad QH-90 headset. The “Cloud” in the name is probably a play on one of this headset’s finer selling points: they’re comfy.

The leatherette headband is puffy, arching unnoticed over your head, with Oreo-colored stitching running along the borders, and a black-on-black HyperX logo stitched over the crown. Black brushed aluminum is what anchors the entire set together, feeling both flexible and durable. I have a large head, so I extend the arms’ reach to near-maximum length, but they’re comfortable once I’m there. The black and white closed-back cups wouldn’t look out of place at a Star Wars Stormtrooper DJ party. And the meter-long no-tangle cord feels like I could lace up a pair of Carhartt boots with them.

Those first three meters of cord are a modest beginning. There’s another three feet or so with a control box attached, adding volume and mute controls at your fingertips. Then there’s another six-and-a-half-foot extension (sadly not made of the same Carhartt bootlace material) that, when linking all of these together, let me sit entirely too far away from my television while rewatching HBO’s Rome. I was so far away, and my TV screen was so small from that distance, that I might as well have watched it on my phone. 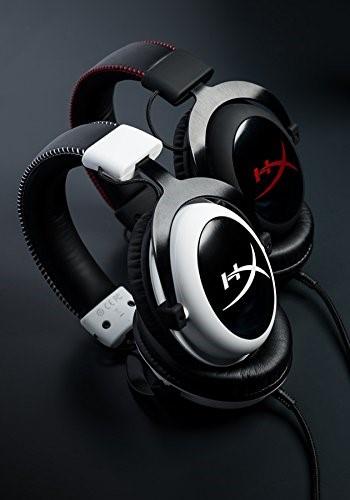 The 2-to-1 3.5mm adaptor played nice with everything except my Nokia Lumia 520 mobile. It simply stopped recognizing the adaptor as anything worth talking to. When I removed the 2-to-1 adaptor, the headphones’ regular headphone jack continued to work just fine, but that left the microphone jack dangling -- which Kingston doesn’t recommend.

But it’s a Windows Phone, so I’m not even mad. Us Lumia owners only make up two percent of the cell phone market, so we’re kind of used to things not performing up to par on our sad little mobiles. Even the control box’s mute button started pulling up Cortana on my phone (Windows Phone’s equivalent to Siri), which was weird, but then it eventually stopped doing that, too, for no discernable reason either. I blame Microsoft more than Kingston, though. I’m keeping my sense of humor about it.

The HyperX Cloud’s sound, however, put my other headsets to shame. I have a set of noise-cancelling Able Planet headphones that -- compared to the HyperX Cloud -- sound like I’m listening to stuff in the next room. I also have a set of similarly priced Audio-Technica headphones whose construction materials not only feel chintzy in comparison, but sit loose and sloppy on my head, plus they sound like I’m listening to stuff through a pair of Campbell’s soup cans. 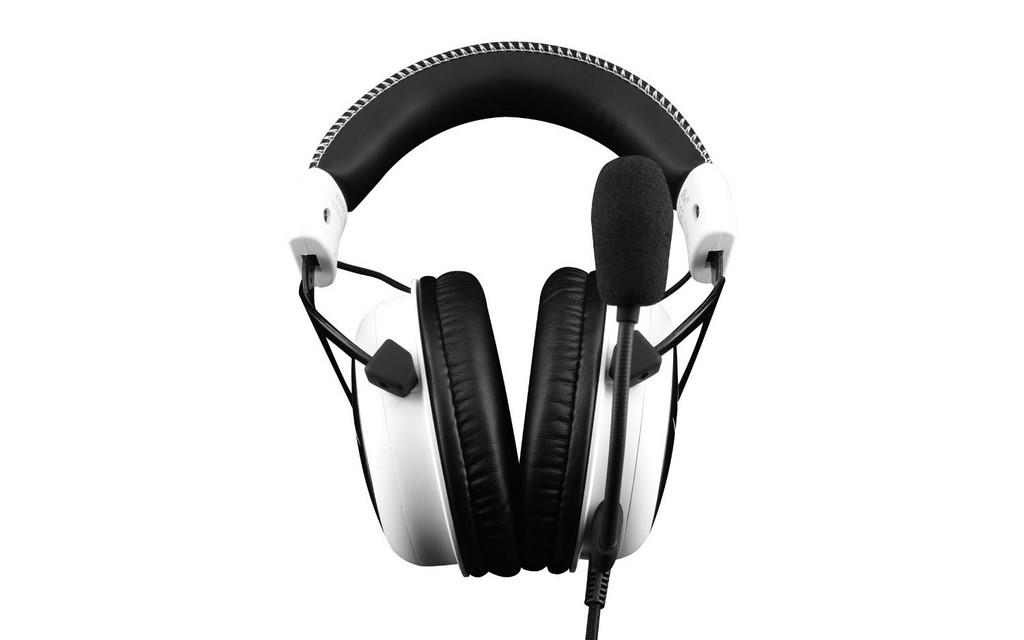 We can look at the stats all day, but the HyperX Cloud runs the gamut of what you can perceive with the human ear. This is usually the part where reviewers start describing the bass as “warm” and the highs as “crisp.” I’ll spare you the platitudes. Suffice it to say, however, that you can feel a barely perceptible resonance in the over-the-ear cans when the beat drops, and you’ll wince a little when the treble rings too high.

I tend to surround myself with audio equipment that packs too much bass response. I like it that way. That's what happens when G-funk raised you. So, I went into this knowing that the HyperX Cloud wasn’t going to damage my low-end hearing like my car’s trunk speakers, or the bass cannon sitting in my living room. I revisited most of my music collection while wearing the headphones, simply because it’d been so long since I’d actually heard my albums through a device with a sensible balance of lows, mids, and highs.

And here’s the part where most reviewers start talking about headphones like they’re a revelation. They’ll say with a straight face that you’ll hear parts of your music that you’ve never heard before -- as if you’ve never heard that before from every reviewer picking up a pair of headphones for the first time. And so, with a straight face, I’m here to tell you that with the HyperX Clouds:

You’ll hear parts of your music that you’ve never heard before.

That goes for video games, too. Here I was, minding my own business in Assassin’s Creed Rogue, when I switched from my Samsung soundbar to the HyperX Clouds. Rogue’s anti-hero, Shay Cormac, runs into good ol’ Benjamin Franklin, who’s up to some of his good ol’ tricks with electrical storms and lightning rods. I wanted to feel the thunder in my chest, but the headphones instead brought out the shrill winds and sharp rainfall. Sure, the thunder sufficiently rolled, but these cans give more prominence to mids and highs, and generally keep the bass reigned in so there’s no low-end breakage or pulsating bass drops.

Maxing out the volume on phone, TV, and computers, however, made my eyes want to water a bit. You can crank up the headset until everything starts crashing together on the treble scale. You can crank up the headset until you’re doing legitimate amounts of damage to your hearing. So use these responsibly. You’ll know when you’ve gone too far. The vocal hiss of S’s and the tinny crash of too much high hat -- or electronic snare -- will wreck your listening experience if you jam the volume up to 100 percent on these and the devices you plug them into.

My vocals coming through the detachable microphone, however, never made me sound hissy. I was surprised, considering the little bit that sneaks through the headphones. But no, whether talking through the mic on my phone (weird, I know) or chatting online, my dreamy baritone vocal chops were butter. I even affected a lisp when calling my wife, and she reported that the hiss stayed well under control.

Audible details really jumped out during gaming, though. Hearing the crunch of wet gravel under my feet, and hearing my swords and pistols rattling during parkour, really added weight and texture to Assassin’s Creed Rogue’s gameplay. I was finally hearing what my Able Planets and Audio-Technicas were leaving out. The sound effects further rooted me to the environment as much as God rays, detailed shadows, and anti-aliasing do. 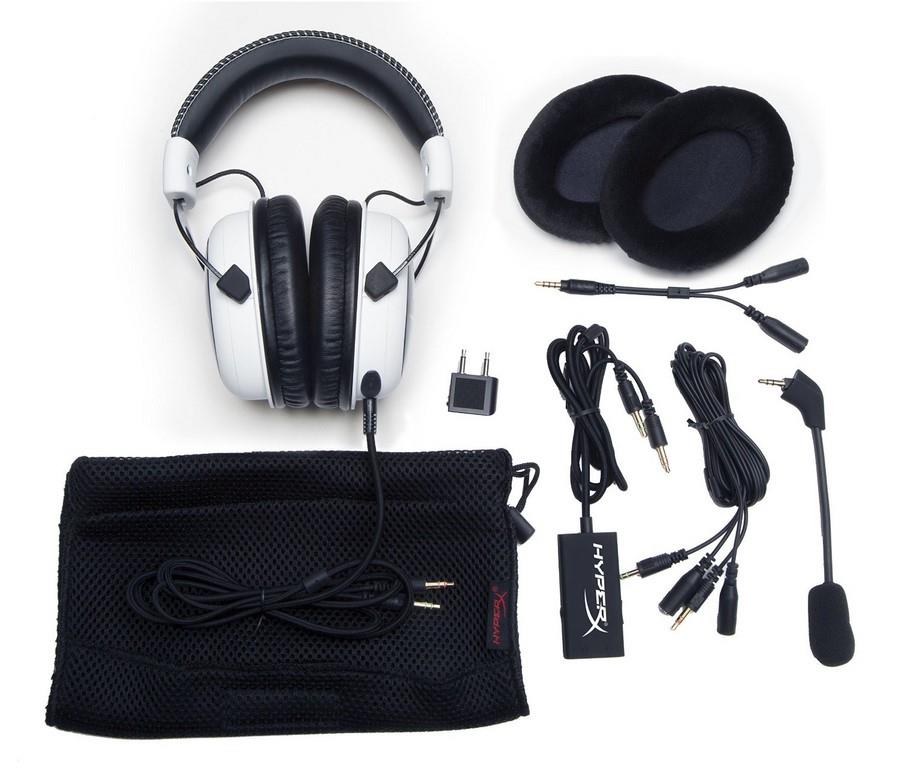 Knowing that the soundboard engineers earn their paychecks in the horror genre, I even reinstalled Dead Space for a quick look around the USG Ishimura once more. I lasted exactly as long as it took me to run for my life into that first elevator before I quit. When it comes to horror, headphones do the Devil’s work, and the HyperX Cloud made sure that every squealing violin in the orchestral soundtrack felt like a necromorph’s claw digging into my spine. Congrats, HyperX Cloud. I’m now re-uninstalling Dead Space.

Also, congratulations are in order for HyperX Cloud making me reevaluate my music collection. This headset is proving to me that Daft Punk’s Random Access Memories is only deceptively easy to digest. And even songs like Billie Jean, songs I’ve been listening to for 30 years, have nooks and crannies I’d never been able to examine before. (I’ve never seen this part of Billie Jean Town before!)

My only complaint is that the HyperX Cloud, on occasion, gives too much love to the high-end register. This, of course, depends on what you’re listening to. Musicians that break out a sharp synth snare drum and too many egg shakers are going to grate on your ears. But this is the exact same high-end love that brings out those earth-rooting aural details in a game of, say, Assassin’s Creed or Dead Space. Without an equalizer, you won’t find the right balance in everything. It’ll take some acclimation. But it's worth it.

This is the finest headset you’ll find at this price point. Full stop. Treble overemphasis aside, the Kingston HyperX Cloud Pro Gaming Headset is the one you want. A low end that doesn’t warp itself, a midsection that keeps vocals ahead of the curve, and a high end that -- provided the audio engineer did their job and didn’t insert pins and needles into the mix -- brings out eye-opening details. I have a new standby.