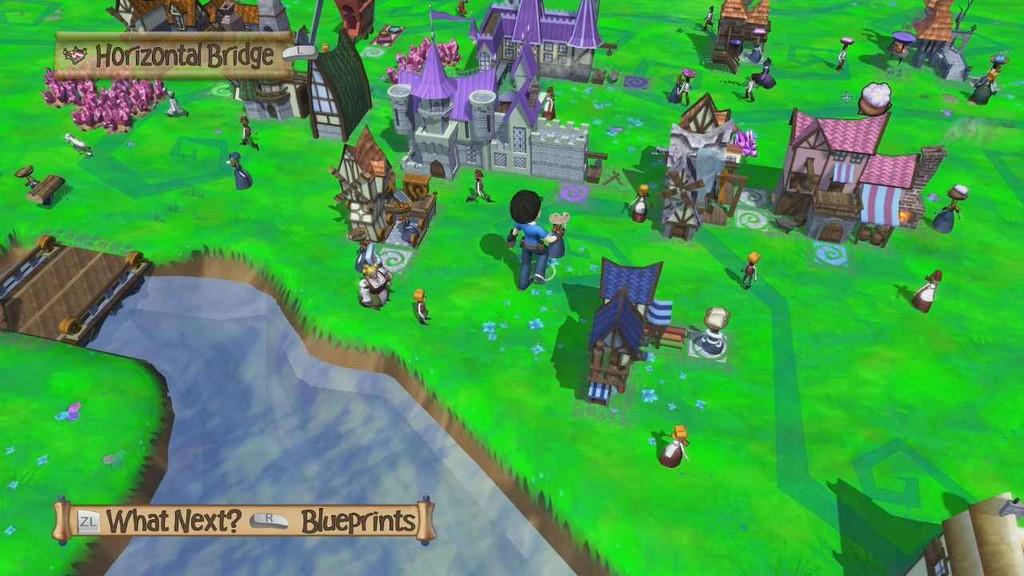 A World of Keflings

Way back in 2009 I reviewed an early XBLA game called a Kingdom of Keflings. It took the rather uninspiring Xbox avatars and turned them into Gulliver’s Travels-style titans, allowing you to play as a giant version of your avatar and direct the lives of tiny villagers called Keflings. The game took the typically obscure genres of city building and god games and boiled their base elements down into easy-to-grasp mechanics. With minimal tutorials you could have a small Kefling village up and running in minutes, cranking out buildings and generally working its way to prosperity.

The next year developer Ninjabee Studios followed up their Kingdom with a more ambitious sequel, A World of Keflings. After finding success on Xbox 360 and PC in 2010, the game was recently ported to Wii U. I’ve been helping my Keflings eke a living out of the wild for a few weeks now, and I’m happy to report that the series has made a comfortable and smooth transition to Nintendo’s current hardware.

It’s a little weird playing a once Xbox-exclusive title on Wii U, but playing on a Nintendo console just makes me like the game even more. For one, you now play as your Mii. I never liked the generic, stiff Xbox Avatars with their plastic hairstyles and shameless ad-logo shirts; they lacked a playfulness and humanity that the comparatively simple Miis embodied through their customization and personality. Tromping around the Kefling world as my Mii is a lot less creepy than doing it with my Xbox avatar, with his frozen smile and awkward slouch.

This game also fixes one of the main issues with Kingdom—it’s length. As an early XBLA title it was pretty small, and just as you were getting a handle on building a Kefling empire, the game was either over or you just ran out of things to do. The sequel is at least two third bigger than its predecessor by virtue of giving you three separate kingdoms to explore, each with its own geography, climate, resources and unique Kefling culture. This added a whole new angle to the game’s whimsy and humor; the arctic Kefkimos have a completely different lingo and perspective than the Keflings who live in more temperate forest valleys.

Of course, many sequels either crowd their framework with too many superfluous new ideas, or worse, spread themselves too thin. Not A World of Keflings. It’s the same solid gameplay from the first game, adequately expanded, and still brilliantly straightforward and laid-back. While so many strategy and micromanagement games are about deadlines, impossibly thick minutiae, building additional pylons, etcetera, A World of Keflings has the leisurely pace of a Harvest Moon game. You can break your back trying to be efficient and get everything done as quickly as possible, but then you’d miss out on the game’s charm. If you need to take it slow to learn the ropes, A World of Keflings will go at your pace.

The core gameplay is based on building, but it’s a sort of “teach a man to fish” idea. Each area is rich with natural resources, but the Keflings have only a small factory, maybe a few houses and little else. The first order of business is to mine these resources, by assigning jobs to individual Keflings. You do this by picking one of the little guys up, placing him on a resource, and then dropping him onto the factory, establishing a supply line. This also gives the Kefling a little hat which designates his or her job; to assign a different job, all you have to do is remove the hat and give the Kefling something else to do. This can eventually be done with command shortcuts.

The building mechanic is based on blueprints, which tell you how many—and in what layout—of each prefab component you must assemble. This can be anything from a simple house to a resource refinery and even a castle. Amusingly, Kefling houses must be infused with “love”—actual little beating heart items—before any Keflings will want to make their home there. As you explore each area, essential new blueprints are unlocked automatically and optional structures can be discovered and collected by exploring the wilderness.

While certain milestones must be hit before you get the bigger, flashier buildings, there is no ticking clock in this game. There is no race against time; you can build as many adorable igloos with snowmen out front or as many crystal refineries as you like before pressing on. This system is possible because of the game’s whimsical atmosphere. The Keflings aren’t starving to death or being slaughtered by an invading army—they’re just a little dense. They’re perfectly capable of building a civilization, they just need some direction and help with a bit of heavy lifting. This makes A World of Keflings the perfect introduction to strategy and god games. It lays out the basic mechanics of the genre but lets you learn them without a final exam staring you down. 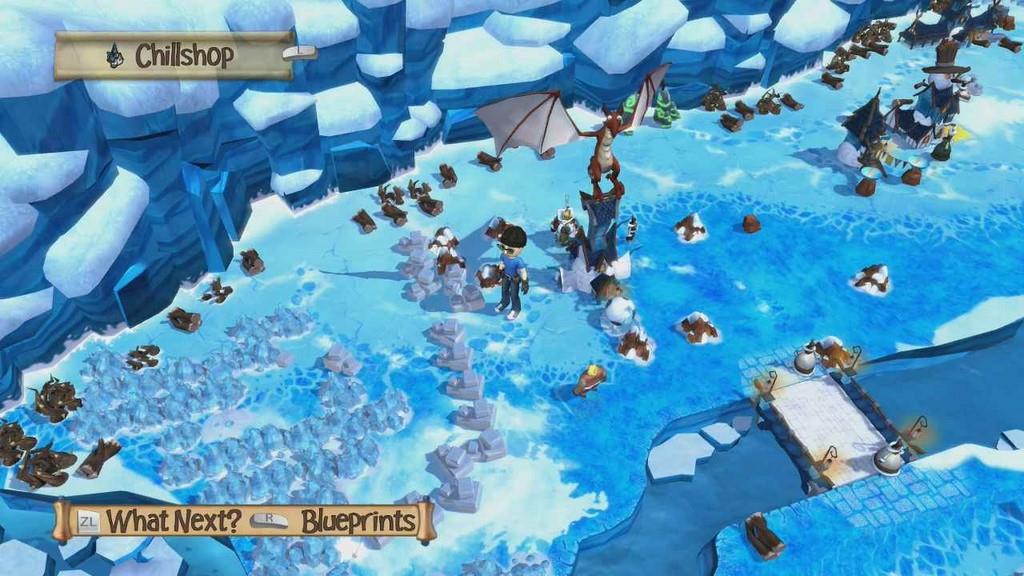 Of course, the Wii U version has some improvements over the version released on XBLA and PC in 2010. The GamePad allows you to choose which blueprints to build on the fly, instead of having to walk over to a factory and pick them out of a menu. The game doesn’t hold your hand, but it does put everything at your fingertips. The Wii U port also has noticeable improvements in resolution and framerate.

This is a four year old game, so the visuals aren’t exactly cutting edge, even by downloadable game standards. That said, it’s the game’s playful art direction and sound design that make it infectious. As I said each community of Keflings is distinct, and that includes clothes, hairstyles, mannerisms and vocals. Animations aren’t as smooth as I’d like, but this is only noticeable in cutscenes. When the camera is panned out to take in a majestic, sweeping view of your kingdom, things are more attractive. Sound design is equally good. The music is folksy and soothing, with just enough pep to get you itching to build, but calm enough to set an even construction rhythm to. The Keflings speak in their own cute little gibberish language (which I found a lot less annoying than Simlish), and I particularly liked the little squeaks they make when you pick them up and give them a job hat.

Overall, A World of Keflings is a niche title, but one made with quality and care. If you’re a serious strategy fan it’s a good game to cool down with after going hard in Starcraft II or Civ 5, and if you have friends who don’t quite understand your love for Populous, this would be a good game for introducing them to the genre. A World of Keflings won’t rival giant multiplayer titles like Smash Bros, but then again, it isn’t designed to. As a budget title that’s pushing five years old, the game holds up remarkably well and at $10 it’s one of the best bargains on the Wii U eShop. A World of Keflings proves that with a little effort, established genres and even game series can be adapted surprisingly well to the Wii U GamePad.

A World of Keflings takes the charming niche strategy series and ports it to Wii U, with a host of improvements. This is the same whimsical civilization-builder you remember, but with a streamlined GamePad interface and Mii integration. If you've never experienced the Kefling world, Wii U is the best place to do it.