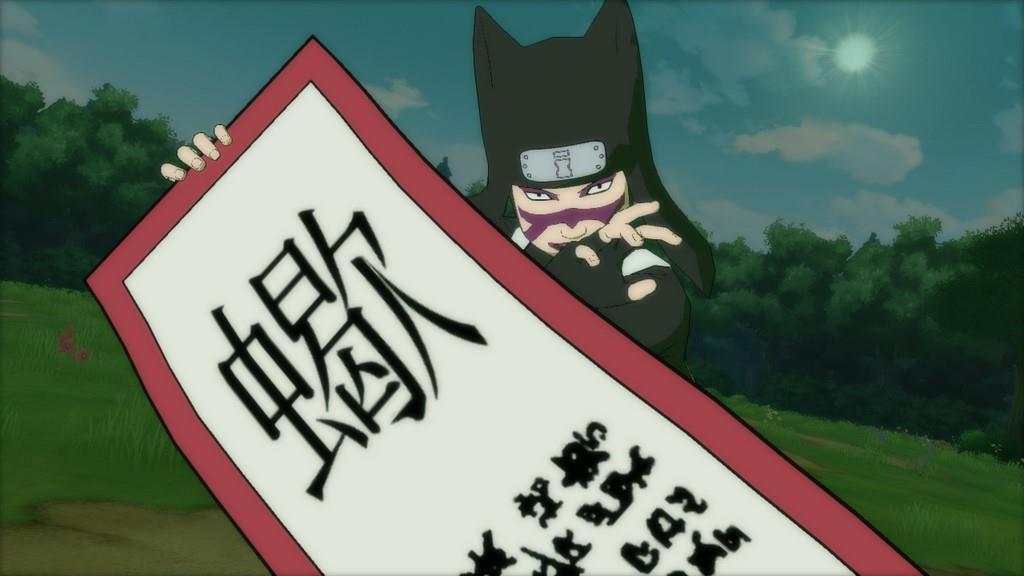 Despite having a bad track record with anime games, I went into Naruto Shippuden: Ultimate Ninja Storm Revolution with a small glimmer of hope. Much like the spikey-haired protagonist, I like ramen. Plus, the developers have gone on record saying they would like people to take this competitive game so seriously that it is a real contender at Evolution World Championship. Could it be that somebody has finally figured out how to make a great anime-based fighting game?

I'm not sure this brand PlayStation 3 game is deep enough to keep EVO fans interested, but it turned out to be a much more playable game than I expected. Although it's ultimately a shallow experience, I can see where CyberConnect2 wants to take the franchise and believe there's a lot of potential in this style of fighting game. While the concept may be there, the execution is lacking.

Instead of taking the traditional one-on-one fighting game route, Naruto Shippuden: Ultimate Ninja Storm Revolution tosses as many as four characters in the arena at once. The result is a free-for-all, where everybody is fighting for survival. It feels like a mix between Power Stone and Super Smash Bros., and features a unique scoring system that has players bleeding orbs whenever they take damage. Whoever has the most points when time expires is the winner.

What makes these fights interesting is that you can steal the dropped orbs. It's one thing to pull off a bunch of sweet combos, but it's useless if you don't pick up the orbs. I like how these rules rewards players for trying different tactics. Being aggressive is definitely a way to rack up victories, but so is holding back and picking up the orbs before everybody else.

The huge roster features 100 characters, each with their own combos and special moves to master. For the most part, each character plays largely the same. Everybody has a melee and projectile attack, and it's not hard to jump from one character to the next. The most inspired element of the combat is the unique dodge move, which teleports the player out of danger at the push of a button. While it has to be timed perfectly, this dodge allows players to get the upper hand and change the momentum of a fight. It's a great mechanic that more games should implement. 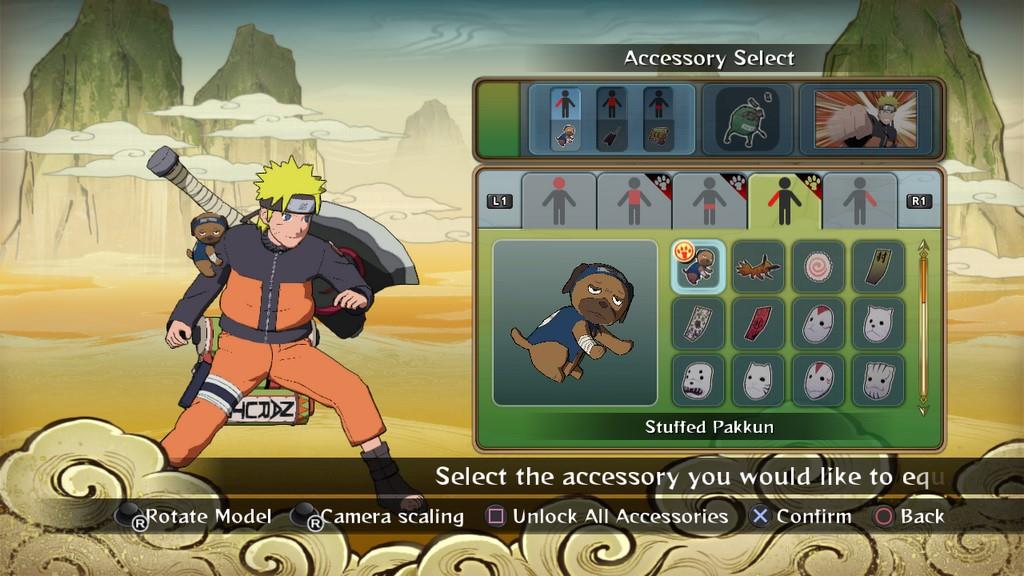 After reviewing so many products based on popular anime shows, I was surprised by the lack of content found in Ultimate Ninja Storm Revolution. All of the story modes can be completed in only a few hours, and rarely with much difficulty. Unlocking all of the characters will take a while, but this game feels surprisingly barebones when stacked up against other Namco Bandai titles.

The main mode sees players entering a tournament on a tropical island. Here you can interact with the other contestants and help them find items, beat up bad guys and solve side-quests. Making friends is important, as the tournament will require the player form teams. There isn't much to this story, but it does allow players to earn money and get used to buying combat items.

After completing the tournament, a brand new story mode opens up revolving around the titular hero trying to help a robot named Mecha-Naruto. It seems that part of his "mental stone" is missing and, wouldn't you know it, the piece can be won at the fighting tournament. This means the flesh and blood Naruto must enter the competition to make everything right. 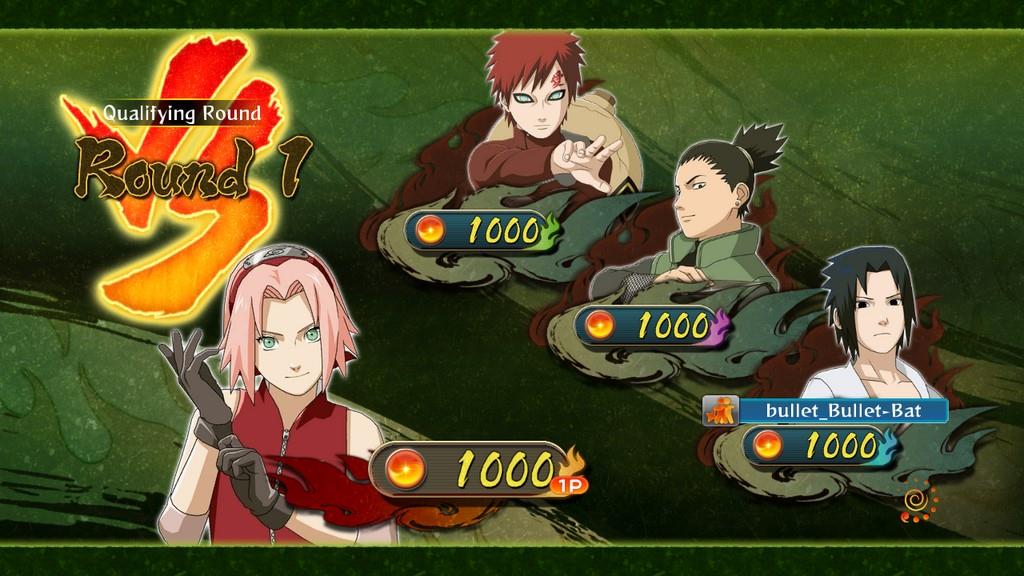 Once again, players can roam around the area helping solve side-quests and forming teams for the tournaments. This is a chance to explore Naruto's home while unlocking characters and buying items. This mode will keep completionists busy for some time, though everybody else will speed through it in no time.

The other story mode is Ninja Escapades, which tells three brand new adventures starring some of the most popular characters. These stories involve the creation of the Akatsuki, the two Uchiha and more. As somebody who has never seen an episode of Naruto, I found these stories to be absolutely baffling. Each story left me unsatisfied and with more questions than answers. It's also incredibly linear, with each fight couched between lengthy cinemas. I'm sure fans of the series will get a kick out of these episodes, but I was left confused and disappointed.

When it comes right down to it, I'm probably not the target audience for Naruto Shippuden: Ultimate Ninja Storm Revolution. While fans will get a kick out of seeing all of their favorite characters, I need more from my fighting game. I do like the direction it's going and the dodge button is handled perfectly, but there still isn't enough depth to the mechanics to keep me invested.

As fan service goes, Naruto Shippuden: Ultimate Ninja Storm Revolution has a lot of the trappings you expect from this style of anime game. Unfortunately, it's impenetrable for those of us unfamiliar with the series. And while the gameplay isn't bad, there just isn't enough depth in this game to keep fight fans happy.