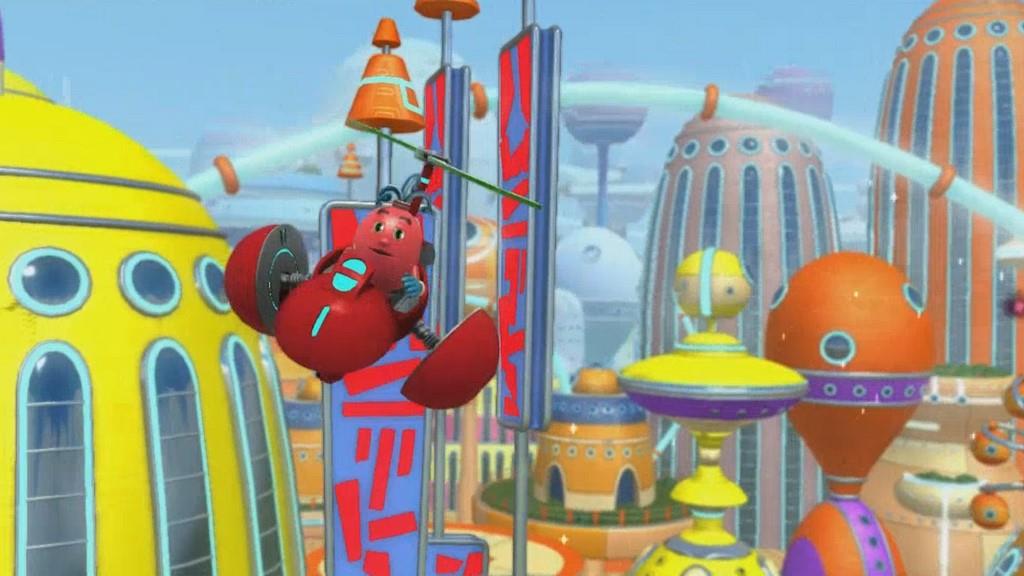 Pac-Man and the Ghostly Adventures 2

If there's something strange in your neighborhood, who are you going to call? With the Ghostbusters currently in retirement, the job is left to another spectral hunter from the 1980s -- Pac-Man. The pellet junkie is back in Pac-Man and the Ghostly Adventures 2, a brand new action game for the Xbox 360 that has completely forgotten what people liked about the overeater in the first place.

If you're anything like me, then you mostly know Pac-Man from his maze running. His 1980 arcade game made him an international superstar, landing him on the cover of Time magazine and quickly turning into video gaming's first mascot.  This game was followed up by sequels and spin-offs that, in some cases, were significantly better than the original. Recently, the pellet pounder was resurrected in two stellar Championship Edition games. With Pac-Man finally getting his groove back, it's disappointing to see him once again star in another mediocre 3D platformer.

Based on a popular animated kids show currently in its second season, Pac-Man and the Ghostly Adventures 2 takes place on a planet completely populated by Pac-Friends. In this adventure, the evil Lord Betrayus has kidnapped Pac-Man's parents, forcing him to race across five themed worlds trying to save the day and defeat the nefarious ghost. And with the help of Cylindria and Spiral, he might just be able to do it.

Although each level is filled with ghosts and other supernatural creatures, Pac-Man should not be scared about his chances. Right off the bat, he's given a powerful chomping attack that will gobble up pretty much any ghoul that gets in his way. He'll also run into a bunch of special power-ups that transform the good-natured ghost-buster into a different form. For example, Pac can put on a Chameleon suit and use his long tongue to swing from objects. He'll also discover the fire and ice suits, which perform exactly as advertised. These power-ups can help Pac solve environmental puzzles and beat up the bad guys. 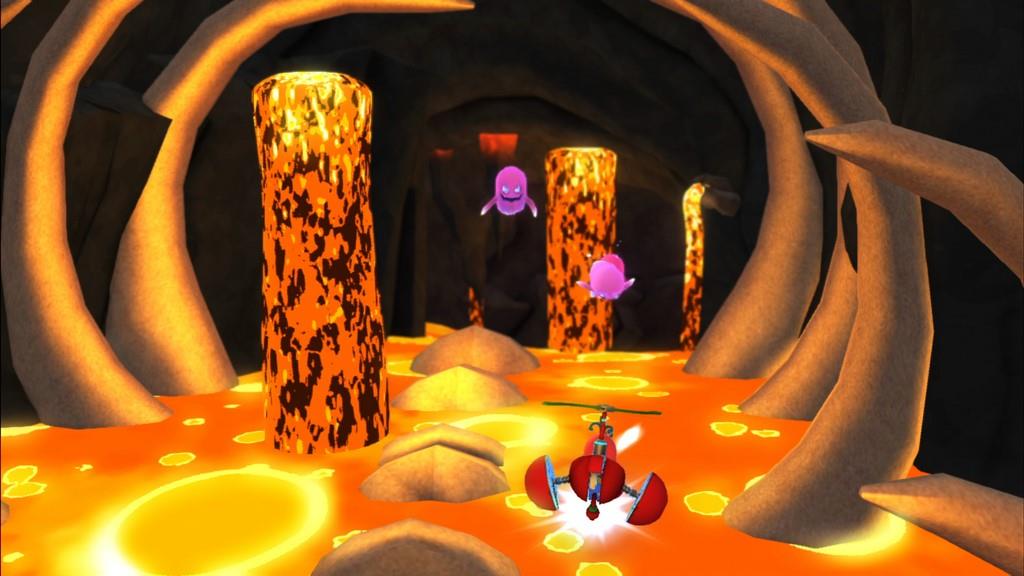 The five unique worlds are broken up into a series of smaller levels, each with their own sets of challenges to overcome. Pac starts out in his home town, Pacopolis, where he must save his friends from a Godzilla-sized robot causing havoc. Before long we're scooted off to Paclantis, featuring underwater stages that make the action even slower. Before his quest his through, our hero will battle aliens in space and even go back to prehistoric times.

The problem is not that the dozens of levels don't have any ideas, but rather that they never have any original ideas. Sadly, you've seen all of the platforming elements (including the different suits) in much better games. This game is bright and colorful, but it also feels like it's simply going through the motions most of the time. It's a game that could have been made with any mascot character.

While I like the idea of solving puzzles with the different suits, the game has a tendency of recycling puzzles. We're introduced to the power-ups early on and then expected to perform the same boring tasks in level after level. The themed worlds mix it up a little bit, but there are far too many stages in each location. It's as if half the game is nothing but filler.

The game will occasionally introduce mini-games starring Pac-Man's friendly helpers. There are several times when the platformer will transform into an on-rails 3D shooter. You'll also jump into a car and drive through colorful tunnels, not unlike the bonus stages in Sonic the Hedgehog 2. These are by far the most interesting portions of this Xbox 360 sequel.

While not difficult, Pac-Man and the Ghostly Adventures 2 does have a lot of annoying quirks that seemed avoidable. For example, Pac's main attack is to lunge at the ghost to gobble him up. That's fine when you're standing in a large area, but much of the game takes place on small platforms that invite our hero to speed off the ledge after every chomp. The game also makes targeting certain enemies difficult, often at the worst possible times. Granted, some of these problems are more widespread than just this game, but these gameplay hiccups still lead to a more frustrating experience. 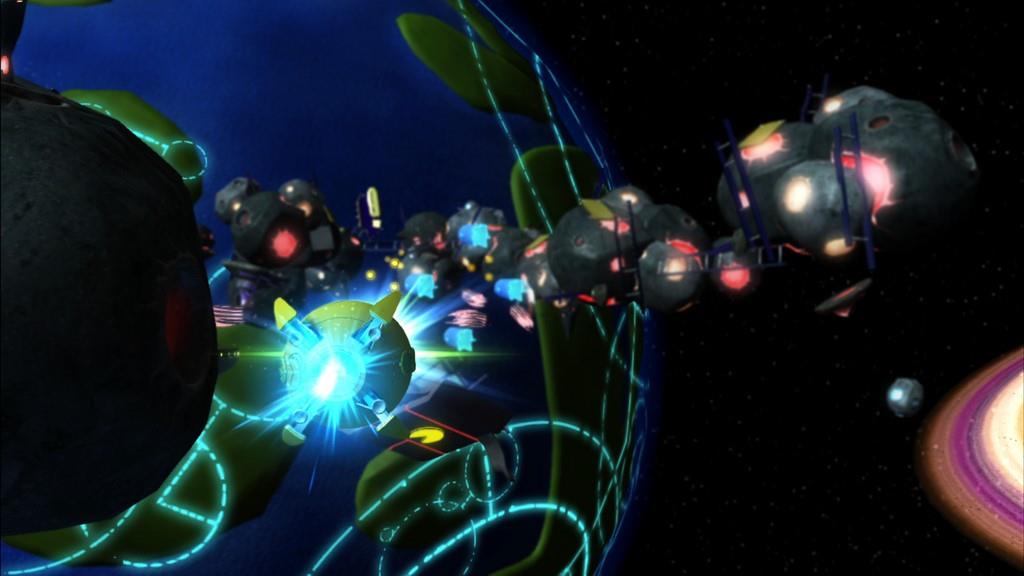 And even if you can get over accidentally falling off small platforms and traversing unoriginal levels, you still have to put up with horrendous slowdowns. There are times when the game moves so slowly that it's nearly impossible to play. Everything just grinds to a halt, giving players enough time to question why they're still playing Pac-Man and the Ghostly Adventures 2.

Everybody involved with this game deserves better. Pac-Man is an expert maze runner, not the kind of mascot that can be swapped in whenever you need a Super Mario clone. There's nothing about this game that feels fresh or original, with most of its elements found in far better action games. Young kids may enjoy Pac-Man and the Ghostly Adventures 2, but even they deserve to play a better 3D platformer.

Pac-Man is out of his depth in this brand new Xbox 360 action game. Pac-Man and the Ghostly Adventures 2 is a mediocre platformer that recycles elements from much better games. It's also plagued with technical hiccups that make certain levels nearly unplayable. It may be aimed at young children, but even they deserve a better action game.