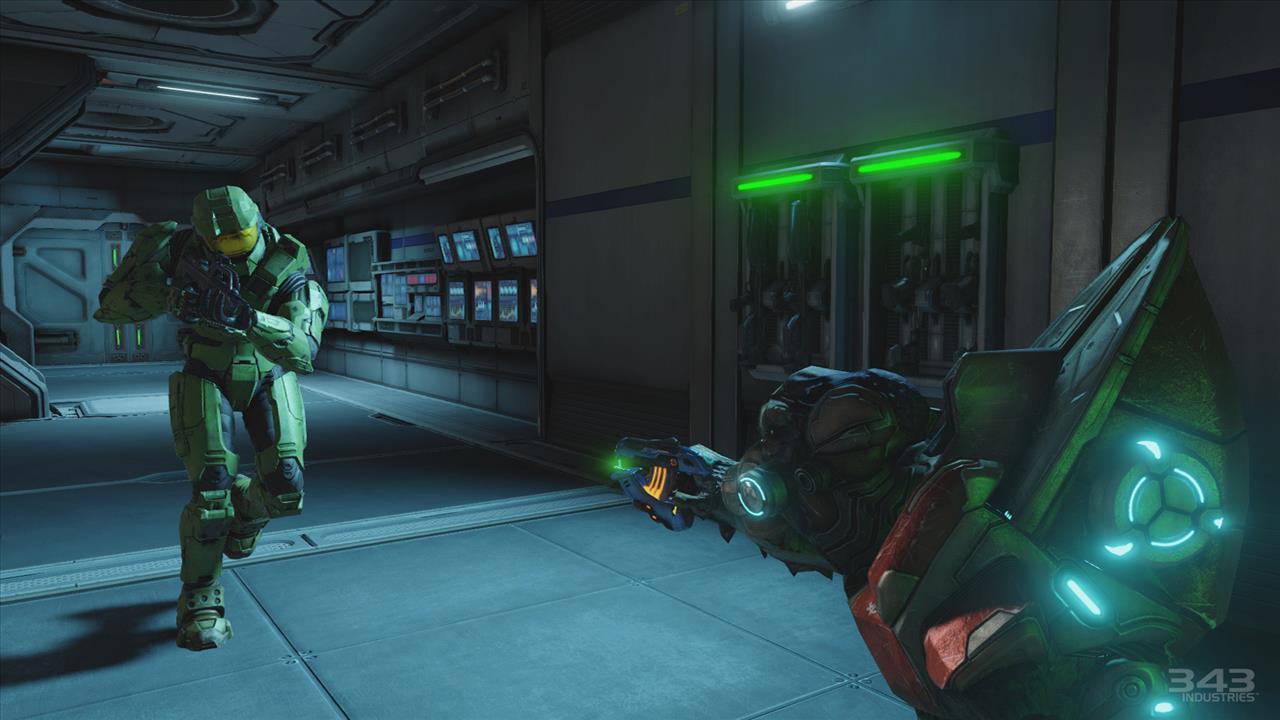 Written by Jeremy Duff on 11/7/2014 for XBO
More On: Halo: The Master Chief Collection

WRITER’S NOTE: This review is not complete and therefore will not assign a score to Halo: The Master Chief Collection. The opinions expressed here pertain solely to the single player portion of the game as the multiplayer functions were not made available to us yet. As this article goes live, we have received access to the multiplayer functions of the game and are working to test them to our fullest capabilities so that an overall score can be assigned. This review will be updated on Monday, November 10, 2014 to its final form, summarizing and rating the entire experience.

When someone mentions the Xbox, what is the first game / series that comes to mind? For many people, that would be, without any hesitation, Halo. Bungie’s classic, which now belongs solely to Microsoft, is the game that put Microsoft’s original system on the map. The subsequent sequels were all top sellers for their release periods and are considered among the best titles available for both the Xbox and Xbox 360.

The Xbox One is still waiting for its entry to the series but it is getting a little bit of a taste this year with Halo: The Master Chief Collection. No, this isn’t the highly anticipated Halo 5, that is still a year or so off. This is Microsoft and 343‘s compilation package for the series, bringing all of the main games together in a single package. This one title will give you access to the campaigns for Halo 1 through 4, as well as the multiplayer options and tools, all on your Xbox One. Halo 2, in particularly, is being given the spotlight as the game has seen a full HD remake to celebrate the game’s 10th anniversary.

I don’t think you need me to reiterate how historic these individual campaigns are in Xbox and Halo history, so I don’t feel the need to rate them all individually. You have likely played these games before and know what you are getting from the experience, and you know that you are getting a ton of content in this package. However, the quality of that content has left me seriously disappointed. I don’t feel that the first two chapters of the saga really hold up that well after all of these years. I was disappointed with Halo C.E. and I am disappointed with Halo 2, both games that I absolutely loved when they were released. 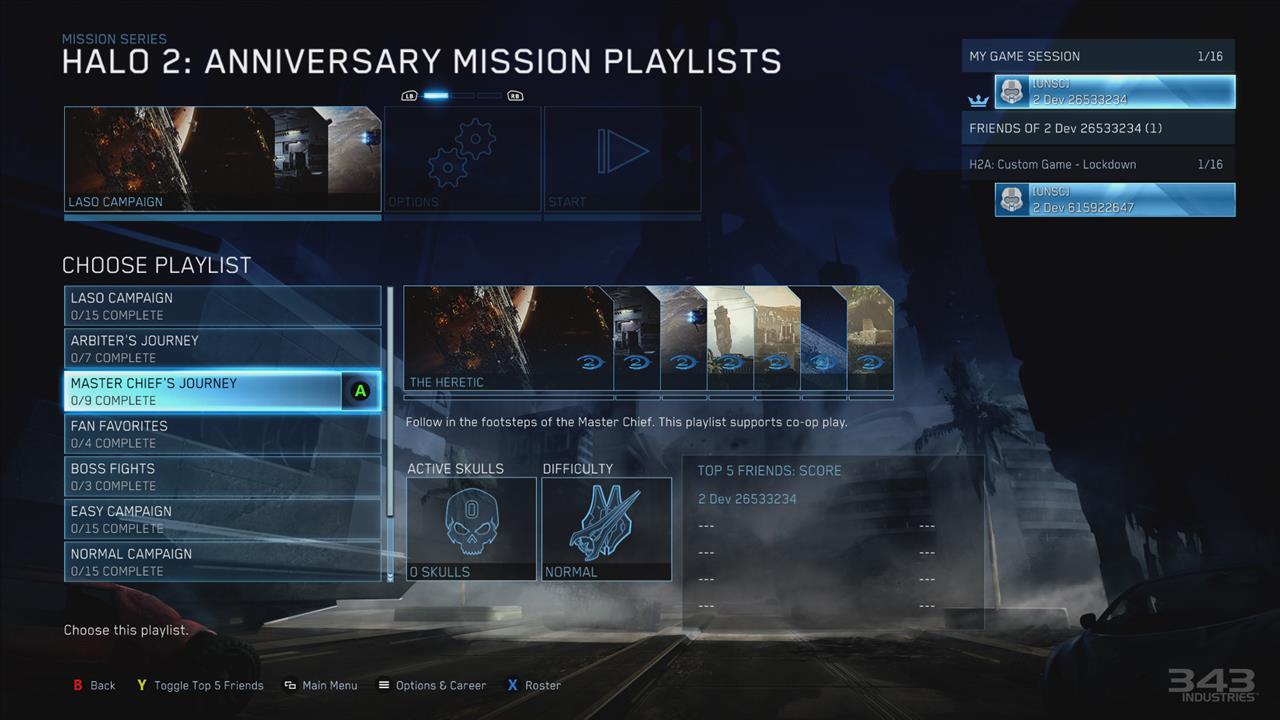 It's always been my theory with video game remakes that in order for them to be successful, the developer needs to make some sort of improvement to the game. An update to the visuals is nice, and greatly appreciated, but the gameplay experience should evolve as well. Updated versions get the most critical acclaim when the entire game itself evolves in addition to the cosmetic aspects of the game; that hasn’t happened here. Sure, Halo 2 looks and sounds better than it ever has, but it feels incredibly dated when you play it. The game’s pacing is slow and the default control schemes don’t feel comfortable any more. That same thing can be said for Halo C.E. and Halo 3, although the pacing of 3 is a little better.

Thankfully, all of the games immediately become more enjoyable, and playable, with an adjustment of the controls in the options menu. The shooter genre has come a long way in the past couple of years, and with their default settings Halo 1 through 3 feel very archaic from a control standpoint. As I noted in my review of Halo 4 back when it launched, 343 did a very smart thing by modernizing the game’s control scheme, even if some fans found it to be sacrilegious. Thankfully, there is a pre-set, modern shooter configuration available in the menu that can be applied to all four of the games. This one option really improved the gameplay experience for me immensely.

We’ve established that the “enhancement" that these games have received is merely a cosmetic one. I guess the part that I am most disappointed is that three of the four games included in this package haven’t even been given the same treatment as Halo 2. Halo: CE, Halo 3, and Halo 4 have received a resolution bump to 1080p and run at a full 60fps, but that is as far as their enhancements go. Halo 2 is the only one that has received the full makeover treatment, receiving a complete overhaul from the ground up in its visuals and sound.

Since the experience is exactly the same as it was with the original releases of C.E., 3, and 4, there isn’t any reason for players to play through the 360 ports in this package. You have played them all before, some recently (specifically C.E. and 4), just at a slightly lower resolution and framerate. Other than the slight visual bump, they are the exact same games that you played on your Xbox 360. It could even be argued that the campaign experience on them has even been crippled a bit since you no longer have to search out the hidden skulls and terminals. I understand what 343 was trying to accomplish by unlocking everything from the start of the experience, but at the same time feel that it took away any incentive to play through these games. Couldn’t there have at least been some unlockable art or something to give you a reward of some sort for the accomplishment of taking down each campaign? 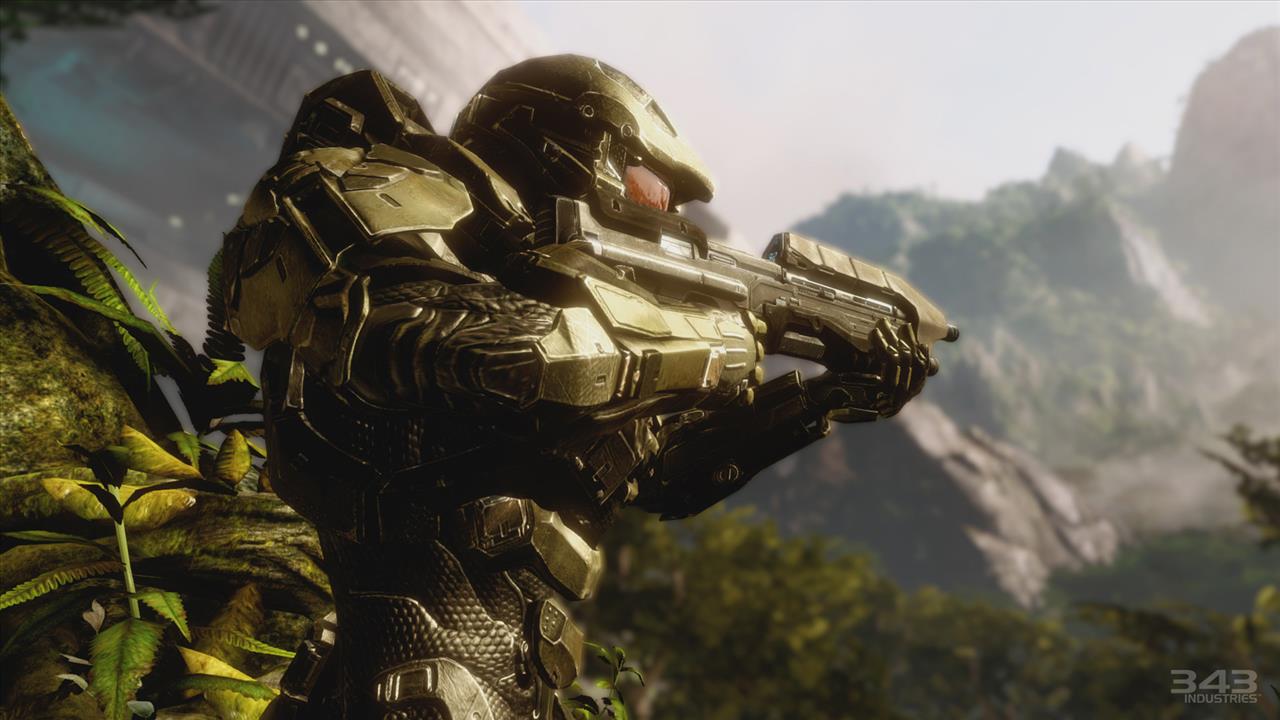 I find it extremely weird that a lot of the “bonuses” that come as a part of the game aren't even included in the actual package. You are actually sent out to another Halo application on the Xbox dashboard in order to see any oof this stuff, rendering the game as nothing more than a graphical front end to access material stored elsewhere. Theoretically, this game isn't even needed to do things such as watch Halo: Nightfall or view all the terminals from the series.

Halo: The Master Chief Collection is basically the ultimate package for the true Halo fan, but if you aren’t invested in the franchise, it isn’t nearly as impressive. You’re just retreading old waters with the exception of Halo 2, and even that game still feels 10 years old despite a shiny, new coat of paint. The Halo fan in me does appreciate having easy access to all four chapters of the Master Chief saga in a single place as we move into the next generation of his saga. However, every other gamer-related part of me is disappointed in how this collection is pieced together and presented to gamers.