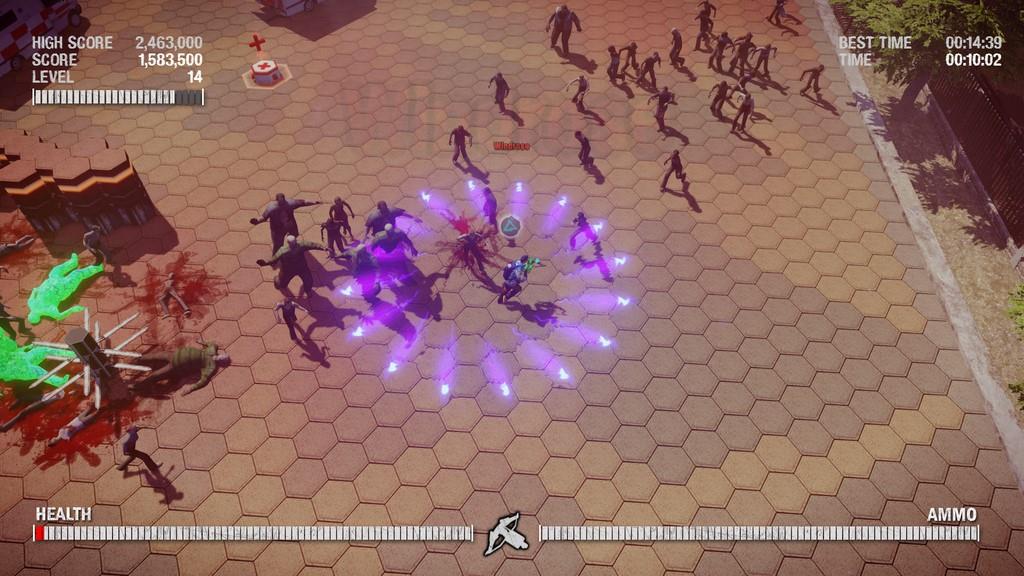 By combining zombies, dual-stick shooting and completely unnecessary hashtags, Beatshapers scored a hat-trick of played-out ideas with their brand new PlayStation 4 game. Seemingly named by an SEO marketer, #killallzombies is one of those games that felt destined for mediocrity. Thankfully, this horror-themed shooter is a lot more compelling than the title suggests.

Even after I came to grips with the dumb name, #killallzombies still left a terrible first impression. The player starts out in a large, open area where zombies can file in from all sides. To make matters worse, we're given an ineffective handgun that is too slow to kill every zombie. With its boring level design and frustrating gameplay, the experience reminded me of Crimsonland, a similarly themed dual stick shooter that left me incredibly disappointed.

Once I was able to get past my sour first impressions, I discovered that this simple shooter is a lot deeper than I had expected. The large area our hero is running around is made up of hundreds of small hexagons, which will change with each wave of attack. Sometimes the hexagons will create walls, add gun turrets and leave gaping holes throughout the stage. And with a nice assortment of zombie types and vehicles literally falling from the sky, you never know what to expect from a round of #killallzombies.

With all these obstacles popping up across the stage, it will sometimes feel like there's no possible way to do what the title demands. While it's probably true you'll never actually kill all of the zombies, your survival isn't as hopeless as it first appears. The unlucky hero will level up by shooting walkers and snagging special items, which in turn unlocks a series of perks that can turn the tables on the zombie horde.

The good news is that you'll be the one choosing the perks. Unfortunately, you may not always like your options. Every time our hero levels up, players can press the triangle button to pull up a list of four perks. Sometimes they'll be good things, like freezing the enemies in their tracks or turning into an invincible killing machine. But don't get too excited, because not all perks are helpful for every situation. There are even a few that will kill our hero on the spot. 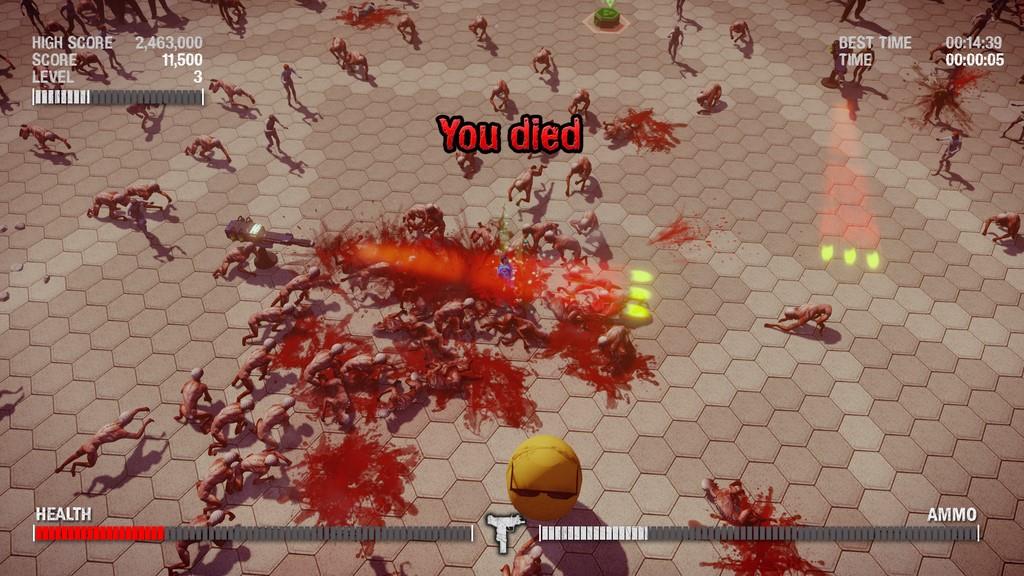 Some of the perks will alter the stage in one way or another, such as raising or lowering the hexagons. In other cases, you'll have to sacrifice speed for an extra boost in power, or trade health for a larger ammo clip. You'll also be able to create a scarecrow character to draw zombies away from our hero, as well as select bullets that will poison the bad guys. Each of these perks has a time limit, so players will have to make these tough choices multiple times in each game.

Although unique, this perks system doesn't make up for some of the game's shortcomings. Not unlike Crimsonland, the gameplay in #killallzombies doesn't feel perfectly honed. The poor guy on screen is woefully inaccurate when running around, and he's only a little better standing still. I'm sure some will argue that it's more realistic this way, but I miss the tightness of a game like Geometry Wars.

It's also disappointing that the game takes place in only one location. Like I said before, the developers make the most of the space with falling objects and walls popping up all over the stage. But that only goes so far, and I began to yearn for new backgrounds to look at. It doesn't help that the visual presentation is bland and uninspired. 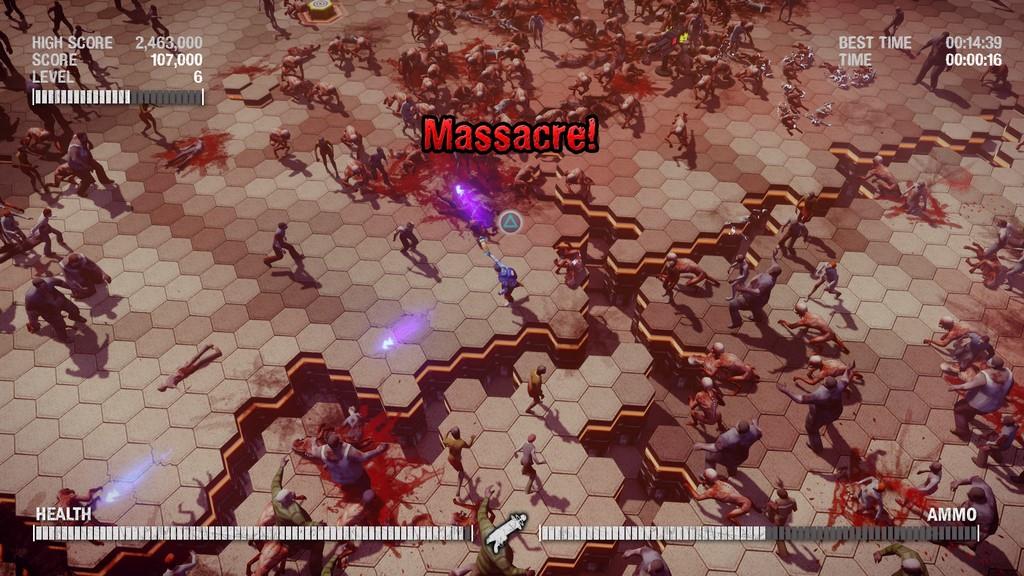 Perhaps the most troubling element of #killallzombies is that it appears to be incomplete. Of the three modes, only Survival is currently available for play. Both Defend the Flag and Co-Op Ladder are marked as "coming soon," which makes me wonder if the game was rushed out to capitalize on Halloween.

While the multiplayer modes seem to be missing, that doesn't mean your friends can't interact with you online. Zombie killers looking for a social challenge can stream #killallzombies through Twitch or Ustream, allowing the audience to choose perks and manipulate the waves of enemies. This sort of interaction feels like it's only in its infancy, but even then I really like that games are incorporating more social mechanics.

Much like the arcade games it was inspired by, #killallzombies is a shoot 'em up that is fun in short bursts. Even without the multiplayer modes, this simple action game offers more variety than it initially lets on. The perks system is just interesting enough to keep players busy until Geometry Wars 3: Dimensions comes out.

If you can get past the stupid name, you'll find that #killallzombies is an exciting dual-stick shooter with a number of fresh ideas. Sure, you've likely seen this type of zombie game before, but the perk system and constantly changing stage sets this apart from similar titles. It makes a terrible first impression, but #killallzombies ultimately proves to be worth your time.