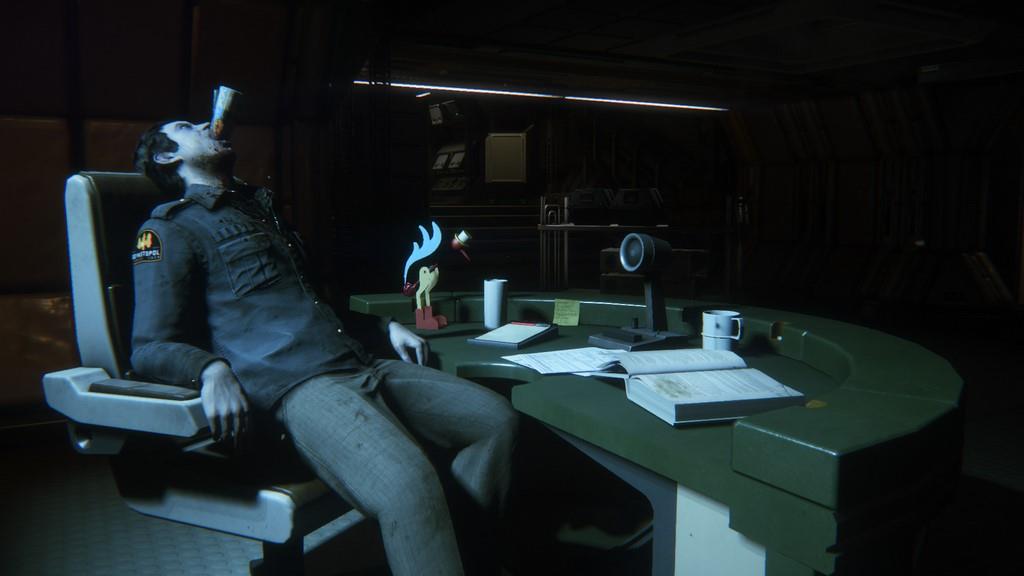 A few weeks ago Alien Isolation scared the bejesus out of me, and for the most part I really enjoyed the experience. While some critics were less than enthused or outright frustrated, I felt that the game was just long and tense enough without wearing out its welcome. That said, I don’t think Alien Isolation is a formula you can extend too much before it gets stale. Horror just isn’t something you can repeat ad-nauseum like a shooter; it takes a careful balance of elements that, for better or worse, have a relatively short shelf life. So how do you extend a game like Alien Isolation with DLC?

Creative Assembly’s answer is to add more levels to the game’s standalone survivor mode. An arcade-style challenge separate from the main story, survivor puts you into smaller levels with time-sensitive objectives, and a stopwatch timer so you can compete against leaderboard scores. Isolation shipped with only a single survivor map—Basement—which I would’ve considered a bit wanting if the main game hadn’t been so long. Isolation’s first post-launch DLC, Corporate Lockdown, adds three more maps.

The three new levels—Severance, Scorched Earth and Loose Ends—follow an unscrupulous Seegson executive named Ransome as he tries to buy his way off of the doomed Sevastopol station by using the Nostromo flight recorder data as a bargaining chip. I heard about Ransome while playing the main game so I was interested to see how his story played out, but unfortunately plot plays a distant secondary role in this DLC. There’s some expository text before each level and some minor explanation behind the objectives, but that’s it; no cutscenes or even voiceover work. You don’t even have to play as Ransome—you can choose Amanda or Ellen Ripley too, which makes Ransome’s story entirely expendable.

That disappointment aside, the levels themselves are good, if you know what to expect. If you haven’t played survivor mode yet, you should be aware that it can only be played on hard mode and there are no save points, so if you die (which will happen often, believe me) you have to start the level from the beginning. If you play all three levels in sequence, your equipment won’t carry over from one level to the next; expect to hunt down that flamethrower in each level.

Severance starts off in Ransome’s quarters, on the executive habitation deck. This level has a number of apartments, a lounge with a stunning view of the rest of Sevastopol and its parent gas giant, and even a movie theater. Parts of the level are also on fire. Considering the hard-lock to the most difficult skill setting, the alien will be actively stalking you the whole time, only retreating up into the vents for a few seconds before dropping down again, often right in front of you. Maybe it’s just me, but in this DLC if felt like the alien was toying with me. 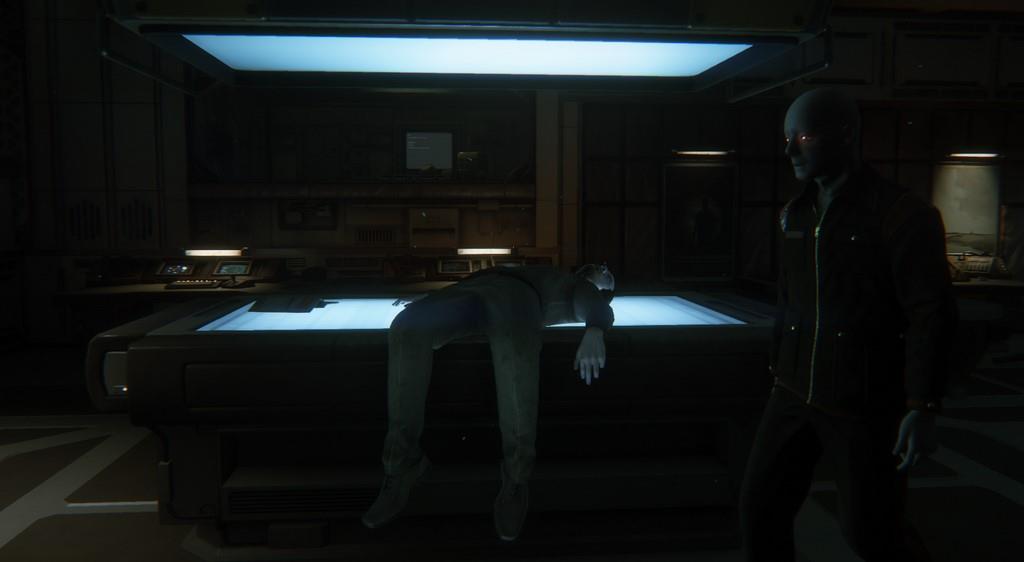 Scorched Earth takes a lot of cues (and map design) from Isolation’s medlab levels. The map is a bit smaller than Severance but the objectives are trickier. One involves rescuing a civilian from a burning room, which is pretty altruistic for someone like Ransome. As before, the alien is never far behind and is even more dangerous in this level’s cramped confines. Loose Ends takes a slightly different approach, forcing you to avoid hostile androids and lock down sections of the map; the alien will only show up at the end of the level once you unlock the exit elevator…unless you’ve been making a lot of noise.

These levels are all expertly constructed, like microcosms of the ideas and systems in the main game. That said, my issue with the original survival map remains: trial and error. In the main story mode you were encouraged to be cautious, stealthy, and avoid taking risks. Patience ruled the day. In survival however, the objectives all have a strict time limit and the level’s exit won’t open until you’ve completed all objectives or they have expired. This is logical for the civilian suffocating in the burning room, but for closing blast shutters or stealing computer records the time limit doesn’t make sense. It encourages you to rush, which gets you killed even more than you would normally. It also means that you must plan out a speedrun course of sorts for each level, so that you can obtain important items (like the flamethrower) and complete objectives in a set order, as some expire sooner than others. 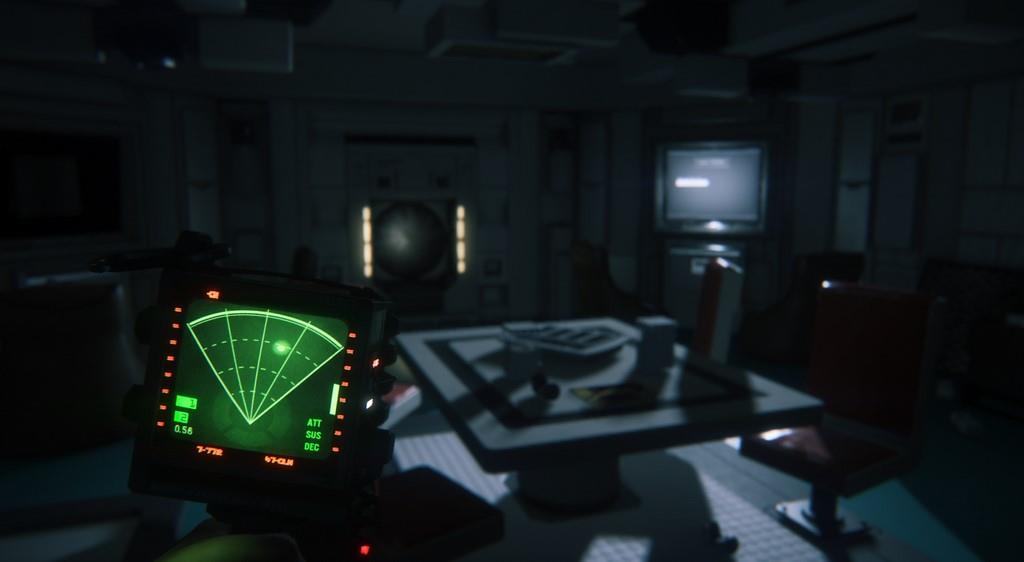 The problem is that by its very nature, this game is unpredictable. The alien can and often does drop out of nowhere, forcing you to hide under a desk or in a locker, sometimes mere feet away from a rapidly expiring objective. This means that you’ll inevitably be rushing to find each objective and dying a lot in the process, or camping by the exit and waiting for the clock to tick down. Incidentally, you can only get the highest score by completing the objectives.

I don’t fault Creative Assembly for releasing more survival maps, and I can’t really complain about an expert mode for being challenging above and beyond the main game. I guess my only real criticism of Corporate Lockdown is that it promises to tell a story, and then…doesn’t. There are a lot of cool blanks to be filled in with Isolation’s backstory, and I just wish the developers weren’t using the challenge map packs to do it.

If you wanted a few more maps for Isolation’s survival mode, Corporate Lockdown presents a suitable challenge and is worth the $7.99 it’s currently going for on Steam. That said, I wish I’d gotten to know Ransome a little better, and I’m a bit disappointed that I probably won’t be learning much about the characters in the upcoming DLC packs either.

Alien Isolation: Corporate Lockdown adds three well-crafted maps to the already solid survival mode. If you want more Isolation after the main story is done then this pack is $7.99 well spent, just don't expect a story as deep or interesting as Amanda Ripley's.