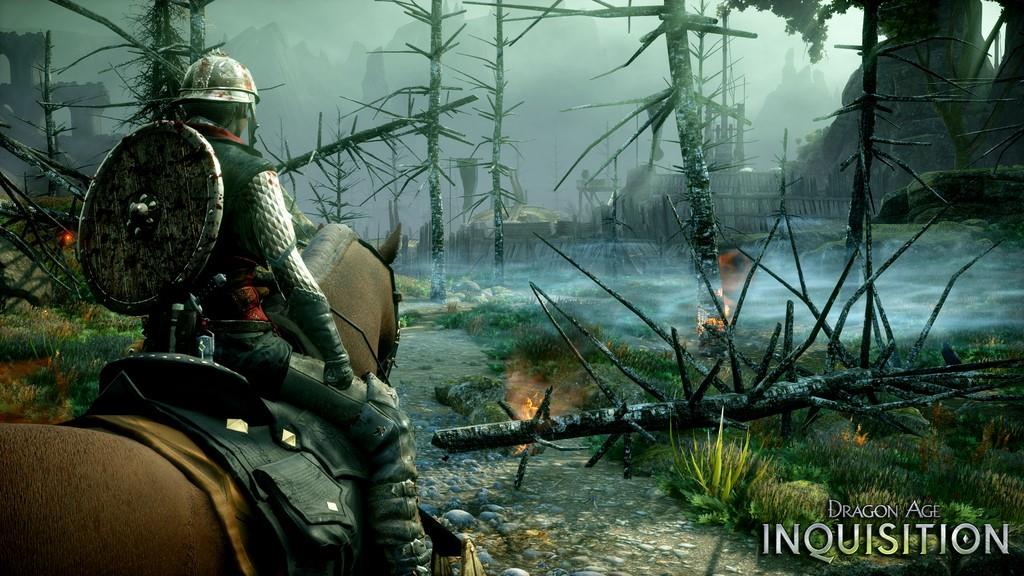 I have to be honest with everyone right up front: I am a Dragon Age virgin. This is one of those series that I have always admired from afar but never taken the plunge and played. That is all about to change after getting an introduction to the new chapter of the series, Dragon Age: Inquisition, last week in San Francisco. I got a chance to spend a few hours exploring the first section of the game on PC, and I can’t believe that it has taken me this long to join the masses in exploring Thedas. Now I find myself waiting on pins and needles for the game’s release later this month, because I can’t wait to dig deeper into this universe.

As you would expect, the experience starts off with a robust character creation system. You get to choose from a variety of races (human, elf, dwarf, or Qunari) and classes (dual-wielding rogue, archer rogue, two-handed and one-handed warrior, and mage) as well as fine tuning the physical attributes using a very intricate system. The races will play a role in the social aspect of the game, and the classes will dictate which stills and equipment your character will be able to use. Physically, you have control over nearly every aspect of your character, from the obvious choices like sex and hairstyle to even fine tuning the shape and position of their ears, eyes, and nose.

One of the things I enjoyed was how quickly the game throws you into the action. Too many role-playing games take their time in getting you into the thick of things, but Inquisition does its best to get you onto the battlefield as soon as possible. Following the events of Dragon Age II, it appears that there are a series of strange rifts that have opened up all over Thedas. Your character is somehow connected to them and, as a result, you've been taken prisoner and are to stand trial for your role in these strange events.

There is only one individual who is willing to give you the benefit of the doubt and give you a chance to prove your innocence: Cassandra Pentaghast. She is a very interesting character to say the least and actually one who I believe is going to become a hallmark for the series. Cassandra is a very strong-willed and ambitious warrior who demands respect from everybody she comes in contact with. This is definitely not your stereotypical, female character. Despite the protests of nearly everyone else, Cassandra takes your character out to investigate one of the closer rifts and see just how you are connected to these strange portals. 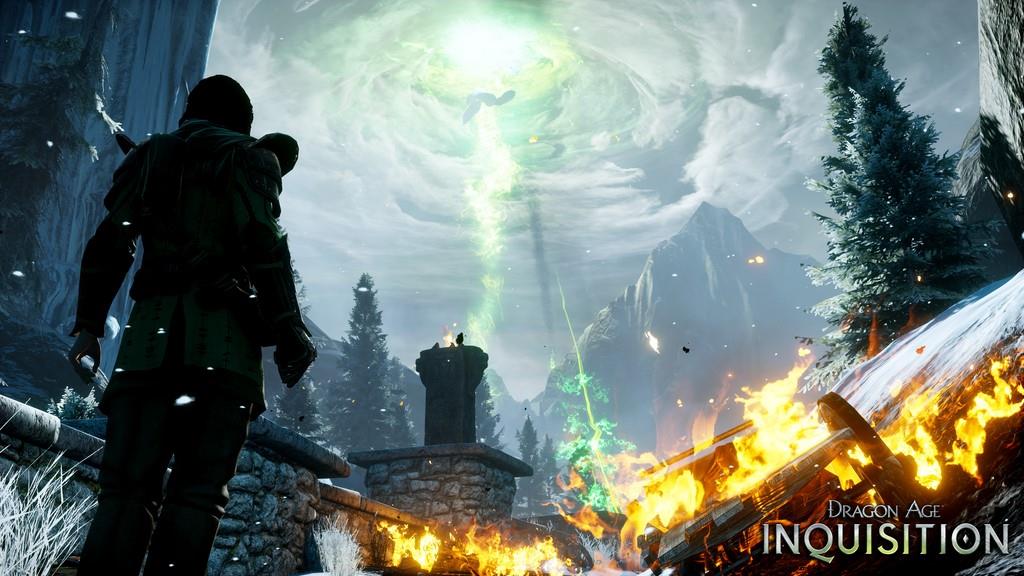 I really appreciate just how noob-friendly the game’s story plays out right from the start. While it is obvious that there's a bigger picture and universe here than I was personally aware of, the game doesn't treat you that way. I didn’t feel alienated for not being well-versed in Dragon Age history and it's pretty easy to grasp what is going on. If anything, the game has encouraged me to go back and explore the world and groundwork that were laid out before this installment.

Almost immediately after you set out for your initial quest, the hallmark of the Dragon Age franchise is brought into play: the technical battle system. The tactical camera and options are still available from your previous adventures; you can either simply freeze things and assign movements and actions to your party members, or you can enter the full tactical mode which also allows you to zoom around the battlefield and look at things from different perspectives. It is extremely helpful and downright addictive to be able to take such an approach to battle, but it is also optional. You can still play things out in realtime as a third-person action game, switching control of party members on the fly. Either way, it is addictive and a lot of fun.

You could almost say that the same tactical approach to combat has been applied to the rest of the game as well. The game isn’t anywhere as linear as the previous games have been known to be. It has a bit of an open-world feel, and the openness exists in both the physical world that opens up over the adventure and the approach that you can take to exploring it. One of the tools you will discover during launch of the actual inquisition is the War Table. This is where you will plot the growth and progression of your war efforts. You will pick where you want to explore, where you need to send scouts, and where you will launch your next siege. Once you decide where you are headed, then you will literally explore those areas, taking on a variety of side missions and duties in addition to the primary story. You will have to find idea places to set up new camps and bases for your growing army, as well as gather allies and quell uprisings. 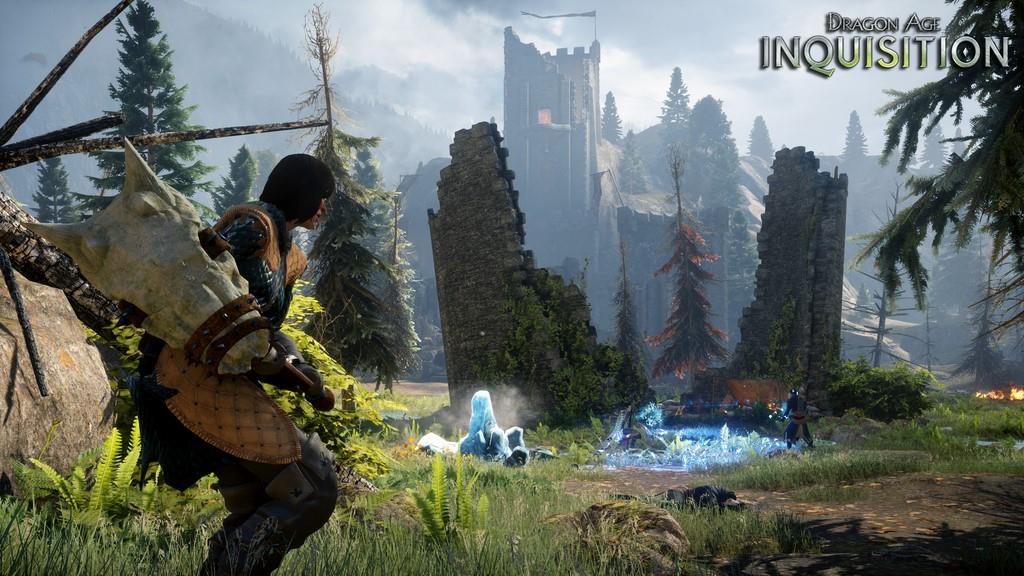 I spent the couple of hours I had with the game simply getting lost in first area of the map, known as the Hinterland Woods, gathering supplies and spreading the word of my cause. It is just so easy to get caught up in the world that you get lost and become a part of it. The world is gorgeous and engaging and the characters are incredibly entertaining. For example, there are some very well-done commentaries and party banter that occurs among the members of your party. It is all in the context of the game, giving you insight to the backstory and creating a relaxed feeling when things are slow. One conversation in particular had an elf and dwarf in my party joining forces to make fun of the humans as a whole. Cassandra immediately went on the defensive, which made them all laugh. It was very entertaining and definitely something I appreciated as a player.

Before I knew it, my time with the game was over. I hadn’t even begun to scratch the surface. Other players at the event were much further along in their adventures, based on what I witnessed on their screens, but I was so completely enamored and engulfed in the world that I lost track of time. This is the sort of game that you can get sucked into and lose yourself in, which I have experienced personally. Dragon Age: Inquisition has gone from not even being on my radar to holding one of the top spots for games I want to pick up this Holiday Season. If you are a fan of the series, you are definitely in for a treat when the game launches on November 18. Hell, even non-fans, like myself, are in for a treat as well.