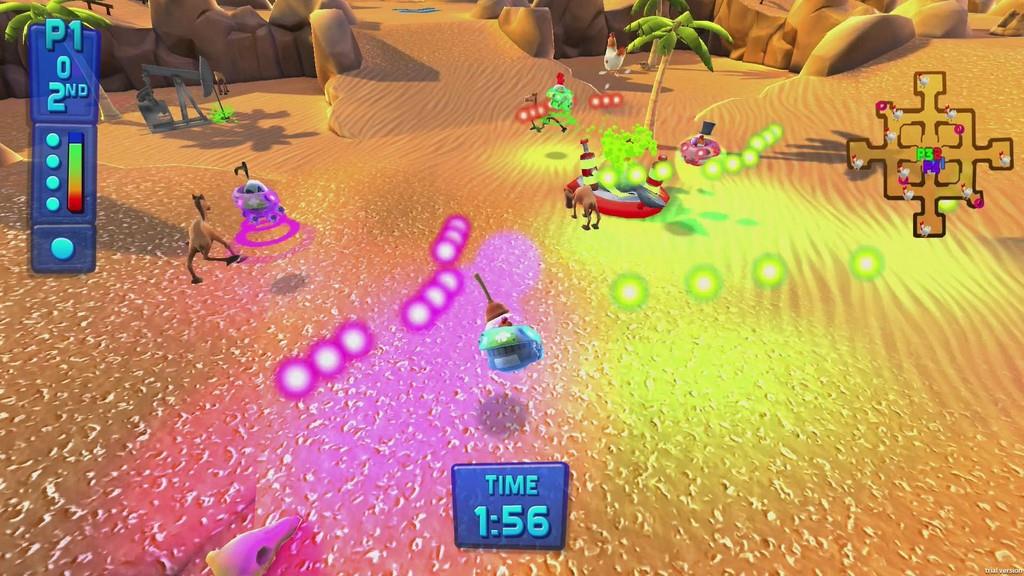 Remember when couch co-op used to be a thing? I do. Then remember when it seemed like the man tried his hardest to keep couch co-op from being a thing anymore for, no doubt, nefarious and cynical reasons? I remember that also.

Fluster Cluck is a pushback against this nameless, faceless, man that hates fun. Fluster Cluck is all about couch co-op, to the point where its singleplayer campaign should really be written in quotes as "single-player campaign" because there really isn’t one. It’s simply multiplayer with bots. This shocked me seven or eight years ago when full retail releases pulled that trick, but now it makes me sad. And a little angry for feeling lied to.

So I’m currently angry at Fluster Cluck--which is easy since it’s not at all a good game independent of all that other stuff. It’s ugly, full of garish colors, simple animation and art design, unpleasant sound effects, and extremely basic gameplay.

There are two ways to play Fluster Cluck: Career and Battle. Career is the alleged singleplayer mode. It can be played alone, or with three friends as long as they exist physically in the same room with you, since all multiplayer in Fluster Cluck is local. Missions, such as they are, occur on multiplayer maps against bots sans any sort of story. To advance, you have to finish first.

Finish first at what, you ask? Well, you have to pilot a small armed hovercraft around a map, picking up chickens, camels, and fallen enemies, then dropping them into the annoyingly named "chikkinizer" for points. The gameplay boils down to imprecisely floating around the map, shooting at your opponents twin-stick shooter style, picking up the ones you kill and trying to drop them off for points before they de-spawn, and maybe doing the same thing with the chickens and camels that litter each map. You can also collect powerups that range from shields to missiles. Don’t expect anything more complex than that. 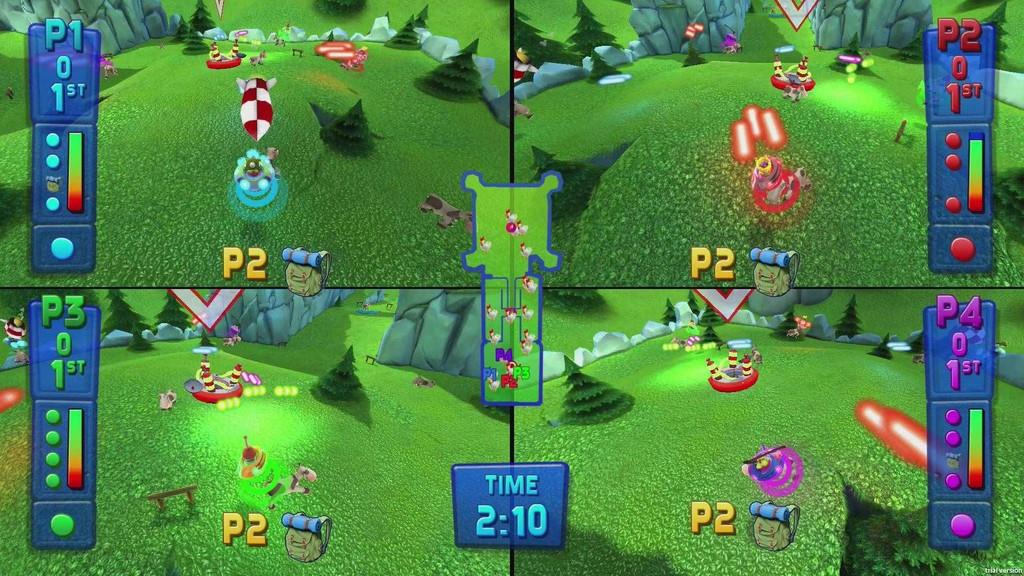 In both modes, as you progress through the levels, you unlock more and more ways to customize your ship, pilot, gun, and gear. It adds very little depth to a game that’s already about a shallow as game can get.

Honestly, I’d have a hard time recommending Fluster Cluck to even the most hardcore group of couch co-op gamers. In a world where those who are truly dedicated to this style of gaming probably can still fire up Goldeneye or Halo or some other pre-online multiplayer game, there’s no reason to spend money on something as basic and unremarkable as Fluster Cluck.

I cannot recommend Fluster Cluck except as maybe a child's first couch co-op experience. If your 8 to 12-year-old is having a three-person sleep over and has no other PS4 games, then perhaps. Beyond that, give Fuster Cluck a hard pass.