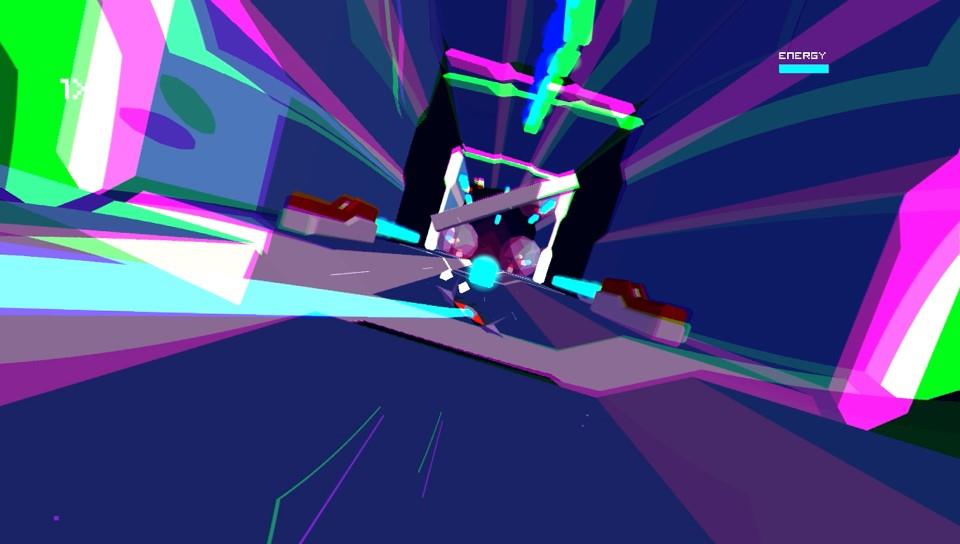 Despite launching with an impressive lineup of triple-A titles, the PlayStation 4's first killer app wasn't Killzone or Battlefield. Much to everybody's surprise, Resogun stole the show with its stunning visuals and addictive gameplay. With thousands of particles flying around the screen at all times, this Defender-inspired action game was the first game of the generation to really wow consumers and critics. Nearly one year later, Futuridium EP Deluxe has the same opportunity to steal the spotlight from this holiday's lineup of triple-A titles.

Influenced by games like Star Fox and Sega's classic arcade game Zaxxon, MixedBag delivers a 3D space shooter for people who normally shy away from the decidedly geeky genre. Spread across 50 linear stages, Futuridium EP has players shooting down blue cubes instead of engaging in challenging dogfights. It may look like a next-generation shooter, but this action game has more in common with the arcade hits of the 1980s and '90s.

Don't let the simple premise fool you. Futuridium EP packs a lot of variety into the five increasingly difficult zones. It starts out simple enough, with players attacking a flat surface full of pesky enemies guarding floating cubes. The idea is to make quick passes back and forth, all while dodging enemy fire and popping the valuable cubes. But don't worry about becoming disoriented, because the stages are linear and our craft is always flying straight forward. All the player needs to worry about is moving around the screen and pushing the Square button to turn around.

It won't take long for the stages to change from simple surfaces to more elaborate objects with interiors, moving objects, portals and an even deadlier armada of enemies with homing weapons. By constantly adding new ideas to the mix, the developers have figured out how to keep the simple premise fresh across 50 wildly different stages. You never know what the game is going to throw at you next, but you'll need to stay alert if you plan on conquering all five zones.

While using portals and blasting through destructible walls is a lot of fun, I am especially fond of some of the more complicated obstacles. Some stages have a light rail system touring the surface, forcing players to fly over the train looking for the right moment to swoop down and blast those pesky cubes. It's moments like this that make Futuridium EP Deluxe one of the most exciting games of 2014.

Instead of worrying about running out of lives, players need to be mindful of their energy gauge. The craft starts out with a certain amount of energy, which depletes the longer you fly around the stage. Destroying cubes will add a tiny amount of energy to your ship, while crashing will decrease your tank. Run out of energy and, you guessed it, it's game over.

Even if you don't make it to the end on your first try, every destroyed cube gets you a little closer to unlocking new graphical skins, bonus modes and extra lives. Although your score will be halved by continuing, these extra lives are invaluable if you intend on making it through all fifty stages and destroying the bosses. 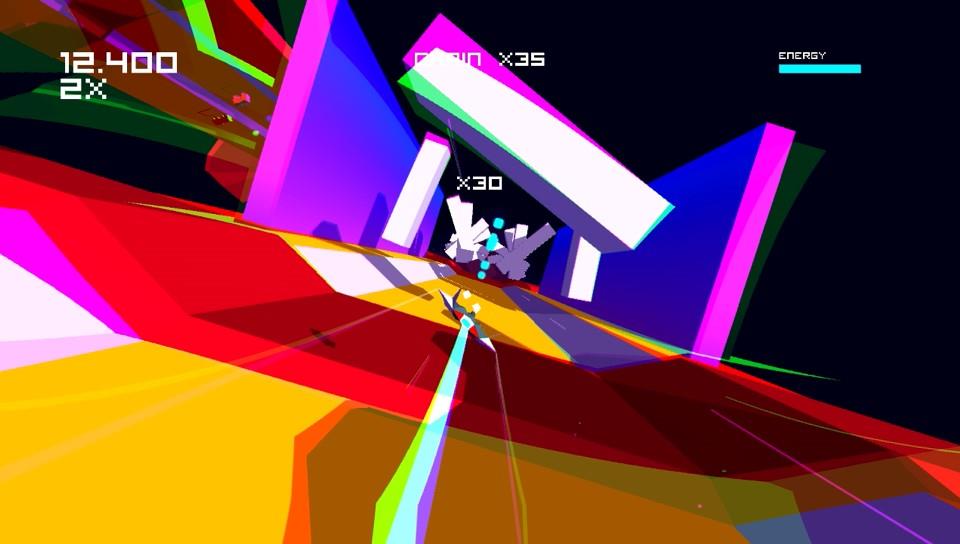 It's impossible to talk about Futuridium EP Deluxe without noting how great it looks. On both an artistic and technical level, this is one of the best looking PlayStation 4 games I've seen all year. With a heavy use of neon and clean textures, the art style has shades of future chic circa 1985. Your craft leaves a stream of light that never goes away, reminding me of something you might have seen in Tron. It's an incredible effect that paints a path of where you've been and allows the player to leave their own mark throughout the galaxy.

While visually rich on the PS Vita, the graphics absolutely shine on the PlayStation 4. The game employs a number of focus effects that really sell the art style. There are times when the objects look like they are real toys floating in space. Best of all, it uses color in ways you rarely see in modern shooters. It's an absolutely gorgeous experience that is a real showpiece for the next-generation hardware.

On the other hand, there is an argument to be made that there isn't enough variety in the textures and you'll see a lot of the same surfaces over the 50 stages. I think the different skins help add some variety, but it would have been nice to see more done with the style from one zone to the next. I yearned for a zone with grassy surfaces or objects coated in fur, but the graphics largely stayed the same while the level designs became increasingly complicated. 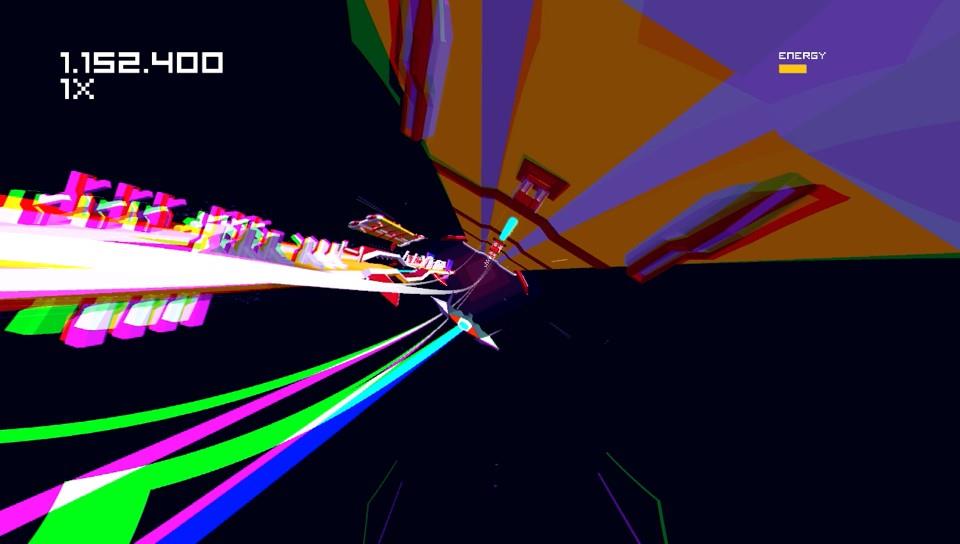 Those complicated levels are both a blessing and a curse. So many of the later stages will require players to memorize cube locations and there's often no way of avoiding replaying stages multiple times. Players need to blast through all 10 stages (including one of several unique boss fights) in order to make a checkpoint. Die before defeating the boss and you'll have to restart from the beginning. This is understandable, but occasionally frustrating.

Minor complaints aside, Futuridium EP Deluxe is one of the best action games of the year and an absolute marvel to behold. It's incredibly simple to learn and the levels are always evolving to add new and unique ideas. It's also visually arresting, featuring clean graphics that really stand out on the PlayStation 4. It all comes together to create a space shooter you won't soon forget.

Futuridium EP Deluxe is a sight to behold. It's a triumph of both art and style, with fast-paced gameplay and diverse level designs. The whole thing comes together thanks to the mesmerizing visuals and drum 'n bass soundtrack. It may have a simple premise, but this PlayStation 4 title is one of the most exciting space shooters of the year.