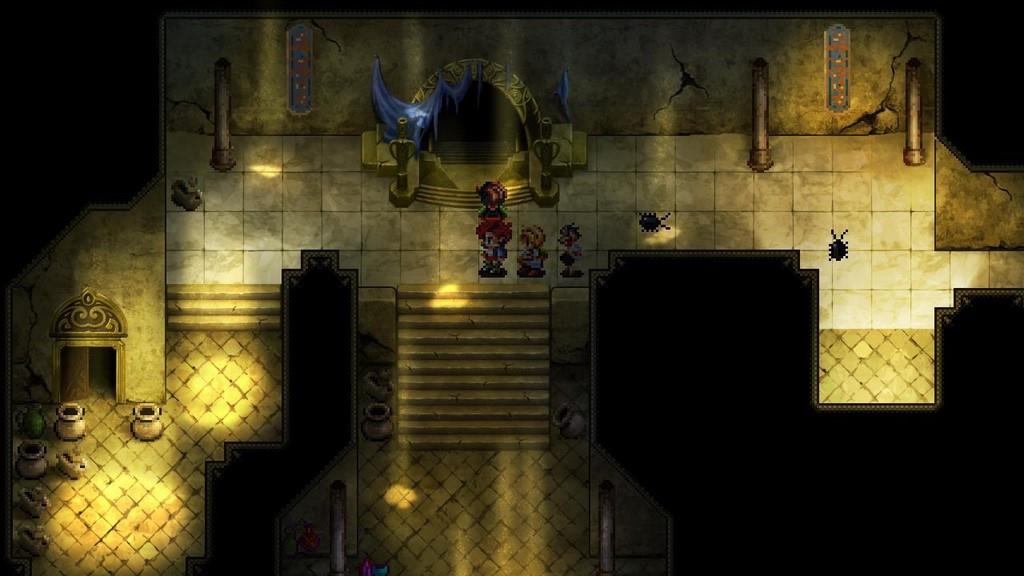 The problem with making a throwback 16-bit role-playing game is that your brand new product will be compared to the greatest releases of the era. That is certainly the case with Pier Solar and the Great Architects, which started its life as a homebrew game for the Sega Genesis and is now making its way to the PlayStation 4. It's the kind of retro-inspired adventure that evokes the spirit of the 1990s, but never quite captures what made Chrono Trigger and Phantasy Star IV so magical.

Although Pier Solar is new to the PlayStation line of consoles, its history dates back a full decade. Started in 2004, it took WaterMelon six long years to develop and ship the game as a Genesis cartridge. Four years later, they are finally bringing the game to modern platforms, allowing players to view the game in its original 16-bit glory or experience the adventure in high-definition.

You take control of Hoston, Alina and Edessot, a trio of adventurous teenagers who will do just about anything to get out of their boring village. After Alina runs away from home, the other two head out to reunite the team. It won't take long for these likeable characters to find themselves in way over their heads, which ultimately takes them on a journey around the world.

On the road, our band of thrill-seekers meet up with a number of colorful characters. You'll quickly discover that everybody has a problem to solve, and our heroes are all too quick to lend a hand. This willingness to help sends the trio through all of the classic role-playing locations, from caves to castles, deserts to swamps and forests to mountains. You'll battle large boss enemies and use powerful magic spells do all of the things you would expect from a 16-bit RPG.

The combat is turn-based, not unlike early Final Fantasy games. What sets this apart is a charge system that allows characters to not only unleash ferocious spells, but also increase the strength of their standard attacks. Of course, collecting this power requires sitting out a turn, leaving that character vulnerable to attack. The trade-off is worth it, especially as adventurers begin to learn how to cast more powerful magic.

Pier Solar takes place in a high fantasy world full of the usual suspects, such as trolls, slimes, giant insects, killer flowers and so on. The good news is that our teenage heroes are not alone and will often be joined by more experienced fighters. There are times when the team will span five characters, giving players enough variety to take on just about any bad guy. And with all kinds of armor and weapons to choose from, this is the kind of game role-playing fans will spend hours savoring. 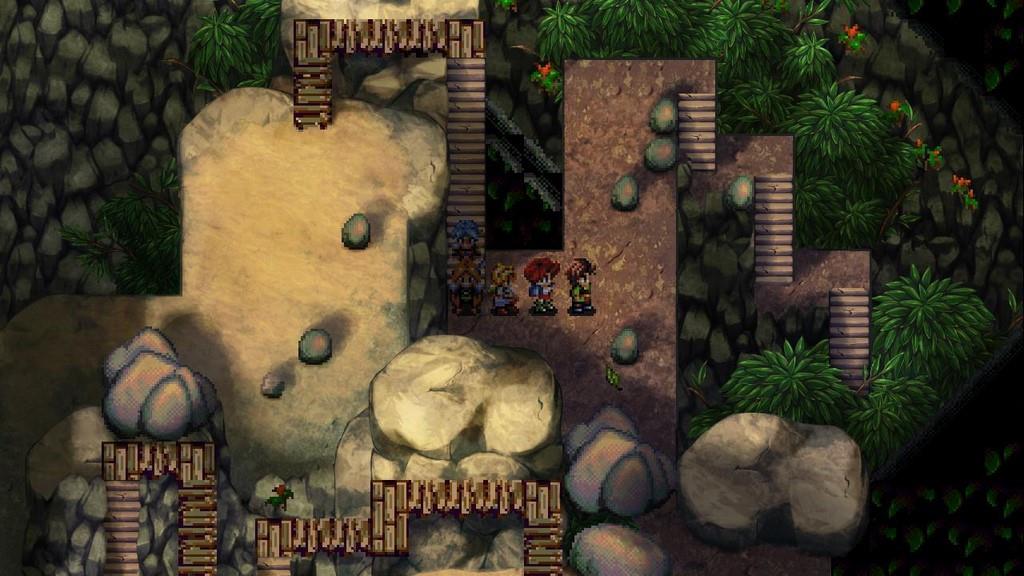 As 16-bit adventure games go, Pier Solar and the Great Architects is a good time. It has interesting characters and a great look, but is marred by a number of design decisions that make the experience more frustrating than it should be. Take the frequent random battles as an example of what I'm talking about. While many 16-bit role-playing games were plagued by this cliche, there's no reason why you have to repeat the sins of the past in 2014. Getting forced into battles every 15 seconds makes me never want to explore the large dungeons.

Another big problem involves the combat, which always feels like it's balanced on the side of the enemies. It's common for a battle to begin with the enemies attacking four or five times, followed by another four or five attacks before one of your characters gets a single shot off. This is especially frustrating because enemies will often target a single character, killing somebody off before the fight even begins. This happens constantly throughout the game, leading to me dread every single encounter.

The way you input commands is also a problem, as it requires players to predict the future. For whatever reason, players have to choose the moves for every member of the party all at once. This isn't too bad when everybody has a single focus, but it also means that you won't be able to heal your wounded party members in time. You either have to guess which character will be targeted, or spend all your time hoping the enemy doesn't go in for that fatal blow. Neither of these options is ideal, and it almost always feels like you're playing catch-up in a battle. 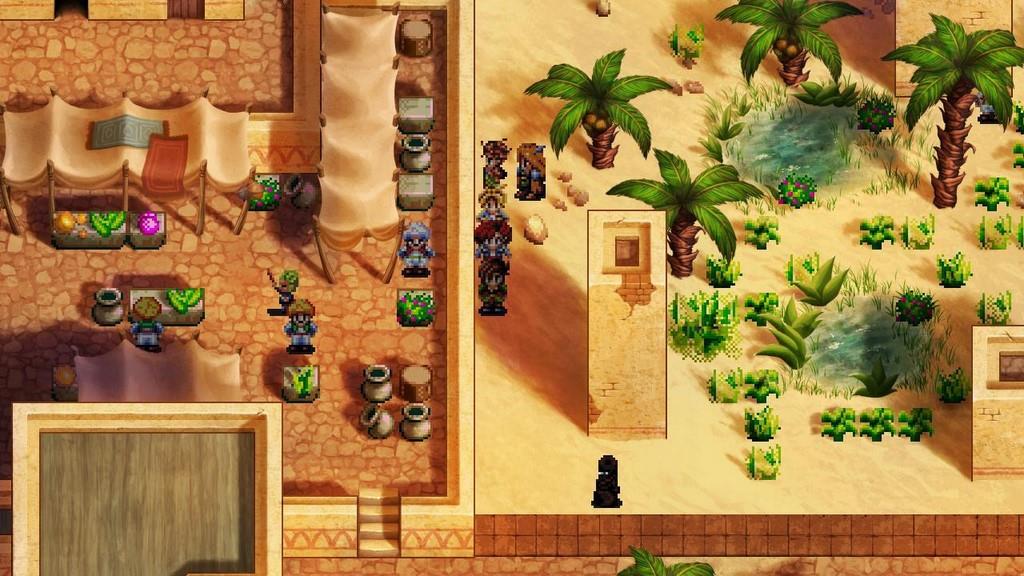 Don't get me wrong, I'm not looking for a simple role-playing game with easy enemies. I like a good challenge and think a lot of modern games are too easy, but Pier Solar often feels unfair. It's as if the enemies are playing by a different set of rules. And since even the easiest battle drones on far too long, I found myself choosing to run from every battle or let the computer AI handle my moves.

Sadly, it's not just the enemies that are unfair. The game has a bad tendency to go long stretches without the ability to rest up at an inn. While players can replenish life and magic with items, these are often expensive and of limited value. By putting proper healing points so far away, it leads to hours of frustration for no reason. And since these sections happen early in the game, it wouldn't surprise me if many excited role-players end up tuning out before the game even gets going.

Pier Solar also throws puzzles your way, but it's not always clear you're in the middle of one. Much like the turn-based battles, these puzzles often feel like they were designed to be unfair. The solutions will often come down to trial and error or searching for an important item hidden behind a pillar or rock. Instead of making me feel like I accomplished something difficult, the puzzles in this game give off the impression I accidentally stumbled onto the solution. 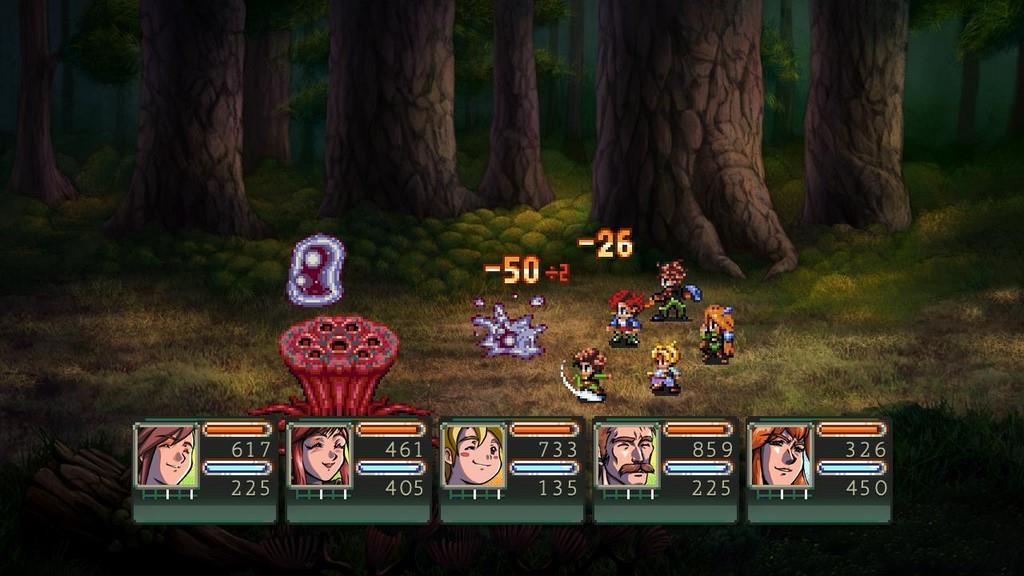 And then there's the story, which is more of a series of nice moments than an epic 16-bit adventure. Because there isn't a larger purpose, Pier Solar often felt like I was simply along for the ride. So much of the game revolves around meeting just the right person at just the right time, leading to a bunch of short missions that conveniently move the story forward. Even though I can see we're traveling across great distances, the adventure always feels small and aimless.

That said, I don't want it to sound like I had a miserable time with this throwback role-playing game. I enjoyed the writing and its sense of humor, there are a few memorable characters, the music is great, and it scratches an itch that modern adventure games can't seem to touch. But as intriguing a concept as it is, it suffers from too many problems common with 16-bit games. One would hope that the developers would bring 21st century solutions to 1990s problems.

Complaints aside, it's worth noting how good Pier Solar looks in HD. This PlayStation 4 game has been completely redrawn to take full advantage of advanced hardware. The 16-bit character sprites remain the same, but the world around them has been swapped with a hand-painted design. This includes the battle sequences, which now take place in front of gorgeous environments. It's the perfect balance of a retro and modern look. 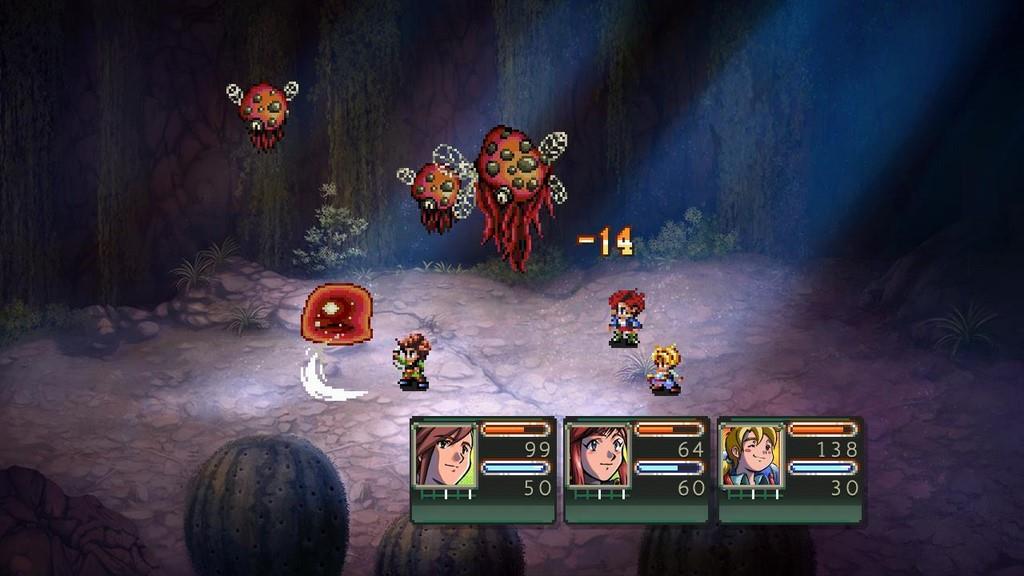 For those wanting a more authentic experience, the game allows players to swap to proper 16-bit graphics at just about any time. This changes not only the overhead map, but also the battles and cinematics. With its limited color pallet and large sprites, I couldn't help but be charmed by the Genesis design. On the other hand, I absolutely hated the HD+ option, which blurs the pixel graphics to make a smoother effect. It's ugly.

Even with a lot of missteps, I had a lot of fun playing Pier Solar and the Great Architects. While certainly not as strong as Final Fantasy VI or Chrono Trigger, this 16-bit throwback is still a good time. It evokes the spirit of the 1990s and without feeling like a retread. Fans of old school role-playing games will get a kick out of the style, even if Pier Solar doesn't quite stick the landing.

Originally a homebrew Genesis role-playing game, Pier Solar and the Great Architects has made the leap from 16-bit to the modern age. While the presentation is spot on, the gameplay is marred by combat that seems to favor the enemies. Couple this with obtuse puzzles and an aimless story and you have an adventure game that is good, but doesn't stack up to the best games in the genre.