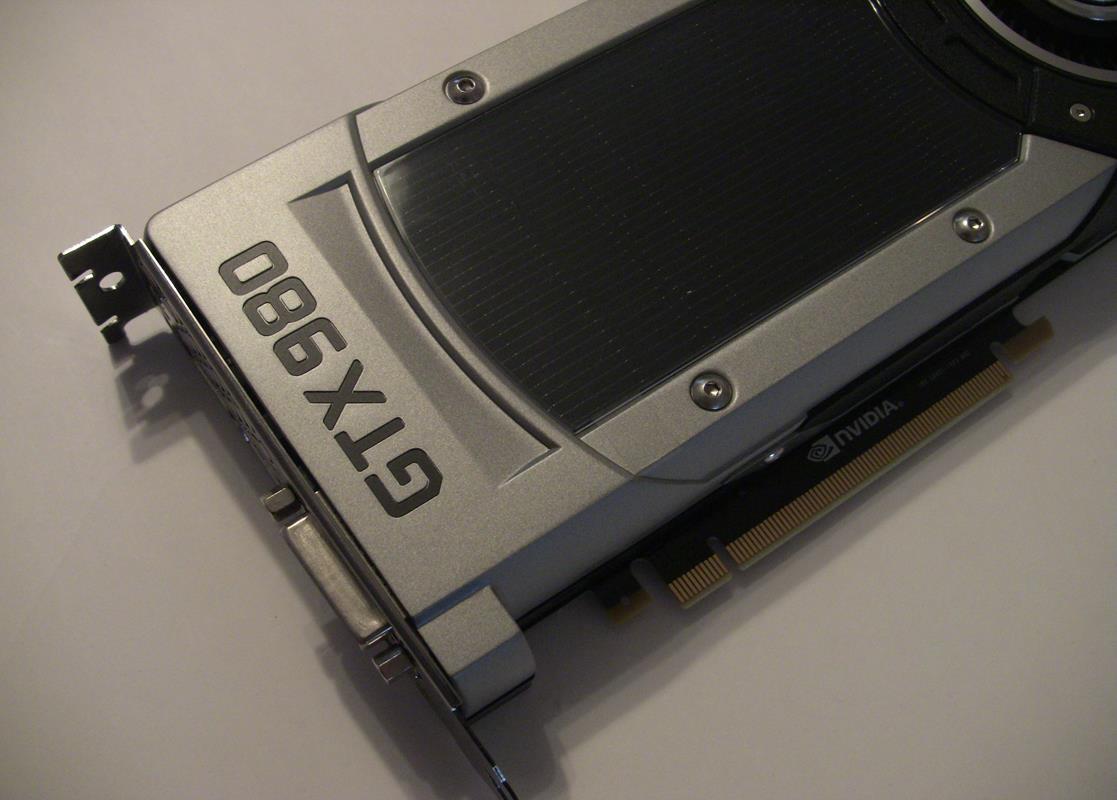 At NVIDIA Game 24 a few weeks ago, they announced their next line of desktop video cards. The big bad of the show was the GeForce GTX 980. NVIDIA was kind enough to send us a card, so let’s take a look at the latest and greatest from NVIDIA.

The GeForce GTX 980 is built on the Maxwell architecture. It’s not the first Maxwell card, that honor belonging to the GeForce GTX 750 Ti. Compared to Kepler, it’s more of refinement and additions rather than being a huge leap. Things such as improved power efficiency, Dynamic Super Resolution, and VR Direct are but a few of the new features you’ll be getting should you purchase a GeForce GTX 980 or 970. 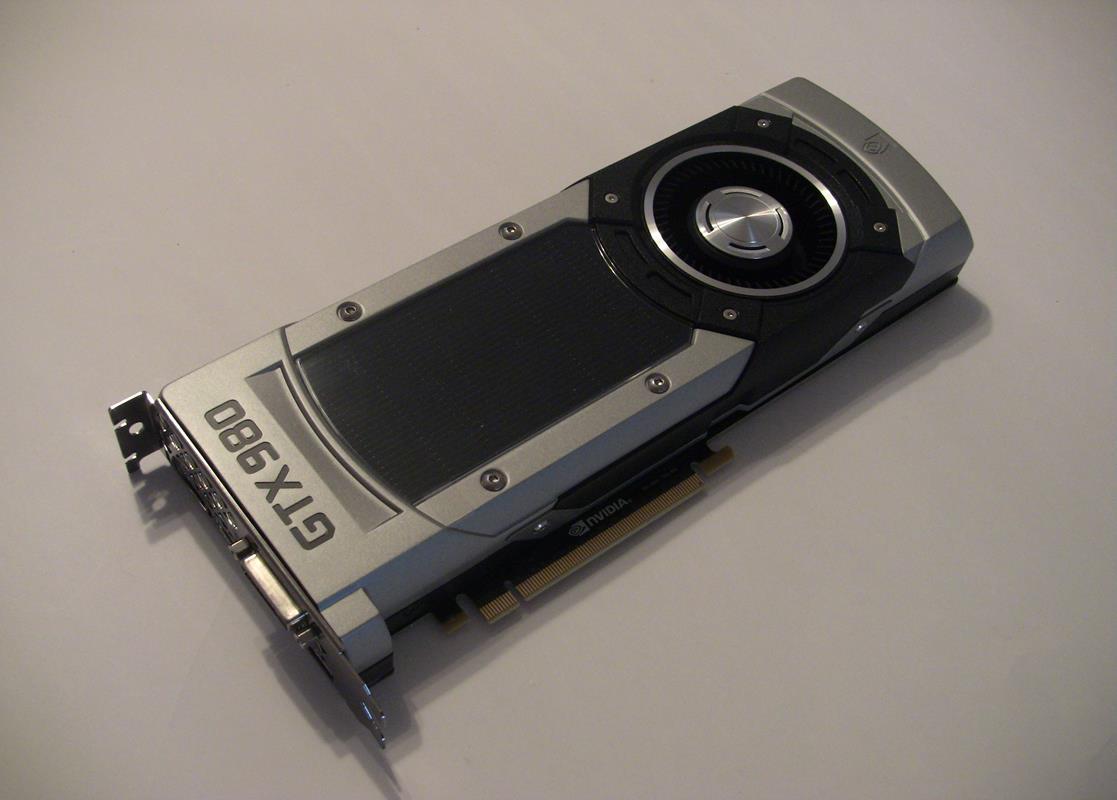 Let’s start with the card itself. The reference card does look a lot like the reference card of the GeForce GTX 780. Lengthwise, it’s the same with a measurement of 10.5”. The IO plate is where things have changed a bit. Traditionally, two Dual-Link DVI connectors were present here with a single HDMI and a single DisplayPort. Now, there’s a single Dual-Link DVI connector, three DisplayPort 1.2, and one HDMI 2.0 that will allow up to 60Hz on a 4K display. DisplayPort 1.2, of course, already had that capability. With this one card, up to four displays can now be used.

On the back, the card is now covered with a plate and hides the PCB. I rather like the covering as it helps protect the card. But, if you’re going to have a SLI configuration and your motherboard puts the cards close together, NVIDIA has provided a part of the back plate to be removable to increase air flow. Just remove a screw and it pops right out.

Speaking of SLI, the GeForce GTX 980 can do 3-way and 4-way SLI configurations. Multi-GPU setups will need a physical bridge connector and the SLI connectors are at their usual positions. 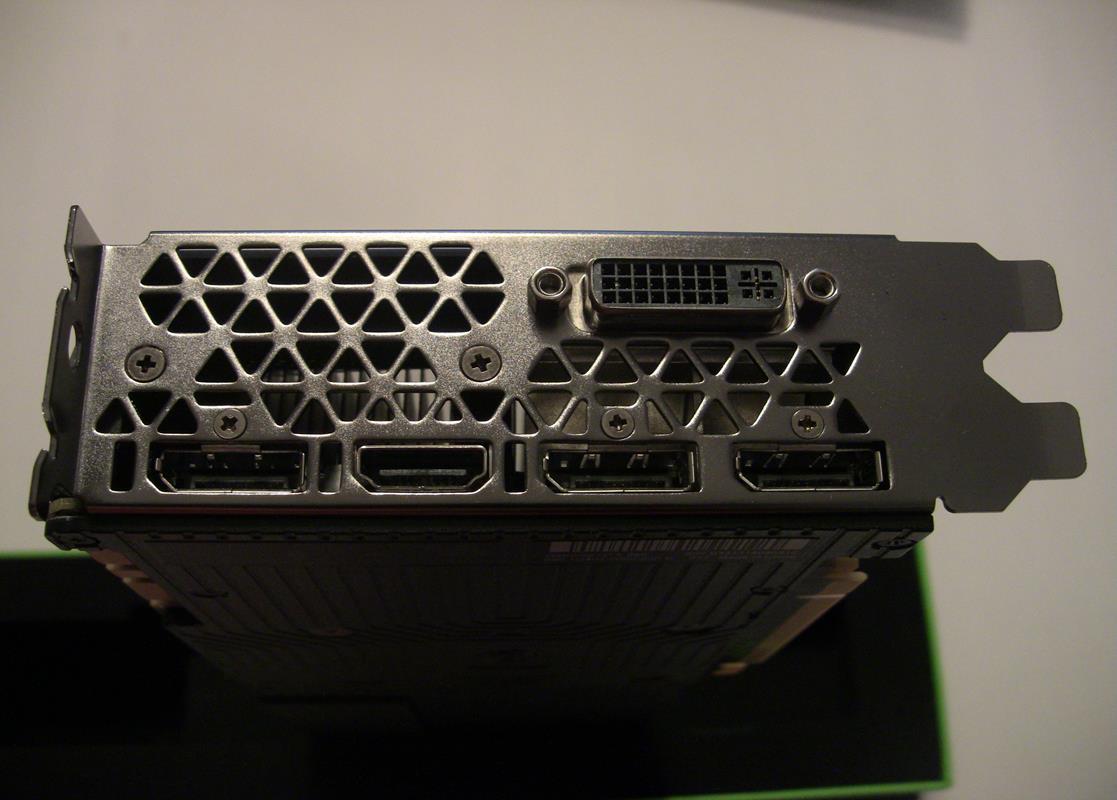 A byproduct of running cooler is that NVIDIA has gone to a traditional heatsink configuration to cool the card down. The previous enthusiast card contained a vapor chamber to help cool the components, but when you reduce the TDP by about 35% and in turn reduce the heat generated when operating, then you can afford to go with a simpler setup. NVIDIA probably saves a little bit of money by doing this as well.

So let’s talk about the internals for the GeForce GTX 980. The card houses 2048 CUDA cores and they are clocked at 1126MHz. Boosting can push them to 1216MHz. Of course, this is based on the reference card.  64 ROPS and 128 texture units rounds out the specifics of the card. 4GB of 7GHz memory at 256-bit are housed inside and there will, of course, be offerings with more memory should you so desire. 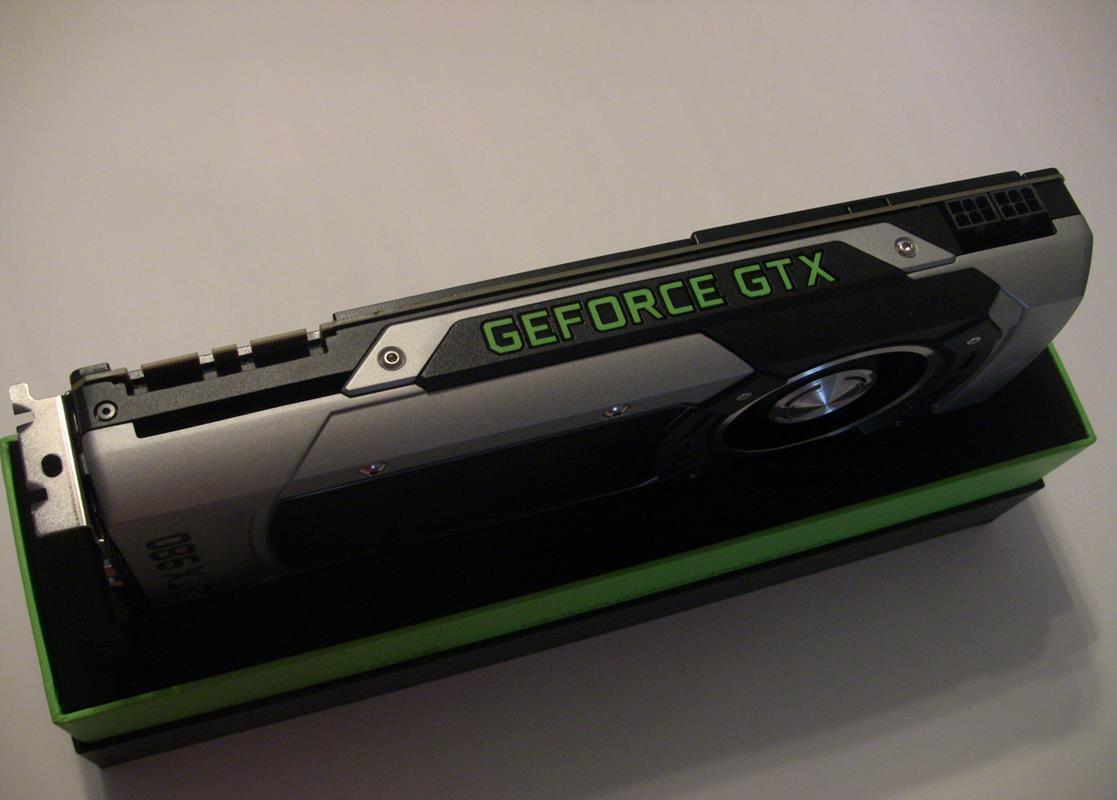 As with each generation of video cards, NVIDIA introduces some new features that take it to the next level. Dynamic Super Resolution, also known as DSR, allows those with 1080P displays to run games at up to 4K resolution. Now, you’re not going to get the graphics quality of a true 4K display, but it can improve the picture quality. What NVIDIA does is it lets you set the resolution of any game to 4K and then the image is downsampled to the resolution of your display as well as having a gaussian blur applied to it. On older games, this is a great way to run them as you have the headroom to operate at a high resolution while maintaining a great framerate while benefitting from an improved image quality. It’s less taxing than running some anti-aliasing techniques while offering up a better experience. This feature is entirely optional and a great way to get a better picture on displays lower than 4K.

As an owner of an Oculus Rift, I’m really excited about VR Direct. With the GeForce GTX 980 and 970, there are a set of features that will improve virtual reality HMD experience. Improving latency, enabling multi-framed sample anti-aliasing, asynchronous warp, SLI support, and DSR will hopefully bring the best VR experience currently possible. The consumer version of the Oculus Rift is suppose to support higher resolutions and a higher refresh rate than the DK2 so you’re going to need some powerful cards and good software to use it well. NVIDIA is bringing a lot to the table to make sure consumers will enjoy virtual reality at its finest.

So let’s get to some benchmarks. I tested the card against the NVIDIA GeForce GTX 780. My test setup included:

The NVIDIA driversversion 344.48 was used in the testing. With all the games, I ran each game three times and averaged the scores.

Batman: Arkham Origins used the built in benchmark to test. 3 iterations were run with the average posted. 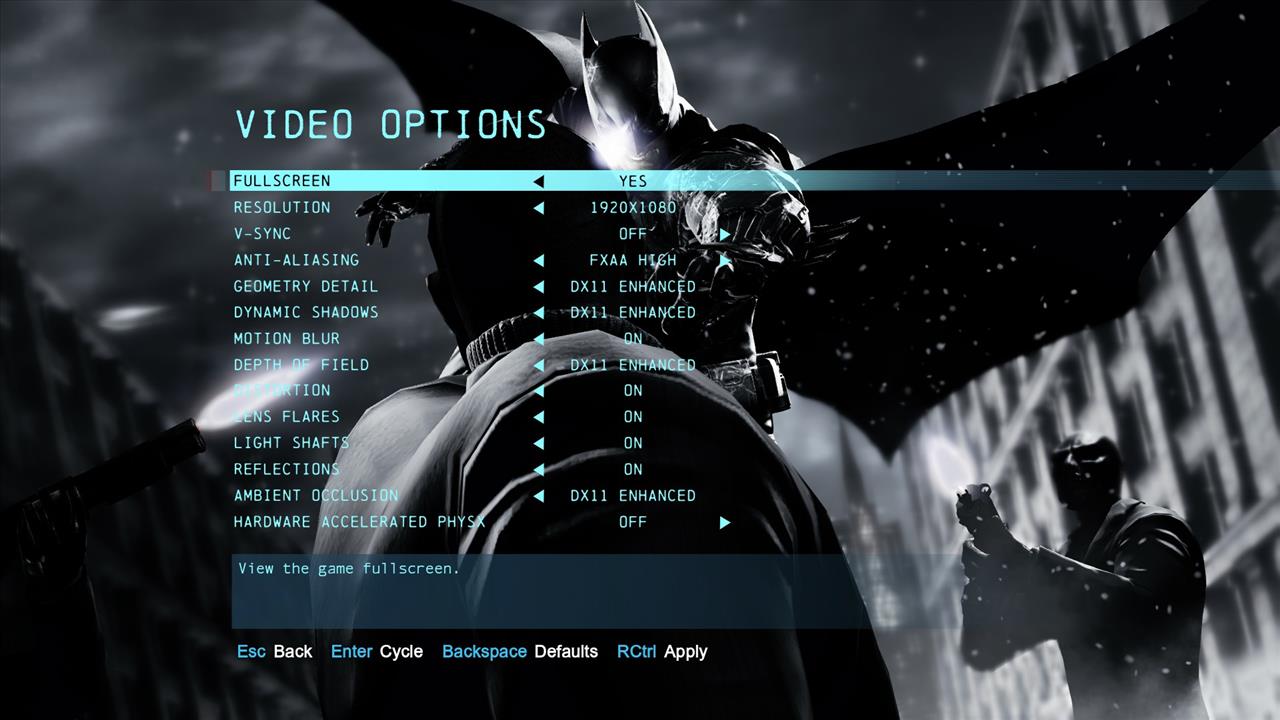 I also ran the game implementing PhysX on high. Surprisingly, the GeForce GTX 980 only managed an average of 3 FPS more than a GeForce GTX 780. My suggestion though is if you do want to use PhysX with the game, use a secondary NVIDIA card to handle all the PhysX calculations, freeing up the primary card to render the graphics.

With BioShock Infinite, the built in benchmark ran through parts of Columbia. 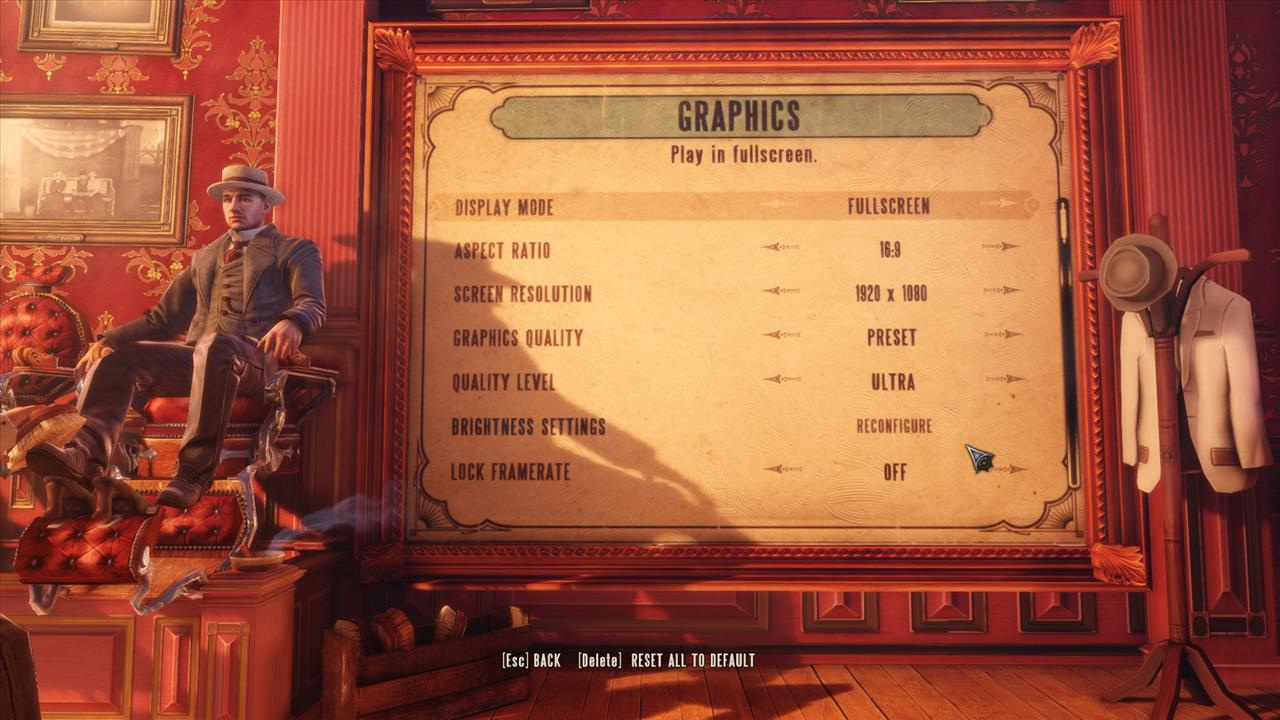 Unigine’s Heaven benchmark is the only program I used that wasn’t a real game.

Metro: Last Light was set to use the benchmark tool that was included with the three cycle’s scores averaged out. 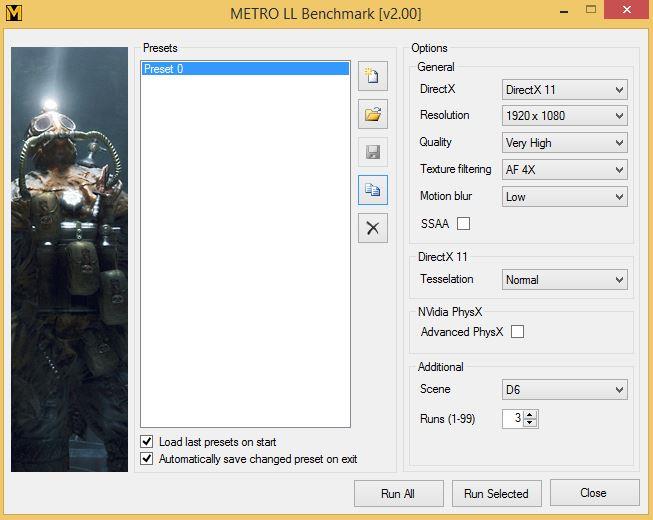 With Tomb Raider, the built in benchmark did a pan around Lara Croft and the island she’s marooned on. 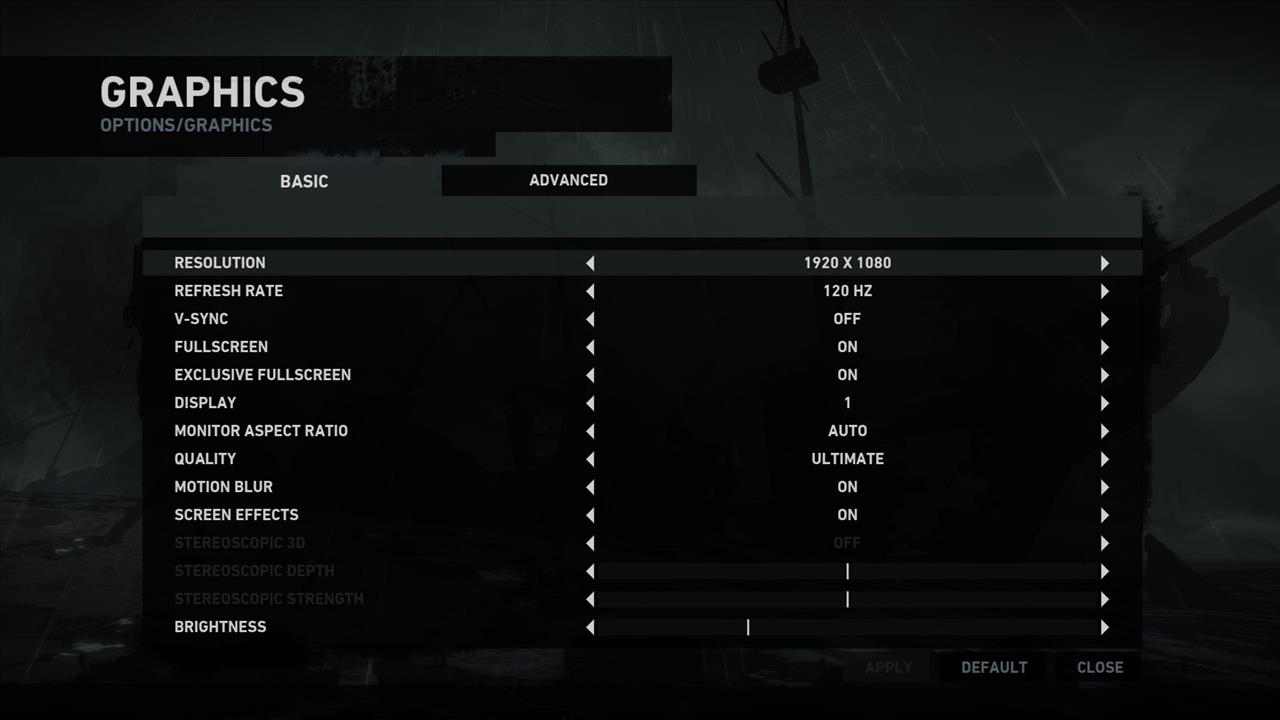 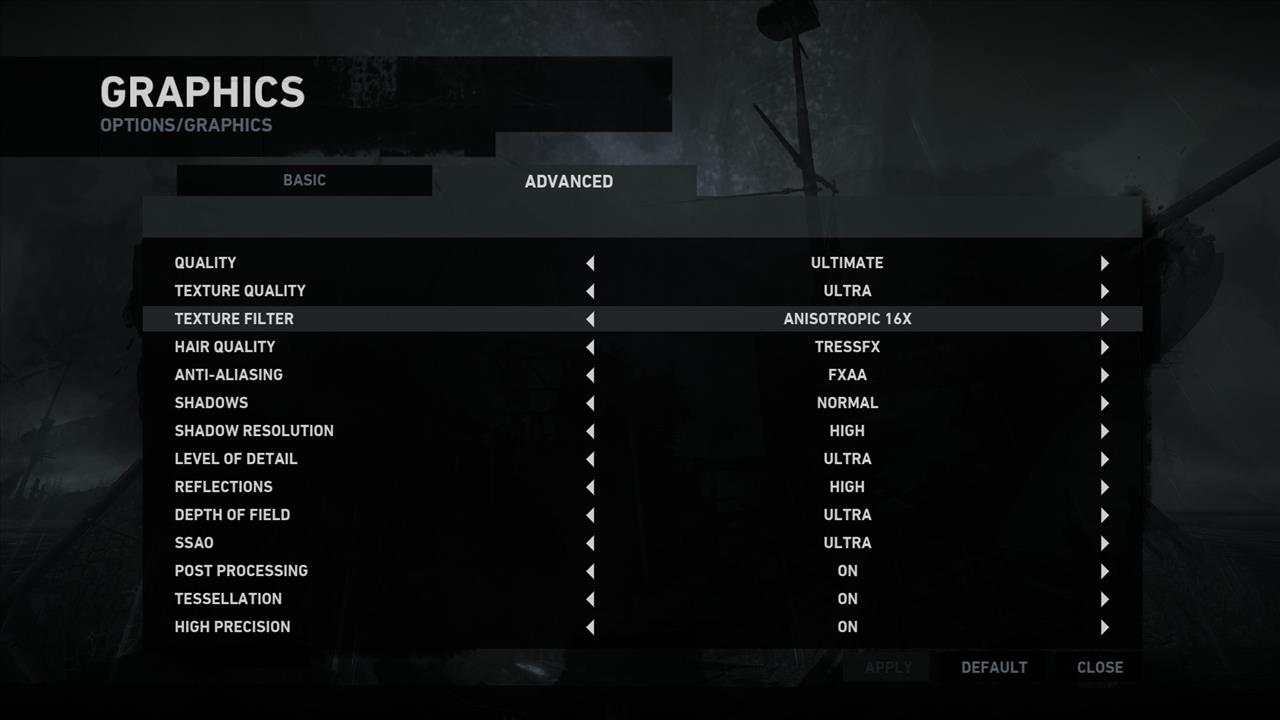 Finally,with Watch Dogs, I used FRAPS to benchmark Aiden running around a parking lot of a motel in the rain. There were minor differences between each run whether it be an NPC appearing or different vehicles driving by. Three runs were done with the average score shown. 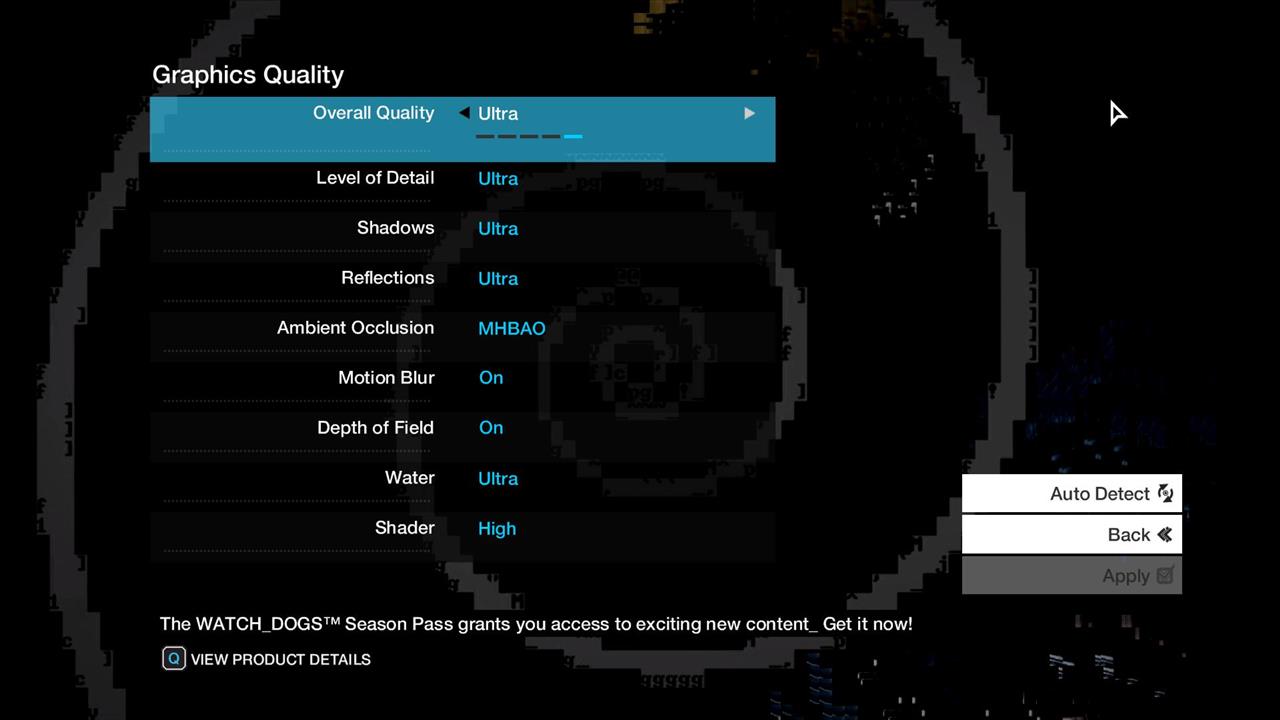 The amount of speed and power from the GeForce GTX 980 is phenomenal and then you factor in that it uses less power than the GeForce GTX 780. It comes to no surprise that this is one hell of a card and I think it’s time I invest in a higher resolution monitor to really push it.

The GeForce GTX 980 is certainly a top notch video card and the choice for enthusiasts right now. It runs at incredible speeds and uses up less power than the previous generations’ enthusiast card. Prices currently are in the mid to upper $500s, and as an enthusiast card you’re should expect the cost to be up there. But for those that want the best for their system, the GeForce GTX 980 is THE card to purchase with a ton of great features that many games utilize today and will use in the future. It’s not a complete new architecture for NVIDIA, but it’s still a great improvement over the 700 series in many crucial areas.

If you have the money, the GeForce GTX 980 is THE card to pick up to make your PC just scream.