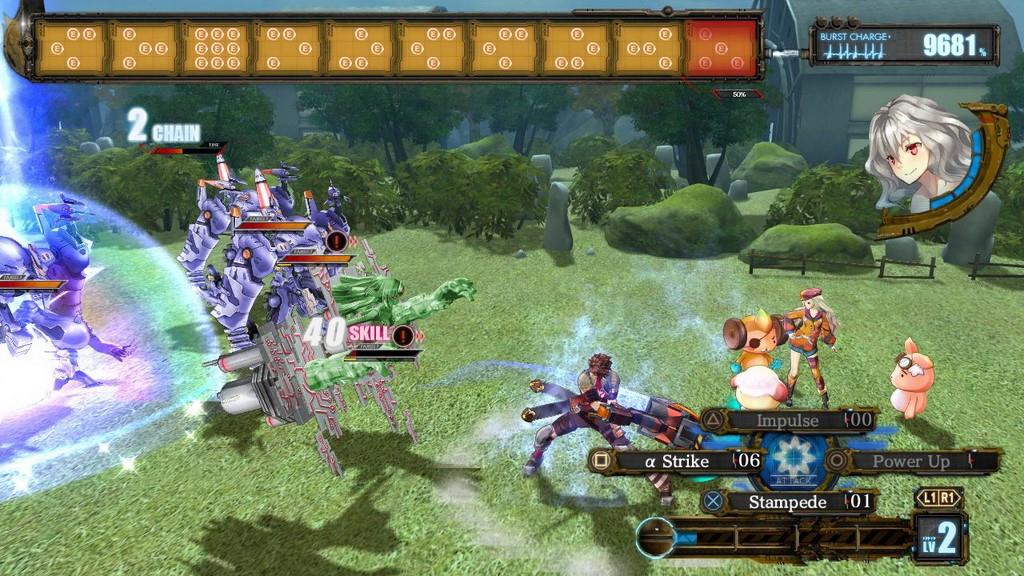 When it comes to Japanese role-playing games these days, I have to be especially selective of what I want to spend my time on. Even from a monetary standpoint, a bad JRPG isn’t something easily discarded. You've got to suck it up and deal with your purchase, or you can buy every title under the sun out of support for what seems to be a dying genre. With nothing on the horizon except Final Fantasy XV, it comes to lesser known teams to pick up the slack. GUST Inc. has always been one of the smaller players in the genre, but they’ve always had some quality franchises in their corner. The Ar Tonelico series has been going for a little over a decade now, and the latest title, Ar Nosurge: Ode to an Unborn Star, is a game that puts the series at a crossroads. Does it want to be a title that people can count on as a pillar in the genre, or is it resigned to being the slightly oddball series that involves singing maidens, saving the world, and poking a little too much into the intimate thoughts of your party-mates? Well, despite the name change, it looks like we’re in for more of the same, so strap in, it’s going to get a bit weird.

Ar Nosurge follows two protagonists. The first, Delta, is a rather carefree lout who’s been sort of thrust into his role as someone who can save the people of Felion. Along with him is Casty who’s sort of keeping an eye on Delta after he unknowingly allowed the enemies of Felion to storm the gates and wreak havoc on the town. Opposite him is Earthes, a cyborg that was built by Ion, the Lighthouse Keeper, a girl from another dimension who fights to protect the people she cares about. The paths of these four constantly cross and have direct correlation to each other, which is handled by "Zapping," which allows you to switch between characters at save points. At certain points in the story you’ll be gated by the actions of the other party, and thankfully this is all chronicled, because things get really confusing really quickly.

This is a game where things happen in the story because reasons. And they happen with little or no explanation so you’re always just along for the ride. At one point in the story Delta and Casty are held prisoner for two years, yet when they are freed it seems as though nothing has changed, except people are surprised to see them alive. Meanwhile the humans are fighting with the Sharl, which are a sentient group of magical beings who seek the salvation of humans, although they have a rather rough way of going about it. Honestly even after 20 or so hours it was kind of tough to see where the story was going. There was an interesting concept that had to do with breaking down the fourth wall which had me intrigued, but then sullied the whole thing by not really letting me, the player, have as much control over the situation as I would have liked. This obviously would have resulted in a completely different ending being necessary for the game, and it’s too bad that the game handled it in a rather cheap manner by making the user out to be the bad guy. It’s worth it to take a look at the game’s History tab in the menu because it will sum up a lot of the key points in the story, and there’s an encyclopedia that lays out all the terms on the table, and there’s even a handy guide that appears during dialog that can give you the definition of key words so that you can follow along. Having the two different viewpoints is an interesting mechanic, but without a real sense of time in this game, it falls a little flat.

While you’re moving the story along, you’ll be going through the typical JRPG motions. That means a lot of story exposition, character development, and exploration. That also means that one thing that everyone loves to hate: random battles. Although this time around I think Ar Nosurge handles this menace of game design well. In a given area you’re going to have random battles, this much is certain, but in the case of Ar Nosurge, you are given the option of clearing waves of enemies, and in clearing the entire wave, you end the random battles for that area. Thankfully the quick pace of combat makes this a bit less of a chore, especially when Casty or Ion has a song going that can wipe out a large portion of the enemies in battle. If you happen to activate their song before they are sufficiently powered to wipe out all of the enemies then you’ll be returned to the world map, and the next time you’ll just have to mop up the remaining enemies. Though it actually is in your best interest to clear all the enemies in one go, as this will earn you the most experience, cash, and those oh-so-important Dive Points that will allow you to see the innermost thoughts of your companion and their compatriots. You’ll get to see a dream-like approximation of all the foibles and flaws that make up Casty, Ion, and the other female characters of Ar Nosurge. This will also affect their behavior while singing, and depending on the song that is chosen, to strengthen or weaken its capabilities. These dives also serve to earn you crystals that can be used to strengthen other aspects of your characters that armor can’t quite do. 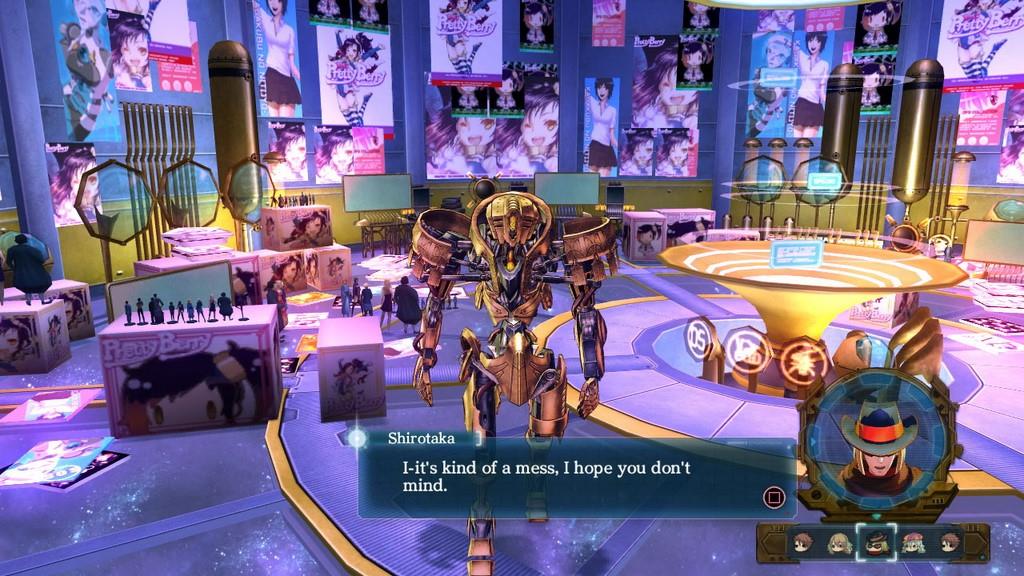 The Ar Tonelico series had been sprite based until its eventual move to the PS3, and since then I can’t say that it has been for the better. Ar Nosurge features some nice character models with decent tricks to make them look like characters that are similar to the hand-drawn sprites of console generations past, but the world that these characters occupy looks dull and lifeless. Areas feel empty and cavernous, while the drawings of each of these areas make them look a bit more magnificent than they really are. The character design this time around is also all over the place, with some characters who have the worst sense of fashion in the galaxy (I’m looking at you, Nay, seriously, put on some pants), to people who wear things because it’s great to be quirky for the sake of being quirky.

Audio has always been a big part of the Ar Tonelice franchise and it’s nice to see that Ar Nosurge is able to maintain that high bar of quality. The fact that Origa has a track is a nice surprise. The vocal tracks are the definite high marks of the soundtrack, while some of the townships have less memorable tracks, there is definitely going to be at least one track that sticks with you. The voice acting is kind of all over the place, and I mean that for both languages, since there’s random lines of dialog where the characters recite code executions. It's just a bit strange. The dialog itself is also hit or miss, and is full of uncharacteristic misspellings, which sadly suggests that this game was a bit of a rush job. These should be easy things to catch.

I wanted to give Ar Nosurge a bit of time before submitting this review, mainly because once the initial exposition of the story cleared up it started to present some interesting concepts. Unfortunately they didn’t quite pan out and I’m left with a rather mediocre title, and a low point in an otherwise long-running franchise that I’ve always been a fan of. I can forgive some of the other mechanics that are still dated, but to pile on a mess of a story on top of it, it didn’t sit well with me. Once you get past a certain point, the story takes a more singular approach, and during that time it feels great. But overall, it feels like they wanted to ape the same kind of storytelling as Tales of Xillia--only without playing a majority of the game a second time so you could see the rest of the story. Unfortunately it just didn’t work out. Ar Nosurge: Ode to an Unborn Star definitely has some interesting bits to it, but you’re going to have to dig deep to find some of them, and maybe that’s endemic of the JRPG as a whole these days.

Ar Nosurge: Ode to an Unborn Star is the product of a team that's got a great thing going for it, but doesn't want to let go of the conventions of the past and embrace the new mechanics that exist out there. It's a very vanilla title that doesn't do much to advance the series, but is definitely going to please the die-hard fans.