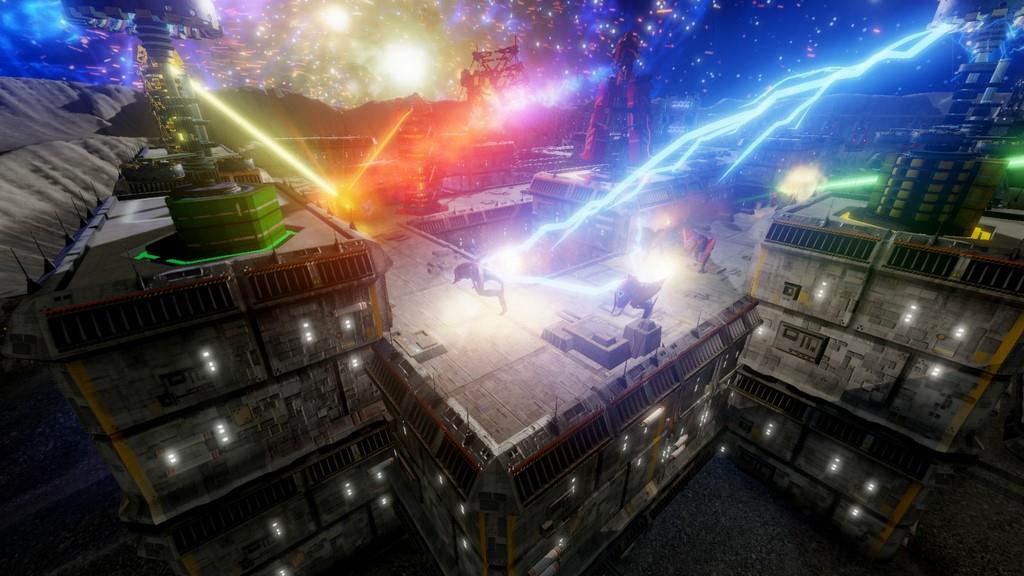 Tower defense games have a simple premise: build towers of various types to ward off wave after wave of enemies.  As the waves get stronger and contain more enemies, you’re required to build more towers and upgrade the ones you have.  Some tower defense games have enemies on a set path and you’re limited as to where you can build the towers, while others give you an open field to work with, letting you put towers anywhere you want while the enemies follow a set path, but you can for the enemies to go around your towers and actually build mazes for them.  With so many tower defense games out there, what sets Defense Grid 2 apart from them?  Well, let’s find out.

The story of Defense Grid 2 is that you’re basically defending several planets from an alien invasion…or at least that’s how it starts out.  There are five planets and each one has roughly four to five stages and as you progress further through the game the story begins to unfold a bit more.  Each stage is also accompanied by occasional conversation between the characters to explain more about what’s going on.  It’s interesting to note that you can take the stages in any order you choose, but doing so you might miss out on some of the story and could get confused by a few things, but I’ll get into that a bit more later.

The goal of Defense Grid 2 is basically the same as other tower defense games; build towers and take out enemies.  However, if all there was to the game was just twenty one maps to play through, that would make the game a tad short.  Thankfully there’s quite a bit of replayability in the game in the form of challenges.  Each stage has several different challenges you can take on which range from things like having a fixed amount of resources to surviving one hundred waves of enemies instead of the set amount for that stage, or even having to hover the cursor over a tower to make it active…or even burn an enemy with the cursor which is really fun and makes getting some achievements a lot easier.  You can also choose from four difficulties, so the replayability is definitely there.  After each stage you’ll get a graph and some stats that show how you did in that stage and you’ll get a medal depending on how well you did.

I mentioned that you can take the stages in any order you wish.  This is good as if you’re hung up on a particular stage or wish to jump ahead a few levels, you can do so.  Completing stages can earn you bonus abilities for your towers which include things like adding more damage to a tower or having it focus on the strongest enemy in range.  You can choose one add-on per tower for each mission and it really helps when you’re having issues in the later stages.  You’ll also have a Command Mission action available to you for the mission that you can use at any time…well, almost.  Each action has a cool down timer until you can use it again, but unlike the tower options you have to unlock, starting on a later stage will give you access to any Command Mission actions that would have been available to you had you taken each stage in order as they come to you via the game’s story.

There are close to a dozen towers to work with including the basic gun tower, a concussion tower to slow nearby enemies, and even laser and tesla towers.  Some tower may seem more useful than others, but each has their own benefits for specific situations.  Some towers work better against shielded areas while others have a huge range of attack and can deal great damage, even if their fire rate is rather low.  A lot of the time you’ll have to figure out which towers to use when and where to put them.  Thankfully you’ll get a checkpoint after each wave and if you messed up somewhere, you can hit the Backspace key to go back to the start of the current wave or even back to a previous wave to correct any errors you may have made.

If you’ve never played a tower defense game before, definitely start on the easiest difficulty and mostly build gun towers until you have a decent setup built to survive most of the stage, then work on checking out the other towers to understand what they do.  Even through the early missions on normal difficulty you’ll be okay with mostly gun towers, but later on you’ll probably want to start investing in the other towers as well as boost towers, which are not only cheap (only costing seventy resources to build), but can provide additional benefits to the tower you build on top of it.

When you’ve grown tired of going through the various missions there are a couple of other options to check out.  The first is multiplayer where you can play either with friends, locally, or you can search for games.  The three modes are DG Fighter (where aliens you destroy get sent to your opponent’s map and vice versa), Co-Op Doubles (work to destroy the aliens on the same map), and DG Coordinated Defense (where you work together to take down the aliens, but you can only build on your own squares).  You can play multiplayer on any map except the Prologue map, and you can play on any difficulty from easy to elite.  The DG Coordinated Defense option can also be chosen from within the single player campaign mission options for each mission. 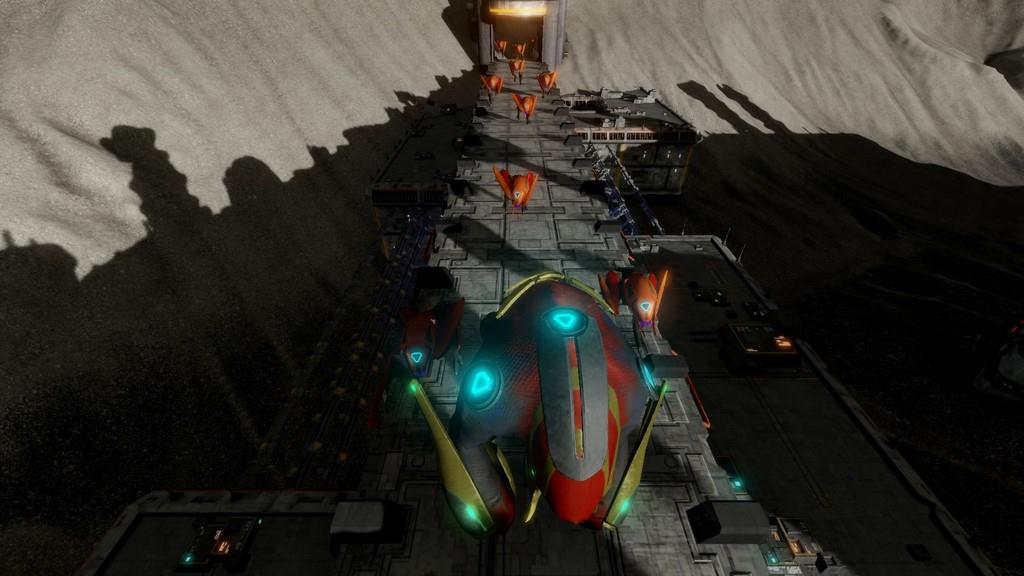 Finally you can build your own custom levels and…well let’s just say I never had the time to create a level because you’re basically building one from scratch.  On the DG2 launch screen there’s an option called DG Architect.  Going into that basically gives you a blank stage to work with to your hearts content.  Remember building levels for games like Unreal Tournament where you set everything from the walls to the boundaries to even the lighting?  Basically it’s the same principle here.  Sadly I never had a chance to create my own level, but suffice to say that whatever you wish to create, you basically have no limitations.

You might have noticed in this review that I didn’t do my usual “What I Liked” and “What Bothered Me”  sections.  That’s because there really isn’t all that much to dislike about Defense Grid 2.  Again, I never played the original so I can’t compare Defense Grid 2 to it, but often when I review games, I believe that the game should stand or fall on its own merit (a good example of this is Skylanders: Spyro’s Adventure).  In this case, Defense Grid 2 is a very solid tower defense game.  There may only be twenty one missions, but each one can be done using multiple different options to change things up as well as four difficulties.  The dialogue is pretty good and even got a laugh out of me now and then, mainly because one of the main characters (Fletcher) sounds like Sir Hammerlock from Borderlands 2.  Something I didn’t mention earlier is that you can also watch narrated videos where Fletcher gives you insight about the various elements of the game.  Granted there are a lot of videos to watch and you can easily learn it all on the go, but it’s nice that they put them in there in case you need to go back and look something up.

All in all, Defense Grid 2 is a fun game with plenty of replayability.  If a difficulty is too easy for you, just bump it up a bit.  Want to get a better score to get a better medal?  Try thinking of other ways to get the job done…though I’m still a little confused on how the scores are calculated.  If you’re a fan of the tower defense genre, I’d definitely give this one a go.  After all they did have a successful Kickstarter for this sequel so they must be doing something right.

Defense Grid 2 is a very solid tower defense game.  While there are only twenty one missions, there are multiple ways to play each one as well as multiple difficulties to keep things fresh.  If you’re into the genre, this one is worth picking up.  Even if you've never played a tower defense game before or are looking to get into the genre, this is a good one to start out on.