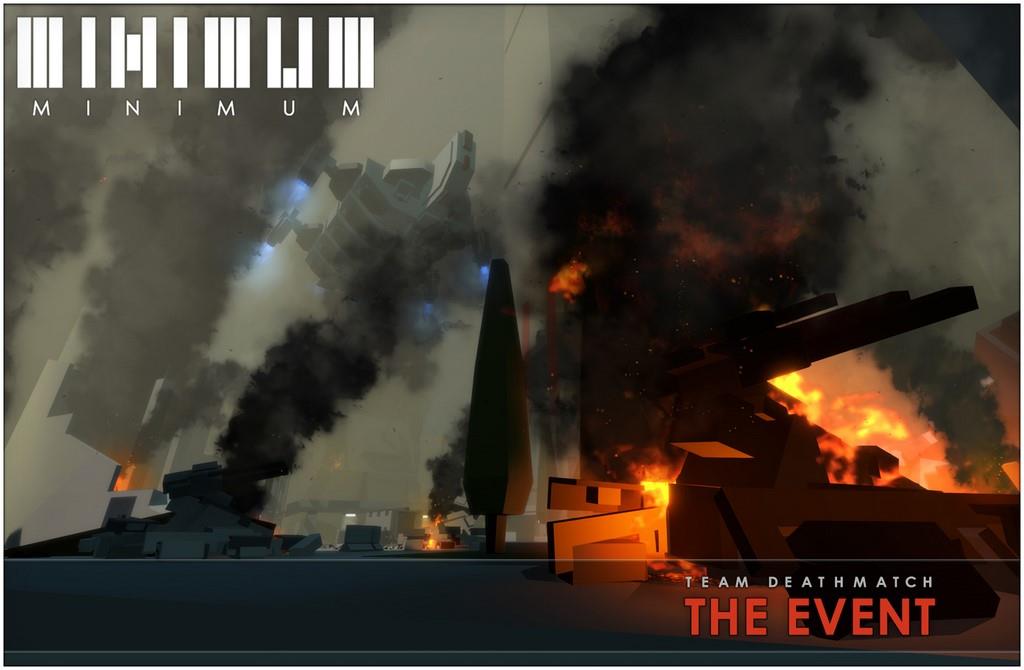 At first glance, Minimum might look as if it's an incomplete game with its texture-less visual style and characters constructed from basic shapes. However, that assumption would be missing an entertaining online shooter for the PC. Aside from its unique visual approach, Minimum feels like traditional online shooters that focus on gameplay above all else. While it includes the basic team deathmatch game types, the titan mode is the standout with each team protecting a giant robot in hopes it will reach the enemy base and destroy it. The titan mode in particular showcases Minimum's polished and addictive online gameplay as most matches are desperate and close struggles to victory.

Aside from the multiplayer shooting action, players are able to craft a variety of items including weapons and armor. Crafting comes in the form of schematics and blueprints as players can craft items both in and out of matches. During matches, players use materials picked up from enemies to unlock blueprints that upgrade their armor including head, chest, and leg pieces. After matches, players use earned resources to unlock schematics for building new weapon and armor pieces. Additionally, players that wish to display more unique customization can purchase premium weapons and armor pieces for real money. Fortunately, the premium items only provide visual customization and contain no gameplay benefits.

It's no secret that the market of multiplayer shooters is crowded and competitive with new titles seeking to stand out among the rest. While Minimum does provide one of the more unique visuals in online shooters, it also delivers one of the more easy to learn and entertaining gameplay experiences. Minimum is difficult to stop playing as matches are addictive affairs in working to acquire more resources and materials for crafting items. The online community thus far for Minimum has remained active and it takes only a short time to find a game through the automatch feature. Update releases from the developers have also been frequent in fine tuning the various match types and adding new weapons and armor pieces.

The levels in Minimum are varied and well balanced in that matches usually end in close victories or defeats. The locales of the levels range from samurai inspired temples to orbital space stations with each perfectly utilizing the texture-less visual style. While a few of the levels seemed a bit too large in design, for the most part levels provide great backdrops to chaotic multiplayer entertainment. The levels in particular that focus around the titan mode contain numerous locations in which to create ambushes for other players as well as spots for defending against the enemy's approaching titan. 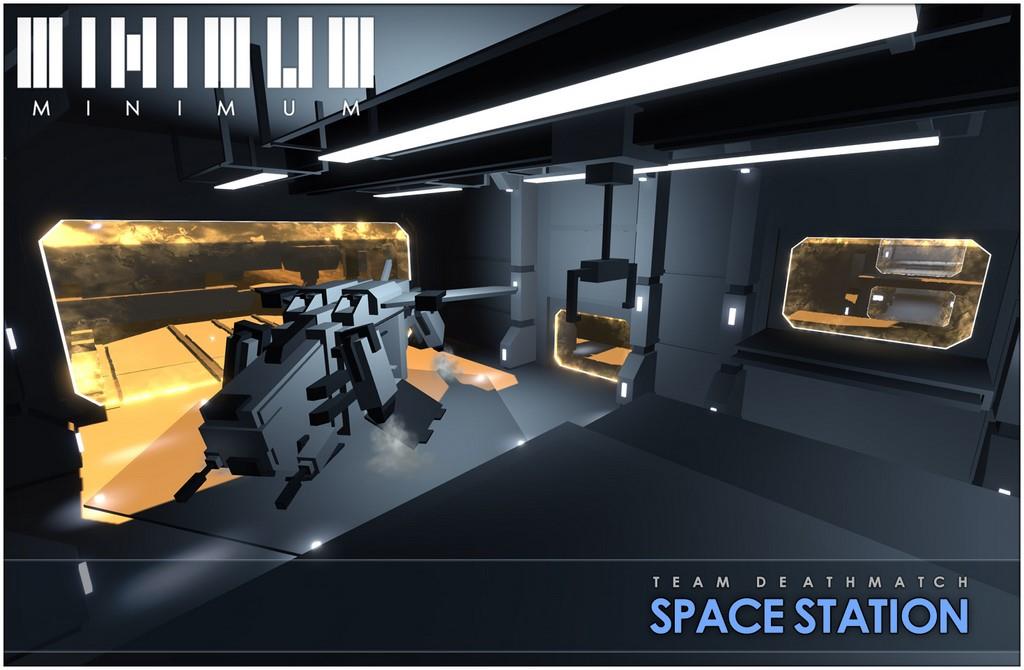 As with most online shooters, it's near impossible to avoid becoming a repetitive experience and Minimum isn't able to escape that same issue. Hopefully future updates will release additional game modes to ensure a constant and active community. However, Minimum is one of the more entertaining online shooters on the market and makes for a great deal at its low price point. With it's unique texture-less visual style, entertaining and addictive gameplay, and support for future updates, Minimum is highly recommended for both multiplayer shooter veterans and beginners.

Minimum is an entertaining online shooter that perfectly employs a texture-less and block-filled visual style. With a wide assortment of maps and various items to craft, Minimum is recommended to multiplayer shooter fans who've been looking for their next online addiction.