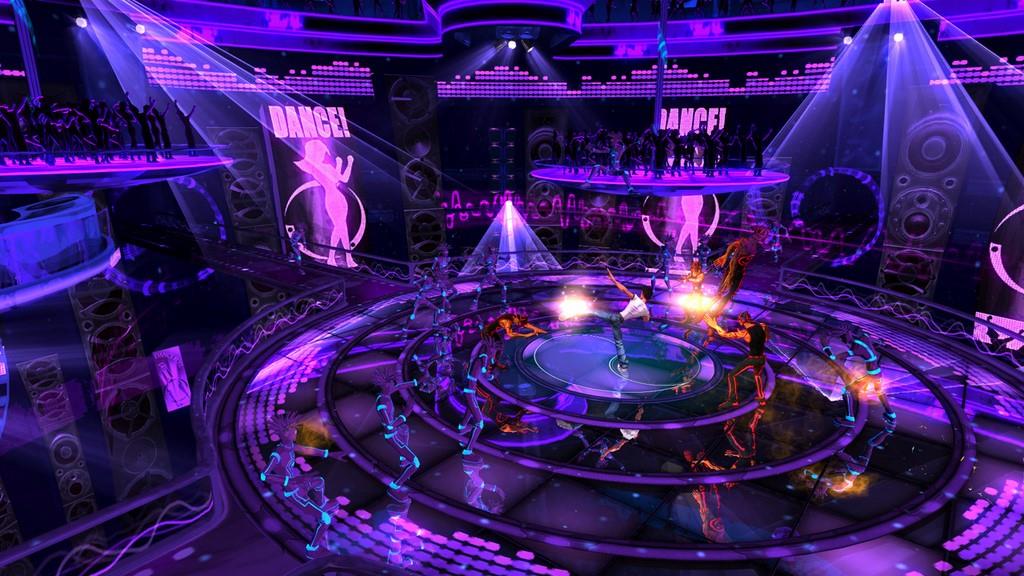 By a show of hands, how many people out there remember the time when Guitar Hero ruled the world? Activision used it as a license to print money, it introduced a whole generation to music they wouldn’t have bothered with otherwise, pop culture referenced it constantly, and most importantly, it gave everyone’s sad childish uncle something else to do besides learn three chords and join a bar band. Those were good days for the rhythm game genre. Don’t expect Kickbeat: Special Edition to usher in a new golden age.

Kickbeat fails as a rhythm game and it fails as a fighting game. It seems to have aimed for "Guitar Hero with punching," but missed the target entirely.

The key to a successful rhythm game, I think, is being able to easily find that pocket where the beat lives—professional bassists talk about it—and move yourself in. You should be able to immerse yourself in the beat. You feel it, and when you’re "on" you don’t even need to think because the rhythm does the thinking for you. It was easily finding that pocket that made Guitar Hero and Rock Band such successful and fun games.

Kickbeat doesn’t have a pocket, doesn’t know about pockets, and maybe can’t even spell the word pocket. What it has instead is quick time events vaguely tied to the song that’s playing. While that sounds like it’s basically the same thing, it’s not. It’s nowhere near the same thing. You can’t get inside the beat to let the rhythm do the thinking for you; all you’re doing is robotically following on screen button prompts. Kickbeat isn’t a rhythm game if you ask me, it’s a QTE game set to music and that doesn’t work and, more importantly, isn’t fun.

Gameplay, such as it is, sees the player assume the role of super-generic male Asian protagonist (and later super-generic female Asian protagonist) and fight off waves of identical enemies broken up in to classes based on how they attack and the button actions you must take to defeat them. For example, some enemies attack in pairs and require two buttons to be pressed simultaneously, while others are linked and require you to press and hold the button then release it at the right moment. Whatever the attack prompt is, success means a defeated enemy and failure means you lose health. This is broken up by boss battles that change things up and might see you defending your sensei by firing lasers out of the eyes of statues (yes, really) to defeat enemies instead of punching and kicking them.

It’s in the gameplay that you realize just how far Kickbeat missed the mark. The most glaring issue for me was that attack prompts, which appear on a ring around the protagonist in the location corresponding to their position on the controller, can and will be routinely obscured by enemies queuing up to attack you. And unlike Guitar Hero and Rock Back, where getting off the beat only lowers your score, you lose health when you miss a prompt until you die and have to restart the song from the beginning. You never have a chance to get back on track and advance. It’s a terribly misguided way to design a rhythm game—even a rhythm-based fighting game.

To make matters worse, the musical selection is terrible. It’s a generic collection of overly loud and bland variations on rap-rock and industrial. There was only one artist I’d ever heard before (Marilyn Manson—blech), and the rest I hope to never hear again. But since I kept dying in part because of obscured attack prompts, I had to keep listening to that garbage until my ears bled.

Ultimately, Kickbeat just isn’t any fun. The concept is good, but the execution is a mess. The music selection is terrible, the gameplay misses the point of what a rhythm game is supposed to be, and there is no story to speak of. Oh there is one, but there’s no reason to speak of it because it’s just filler. If you need one redeeming quality, I’ll concede that it looks nice, but that’s about it.

Even if you're addicted to rhythm games, Kickbeat is a hard pass. It gets almost nothing right. Stick to your old copies of Rock Band and Guitar Hero and get your fighting game needs met with an actual fighting game.