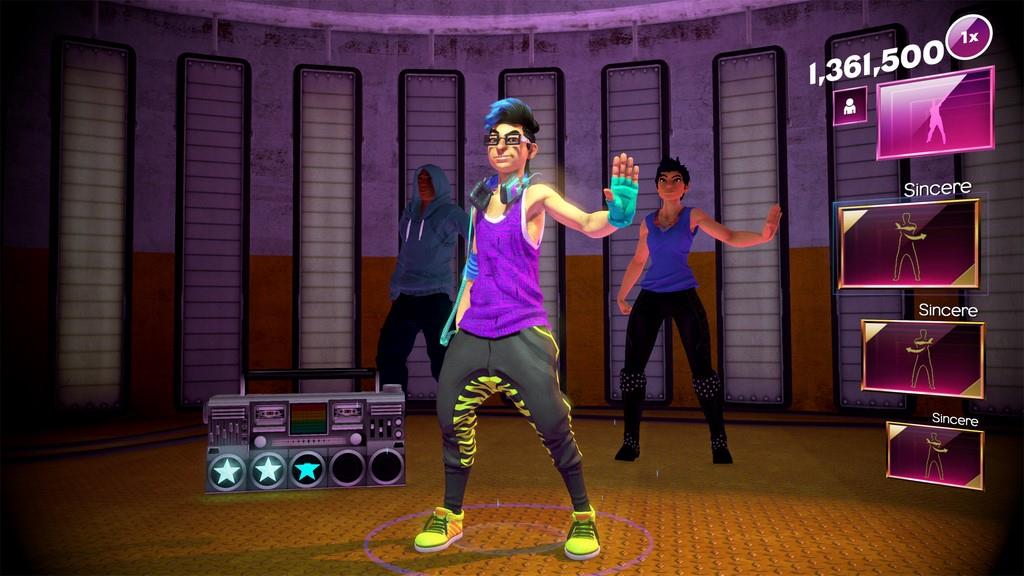 Written by Jeremy Duff on 9/1/2014 for XBO
More On: Dance Central Spotlight

Almost from the start of the initial launch of the original Kinect, Harmonix’s Dance Central (DC) became the standout title to show off the motion sensing technology. Few other games took advantage of the tech as well as DC both in terms of overall performance and reliability. While other games were hit and miss with their detection, Harmonix nailed it and, even to this date, their DC titles remain some of the best Kinect games. Now we have entered a new generation of Kinect technology with the Xbox One and Kinect 2, and once again, Harmonix is setting the standard. However, being a good demonstration of the technology doesn’t exactly mean being a great game.

With the third entry in the series, DC has made the shift to being a digital title rather than a full, retail release. Dance Central Spotlight is available on the Xbox Live Marketplace for $9.99, which gets you access to the core “game” (I will explain the use of quotations in a bit) and its 10-song lineup. Tee base songs provide a decent variety amongst genres, with both slower, easier (paced) songs as well as faster tracks that really get things moving. Each song has eight different dance routines that can be unlocked, which translates into 80 different “stages” for your initial purchase. That doesn’t sound like a bad deal on paper, but as you will soon find out, these numbers are a bit deceiving.

There isn’t much of a campaign this time around. Let’s be honest, the campaign was never really the focus of this series. Instead you have full access to all 10 of your sings from the start, just not all of the routines. If you have any DLC content from the previous games, those songs will be available too as well as numerous other downloadable songs for $1.99. I really like this approach as it let’s me build the song library that I want. In the end, I will likely end up spending close to the normal retail price on the game ($60) but my lineup of songs will be custom tuned to my likings. Just don’t plan on importing the base soundtracks from the old games though because that isn’t supported.

While there are 8 routines per song, you only have access to one from the start. All of the others must be earned by clearing the routines in order and earning additional dance steps. This might be something that newcomers might enjoy, but I would imagine that seasoned veterans aren’t going to find enjoyment forcing their way through 3-4 step routines. That translates into a good percentage of the game’s 80 routines being ones that you will do only because you have to and never going back to again. Alas, it is something that has to be done if you want to get to the more advanced and enjoyable dance routines in the game so suck it up and work your way through it to get the most out of the game. 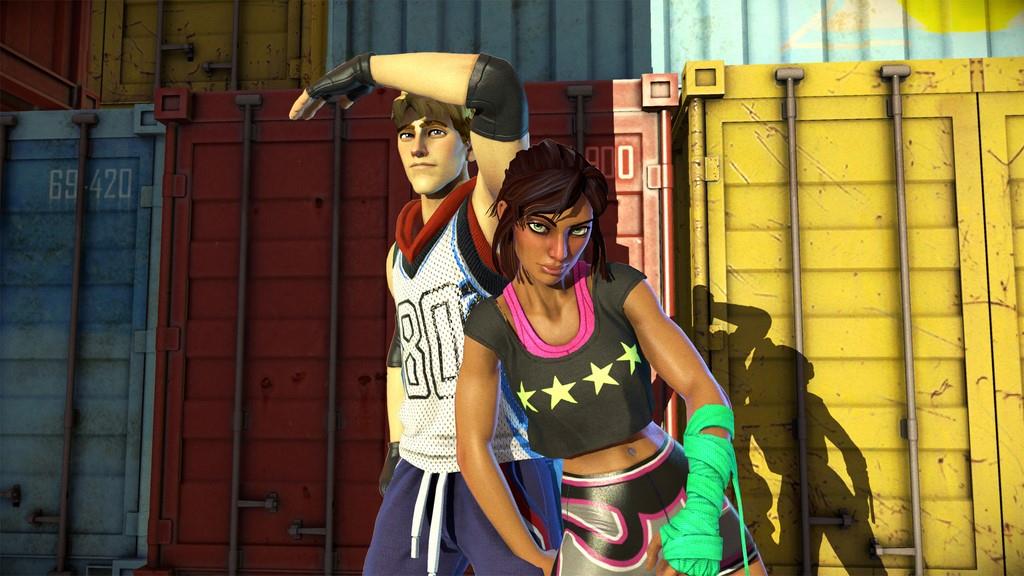 This is where the lack of a campaign becomes incredibly noticeable in my book. Sure, you had to do this in the past, but it was disguised behind the single player experience which made it a little more bearable. With Spotlight, you basically see everything dangled in front of you and have to run down a repetitive checklist (from an experienced player of the series’ point of view) in order to “get to the good stuff”. The good stuff comes when you unlock all of the routines and can play whatever you like with your friends. That is when this game shines, but I have to wonder if the unnecessary work will drive some players off from ever getting to that point.

While I may be complaining a lot about the package itself, I can’t help but feel that this is one of the best displays of the Kinect 2.0 technology that I have seen. This game is spot on in both its reliability and movement detection. The improved ability of the Kinect camera on the Xbox One really comes into play as the game fine tunes your dance moves. No longer is it just a simple matter of failing a dance move and being told that your doing it wrong, but the game will break down the faults in your step(s). Perhaps your arms aren’t in place but your leg movement is spot on, the game notices that and will tell you so by highlighting your arms on your character. I was really impressed at its ability to fine tune my steps and help me improve in the long run. 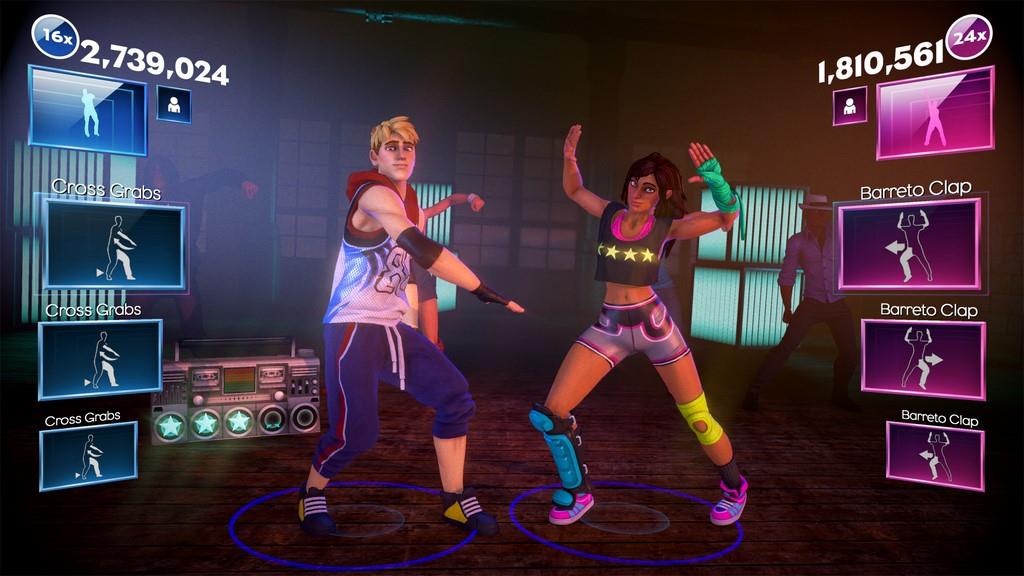 I do appreciate and really enjoy the game’s dedicated fitness mode. Dancing is a lot of fun, and having dedicated routines for the purpose of exercising is one of the game’s strong points. You get a nice variety of choices here such as routine length (anywhere from 10 to 90 minutes) and the focus of the routine(s). You can select any difficulty dance routine (assuming you have unlocked them as mentioned earlier) or specially focused cardio or strength conditioning tracks. This could really be this title’s strong point as it is a great workout and a ton of fun.

DC Spotlight’s biggest problem isn’t the lack of a focused game, or campaign. The issue is that everything must be earned from the most basic of levels. I don’t mean to sound like a greedy (or lazy gamer), but I cannot imagine that seasoned veterans of the series will find enjoyment trudging through a series of dance routines that consist of maybe 3-4 different (and simple) moves just to step up the difficulty a little bit. There is a lot of fun to be found here, but it is held just out of grasp of the player at first which is really annoying. Unlocking the various routines is fine if that is the route that Harmonix wanted to go, but at least make doing so a little more enjoyable and a lot less tedious.

Dance Central Spotlight has me really splitting the fence in terms of my feelings about the game. On one hand, it is easily amongst the most responsive Kinect games that I have played on the XBox One. The detection is pretty much spot on and extremely reliable. On the other hand, there isn’t much there in terms of an actual game experience like there has been in earlier entries in the franchise. Plus, you are forced to work your way through the most basic of the content in order to access the more advanced routines, which is something that series die hards aren’t going to appreciate. If the previous games’ DLC can be supported, why can’t the base tracks be as well? The DLC support will make or break this game, but $10 isn’t a bad starting point for the new direction of the series, just keep your expectations in check in terms of the what you are getting from the start.

While not the best “game” there is, this is one of the best displays of the latest Kinect technology. The move to digital is a great choice, as is giving you the ability to compile the soundtrack of your liking in the long run. There just needed to be a lot more meat on the bones of this meal, as well as the ability to get to the main course a bit quicker.