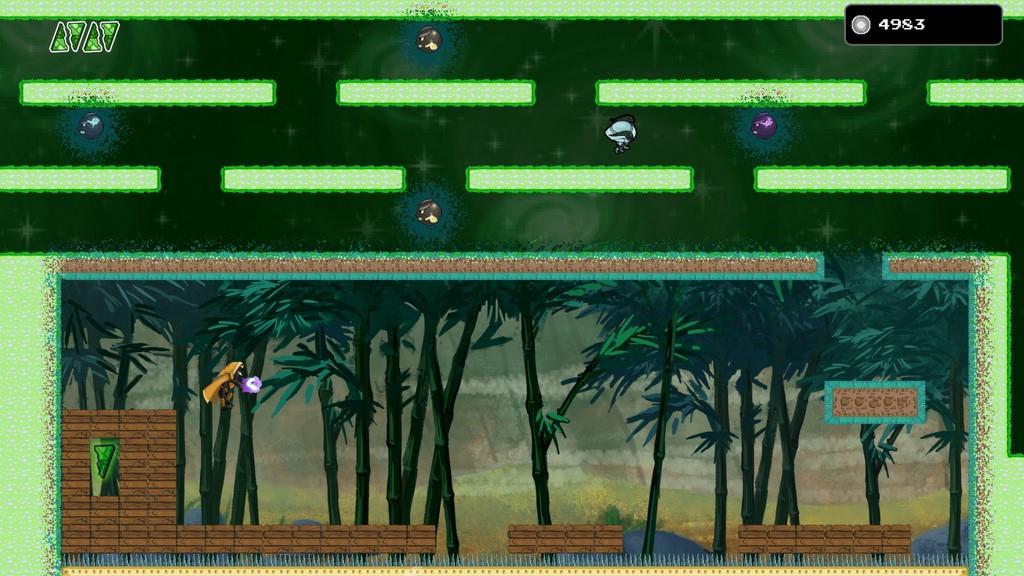 It’s not uncommon for a gamer to have their favorite genre of game.  Maybe you’re into classic platformers such as Super Mario Bros., perhaps space shooters similar to Gradius, or maybe even classic hack-and-slashers such as Shinobi.  Maybe you’re a fan of multiple genres.  Imagine what it would be like if those genres were all thrown into the same game, often switching genres on the fly within the same stage.  That’s the premise behind Concursion.  While it sounds interesting on paper, how does it actually translate into a game?

Concursion takes some references from various game genres, and that goes true with the story.  Stop me if you’ve heard this one before; a green lizard takes a princess in pink captive while a hero in red must rescue her.  As overused as the plot may be, that’s the story in a nutshell.  Each stage will comprise of one or more genres: platformer, hack-n-slash, space shooter, Pac-Man-style maze, and…I’m not sure what genre you’d specify this as, but basically an astronaut with a jet pack and that’s your only means of movement.  Rarely will you ever have a stage in which you’ll only have one genre present as even early stages have a mix of genres within each stage.  Each stage also have a number of green lightning bolts to collect.  However, I haven’t been able to collect them all to find out what getting them all actually does.

While the early stages may mix two genres, you’ll soon have stages that mix very close to all of them.  There will also be times within a stage in which small spots of another genre are present and you might have to use them to your advantage.  For instance, in a part of one stage you’re playing as the platform hero but you’ll see a strip of the space shooter genre with some ships in it.  Above that strip you’ll see a green lightning bolt.  You have to actually jump off of the ships to get yourself high enough to the bolt.

At the end of each world you’ll have to fight a boss within a certain genre…well, you’re in a certain genre that may be completely unrelated to the boss.  An example of this is the second boss who fires fireballs and lasers at you against a backdrop reminiscent of the wild west…so obviously you’ll be in your space ship because when you think Wild West, you think spaceships.  How about a hack-and-slash RPG fight?  Yep, that totally works.

As a fan of the classics, I have a quite a bit of experience with the various genres found in Concursion, so a game that mashes up some of the great classic genres sounds like an interesting idea, and in some ways it works pretty well.  With multiple genres to utilize it creates a wide array of stages to play through.  The transitions between genres are seamless as you’ll go right from a platformer into a maze of dots and then right into a hack-and-slasher without skipping a beat.  What’s also interesting are the enemies themselves who will also change when they change genres.  Ever seen a floating wizard change into a homing magnet in space?  Yes it sounds weird, but apparently it works.

Something I’ve seen some people criticize are the boss fights.  I tend to have a love/hate relationship with them.  While the bosses can be frustrating a tedious at times, other times they can be rather enjoyable.  One of the ones I really like was one that was based off a classic RPG such as Final Fantasy…and you were the hack-and-slash hero.  While you went up to the three bosses and could just wail on them, they took turns in classic RPG fashion.  You could even see what they were selecting in the bottom-left of the screen, but I never really paid attention to that. 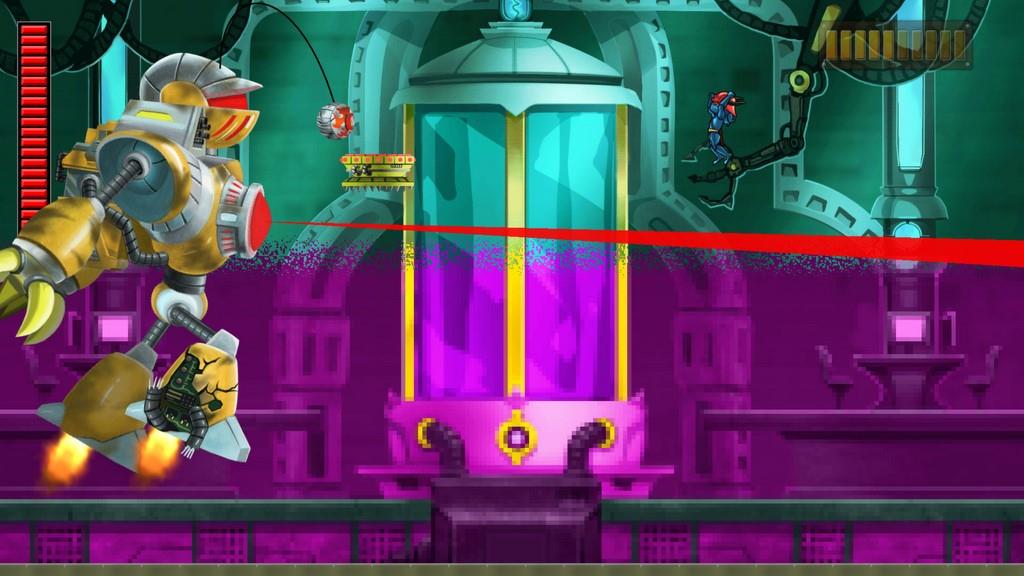 As fun and entertaining as Concursion can be, it does have its flaws.  While I really enjoyed the Shinobi/RPG boss fight mentioned above, not all boss fights are that entertaining.  Going back to the second world boss fight I mentioned earlier that had the wild west background, that’s probably one of my least favorite fights because it’s incredibly tedious.  Not only can it be difficult to dodge the boss’s shots, the shots from your ship do very minimal damage, so unless you’re good at pounding the fire button really fast, you’re going to be sitting there for quite a while as your thumb gets more and more sore.

I’m also not incredibly fond of the graphics and animation.  Now don’t get me wrong, I’m all for retro-styled games, and if the graphics and animations were more like the classic games and genres that the game represents I’d have no issues with them.  However I can’t help but feel that the graphics aren’t quite up to par with what they could be.  I’m not saying it’s terrible, just not what I’d first expect.  Once you play the game for a while though it’s not too bad. 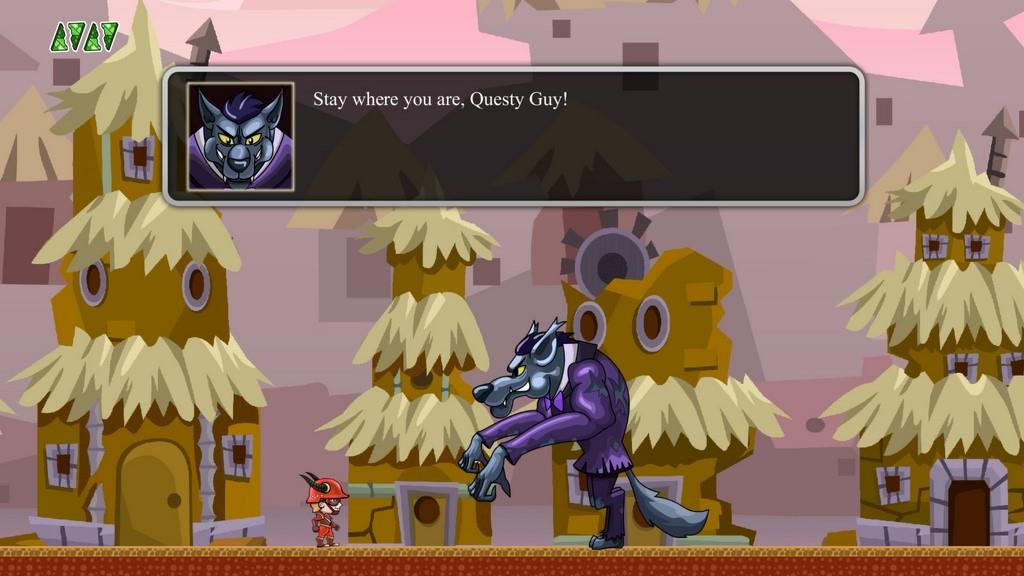 There’s also a bit of a weird difficulty curve to the game at points.  I mentioned that each stage has a various number of green bolts to collect, typically three or four.  Some of these are kind of out of the way while others are right out in the open.  That’s fine, but the stages themselves have a weird curve to them.  There have been times where I’ll easily get through a stage mid-way through the game without any issues, even collecting all of the bolts, but then the next stage I can spend half an hour on and still not get through…and that’s while ignoring the green bolts.  It’s  almost as if they took the later stages, threw them in a random number generator, and whatever stages came up first was the order they went with.  It’s like the curve goes way up at times, then right back down, then later hits another huge incline.

On the whole Concursion is a fun game, but it’s not without its flaws.  It can get tough at times, to the point that I was getting frustrated with the aforementioned stage that took half an hour to get through.  When I first played the demo I enjoyed what I played and was glad I got a chance to check out and review the full game.  If you’re into retro-styled games, or at least retro-styled genres, this is one to give a shot, but I would check out the demo first to see if it’s something that’s up your alley.  For $9.99 though, it’s not too bad.

All in all, Concursion is a fairly solid game, but there are some issues here and there.  The graphics and animation are so-so, the difficulty curve can be steep and times, and the bosses can be pretty tedious.  Overall though, if you’re into classic gaming genres I’d at least give the demo a shot before picking up the full game.