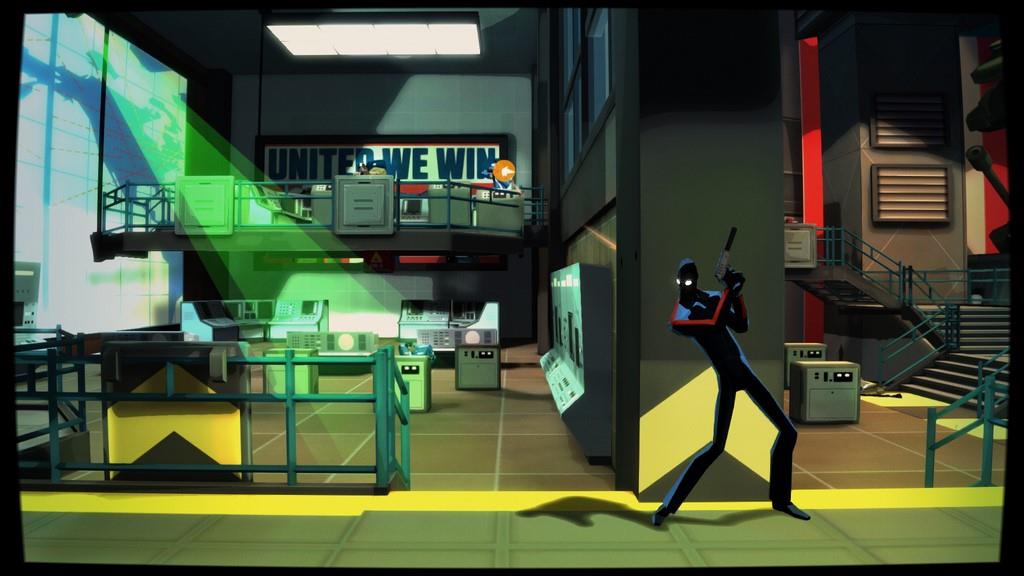 I have a love/hate relationship with stealth games. On one hand, I love how empowered I feel in stealth games. I am a ninja/secret agent/all around BAMF. You cannot touch me. You cannot even see me. I kill at my leisure. You live because I allow it, and you die when I demand it. I am the closest thing to a god my weak form will ever be. On the other hand, stealth games are frustrating; suffer from wildly swinging highs and lows of difficulty; feature some of the least organic gameplay ideas; and, from a design standpoint, are stuck in 2004.

Set during the Cold War, Counterspy drops the player into an impending nuclear conflict between two superpowers that aren’t the United States of America and the Soviet Union in name only. The race to nuke the moon first is reaching its peak and it’s C.O.U.N.T.E.R’s job to play both sides against the middle and avert an extinction-level nuclear exchange between the two most powerful nations in the history of the world over the moon, whose own destruction would present dire consequences for humanity. To do this, the player must infiltrate military installations in not-Russia and not-America, pilfer each base of its assorted launch plans, and avoid detection lest one side reach DEFCON 1 and initiate all-out nuclear war and mutually-assured destruction.

To make matters more complicated, each side’s DEFCON level is persistent and will slowly climb as you are detected and/or killed during your mission. As you progress, this meta game becomes managing these DEFCON levels because if one side goes to DEFCON 1 you’ll only have 60 seconds to reach the end of the level, access the launch computer, and stop the countdown. If you fail, your game is over. You can lower the DEFCON level in missions, however, by forcing officers to surrender. Alternately, you can simply be a ghost and never cause it to go up.

The actual gameplay will be very familiar to anyone who has played stealth games in the past. You can choke out enemies from behind silently, or shoot them in the head when no one is looking. There are also security cameras that you can avoid or disable with a bullet. It’s all very standard. Should you be spotted, however, gameplay gets more interesting since there are several different kinds of military-grade weapons you can bring with you (up to four), lots of explosive barrels to shoot for that very satisfying group kill we all love, and even lethal combat takedowns.

Each procedurally-generated level also features hidden areas and many collectibles to go along with the level’s launch plans, from weapon blueprints, dossiers, and formulas, to ammo and med lockers when you need a handy field resupply. Weapon blueprints must be collected to unlock new weapons, and formulas provide mission-long bonuses like increased health, or the ability to lower one side’s DEFCON level by one. You can equip three of these before each mission if you have the funds and you will want to spend the money on them since they can provide a ton of extra breathing space during missions. The weapons range from pistols, to assault rifles, shotguns, grenades launchers, and a tranq-dart pistol because it wouldn’t be a proper stealth game without a tranq-dart pistol.

So while Counterspy’s persistent escalating DEFCON level provides are degree of novelty, it also proves to be one the games biggest issues since there is no easy way to lower the DEFCON level once it’s raised. Yes, you can force officers to surrender and equip certain formulas but the balance is always tilted in the other direction by the unforgiving nature of stealth games. For example, to force an officer to surrender, you must kill all the enemies in the area, which means you had to engage all the enemies in the area which invariably raises the DEFCON level. In effect, all it does if give you the option to get it down to where it started at the beginning of the level rather than lowering it overall. 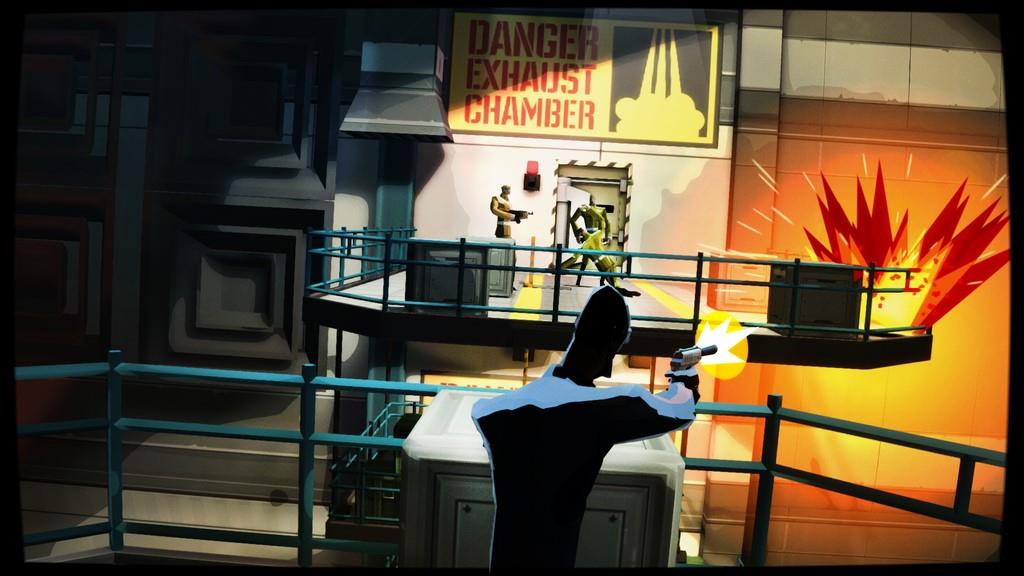 Of course, you could simply stealth kill all the enemies in the area then get the officer to surrender but good luck with that. You’re a better gamer than I if that’s a viable strategy for you because I was constantly foiled in my stealthy exploits when I was spotted by enemies or a security camera I couldn’t see, line of sight margins that were brutally tight, and enemies who would raise the DEFCON level at the slightest noise causing me to feel like my only option was to break stealth to kill them before things got out of hand. For me, by the mid-point of the game, both DEFCON levels were at one, which meant levels were nearly impossibly to fully explore since each one always became a sprint to the finish to beat that launch countdown.

It’s a further shame I couldn’t spend more time enjoying each level because Counterspy looks so good. Its 2D/3D hybrid, retro-styled graphics are a real treat. The game looks good enough to support the kind of triple-A game you don’t normally see as a downloadable title. In fact, I’d love to play a fully 3D triple-A version of Counterspy simply because it would look so good. It doesn’t fare as well from a sound design standpoint, but the retro spy music is appropriately groovy even if nothing is particularly memorable.

Counterspy is all the best parts and all the worst parts of a great downloadable stealth game with delightful visuals. It's those worst parts of the stealth genre that keep me from recommending it wholeheartedly.