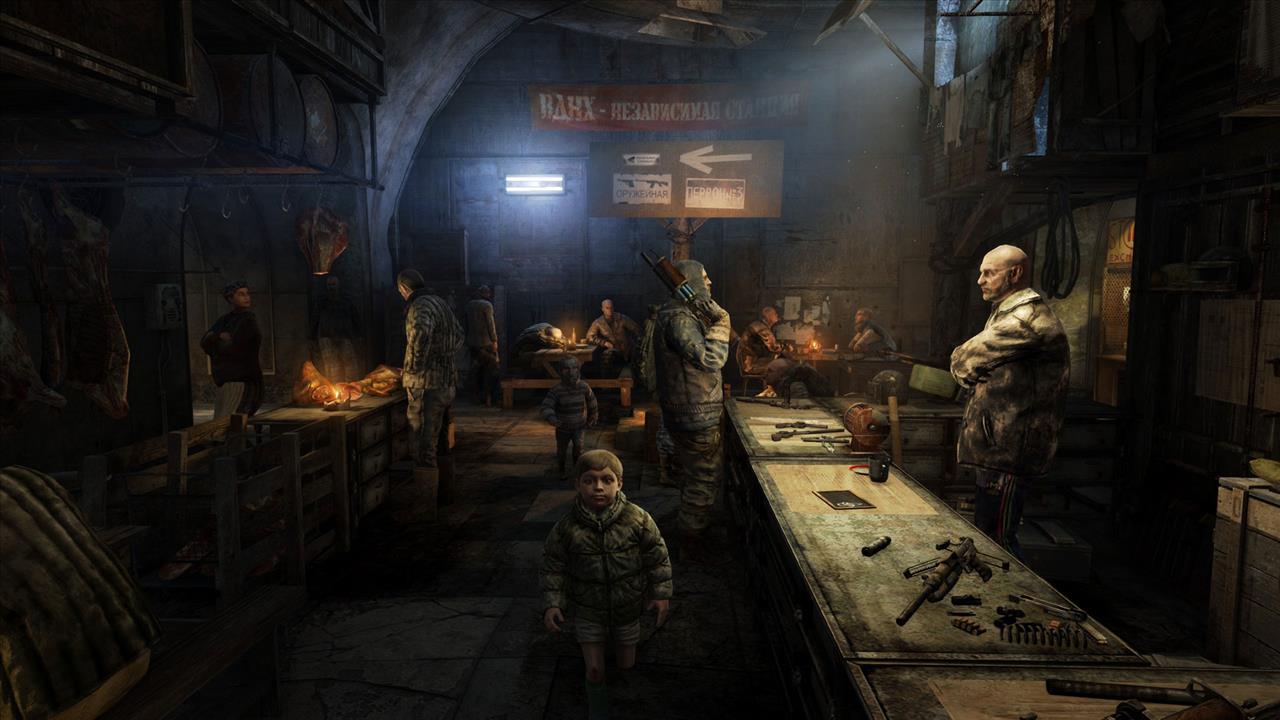 Developer 4A Games and Publisher Deep Silver are giving fans of the Metro series another reason to return to the post-apocalyptic world of Moscow with Metro Redux. Both Metro 2033 and Metro: Last Light are available as remastered versions in which their gameplay and visuals have been improved. In particular Metro 2033 Redux has been completely rebuilt in the 4A Engine for Next Gen in addition to receiving gameplay improvements from Metro: Last Light that results in a completely new game for series veterans and newcomers. While the additions and improvements for Metro: Last Light aren't as dramatic, the game's visuals have been updated and various gameplay aspects have been improved such as melee animations.

For those unfamiliar with the Metro series' narrative, players step into the role of Artyom in a post-apocalyptic Moscow where its remaining inhabitants live in the underground Metro system. Various factions such as the Soviets and Fourth Reich still rage war, but most don't stand in comparison to the monsters and demons that roam above and below ground. In both games Artyom sets out on journeys in which he comes across a varied cast of characters and many situations in which survival becomes the main goal. The difficulty factor in Metro 2033 was a sore spot for many as ammo, health kits, and gas mask filters were often in limited supply in addition to clunky weapons. However, Metro Redux adds a wide variety of difficulty options for both games that enable players to fine tune their experience ranging from a healthy supply of ammo and items to hardcore survival gameplay.

Released originally in 2010, the gameplay and presentation of Metro 2033 was aging in comparison to its sequel released in 2013. It's evident from the game's opening to its credits that the remastered version of Metro 2033 has been dramatically improved making for a more fluid and polished gameplay experience. The addition of global illumination alone makes for a greatly-increased atmospheric world, both on the surface of Moscow and underground in the Metro. Players can now focus completely on the game's memorable narrative rather than worrying about odd gameplay mechanics or unbalanced difficulty. Yet, players that are looking for the original challenge can opt to play with more difficult monsters and limited supplies. Other major improvements such as the artificial intelligence of enemies makes the gameplay more interesting and challenging.

The new game version goes beyond gameplay and presentation with the addition of extended level sections and also better transitions between chapters. These additions make the game feel like a more complete experience and in turn result in an even more atmospheric world and narrative. Features such as added weapon customization and stealth takedowns make for a modern and more interesting gameplay experience. It's really the definitive version of Metro 2033 and series fans are in for a huge treat, but even more so newcomers to the Metro series.

The Redux version of Metro: Last Light isn't as major of a change in comparison with Metro 2033 but it's a perfect starting point for series newcomers and welcome return to Moscow for fans. Yet, Metro: Last Light Redux might be a difficult sell for previous owners of the game as the gameplay and visual improvements aren't as evident. Fortunately, the entire collection of downloadable content is included with the Redux version that adds around ten hours of additional content. Even if the improvements aren't as evident, Metro: Last Light is still a great game in its own right with its mind-bending narrative and addictive gameplay. Metro Redux now ensures that both games are at the same level of quality making for a great collection that every first-person shooter fan should experience.

While the games can be purchased separately, it's recommended to play them one after the other for series newcomers. Series fans are recommended to pick up Metro 2033 Redux, while Metro: Last Light Redux is less so for those who've already purchased the downloadable content for the best value. PC gamers are in for the biggest treat as the Redux versions take advantage of the latest visual effect technologies in addition to support for 4K resolutions. The Metro Redux collection combines two of the best shooters in recent times in a remastered collection that is highly recommended to both series newcomers and fans.

Metro Redux is available now for Windows PC on Steam.

Metro Redux is the perfect entry point for series newcomers as it combines two of the best shooters in recent times in a remastered collection. In addition, series fans are in for a huge treat with the remastered Metro 2033 and Last Light games for replaying their favorite moments with improved gameplay and visuals. Metro Redux is far more than a high definition update, it's a truly remastered and definitive experience.