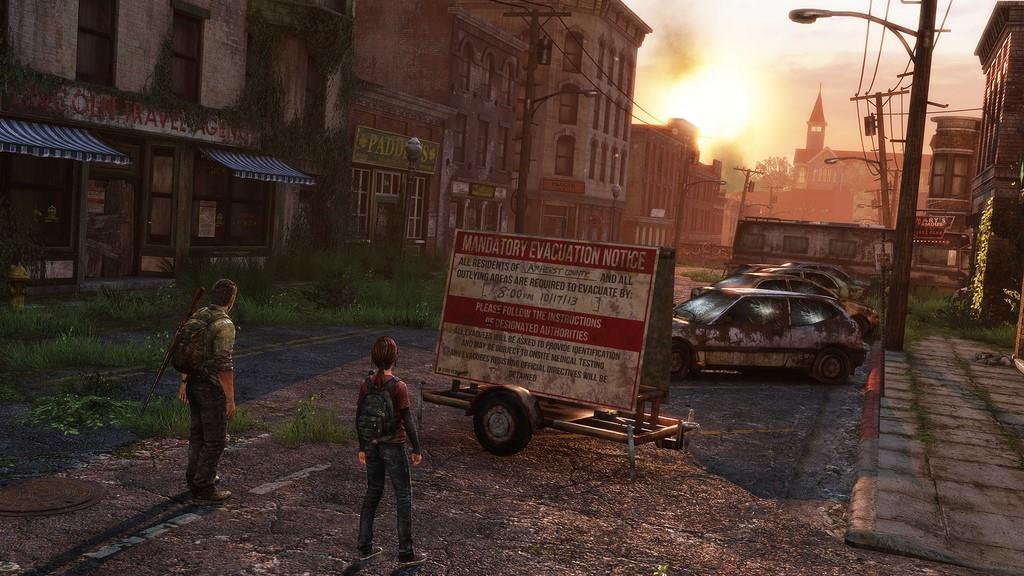 The Last of Us Remastered

If there's one thing I know about The Last of Us, it's that both critics and consumers fell in love with Naughty Dog's action game when it was first released on the PlayStation 3. It's all my friends and colleagues talked about; constantly reminding me that it's one of the most powerful video game experiences of all time. And just in case I had forgotten how beloved The Last of Us was, the box is quick to remind me that it earned "over 200 game of the year awards."

Expectations can be a funny thing though. With so many people telling me that this post-apocalyptic journey was one of the greatest games ever made, I went into The Last of Us expecting something truly life-changing. And while there's no doubt in my mind that Naughty Dog's latest effort is a good game, I came away a little disappointed. This isn't the genre-defining action game I had been told about, but rather a solid adventure with some pacing problems and repetitive combat.

It all starts with a simple outbreak. The television news reports some sort of infection and an explosion not far away. Everybody has taken to the streets and the once peaceful community has quickly devolved into chaos. Cars are crashing into buildings, fires are burning out of control and the infected are running amok, killing anybody in arm's reach. And to make matters worse, the military's presence only escalates the problem. This is how the world we know changed forever.

We pick up the story twenty years after the outbreak has killed off most of human civilization. The government has created heavily guarded quarantine zones, giving the lucky survivors a chance to live in relative peace. Beyond the fortified wall is a world full of dangers, including infected monsters and scavengers that won't hesitate to gun you down for a few supplies. You definitely don't want to leave the safe zone unless you absolutely have to.

As it turns out, Joel absolutely has to leave the safe zone. Against his better judgment, he decides to go on a dangerous mission to smuggle a young girl from Boston to a rendezvous outside the quarantine zone. A rebel group known as the Fireflies believe that this girl, Ellie, may hold the power to cure the infection, and it's vitally important she makes it out alive.

The two are a poor match. He's an aging curmudgeon and she's a 14 year old girl just looking to be taken seriously. But when things go wrong, these two learn they need to work together in order to overcome the infected, as well as the very worst in humanity. What begins as a simple assignment eventually turns into an incredibly harrowing cross-country journey that you won't soon forget.

If there's one thing Naughty Dog is good at, it's paying attention to even the smallest of details. Every environment feels like it could exist in real life, all the way down to books on the nightstand and medicine in the cabinet. It's a fully-realized post-apocalyptic world that feels lived (and died) in. And even when the pacing dragged to a halt, I was always captivated in this destroyed world. It's both a thing of beauty and horror.

Part of what makes this special is the chemistry between Ellie and Joel. While there's friction early on, the two eventually bond in a special way. It's fun to see Ellie's innocent excitement at the sight of escaped zoo animals, or her complete confusion at the concept of an ice cream truck. This is the only world she knows, and The Last of Us is at its best when we get to experience the human moments between the two unlikely stars. 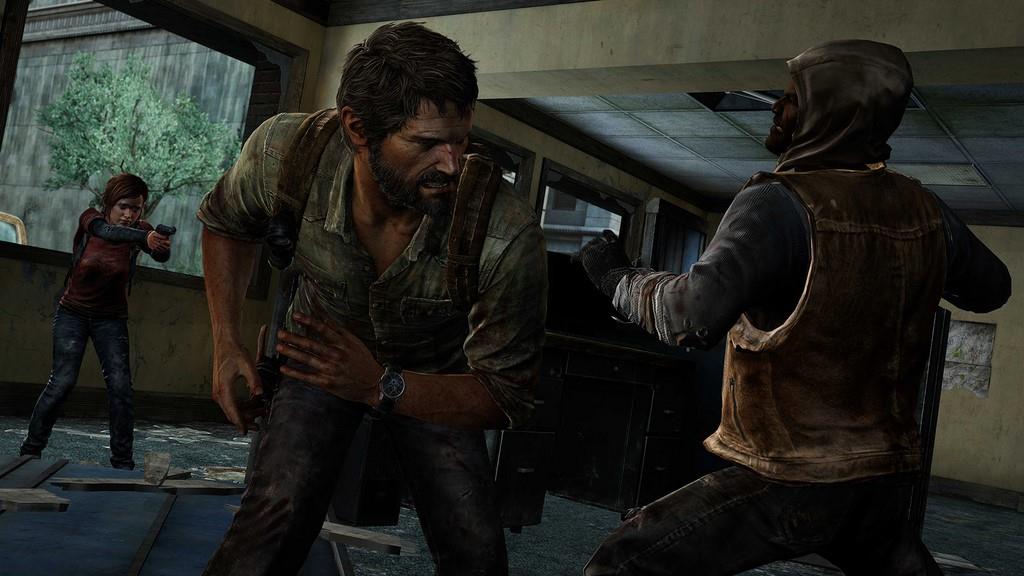 But don't mistake her naivety as weakness, because Ellie is easily the most capable 14 year old you'll ever meet. She's surprisingly good at taking out full-grown adult scavengers, and always willing to risk her safety to open doors and solve puzzles. She also gives as good as she gets, willing to tell people how it really is and never succumb to traditional expectations for how a young lady should behave.

As a single narrative, The Last of Us is an absolute triumph. The promising set-up does not disappoint, complete with all kinds of great set pieces, interesting characters and a wide variety of locations. What sounds like a straight-forward adventure is fraught with all kinds of twists and turns, some you'll see coming and a few that will take you by surprise. This is a deadly and dangerous world, and that fact is drilled home the closer these two survivors get to their final destination.

Unfortunately, The Last of Us has this weird tendency to slow the story down to a crawl in order to fit in way too many action/stealth sequences. Between an out-of-control military, greedy scavengers or the blood-thirsty infected, Joel and Ellie are constantly finding themselves in danger. The game gives players the option to sneak past these baddies (perhaps snagging a stealth kill with a shiv), or take a more direct approach with violence. 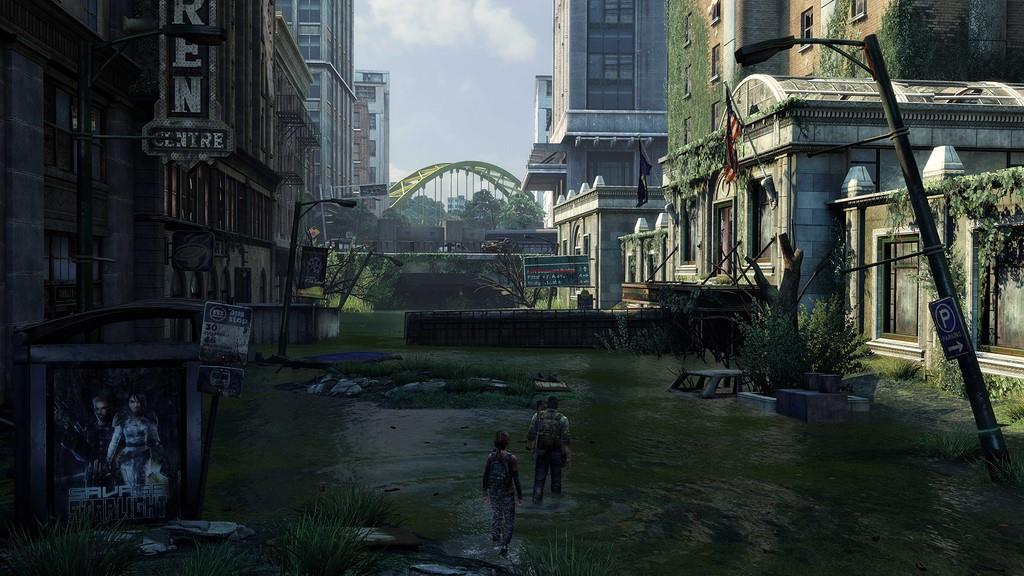 Don't get me wrong, I enjoyed the mix of stealth and third-person shooting. I thought the game had a decent amount of weapons and some of the hand-to-hand combat is brutal to watch. I also enjoyed some of Joel's stealthy tricks, such as listening for nearby enemies (allowing our hero to see bad guys through walls) and throwing items as a distraction.

The problem is that there are so many of these action segments that they start to feel the same after a while. Even with a few neat quirks, I found myself wishing the stealth was more fully realized. The combat is also good, but never anything spectacular. And thanks to some terrible checkpointing, I found myself having to replay most of these lengthy action scenes from the beginning multiple times. This was incredibly frustrating and absolutely killed the momentum.

The sparse checkpointing is only made worse with the introduction of clickers, a specific type of infected who will kill our hero in a single hit. While their annoying sound lets you know they are lurking about, that wasn't enough to keep me from repeatedly getting killed in one inescapable attack.  And even if you do manage to make it through one encounter alive, there's just going to be another big battle after the cinema. 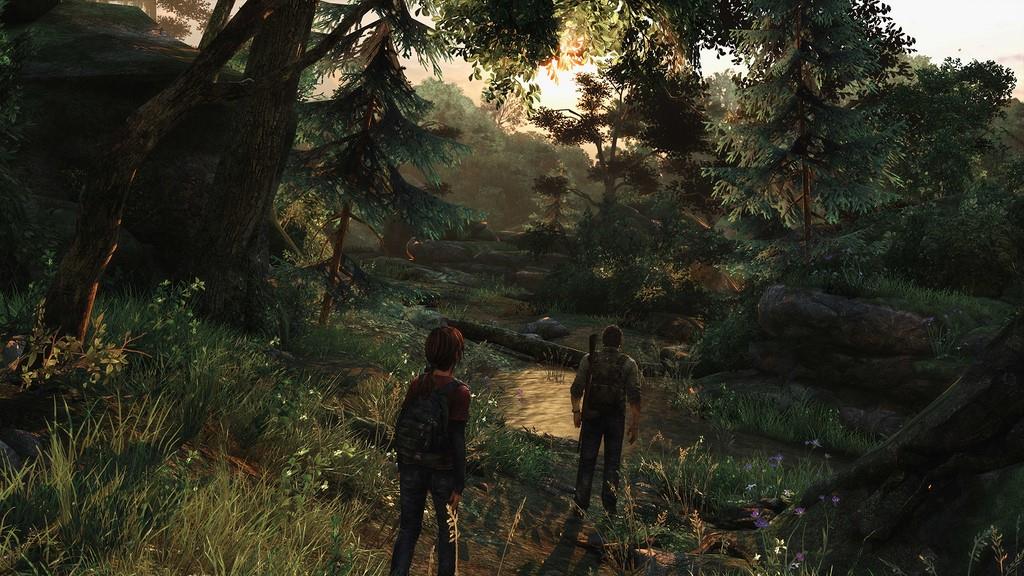 The puzzle solving isn't so great, either. I didn't go in expecting large scale puzzles like Naughty Dog's Uncharted series, but I was hoping for something a little more engaging than finding a ladder. Practically all of the puzzles involve Joel helping Ellie across water or onto a high ledge. I didn't count, but I had to pick up a ladder at least two dozen times. I'm all for the game using ladders, but not when it's just about the only type of puzzle. Given the state of the world and technology, it's a shame the developers couldn't come up with something more exciting than helping Ellie across water.

What makes these moments so frustrating is that they take us away from the story, which is easily the most interesting part of The Last of Us. Instead of having a heartfelt conversation with Ellie, Joel is stuck finding a ladder ... again. Hours will go by with the story spinning its wheels, just waiting for us to make it through an exhausting exercise in repetition.

A lesser game would buckle under the weight of those problems, but the highs in The Last of Us are much higher than most. When it's good, it's outstanding. The final act is as gripping as I've ever seen in a game, and there are more than a few moments that will stick with you long after the credits roll. On story alone, it's a game you'll be talking about for years to come. It's a shame the gameplay isn't as memorable as the narrative. 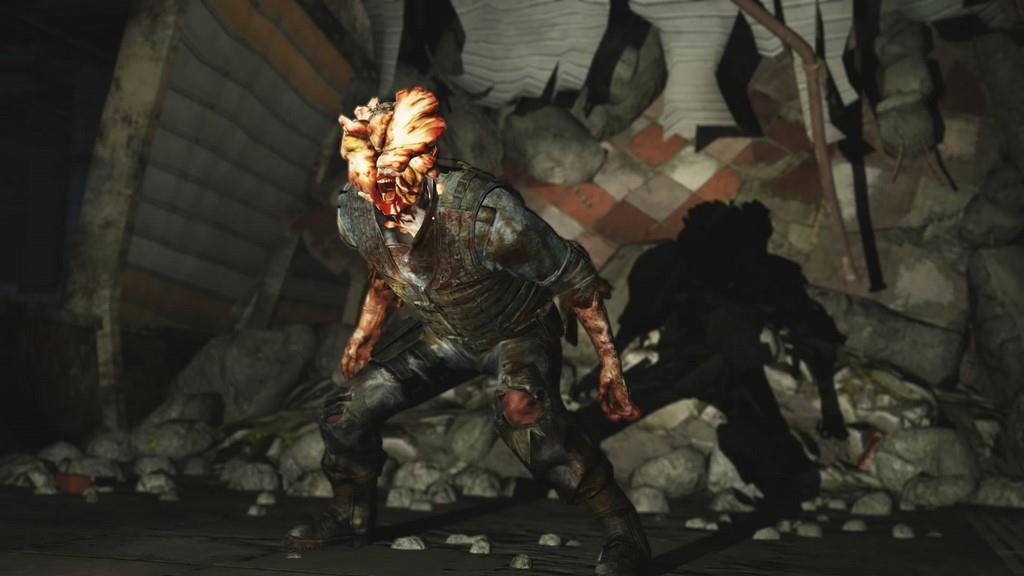 For as sharp as last year's PlayStation 3 version looked, this PlayStation 4 edition is even better. Running at 60 frames-per-second and 1080p, it's staggering how much detail you'll find in every frame. There are some outdoor moments late in the game that are simply breath-taking, and they only make me wonder how good games will look a few years from now. That's not to say it's always consistent, as I noticed a few rough textures and some weird blurring and pop-in. Still, even with those minor glitches, The Last of Us remains one of the best looking games of the last few years.

Beyond the technical upgrades, this PS4 release also features the single-player downloadable content. Left Behind is a short side adventure starring Ellie set during the events of The Last of Us. Not only does this short expansion fill in some gaps in the main storyline, but it also acts as a prequel. It's a fun companion piece that is not to be missed.

I was pleasantly surprised by the clever multiplayer modes, something that normally wouldn't interest me. Given how story-driven the game is, I went in expecting the competitive multiplayer matches to be an afterthought at best. I'm glad that time went into not only making these modes original, but feel like they could be part of this action game's greater fiction.

Even with the extra multiplayer maps and Left Behind, the $50 asking price may be too much for some to double dip. However, for those of us who missed out on the game the first time around, this PlayStation 4 version is not to be missed. Even with a few questionable gameplay decisions, The Last of Us remains a compelling story that needs to be experienced at least once. I won't say it's the greatest game ever made, but it's a damn fine PS4 title.

The Last of Us has one of the best stories in recent memory. Too bad the rest of the gameplay isn't as well done. With far too many action segments and repetitive puzzles, this survival action game gets bogged down by filler. Thankfully the strong last act and great chemistry between leads makes this a must-play, warts and all.