Logitech new G402 gaming mouse is all about the IPS (inches per second).  What does that mean?  It means that when you move your mouse quickly across a surface that the mouse will be able to keep up with you.  This means that when you do a quick turn in a shooter or need to scroll quickly across a map in a RTS that the mouse can keep you with your movement with a large degree of precision.

The average mouse has a IPS rating of around 200 but the new G402 will have an IPS score of 500 IPS.   Logitech was able to get this score by combining a high end tracking sensor with an accelerometer.  What happens is that when you move the mouse past the range of the sensor the accelerometer steps in to help accurately track your movements giving users the ability to rapidly move their mouse in a game without losing any precision. 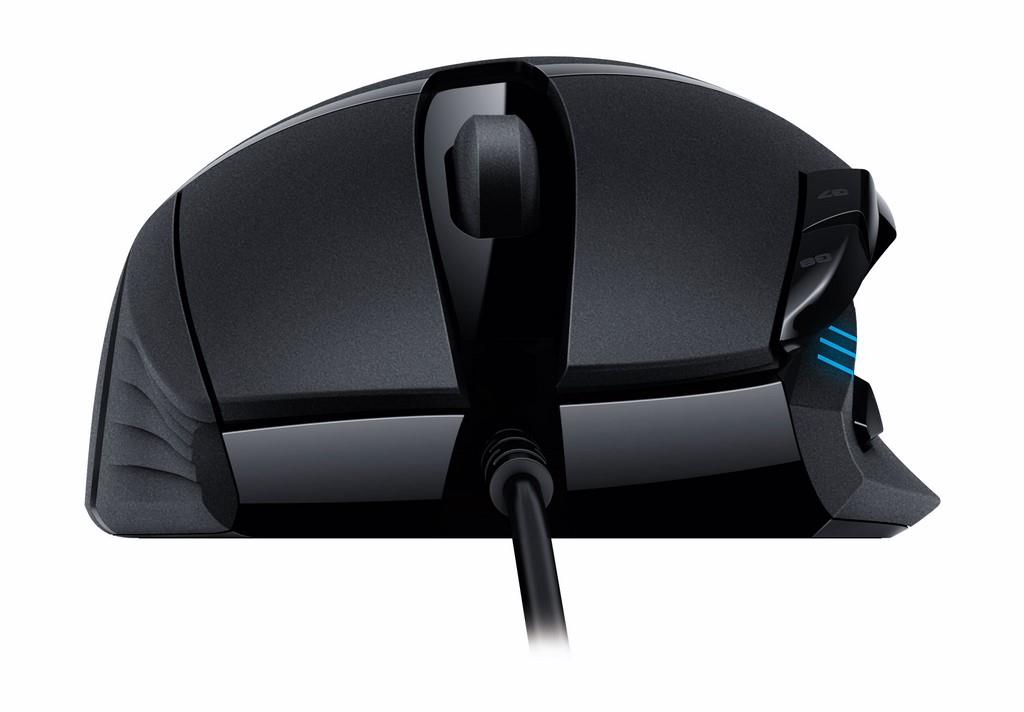 I know this sounds like a lot of marketing speak but I had the chance to play around with a pre-production model at E3 earlier this year and the mouse tracks like a champ even when spastically whipping the mouse across a surface.  The mouse was a little light for my tastes by that's a personal choice.If you're a high end gamer with big mouse movements this mouse might be worth checking out.

The G402 shares the same chassis as the already released G602 and G502 and lacks some of their top end features like a customizable weights and the ability to adapt the laser sensor to the surface your using.  I'm still getting used to smaller hump of the new G series mice but the mouse was certainly comfortable and seemed to have the usual Logitech build quality.

The mouse will be available later this year for $59.99 and John is already working on a review of the mouse.