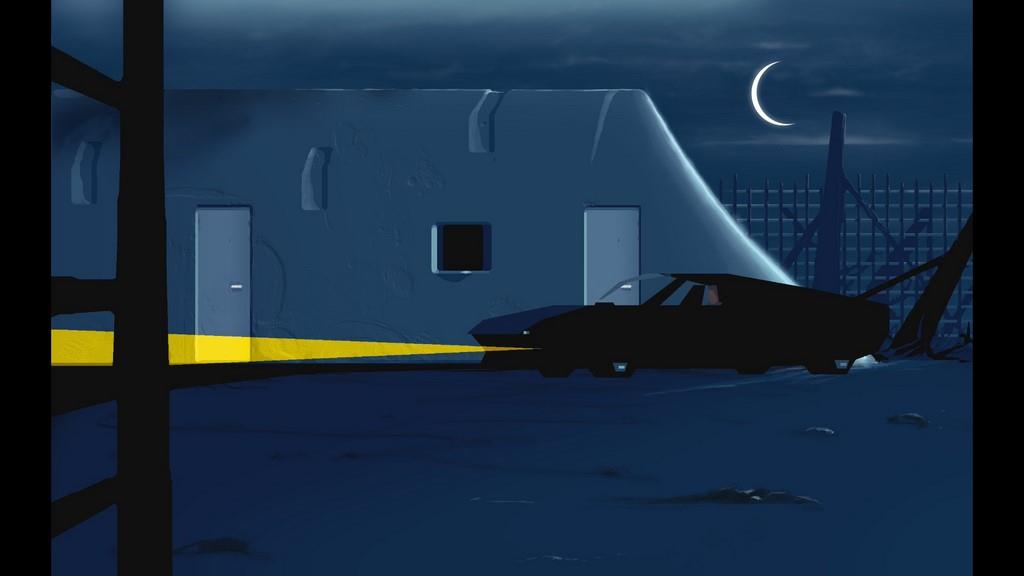 Critics weren't sure what to make of Another World when it first debuted on 16-bit consoles. While many marveled at its cinematic presentation, this 2D action-adventure baffled gamers who had been trained to mindlessly run to the right and jump on turtles. But this game aspired to be more than just another Super Mario clone; it wanted to tell an emotional story about unlikely friends and a place that was, quite literally, out of this world.

Here we are, 23 years later, and games with emotional narratives have been accepted by the mainstream. Even the most bombastic action games feature stories meant to tug at your heartstrings. We've come to expect cinematic flourishes in every game we play, and Another World was an important step in that evolution. Given how much games have changed in the last two decades, I was excited to revisit Eric Chahi's influential classic.

Another World (which was also known as Out of This World in the United States) tells the story of Lester Knight Chaykin, a young physicist who accidentally gets sucked through a portal into, you guessed it, another world. After successfully escaping a wild monster, our hero is quickly captured and kept in a cage. It's in this cage where he meets an unlikely friend, a fellow alien being held against his will. After a narrow escape from captivity, the two prisoners set off on an adventure to get as far away from these savage creatures as possible.

Escaping the enemy prison is easier said than done, as Lester quickly discovers. When he's not battling guards with laser guns, our hero spends most of his time trying to figure out the labyrinthine level designs. If that wasn't enough, Lester will need to figure out a series of puzzles and the order to activate them. Only if he does everything correctly will he be able to move on and, hopefully, escape with his new best friend. 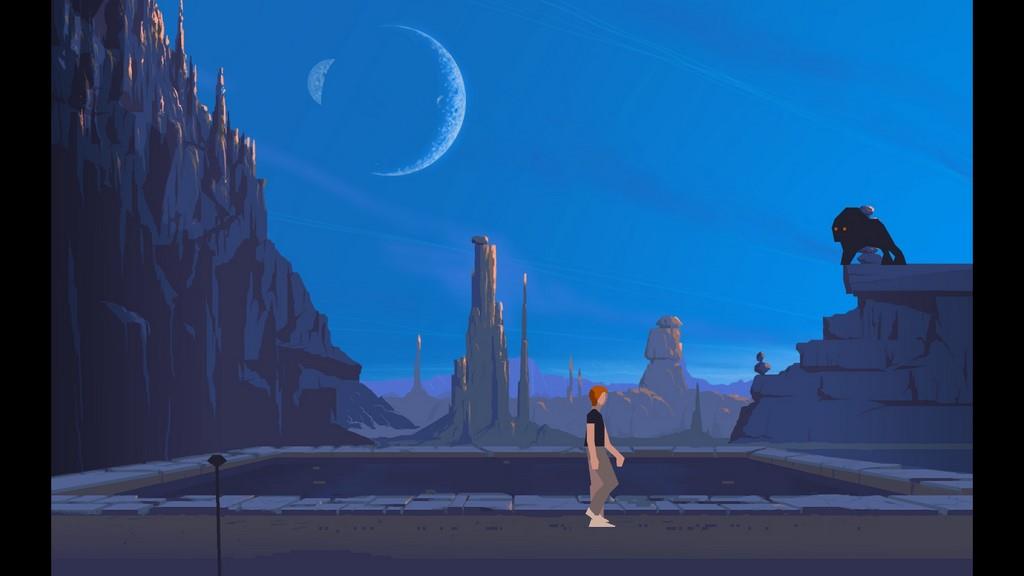 For those that know the right path, Another World takes less than a half hour to complete. But that's the exception, as most people will spend their time running around looking for what to do next. It's not always clear what the game is asking of you, and some impatient gamers will likely be turned off by the trial-and-error gameplay.

The play mechanics may also prove a turn off, as it employs the controversial rotoscope animation process. For those familiar with the original Prince of Persia and Flashback, this process creates incredibly realistic animation. Unfortunately, the fluid look often takes priority over tight gameplay. This is certainly the case with Another World, which sees loose handling and buttons that don't always work as expected.

While the gameplay hasn't seen a lot of improvements, the graphics certainly have. Most of the characters and monsters still retain their blocky (albeit higher-res) look, but the backgrounds have been completely redrawn. Now this alien world is not only mysterious, but also beautiful to look at. The animation also runs noticeably smoother than my Super NES cartridge. And best of all, players can switch back to the old-school look at the touch of a button.

Unfortunately, there isn't much to do after finishing up this brief (but memorable) adventure. This oddly named "20th Anniversary Edition" has everything split into chapters, but even that isn't much. The brief running time makes it fun to show off to friends, so perhaps PlayStation 4 owners will get replay value by speeding through it on Twitch. Either way, the low asking price seems fair when compared to the game's length.

It's also worth noting that Another World is cross-buy, so a single $7.99 purchase will get players access to the PlayStation 4, PS Vita and PlayStation 3 versions of the game. I didn't notice any visual differences between the PS4 and Vita versions, and all three versions are small in size.

Although Another World is unquestionably still fun to play through, I was disappointed by how barebones the package felt. It would have been nice to learn more about the making of the game, even if it's simply through pages of text. I would have liked to have seen some mention of the sequel, Heart of the Alien, which really is celebrating its 20th anniversary this year. For a game celebrating a birthday that was three years ago, Another World: 20th Anniversary Edition feels like it was thrown together at the last minute.

Another World is one of the most important video games of all time. It started the ball rolling for cinematic action games with emotional stories, and it has never looked better than it does on the PlayStation 4. Sadly, the game's short length and barebones package keeps this from being a must own, but the low asking price and three-way cross-buy may make Another World: 20th Anniversary Edition worth considering.