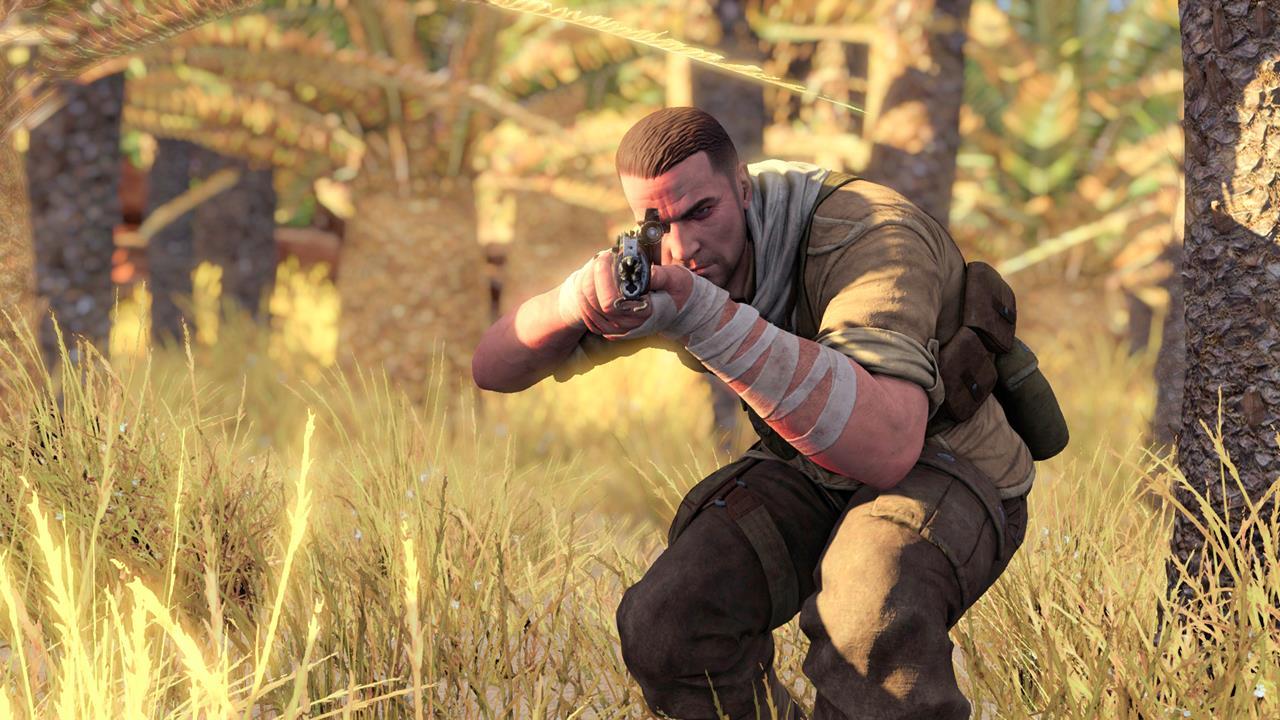 When it comes to first- and third-person shooters, I've never been one to play as a sniper. As much as I admire the power they wield, my aim isn't very good and I quickly grow impatient. I would rather run and gun, perhaps with a powerful shotgun or dual-wielding futuristic laser pistols. But Sniper Elite III has forced me to not just confront my fear of sniping, but actually get good at the craft.

Much like the first two installments, Sniper Elite III takes place during World War II. But don't expect to see Omaha Beach or any of the famous locations repeated endlessly in movies and first-person shooters, because our hero, officer Karl Fairburne, spends all his time tracking down a mysterious super weapon in North Africa. This is one of many smart decisions made by developer Rebellion.

Told from the third-person perspective, this World War II shooter puts a heavy emphasis on sniping and stealth action. Players will need to find the ideal sniping spot and patiently wait for the perfect shot. And if that wasn't enough, we're also asked to factor in the variables, such as wind and bullet drop. It's a process that should leave me ripping my hair out, and yet I had the complete opposite reaction while playing Sniper Elite III.

You may think that the sniping gimmick might be limiting, but that simply isn't the case. The levels are enormous, full of tall sniping points, hidden underground tunnels and multiple paths to every destination. This means that you can mess up a shot and still have an easy time running to safety, ready to try the same shot from a different angle. It gets to the point where you're toying with your prey, coming at them from all sides and striking when they least expect it.

Perhaps it has something to do with the easy sniping mechanic, but I couldn't get enough of the cat and mouse gameplay. Each level is designed to be played multiple times, and it's clear that players can tackle the same objectives in completely different ways. As long as you're not getting caught by the Nazi troops, there's no wrong way to play Sniper Elite III.

While the majority of the game involves sniping, I was surprised that the run-and-gun option was still viable. Players start each stage with two weapons designed for close-range combat. There's a pistol and assault rifle, both of which come with limited ammo. This is not Gears of War and you cannot rush into battle with a machine gun; your attack plans needs to be strategic. It's easy to get yourself stuck in a situation where soldiers are coming from all sides. This is made worse when you realize just how fragile Karl is.

On top of the secondary weapons, our hero has a number of stealth attacks. For example, Karl is able to lay down landmines, which can trip up both soldiers and tanks. He also has a fair amount of grenades and explosives, as well as a rock to distract guards. And much like Naked Snake, this sniper is a master of close-quarters combat.

Sniper Elite III also gives players a chance to customize their loadout, allowing for different types of sniper rifles and secondary guns. There are also collectibles scattered throughout the stages that unlock more equipment. There's more than enough depth for the gun nuts who can't get enough of this era, as well as a novice like myself.

I was impressed by not only the variety of missions, but how each location manages to look and feel completely different. Each stage consists of multiple objectives, including a number of optional missions. For example, you may start out trying to locate a group of prisoners, and then eventually move on to protecting them from enemy tanks and waves of soldiers. In another mission you'll be tasked with bombing a secretive weapons factory, but only after you've killed everybody working there.

Each of the eight stages manages look completely different, which is no easy feat considering the limited color pallet. To my shock, Rebellion has managed a unique look per stage, switching up the time of day and types of locations. In one stage you'll be sniping on the side of a huge mountain, and yet another stage will be completely flat and set in a residential area. The developers use color and lighting in an effective way, and there are moments where I would call this game pretty. 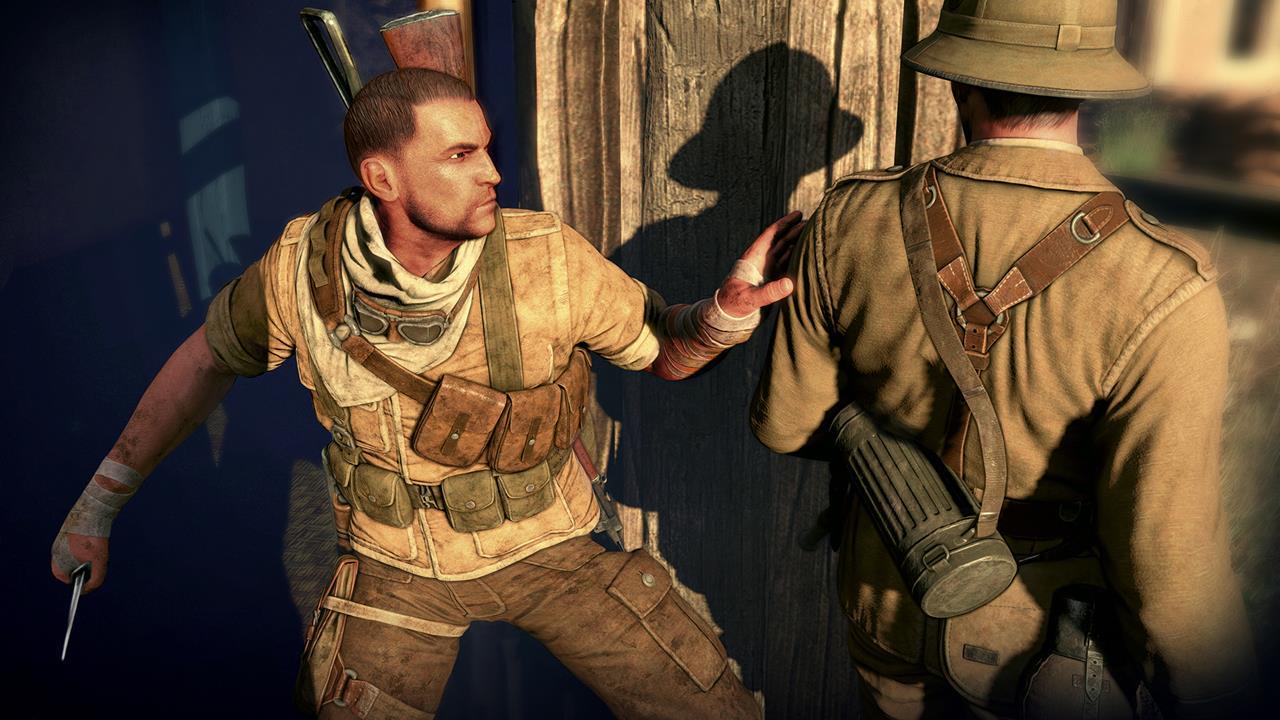 Having said that, Sniper Elite III looks like an upscaled PlayStation 3 game. The textures are crisp and everything runs at close to 60 frames per second, but there's nothing here that couldn't be duplicated on the last generation consoles. Between the simple sniping mechanics and the wide-open stages, there's a lot of potential for a truly next-generation sequel, but this isn't it.

Did I mention that Sniper Elite III is as brutally violent as Mortal Kombat? Not content to simply let you take down a Nazi soldier in one shot, the game shows you the bullet's trajectory and what it does to the human body. Framed in glorious slow-motion, we see the bullet rip through the skin, shatter the bones and explode lungs, eyeballs and even the heart. It's gross, and yet incredibly satisfying.

Gimmicks aside, I was disappointed by the game's bland story. Karl Fairburne is on a mission to stop a secret Nazi weapon, and yet the narrative lacks urgency. There aren't many interesting twists and turns, and the entire story feels like an excuse to take us to different parts of Africa. Big Boss went on the same mission in Metal Gear Solid 3, and I assure you the outcome was much more interesting than the paper-thin story found in Sniper Elite III.

And while I enjoyed the large levels and unique missions, I felt like there could be more done with the concept. Even with the optional objectives and different stages, there's still a lot of repetition. The whole thing left me intrigued by the idea of a truly next-generation Sniper Elite game, something that fully delivers on the potential. 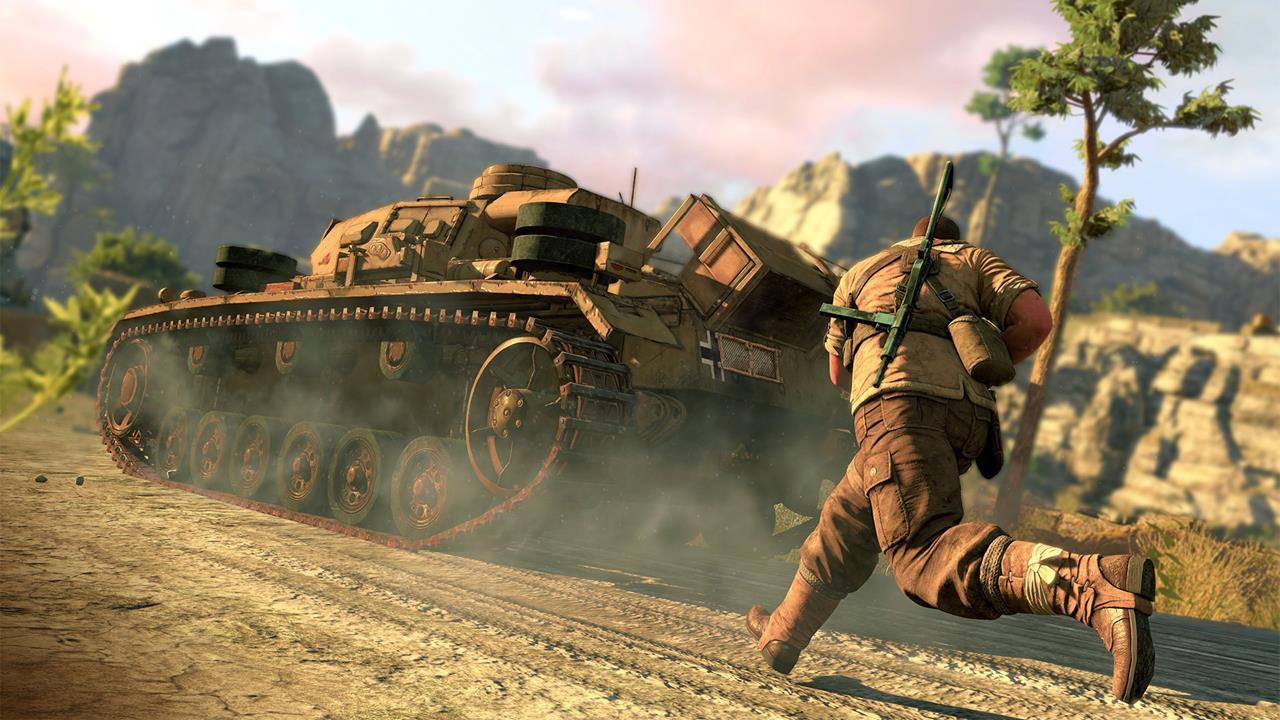 On top of the eight-stage campaign, players are treated to a number of extra modes. The most noteworthy is the online multiplayer, which is also the least interesting part of the package. While I'm sure players will get a kick out of the snipe-based online mode, this is simply not the way I like to play third-person shooters. What's more, the overall design feels like it was an afterthought when compared to the other modes.

The more interesting challenge modes have you squaring off against waves of increasingly difficult soldiers. This is something you can do both by yourself and with a partner, though neither version is radically different. The most exciting selection is Overwatch, a mode that sees players squaring off against another sniper in a large area. This is genuinely captivating and reminds me of the battle with Metal Gear Solid 3's resident sniper, The End.

Between the stealth action and the simple sniping mechanics, I had a lot of fun with Sniper Elite III. I went from hating the very idea of sniping to loving the power I had over groups of Nazi soldiers. Each stage is huge, complete with diverse objectives and multiple paths to victory. And even though it takes place in World War II, Rebellion has managed to find a fresh take on the overused setting. While still coming up short of its true potential, Sniper Elite III has a gimmick worth paying attention to.

Sniper Elite III is a third-person action game with a heavy emphasis on stealth action and sniping. Thankfully the levels are large and the player always feels in control, even in the frequent indoor portions. Gamers looking to run and gun will be disappointed, but everybody else will get a kick out of this solid World War II shooter.