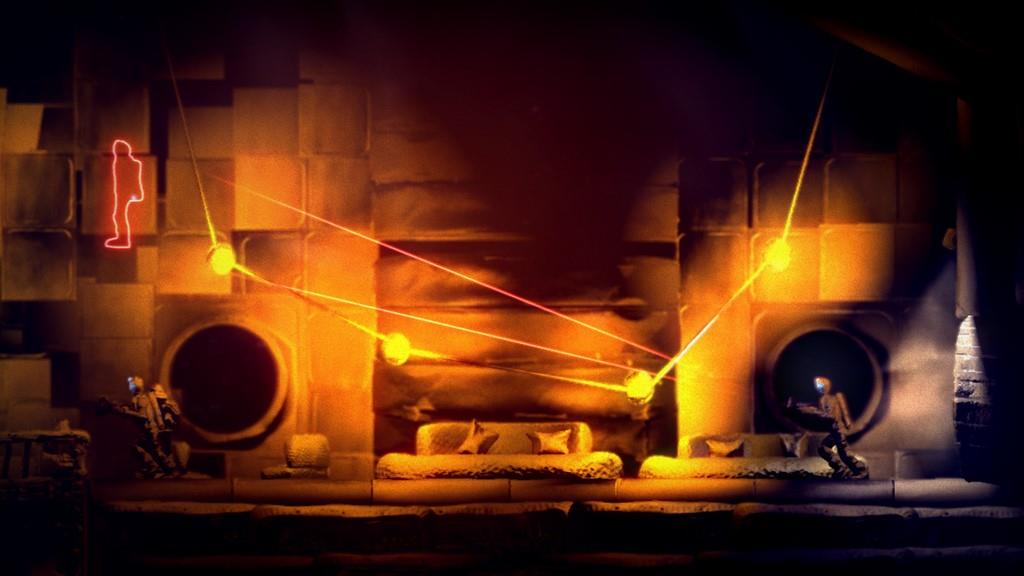 A great video game gadget needs to be more than just another clever idea, it has to be the type of item you want to goof around with in your free time. Bionic Commando's robotic arm was not only a way to swing over deadly spike pits, but also a fun toy you can perform impressive tricks with. Just the thought of donning a flying cape or equipping the Aperture Science Handheld Portal Device makes me want to play Super Mario World and Portal.

The Swapper has one of those ingenious gadgets you can't believe didn't exist prior to this game. It's a gun that allows you to not only create four identical clones, but swap bodies in order to solve puzzles and find a way off the deadly space station. What starts out as a simple gimmick quickly becomes an invaluable accessory. Best of all, with just a little practice, our hero will be able to float around stages and command his environment with superhuman powers.

But let's not get ahead of ourselves by talking about technology that shatters our very understanding of physics, because The Swapper is more than just a fun puzzle game with an innovative gun. What I wasn't prepared for was how great the science fiction elements would be. From the thick atmosphere to the thought-provoking story, all the elements come together to create one of my favorite games of the year.

From the moment you get dropped off on the unusually quiet space station, there's a real feeling of isolation. Something terrible happened here, but it's not entirely clear what. We learn through logged communications that the crew at Theseus discovered a group of ancient rocks at an excavation site called Chori V. Scientists were shocked to discover that the rocks displayed unusual electro-chemical activity, suggesting they may be intelligent. In true science fiction fashion, things go downhill from there. 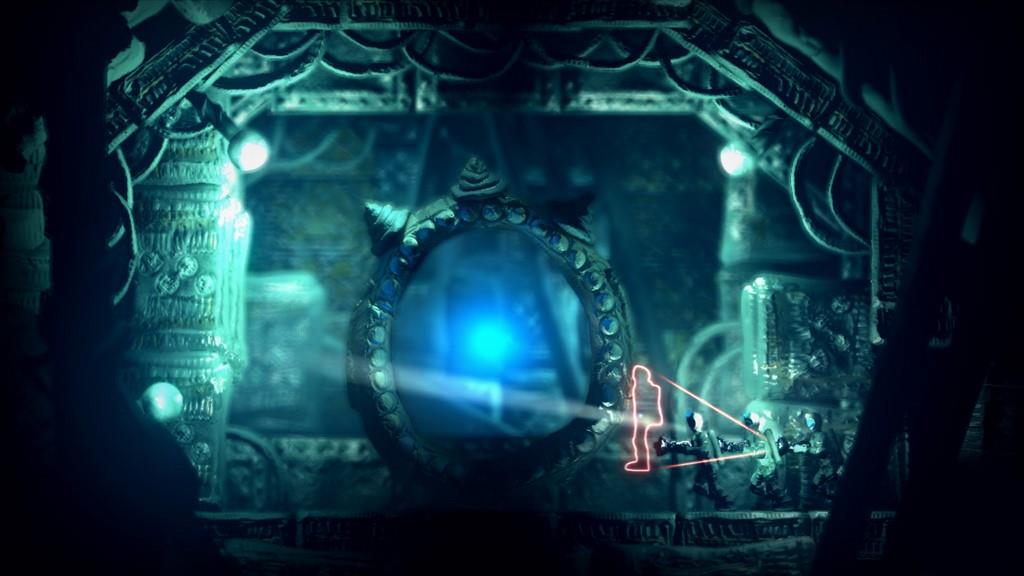 This setup could have very easily turned into a Contra-style shoot-em-up. Thankfully, the developers went in a different direction. Instead of wasting ammo firing at alien monsters, The Swapper plays out like a 2D version of Portal. Our hero makes his way through the many different areas of the space station solving puzzles and collecting Monogon orbs. The orbs look cool and are useful, helping the player open up locked doors and power up the various teleporters.

Every puzzle uses the game's swap gimmick in one way or another. At first it's for little things, such as placing a clone on a floor trigger. But it doesn't take the game long to ramp up the difficulty, forcing the player to think about the swapping power in different ways. I was surprised by how diverse the different puzzles were, and how the developers kept figuring out new things to do with the theme. The Swapper gets a lot of mileage out of a very simple concept.

The screenshots you see are deceptive. At first glance, The Swapper looks a lot like a traditional 2D platformer. But that couldn't be further from the case, as this puzzler ends up feeling like a dual-stick shooter without any actual shooting. The left analog stick and D-pad control your character's movements, while the right stick is used to aim your specialized clone gun. This takes a little getting used to, as simple things like turning around will need to be done manually. Thankfully there aren't any enemies wandering around, so you'll have plenty of time to get acquainted with the game's unique control scheme.

With so many puzzles demanding precise timing, it's a good thing The Swapper allows players to slow down time. This is accomplished by simply holding down the clone button, allowing the player enough time to make their move. No matter how long you've been playing video games, you'll see a lot of The Swapper in slow motion.

And just when it seems like they've run out of puzzles built around swapping bodies, the developers throw in a new wrinkle. I was surprised to learn that some of the game takes place outside the station, floating through space. There's also a significant chunk of the game that toys with reverse gravity, forcing the player to walk on what used to be the ceiling. Even without enemies running around, there are quite a few obstacles that can change the way you play The Swapper.

Instead of simply going from one testing chamber to the next, the puzzles are couched in what appears to be an elaborate homage to Super Metroid. Players are free to roam around the space station, looking for communications, space rocks and even hidden messages from home. The interconnected areas make this feel like a real lived-in location, and not just levels in a video game. A lot of care went into making each area a little different, and I loved exploring every inch of this deadly facility. 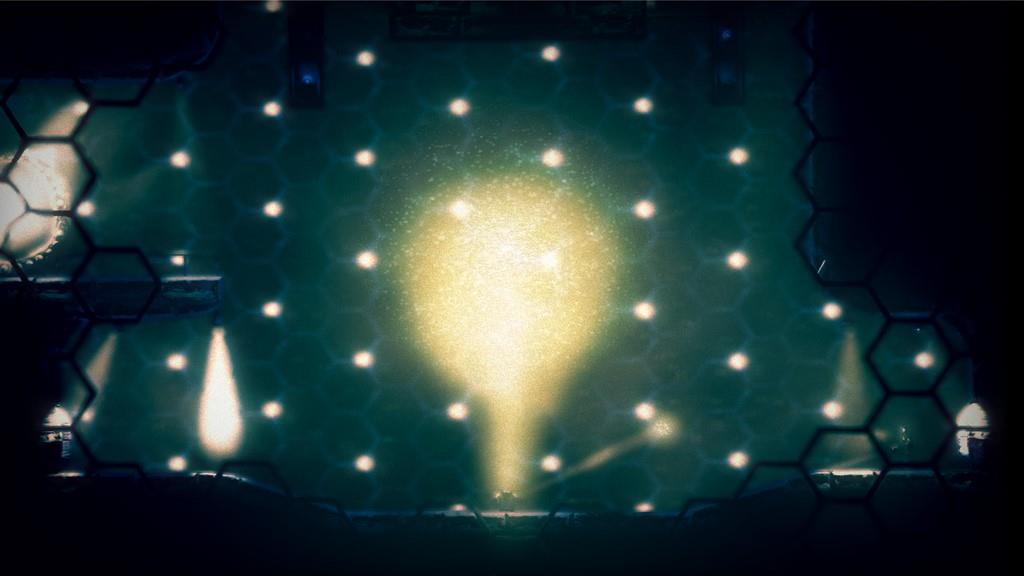 The game's gripping story certainly didn't hurt. I was sucked into the mystery right from the start. This is a world that doesn't look like anything I've seen before, and I simply had to know what happened to the crew. And as I uncovered the startling facts behind this mystery, I was even more compelled to see how it ended. For what it's worth, I was not disappointed.

The Swapper is the kind of rare treat that doesn't just excel at being a great puzzle game, but also offers an intriguing story, unsurpassed atmosphere and a great science fiction setting. Best of all, The Swapper's clone gun is a blast to mess around with. There were times when I felt unstoppable, like a superhero without any bad guys to fight. Much like Portal, The Swapper is a puzzle game I'll be talking about for years to come.

Despite being a puzzle game with a very simple (albeit ingenious) gimmick, The Swapper manages to subvert expectations and tell one of the best science fiction stories of the year. Between its unique presentation and constantly evolving puzzles, this is one game I'll be talking about for some time to come. The Swapper is a masterpiece of design.