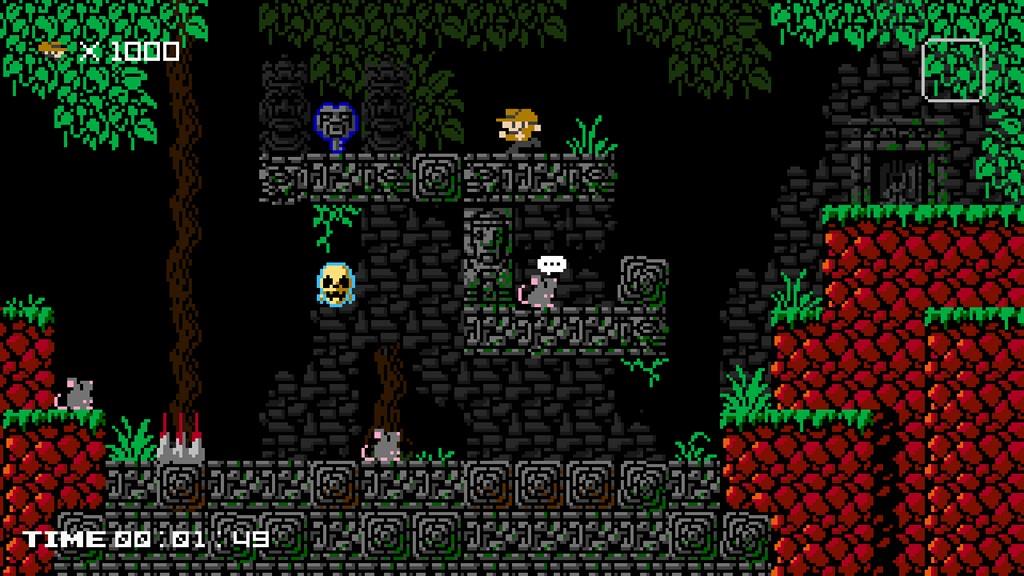 As somebody who lived through the 8-bit era, I feel like I need to clear up one huge misconception about old school video games. Contrary to what Super Meat Boy or Spelunky might have you believe, not all 8-bit games were punishingly difficult. They didn't always require pixel-perfect platforming accuracy and superhuman memorization skills. The modern retro movement has conditioned players to think that all old games are punishing, and that simply is not the case.

1001 Spikes is the type of game that will put these misconceptions in your head. It plays into the theory that every level should be as unfair as possible, and death is always around the corner. Chances are you'll die dozens of times in every stage, often cursing the developer for the sadistic traps. And yet, despite my better judgment, I can't help but love this frustrating dream crusher.

You play Aban Hawkins, a daring adventure seeker with real daddy issues. Instead of inheriting his father's riches, Aban receives a mysterious treasure map. This sets our hero on an adventure to solve his father's last riddle and collect the hidden treasure. The story is only there to set up a series of increasingly challenging stages that will test all of your platforming skills.

Forget what the title tells you, the 1000+ spikes are just the beginning of your woes. It won't take long for Aban to run from boulders, navigate moving platforms, make impossible jumps, survive disappearing blocks and shoot down enemies. And don't forget the many forms of spikes just looking to ruin your day. With so many obstacles to overcome, it's easy to be paranoid while playing 1001 Spikes.

The good news is that players start with 1001 lives, so you can afford to die a few times on a particular stage. As the levels get harder, you may find that you're losing more than a few lives. Thankfully there are ways of earning extra lives, including snagging hidden items and completing all the puzzles in a particular area. And since there are extra lives to buy with in-game currency, you'll likely never run out of tries.

Although the obstacles are different, every stage has the same basic goal. It's your job to run in and collect the key, that way you can open the exit door and move on to the next stage. Most levels can be completed in less than a minute, though it may take a half hour of trying to get it right. And without a single checkpoint in sight, gamers with a low tolerance for frustration should avoid this retro-themed platformer.

Like many punishing action games, 1001 Spikes is not for everybody. There's a fair argument to be made that this is a game more about memorization than skill, which is something I cannot refute. On the other hand, the levels are short and many of the obstacles feel like they came straight out of a Mega Man sequel. Perhaps it's because I'm constantly playing difficult games from the 8- and 16-bit eras, but I didn't find this nearly as frustrating as similar retro-themed platformers.

What really swung me was the amount of bonus content. Not only are there quite a few bonus levels and modes, but there are well over a dozen extra characters to collect. For starters, players can dress Aban up as other famous video game heroes, such as Ryu from Street Fighter, Sir Arthur from Ghost 'n Goblins and Castlevania's Simon Belmont. These characters have different styles of attack and unique abilities that can help solve each puzzle. 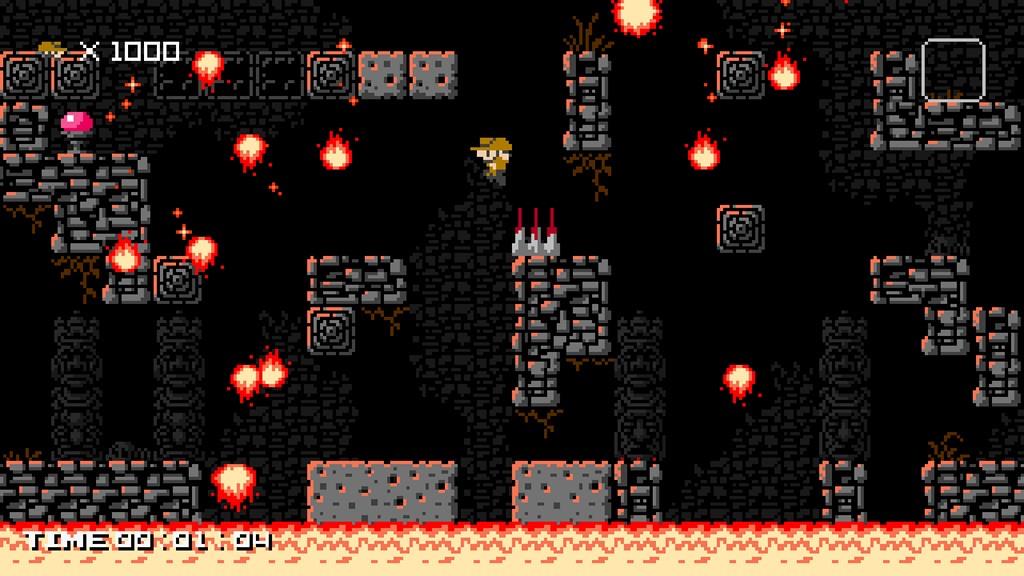 On top of cosplaying as some of the best known retro characters of all time, 1001 Spikes also features a number of cameos from the modern indie game movement. Early on, players take control of Commander Video from Bit.Trip Runner 2 and Sugimoto from Tempura of the Dead, two characters with radically different play styles. My favorite bonus character is Juni from Knytt Stories, who is able to double jump, float and cling to walls. Because of her abilities, it often feels like she hit the easy button.

On top of the lengthy story mode, players will find a few extras worth exploring. The Tower of Nannar is an ode to Kid Icarus, featuring our hero making his or her way up a series of vertical platforming stages. There's also The Lost Levels, which features another batch of taxing platforming puzzles. While not as substantial as the main story, these bonus modes add a lot of content to an already packed game. 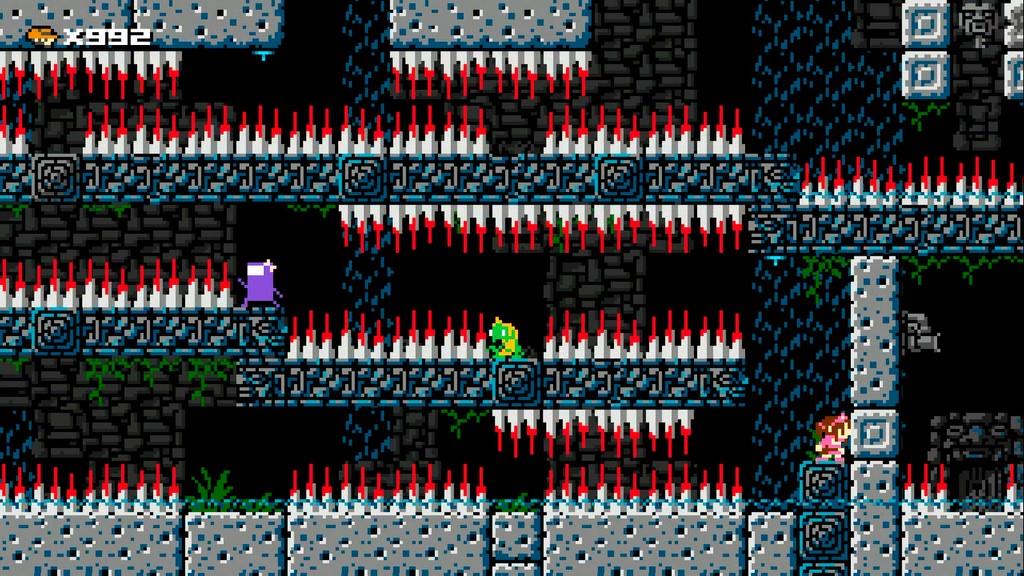 Although 1001 Spikes is cross-buy between PlayStation 4, PS3 and PS Vita, you cannot transfer saves between systems. This is especially disappointing for a game like this, where you may not want to replay an especially brutal stage. It's also worth noting that the portable version is lacking multiplayer, though Vita owners aren't missing much.

Maybe I'm a masochist, but I find this brand of punishing action to be rewarding. There's no better feeling than finally overcoming a puzzle that felt insurmountable 150 lives ago. I was not only impressed with the game's devilish level designs, but also the amount of quality bonus content and diverse line-up of extra characters. For people who enjoy repeatedly stubbing their toe, 1001 Spikes is for you.

1001 Spikes joins a growing list of retro-themed games made for modern consoles. This PSN release (also available on every other system you own) will test your resolve through a series of increasingly sadistic stages. With deadly obstacles at every step, this is one game that never lets up. But fans of this type of punishment will enjoy the clever level designs and rage-inducing traps. Good luck.