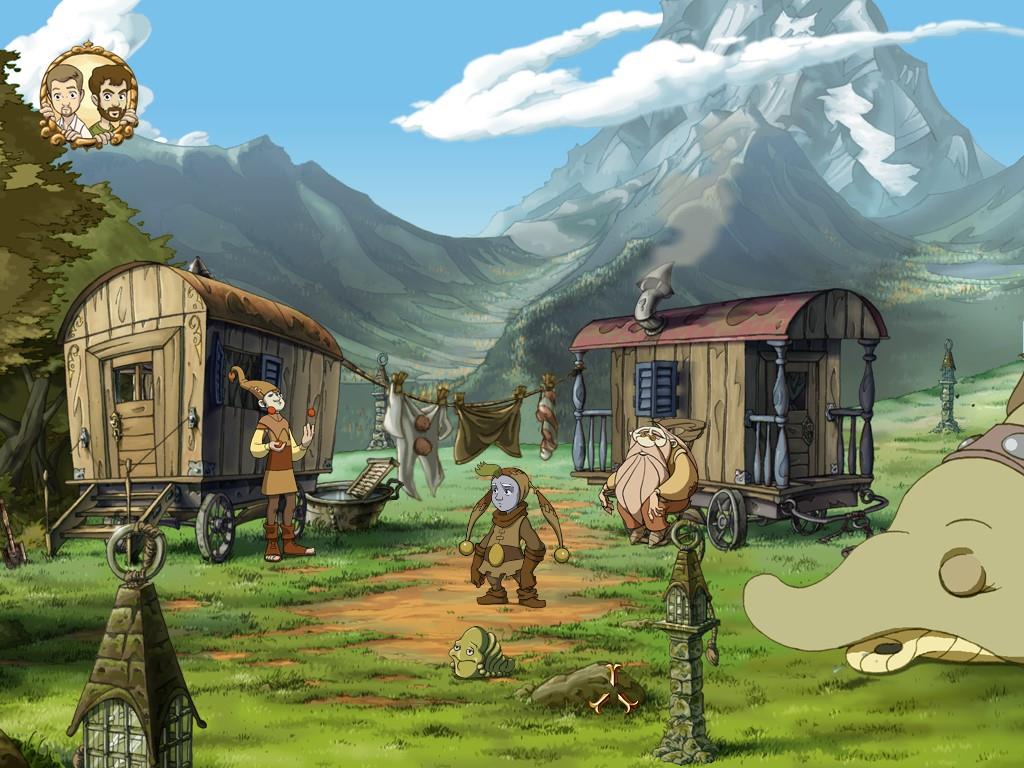 Point-and-click adventure games are in something of a renaissance right now, especially in the indie community. In 2012, Doublefine's Broken Age set a new record for crowdfunding with its Kickstarter campaign. Telltale's The Walking Dead and The Wolf Among Us have been setting new benchmarks for storytelling in games with each episode that's released, and the company seems to be picking up new franchises left and right. And new point-and-click Kickstarter projects are cropping up daily. Considering this, and adding the fact that Daedelic has been working on a sequel to The Wispered World that's set to release early next year, it only makes sense that they would want to blow the dust off of the original and get it back on the market. The special edition of The Whispered World has added audio commentary from the game's creators, "Poki" and Marco Hüllen, as well as an alternate ending. So how well has this classic held up over the years?

I never played the original Whispered World, so this was my first time entering the world of Silentia. I was immediately swept away by the amazing music and hand-drawn graphics. It reminds me a little bit of Hayao Miyazaki and a lotta bit of Jim Henson. The art, the music, the dialogue, the story--everything works together to provide powerful overtones of simultaneous whimsy and melancholy. I'm always a fan of bittersweet storytelling, so I was ready and willing to invest myself in Silentia.

For the uninitiated, The Whispered World is the story of a young, depressed clown aptly named Sadwick who is trying to circumvent his destiny. The game opens in Sadwick's circus trailer, where he lives with his hostile brother, Ben, his senile grandfather, and his loyal pet caterpillar, Spot. Sadwick's first goals are to run away from the circus and do something with his life that has some kind of significance--and he quickly finds himself in over his head.

The Whispered World was originally released in 2009 (2010 in the U.S.) but it began development years before that. It takes a lot of cues and mechanics from other point-and-click classics. And, as such, it's subject to a lot of the same tropes and problems of the genre. Whispered World's biggest problem is that some of the puzzles just don't follow conventional logic. It's a common problem in older point-and-click adventures--you reach a puzzle that you can't figure out, and you just cycle through your inventory on every object you can interact with until you find the solution. And once you have it, you can't help but think to yourself, "How the hell was I supposed to figure that out?" It completely breaks up the action in the most boring and frustrating way--it's my least favorite part of a genre I love. I think it's even worse than having to grind for levels in role-playing games (I barely have the patience to do that, and it even involves killing things for hours on end). Unfortunately, Whispered World is very prone to having these sections. However, there are some puzzles that I think are really imaginative and well done. It's just a shame that they're constantly interrupted by gaps in logic.

I like the way the audio commentary is implemented. Instead of turning it on and off in the options menu and having the writers talk over the game, it's an extra button that's added to the gameplay HUD that you can click when you want to hear it. Every screen has a couple minutes of conversation between Marco and Poki where they talk about background info from developing the game, the voice actors, point out small details you might have otherwise missed, and a few times they accidentally drop minor plot spoilers and inadvertently give you hints to solving the puzzles. So if you haven't played it before, be aware of those last couple of things. I always enjoy commentary, so I liked listening to Marco and Poki. The only problem with it is that because the text is translated from German, there are a few translation hiccups and a lot of typos. Every once in a while they get lost in their own inside jokes--or at least I assume they're inside jokes, they could just be something lost in translation. It also lacks a layer of polish. It feels like it was added in a rush so they could have more than an alternate ending for the special edition.

Another big failing is the English voice acting. Specifically, the protagonist, Sadwick. He has some good lines, but his high-pitched lisping voice is immediately off-putting, and doesn't get better with time. Because your main way to interact with the world is to have Sadwick narrate what he sees, you'll be hearing him a lot. After Marco and Poki were talking about the original voice actors, I decided to switch the audio to German and keep the English subtitles. It causes a weird dissonance to hear something different than what you're reading, but if you're one of those people that prefers dubs to subs you'll have no problems with it. At the very least, the German voice acting isn't as grating, and when the writers talk about the voice talent, you'll know exactly who they're talking about. 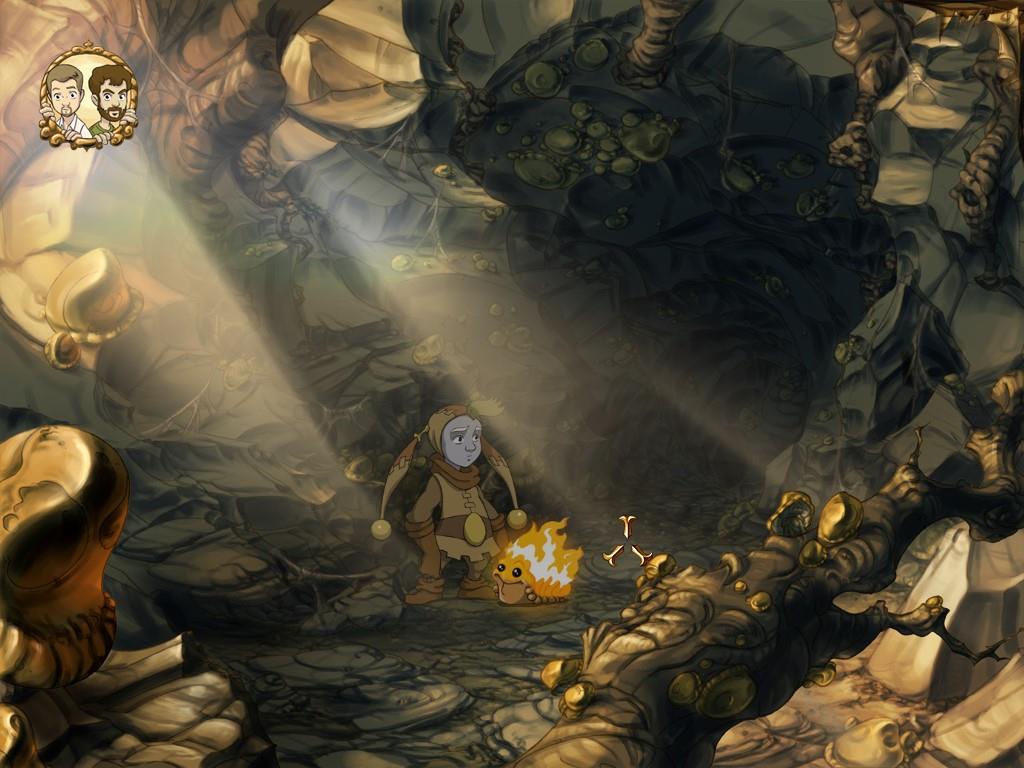 As I said earlier, the visuals are awesome. The environments are stunning, and they are host to some beautiful, smooth parallax scrolling and animations. There were times where I got distracted from actually playing the game because I was just watching the environments do their thing. The only animations I had a problem with were the characters' speaking animations, because their mouths weren't even close to lining up to what they were saying. But if you're someone who regularly consumes foreign movies, cartoons, and games,  this shouldn't be too much of a problem. Even if you aren't, you stop noticing it after a while and just sit back to appreciate the rest of the animation.

The melancholy story of Silentia is really well written. It's a story of internal struggle, and the fear of getting caught between change and stagnation. Like the Miyazaki movies that inspired it, The Whispered World has a compelling and important story for young people, but it's not dumbed down so adults can't appreciate it.

The Whispered World's strong points are its visuals, story, music and the overall tone of the game. However, it's prone to a lot of the failings of the genre--particularly puzzles that end up having a logic to them that's so obscure, you end up cycling through your inventory to solve them. If you're someone who really loves story-focused point-and-click adventures, especially their early incarnations, and you don't mind games that lack a little bit of polish (mainly in the special edition features), then you might want to check out The Whispered World.