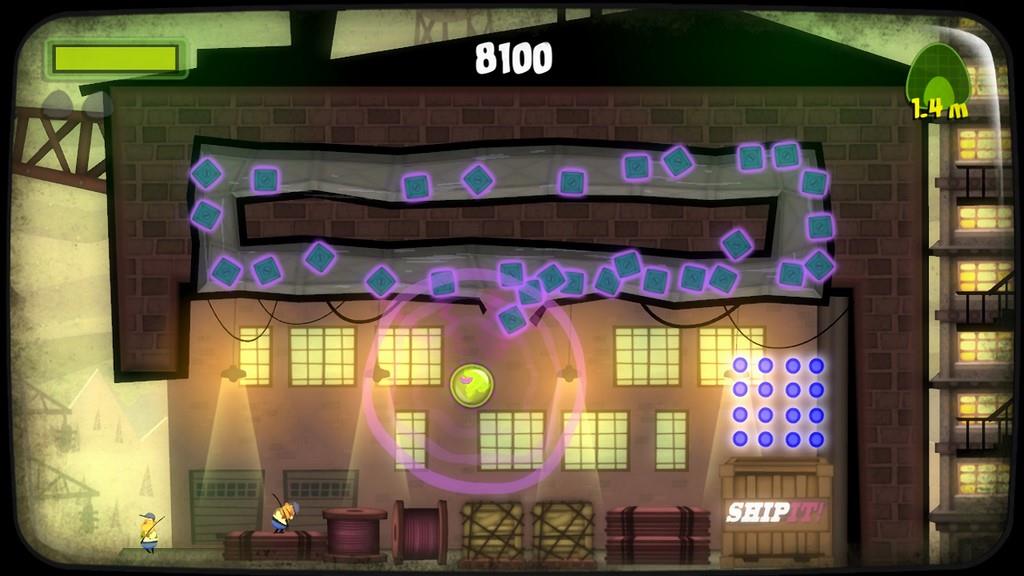 Written by Nathaniel Cohen on 6/26/2014 for PS3
More On: Tales From Space: Mutant Blobs Attack

Tales from Space: Mutant Blobs Attack is delightful in concept and excellent in execution. Really, it’s one of the most original ideas for a video game I’ve ever played. You control a blob, seemingly created in a lab at an unnamed university. As the game begins, you escape from said lab and then spend the next 4 to 6 hours eating everything in sight so you can grow bigger, eat bigger things, grow even bigger, and eat even bigger things ad nauseum – not that it ever made me nauseous; however, given the amount of objects consumed by the titular mutant blob, the comparison holds if you ask me.

To execute all this consumption, you roll the mutant blob over objects that are smaller than he is. Movement is handled simply, you can jump, wall jump, and later you can even fly and it’s all in service of eating everything in sight. Levels themselves play out in typical 2D side-scrolling platformer fashion. Along with flight – or more accurately: thrust assisted floating – you gain the ability to manipulate magnetism which allows you to move certain platforms and also either stick to or repel from magnetic surfaces. These features work together to present a fairly fresh take on the kind of platforming we’re used to. Difficulty-wise, it escalates smoothly and presents some deviously simple puzzles as you get deeper into the game’s 24 levels.

The game’s art style is clean, sharp, and very attractive. It reminded me greatly of Invader Zim, albeit, far less dark and twisted. Sound-wise, the game doesn’t fair as well. The sound track is generic techno-tinged surf rock that I didn’t care for and there is no dialogue to speak of. The newscasters that keep the public abreast of your reign of terror speak gibberish.

As you eat, or maybe I should say “absorb,” objects you grow bigger and growing bigger is required to progress through the level. There are also blue dots and blob buddies for you to collect if you want the highest score possible. Even though, as I mentioned before, the length of the game is short, you can replay the game for as long as you want to try and climb the leaderboards; however, there is no multiplayer component and honestly, Mutant Blobs Attack might have benefited from some co-op features.

Regardless, the game is a lot of fun as it is, and as you grow in size you’ll find yourself truly the subject of a horror film as you eat cities, take on the army, and eventually…well, let’s just say it doesn’t stop at eating cities and taking on armies.

Tales from Space: Mutant Blobs Attack is a fun and fresh little diversion of a game. At $8.99, it’s a bit pricey for a game that can be finished in an afternoon, but it’s fun nonetheless. Maybe that’s worth $8.99 to you.