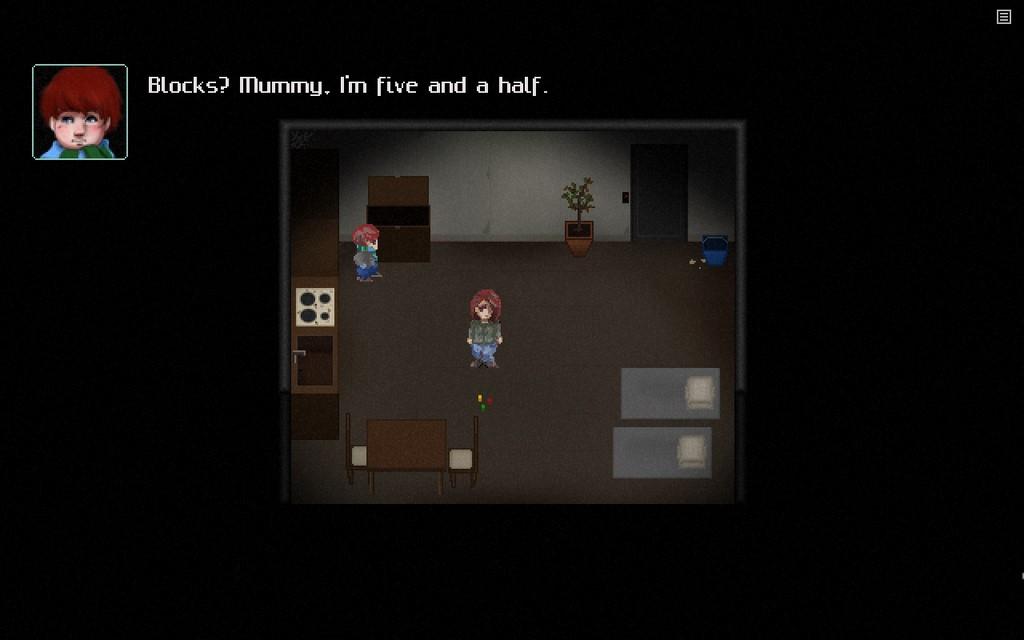 Climate change is a big subject these days, so games set in that environment are of course a natural progression of the discussion. And in a dystopian future, starting a game in a prison makes sense, and spinning a yarn about what lengths humans will go in order to survive gives you a nice big canvas to draw on. But when you get past that, what is Richard and Alice? A point and click game with some potential that it doesn’t live up to.

Richard and Alice is a point and click made in that throw-back low budget style that’s become popular among game developers who feel they have a story to tell and not a ton of money to waste on control schemes and high end graphics. Pretty much every backdrop is drawn at a caliber that I could likely equal as only a moderately skilled user of MS Paint. While I’m sure this is supposed to give the player a sense of nostalgia for games of a bygone day, to me it feels almost like it’s slighting that era. The graphics done in that period were often the best that could be had even on a good budget, and frankly, these don’t provide that feel. Lots of small visual details do come into play, and some of those are of a different visual quality than the rest of the graphics, and it’s both jarring and confusing, but it sort of fits the environment.

For most point and click games, controls are straight forward, and this game is no different, though they are kind enough to use a graphic to explain the controls right up front, and it is the one thing graphically that really evokes the nostalgic feeling they’re looking to get at. Unfortunately, they didn’t make a majority of the environment clickable, which means almost everything you can click on is either very important to the story, or a place you can walk. Thankfully, there’s just enough chaff in with the wheat that you don’t see what’s going to happen ahead of time by more than a little bit.

The largest part of the any game, of course, is the storyline. Set some plot points, where you expect the gamer to end up, and then you have to string them together. Both the plot points and the connection between them are important. This is where Richard and Alice show its biggest strengths and weaknesses. The way the plot points are connected in the game is often ingenious, especially as it relates to what I will only say is major plot twist that really changes the outcome of the game. 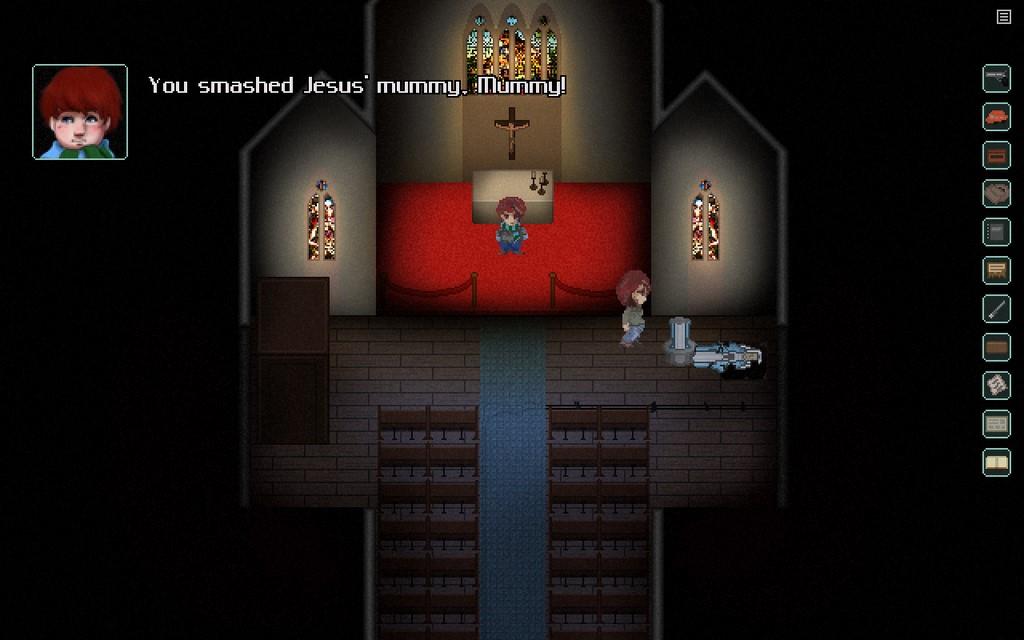 How Alice wound up in jail really never made any sense to me. How Richard did made perfect sense, but that was maybe the only major plot point that truly did. Most of the major plot points themselves simply do not make sense individually. The fact that they were able to make a playable game out of the hodge podge of plot devices is saying something about the storytellers behind the game, though not terribly much about the game itself, if that makes any sense.

With all the talk these days of moralistic choices in games (and outside of them too, lately), and that games really need to show that there are reactions for every, or at least most, actions, it’s interesting that in a flawed game like Richard and Alice, they really hit this one on the mark. There are 5 possible endings in the game, and with replays from several save points throughout the game, I was only able to arrive at 3 of them. Each offers a slightly different (or in 1 case, a very different) potential outcome for our two main characters. The flexibility of the ending, and the fact that decisions made in game, even if it’s just making sure to act on everything you can, is really what saves this game from being a big disappointment. It’s still just a “meh” game, but at least I didn’t feel like I wasted my time playing it.

In a game that brings a little of the very best of retro point and click gaming nostalgia and also some of it's worst, only a decent narrative and a big plot twist can save Richard and Alice from a far worse fate than living in an ice world.