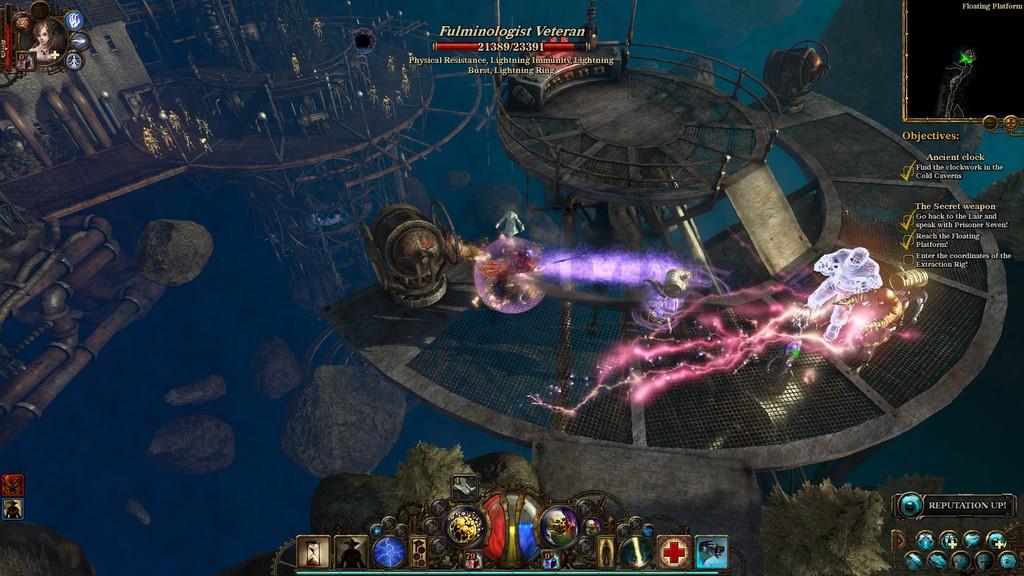 Written by Nathan Carter on 6/11/2014 for PC
More On: The Incredible Adventures of Van Helsing II

I've tried these isometric, dungeon-crawling role-playing games before, and while I enjoyed games like Diablo III and such, I just find it hard for them to keep up my interest enough to finish the games. Personally I prefer first-person RPG's like Skyrim but I will always give isometric RPG's a chance. I will admit that I never played the first Incredible Adventures of Van Helsing so I was worried about going into this game without knowing much of the story. Good news is that I really enjoyed my time with this game and I feel like people who love isometric dungeon crawlers should feel right at home with The Incredible Adventures of Van Helsing II.

For those who didn't play the first game, Van Helsing II does a great job of bringing you up to speed on the story, which is necessary since this game takes place almost immediately after the first game ends. From the start you are thrown right into battle as the game introduces you the specifics. Of course, as with all of these games, killing enemies and finishing quests will earn you experience in order to level up your characters as well as your skills. There is a plethora of things to level up in the game, which is what I feel makes for a great RPG. I wanted to complete quest after quest because I wanted to keep leveling up. I wanted to put those points into those skills and, believe me, there is plenty you can put those points toward.

You can also earn perks that will help you out. Then there is the loot and, just like there is a plethora of enemies in the game, a plethora of loot will follow everytime one of them dies. Almost every enemy you kill will drop gold or items and you will yourself constantly swimming in loot as you play through the game. Even though you may find yourself with tons of gold, you are going to want to be very careful how you spend it. Everytime you die you are given three choices. The first option is to spend no gold and spawn back at your lair. With this option, however, you will have to replay the quest all over again, meaning, if you got to a boss and died, you will start the section over from the beginning. The second option is to spawn back at the most recent checkpoint. You will have to replay some of the quest again but not enough to be annoying. This will set you back a little bit of gold. The final option is to simply respawn in the spot where you just died, although this will set you back quite a bit of coin. The good thing, though, is that gold is plentiful, but if you find yourself dying constantly, you may want to think twice about expensively re-spawning where you died.

In between your dungeon-crawling adventures, you will spend a lot of time at your hideout. Your base is where you will choose how you want to play out the game. There will always be various quests available and you can take them how you wish. Some of these quests involve traditional dungeon crawling while others include tower defense missions. These missions were my favorite. I have always loved tower defense games. As you may expect, in these missions you have to defend your portal from waves of incoming enemies. You start out with machine parts which serve as currency when it comes to building defenses. There are turrets as well as traps on the floor which can be upgraded, helping you fend off enemies. It's extremely fun and addicting and I kept going back to my base in hopes that another tower defense mission became available. 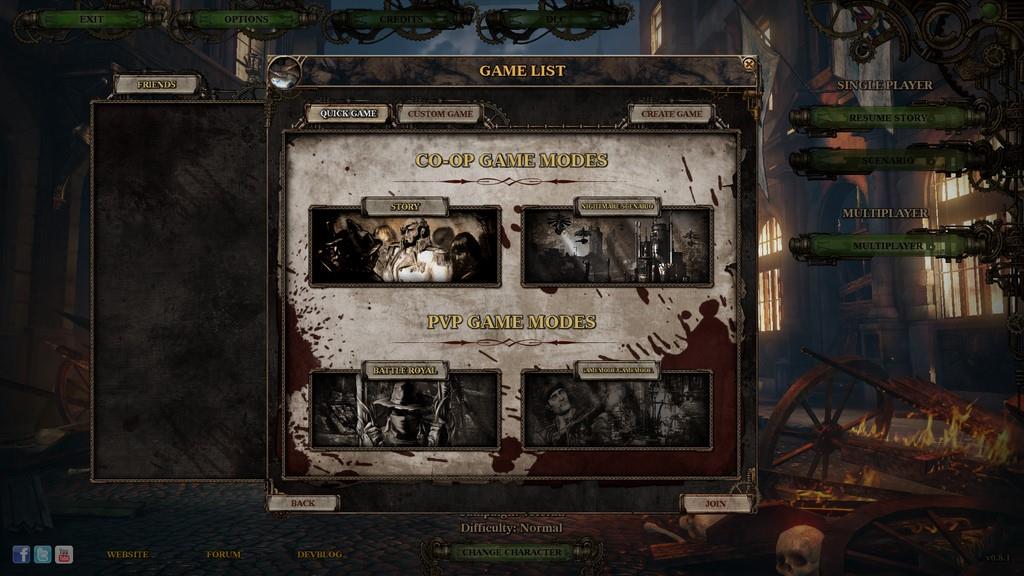 Missions are plentiful and will keep you busy for quite some time. The fact that there are multiple classes you can play as gives you plenty of reason to replay again and again. In addition, you can send out recruits to complete their own missions and, in turn, have them bring back cash and rewards to you. Simply click on a companion and send them on a mission. You don't actually see them on their mission but you will get a screen letting you know how they did. I assume they can fail missions, but in my playthrough none of them failed and always brought back tons of loot.

I played as a Gunslinger, focusing on ranged attacks. Using high-powered rifles, for me, is incredibly fun. Some of the other classes include the Blade, which focuses on close-range melee attacks; the Contraptionist, who focuses on robotics such as turrets to fight; and the Spellkeeper who focuses on magic. Personally I felt that the Gunslinger was the best choice for me as enemies can come at you from out of nowhere and in huge numbers. Sometimes the action gets too hectic. Sometimes i'll be trying to escape a giant hoard of enemies, but because there are so many of them, it's difficult to point and click to an area and escape. This isn't too much of a problem as you can usually dispatch of enemies rather quickly, but you can get into a situation where you get absolutely mobbed and then die without having any idea how it happened. The other problem I came across—as the Gunslinger, anyways—is that even though you can point and click on individual enemies, it seems that you will only attack the first thing in front of you. Makes sense since I'm wielding a rifle but this becomes a problem when you are trying to take out a huge enemy and smaller enemies keep getting in your way. These are small annoyances though and don't take away from the fun. 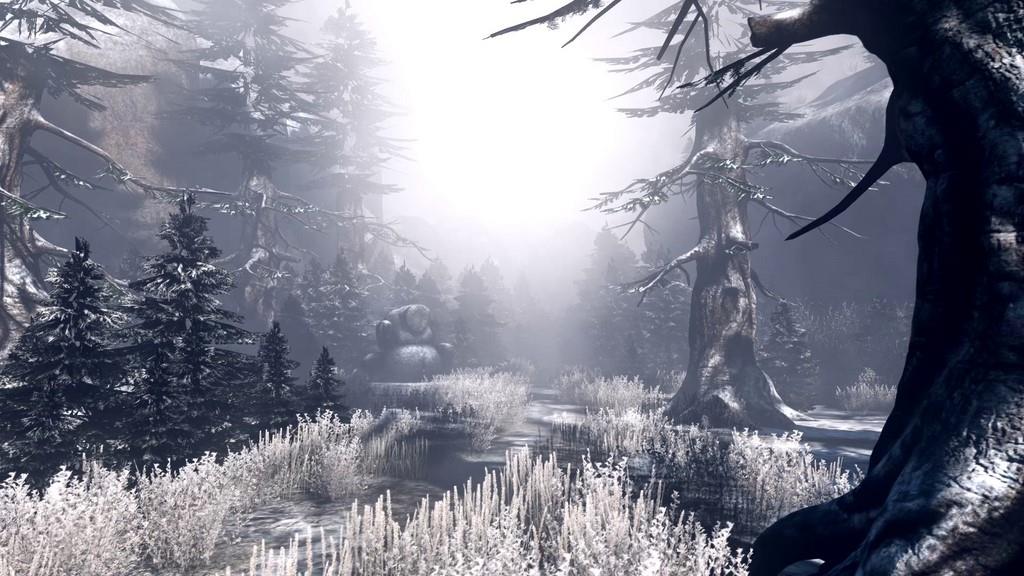 You also have your friendly ghost companion Katarina to help out as well. Katarina will hang around you and you can command her to attack in various ways. You can tell her to melee attack enemies, attack from afar with ranged attacks, or you can set it so you will take 10 percent less damage, although she won't be able to attack. You can level up Katarina as you level up yourself, which I love because it makes her feel like a real companion. The banter between Katarina and Van Helsing is pretty amazing and it makes it feel like two best friends are hanging out with each other. She feels like a friend, like she is on the journey with you. It doesn't just feel like she is there just to be there.

After you finish the main adventure you can always try your hand at multiplayer, although I never got to play it because I ran into some technical issues. You can play the story in co-op mode or you can try your hand at battle royale. Sadly, every time I tried to enter a multiplayer game it could never find another player or it would just crash me back to the main lobby. 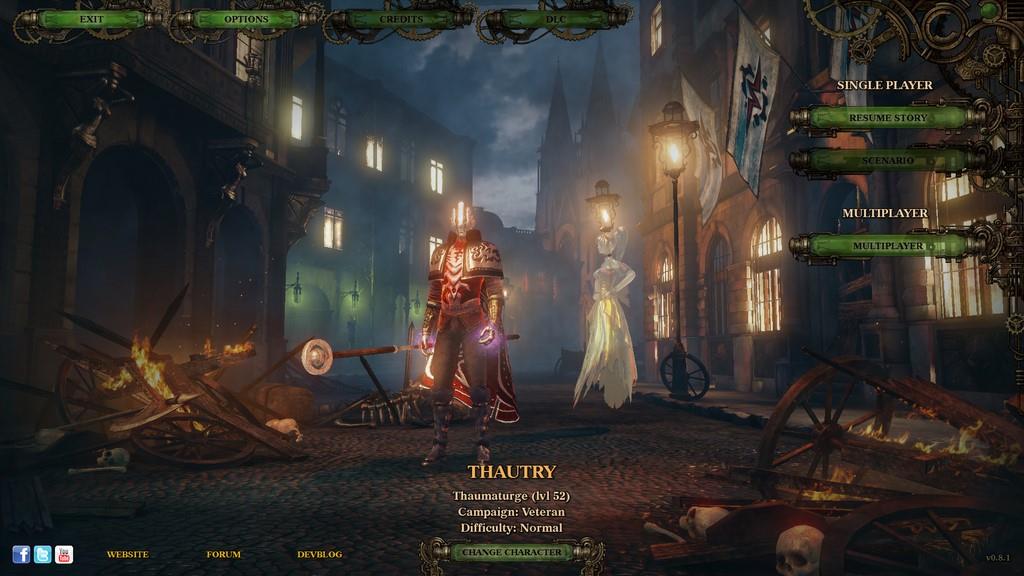 There is also, of course, more than enough reason to go back into single player again and play as a different class or on a different difficulty setting. For those who love the ultimate challenge, the game also includes a "hardcore" difficulty setting. This is meant only for masters of the game as death means just that. You can put 10 hours into the game and, if you die, you are done. That character is gone forever and you will have to restart the entire game all over again.

I have to say that I was really surprised when playing this game. I didn't know much about the first game or Van Helsing for that matter, but the game does a great job of putting you into the role of the character without having to know all the backstory. The quests are fun, the action is great, and there is so much depth to leveling up that it will keep you playing the game over and over to get just one more level. Yes, leveling up can be a grind, but the grind is good. That is one thing that I believe makes a great RPG: when grinding for levels doesn't feel like a chore. Those who are fans of these types of games will find lots of fun in The Incredible Adventures of Van Helsing II. I know I did.

The Incredible Adventures of Van Helsing II is not just a Diablo clone. It's incredibly fun and offers a wide variety of unique aspects of the game to have it stand out on its own. If you didn't play the first game, you may be a little confused in terms of the story, but it's an incredibly fun game.