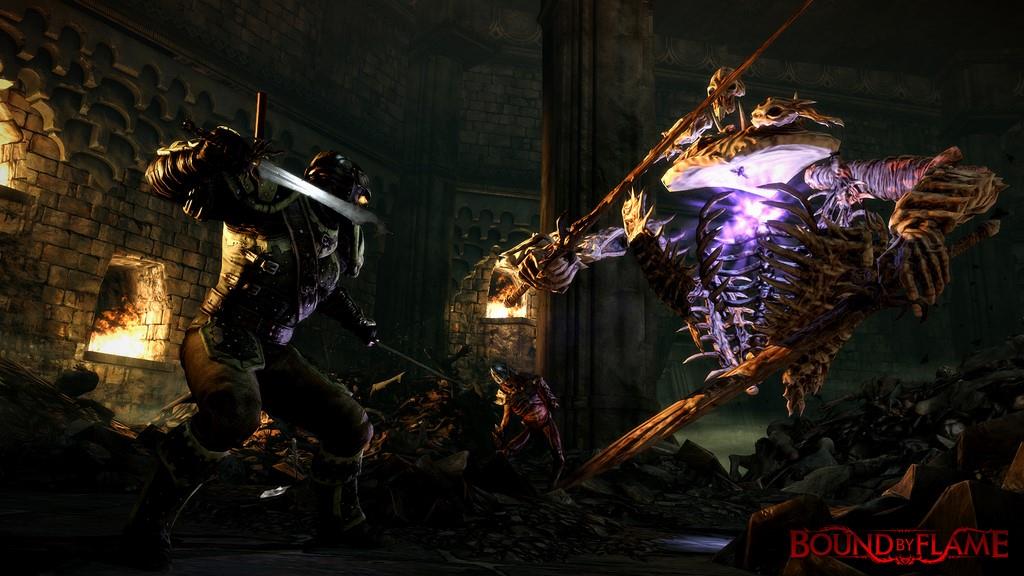 Are you of the mind that a game’s story doesn’t matter as long as its gameplay is solid? If that’s the case, then you’ll be in favor of Bound By Flame; a solid gameplay experience that is marred by a not-so-great story.

One of the best parts of Bound By Flame is the combat. Role-playing game elements add an interesting, if somewhat understressed, strategy to the real-time action fights. You can level up different skills under warrior, ranger, or pyromancer. Warrior, the defensive but slow option, and ranger, the quicker and less-shielded option, can be switched between mid-battle to change you fighting style, with both having access to pyromancies. It’s a very cool system that is unfortunately not really used or tested much within the game. When you start out weak and untested, you’ll use more of the warrior stance, while ranger will prove more useful later on. Of course the choices available also come down a lot to personal preference in playstyle.

Other smaller skills are also chosen by the player upon leveling up. These are more stat increases than anything else, but not unlike many larger RPGs, making some good upgrades can really help you in the game. Want your pyromancies to hit stronger, more often, or to regen health as a warrior? There are options for that. If used in conjunction with the way you approach the combat, they can add a decent amount of value despite being such seemingly small upgrades, as well.

The combat may be fun, but the story is much less so. There is some seriously weak writing in this game, so don’t go into this expecting the strong, heavy character and story notes to carry over from its RPG pieces also. A huge disappointment that strays from what was advertised about the game is the choice making. You are possessed by a demon who has taken over part of your body, so do you join a fight or completely pass it by? Well, as it turns out, it usually doesn’t matter, because you’ll end up in that fight one way or another. It makes these parts feel inconsequential and is a seriously outdated trick of choice, especially with games that do it so well these days. Sometimes, you aren’t even given a choice when you honestly expect one and this is where my patience ran particularly thin. 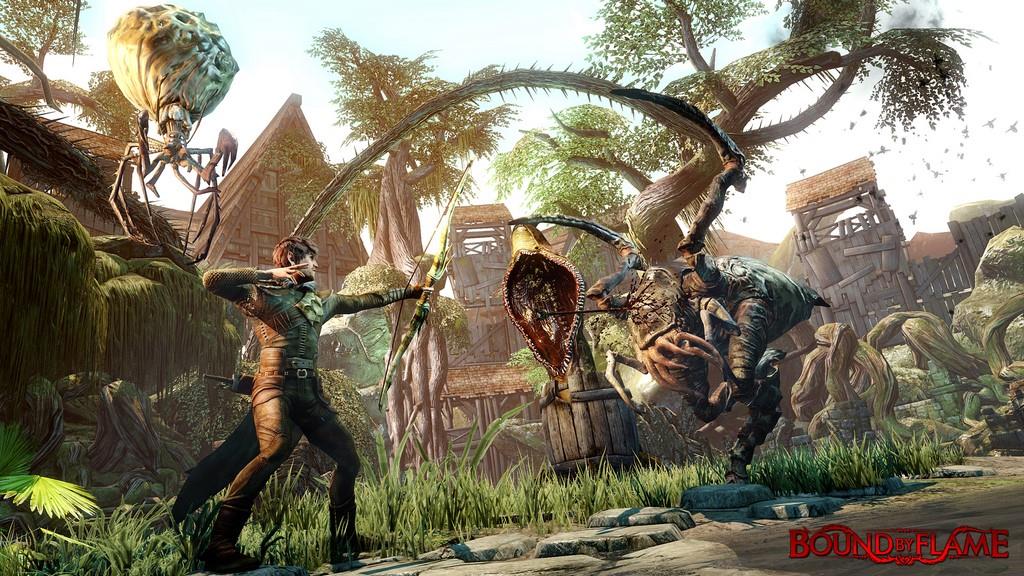 Equally weak is the voice acting and dialogue. Profanities from side characters attempt to give the world an adult, dark tone, but end up betraying its lack of creativity in developing adult themes. Sometimes, when it's supposed to be deadly seriously and angry it even becomes funny, and laughable, which only serves to fully take you out of the experience. The poor voice acting is only that garnish on top of the poorly cooked meal that is the game’s story, but it really pushes the game from dark to almost goofy. Even the rare well-thought-out dialogue falls flat when read by someone as inconsistently toned as the people encountered on your journey.

It’s not all bad outside of gameplay though. The textures and character models are nice to look at and their movements, unlike their vocal performances, aren’t jilted or jarring at all. Sound design is also a particular highlight, although I’m not totally sure it wasn’t just because I would rather hear music than anyone talking.

All in all, Bound by Flame is a really fun game taken down only by its not-so-great story and bad voice acting. If that’s something you can get past to play a good action RPG, then this is surely a game you should have no qualms about picking up. If you’re more inclined to wince and shudder at terrible dialogue and acting, then I suggest you give this one a pass.

Bound By Flame was almost made to be divisive. If you love gameplay above all else, then this will be an enjoyable experience for you. But if you're more of a story-driven gamer, then it would be wise to steer clear of this particular title.