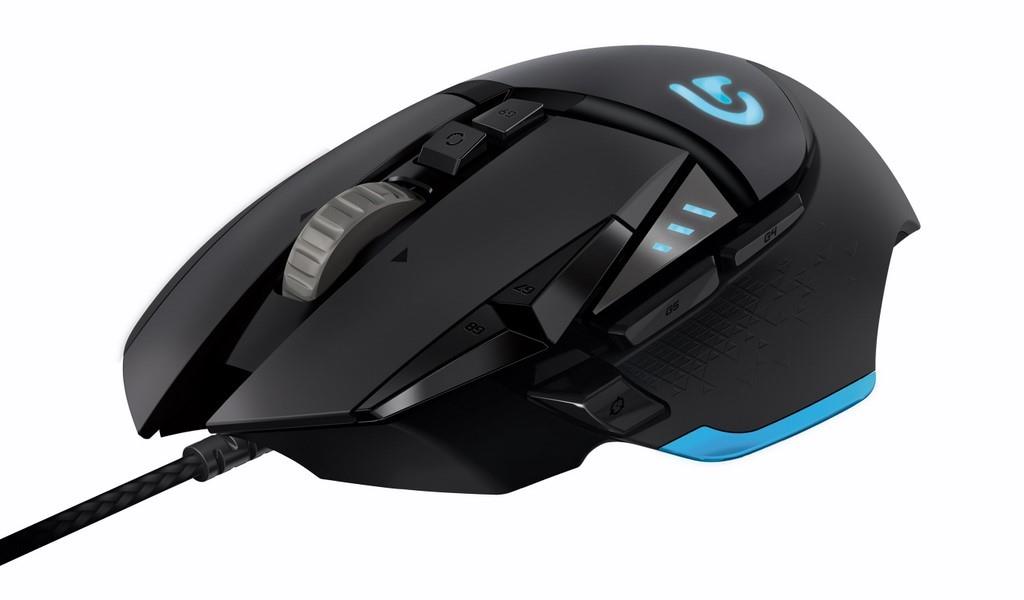 As I prepared to do this review, I went through my drawer of old gaming mice and found representatives of nearly every generation of gaming mice that Logitech has released. Most of these were mice that I had purchased for myself, because for the last decade or so, Logitech has made some of the best gaming mice. Period.

Over the last five years or so we've seen a few companies come along and try to challenge that crown. Razer, Roccat, and Mad Catz (with their R.A.T. brand) are just a few of the companies that have tried to sway gamers to their brands. I will admit that I had a small affair with the Cyborg R.A.T. 9 for a while before the batteries started to fade and had to be replaced every three hours. Then it was a Razer Imperator mouse that lasted a bit before the buttons gave out. It was then that I headed back to Logitech's excellent G series of mice.

The G502 represents a nice direction for Logitech and it's an interesting one for sure. Instead of staying with the comfortable design they've had for years, they've gone back to the drawing board and come out with a completely new shape and form factor.

The new form factor ditches the big hump in the middle of the mouse for a slimmer profile. A new thumb rest juts out of the left side of the mouse and all the buttons received minor uplifts. The layout of the buttons definitely lets you know it's a Logitech mouse, if for some reason you are able to see them past the super bright "G" LED on top of the mouse.

From a build quality perspective the G502 is pure Logitech. Button response is fantastic and every button responds with an authoritative click. The layout is reminiscent of previous Logitech mice, but the thumb button has been moved forward a bit. For me the button is way too forward as I had to move my hand forward to use it. To be honest there have been more than a few times where I forgot it existed completely until my finger brushed against it.

Another interesting decision by Logitech was to allow users to have three sets of profiles, each profile then has multiple levels of preset sensitivities and functionality. This is a great idea in concept, but the execution is a bit rough. You have one button (on the middle of the mouse) which rotates you through the three profiles, and then you have two buttons on the front edge of the mouse which rotate you through the various settings within that profile. It does help that the two different actions invoke two different colors on the mouse display, but it's still not a great experience. 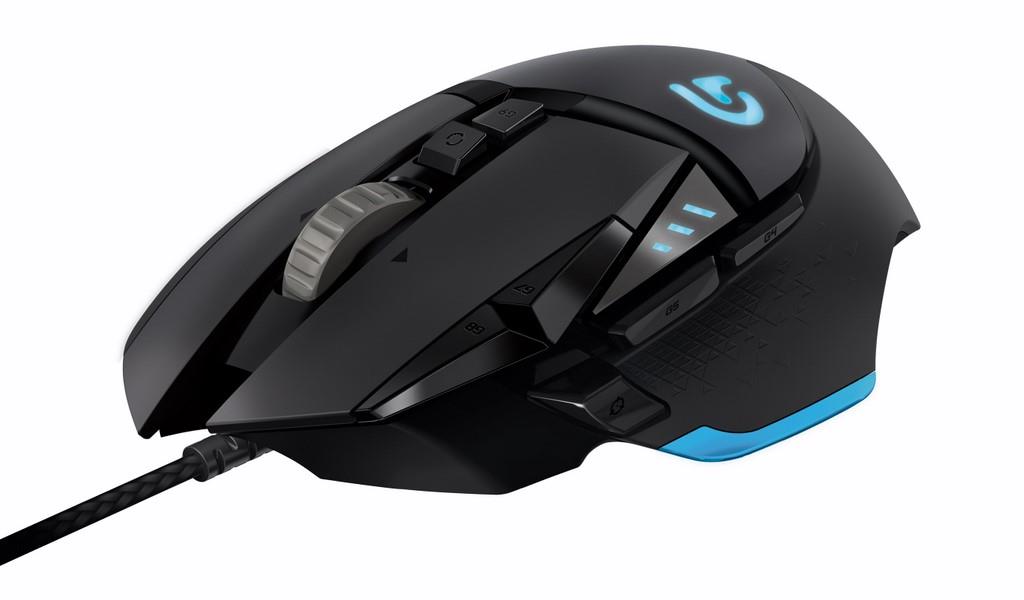 The reason for those profiles is that the G502 comes with 11 programmable buttons and has a DPI of 200–12,000. This gives you a lot of power that you may or may not need. Professional gamers are going to love the level of control, but if you're not a pro that kind of sensitivity is like driving a Bugatti Veyron after driving nothing but a Nissan Sentra your entire life. Thankfully you can customize the mouse and slowly learn how to use that range of sensitivity.

The G502 also has a few other notable features, like the ability for the mouse to adjust itself to whatever gaming surface you are using. All you have to do is install the Logitech software and then run the tuning software which has you rotating the mouse in figure eights for a few seconds. After tuning the mouse, I did feel a bit more control than before. I did it, but not sure that a lot of others would.

To further assist in the feel, the mouse comes with five 3.6 gram weights that can be stored in the base of the mouse. The twist with the G502 is that instead of having one mass of weights on the bottom (like in previous mice), you can actually position the weights a bit to give one side of the mouse more weight than the other. Again not everyone is going to use this feature, but it is a nice update.

At the end of the day, I'm down with what Logitech is doing with the G502, and it's a worthy successor to all of the G-series mice that came before it. I do wish the hump was a little bigger so I had more palm support, but overall this is still one of the best gaming mice on the market.

It's hard to replace a legend, but Logitech comes close with its new flagship mouse.