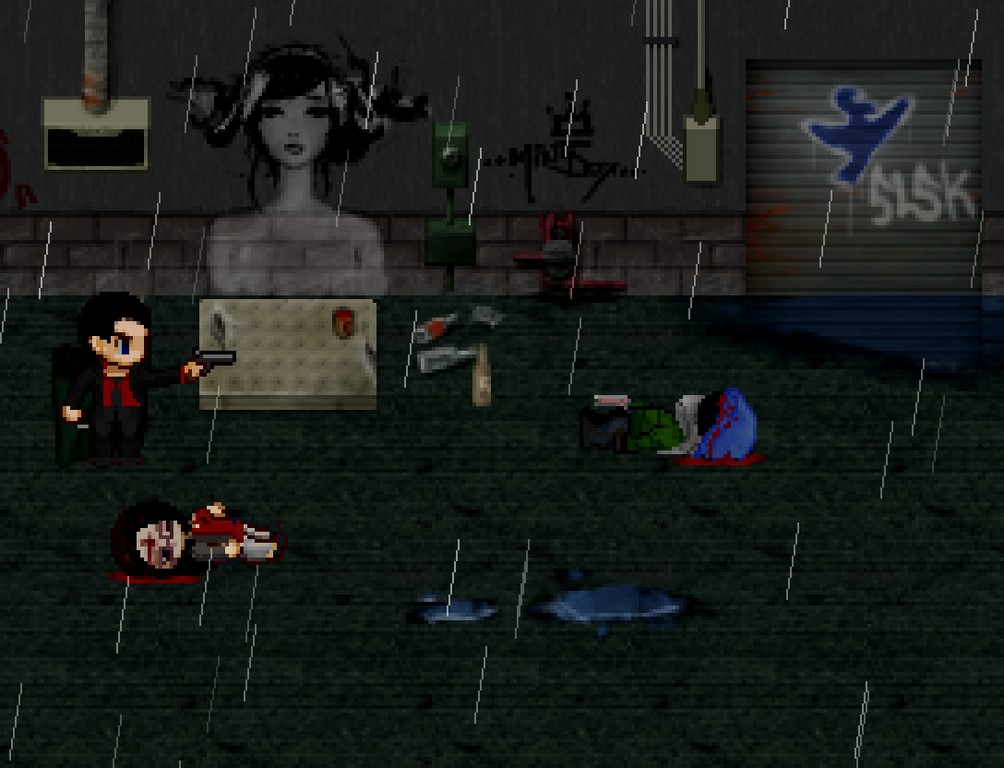 Written by Jeff Kintner on 5/19/2014 for PC
More On: Always Sometimes Monsters

After I'd spent about two hours with Always Sometimes Monsters, my girlfriend came in to watch me play. Our conversation went something like this:

"What are you doing?"

"Working at a meat packing plant."

"Because I need money for a bus ticket."

"Where are you going?"

"Ultimately, to stop my ex-boyfriend's wedding. But for now, I need to visit my publisher."

"Right. So is this like The Graduate or some rom-com where you prove your love for your ex?"

"I'm not sure. They way I've been playing her, I think my character's just trying to get her life in order."

"So let me get this straight. You're going to stop a wedding and potentially ruin two people's lives just because you want some closure."

It's difficult to explain the plot of Always Sometimes Monsters because it's a character-driven game. It is sort of like explaining the plot to Clerks—it doesn't sound very appealing if you recommend a movie about a couple of wise-cracking employees that work at a convenience store, and one of them kind of cheats on his girlfriend. But I'll do my best to give an accurate portrayal of the game.

The overarching plot is that you're a young writer that secured your first book deal at a party you attended with your significant other. Fast forward to a year later—you've done something terrible that ruined your relationship, in a volatile yet familiar haze of laziness and depression you've let your deadlines slip by so many times that your publisher is cutting you loose, you're rent is so overdue that if you don't come up with $500 in the next couple of days you're out of a place to live, and on top of all that, you just got a wedding invitation from the ex that sent you on this seemingly bottomless downward spiral in the first place. You're out of money, out of prospects, completely alone, and ready to contribute to the city's bustling population of shiftless transients. Welcome to Always Sometimes Monsters. 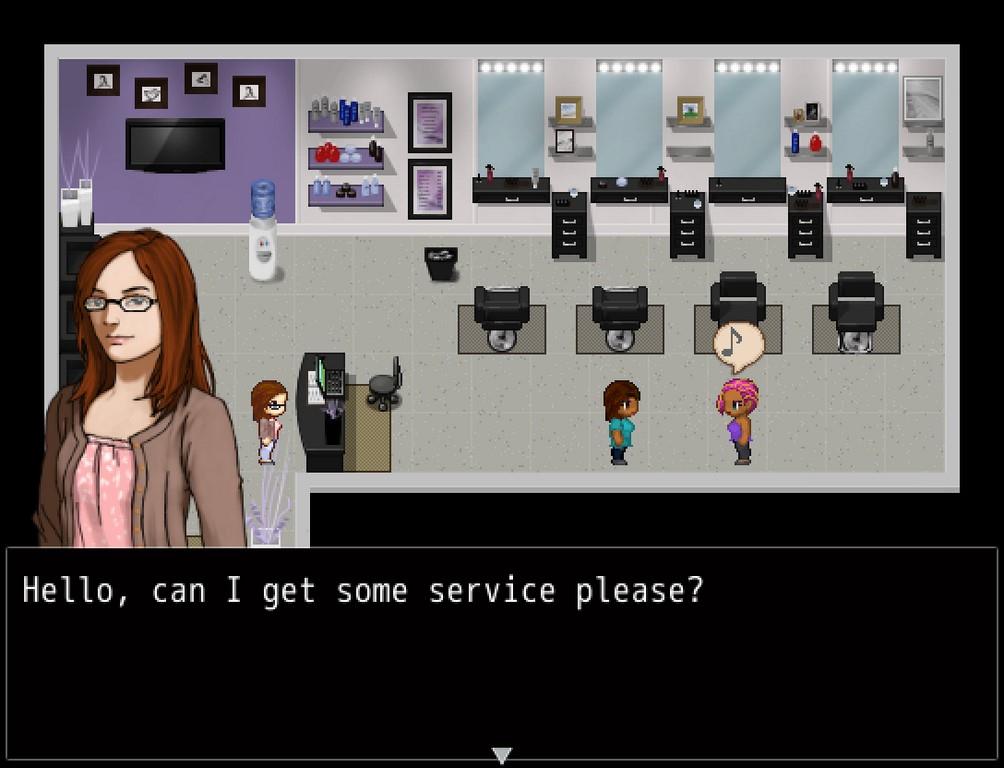 The gameplay is about what you'd get if you took To the Moon and injected the moral ambiguity from The Wolf Among Us and The Walking Dead. In the opening moments of the game, it tells you "Choice is an evaluation of cost and benefit. Circumstance dictates the evaluation. Consequence takes care of the rest. In this system there can be no right or wrong." Which is a more accurate description than I could ever give by trying to retell the plot or comparing it to other games you may or may not have played before. It's a game of choice and consequence—like a choose your own adventure book for adults. Do you help your elderly neighbor clean her apartment for her dinner party, or do you follow through with your plans to help your friend set up for his show tonight? Should you pick up some drugs for a random girl outside the club? If so, do you spend all the money she gave you on the good stuff, or make a quick buck by giving her fake pills? You have nowhere to sleep tonight, and in this town, sleeping on a park bench means getting arrested for vagrancy. It seems like the only option is to sleep under the bridge where the cops won't find you, but there's a gang of thugs under there that won't let you sleep for free. If you don't have the money, what are you going to do? There's almost always an unexpected result, all you can do is make your choices and live with the consequences.

Always Sometimes Monsters had me hooked right away because of the character selection process. You take control of a publishing executive at his house party and you talk to everyone there to see who you want to give a book deal to. After you choose someone, you take control of your character and go to the back patio to choose your significant other that will serve as the MacGuffin for the rest of the game.

I loved the character selection because it isn't obtrusive to the gameplay at all. It gives you a buffet of characters and significant others of varying races, genders, and styles to choose from in a way that fits with the narrative; instead of pulling you out of the game for half an hour so you can adjust the eye color and jaw width on someone who's just going to wear a helmet the rest of the game anyway. What I really love is that the choices you make in character selection effect the dialogue for the rest of the game. In my first playthrough as a straight white girl, men kept hitting on me and calling me names like "sweetheart." When I did a playthrough as a gay black guy, my landlord referred to me as a "gangbanger" and a couple of NPCs blithely called me a faggot to my face. I haven't encountered any scenarios where your race, gender or sexual orientation drastically change the course of the game, but it definitely effects the context of a lot of scenarios. It's a really nice touch that lets you know right off the bat that even the small choices you make impact the narrative of the game. 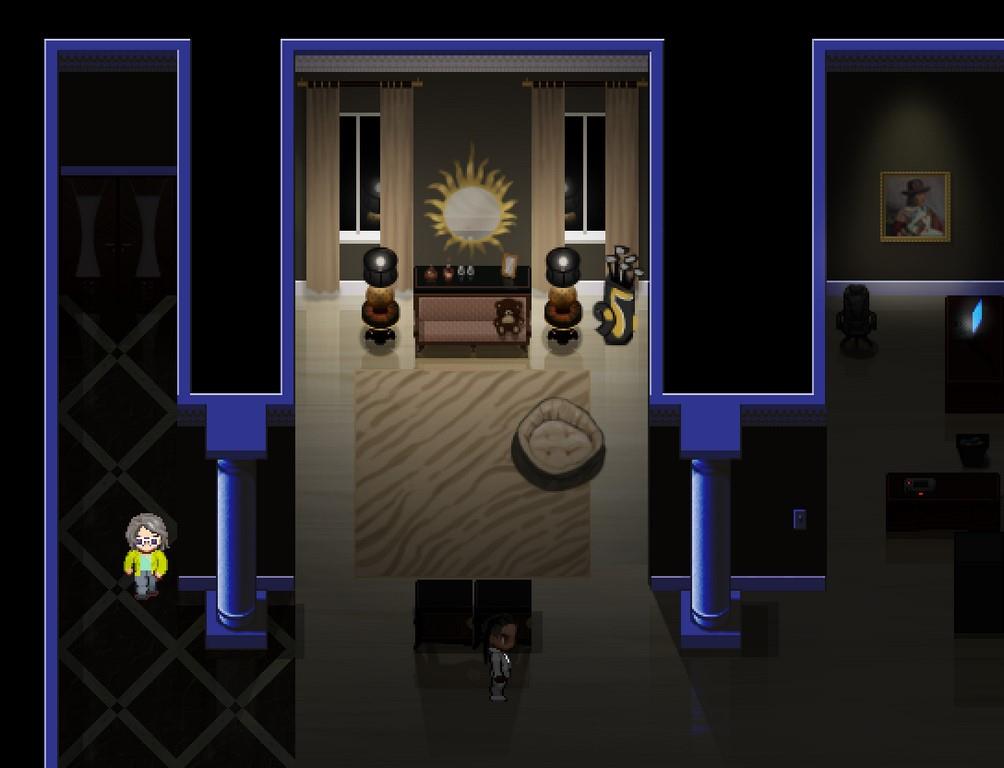 While the writing is really strong, this game's presentation is pretty rough. Granted, the preview I played doesn't have all of the art assets included yet. But even so, Always Sometimes Monsters isn't going to win you over because of its graphics. It's quality and style are similar to any 16-bit era RPG, although with a simpler interface. The only buttons you need are the arrow keys to move, shift to run, Z/Enter to interact, and X pulling double duty to access the menu and cancel. Also, a few of the Function keys are used to change the resolution and reset the game. It didn't take long for me to figure out the controls, but I still would have appreciated a control scheme, or at least an options menu at the title screen. It would have been nice to know up front that F12 resets the game, instead of finding it out when I went to take a screen shot.

Always Sometimes Monsters does a really good job of using small details to express big ideas, and even though the rough aesthetics can be off-putting, once you acclimate yourself to them, it feels like it couldn't be any other way. It's a stripped-down game that wants to show that you don't need to put Willem Defoe in a mo-cap suit to tell a good story. If Always Sometimes Monsters came out back when it was all the rage to argue over whether video games qualify as art, it would have caused some waves for the way it focuses on getting the player to participate in a story instead of throwing them through gauntlets of mowing down aliens and leaping over caverns. There aren't any random encounters or boss fights, and the action sequences are few and far between. Most of the action happens through dialogue, and it's got a compelling, often gut-wrenching story to tell. And to be honest, as much as I love Telltale, Double Fine and the trend indie games have been taking to focus more on narrative—I'm glad that Always Sometimes Monsters has come along to show that a game doesn't have to be an episodic point-and-click adventure to have a compelling story.