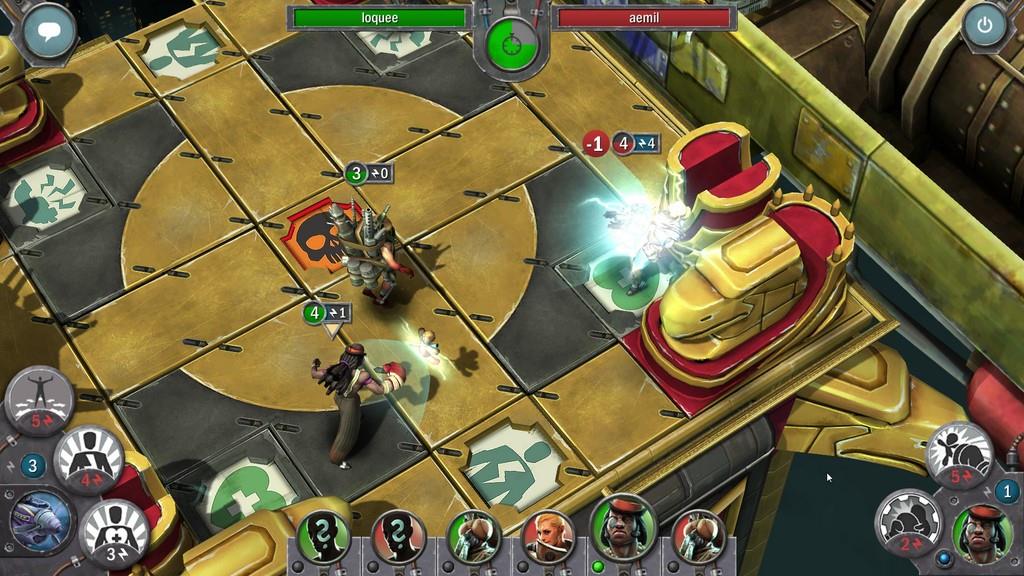 Written by Nathan Carter on 5/13/2014 for PC
More On: AERENA: Clash of Champions

Ever since I played XCOM: Enemy Unknown, I have been dying to find strategy-type games that make you think before every move you make. Now, I know there is a plethora of Japanse role-playing games out there that offer strategic, turned-based gameplay, but for whatever reason, I never really got into those. What I did get into was how I was able to move my squad all over a battlefield in XCOM, knowing I only have so many moves I can make before turning it over to the enemy. I haven't had much luck finding more games like this, but when I went to PAX East this year, I discovered AERENA, a turned-based, strategic player-vs.-player game for the PC. I almost instantly fell in love. It's like if you combined elements from a multiplayer online battle arena (MOBA) and elements from XCOM, mixed them into a very fun, strategic and difficult game.

AERENA, is a aetherpunk-style game where two teams battle it out in the clouds with the goal of destroying the opponent's ship. The game takes place on a platform high above the sky, and you and your opponents can move in square grids. At the beginning of each game, you have to decide what champions you want on the field and where you want to spawn them. You can bring up to five champions with you for each game but only three of them can be on the field at one time.

Selecting which champions you want on the field is incredibly important as each one has their own unique abilities, health and damage. Crank has high hit points and can knock enemies into traps, over the edge of the arena, or to clear the way for friendly champions. Bloody Mary uses a rocket launcher and is great for dealing damage to enemy players or the enemy ship from far way. The butcher is incredibly useful as he has the ability to pull players towards him. This means that when timed just right, you can pull opponents onto the skull block and kill them instantly taking points off their ship. Positioning yourself on the field is absolutely critical because one wrong move could set your opponent up for some big moves.

Also on the field are special squares which will provide power ups anytime you or your enemy walk over one. There are two squares near your opponent's ship that will add more power to your ship, squares that will add more power to that champion, and a square which will give a health boost. The power squares are extremely important as they allow you to build up points and spend them on powerful attacks. Think of them as your special abilities in a MOBA. For instance, Bloody Mary has a frag grenade ability. When used, it deals damage to anyone in the radius where it falls. Bloody Mary is also a great character as she can launch the frag grenade at the enemy ship from far away and deal damage without being in danger. Then there are the orange hazard squares. Step on these and it could mean instant death or severe damage for the person standing on it. These squares really make the game interesting because like I mentioned before, one wrong move and you could have the butcher pull you into a death square and you lose a champion. There are also other champions that could bounce you back onto the square as well.

The game really plays like an advanced version of Chess. Every single move is important and you really need to read your opponent before you move. You may think that you are planning something big, but then your opponent makes one move and manages to damage and kill three of your champions all at once. This is what I love about these kinds of games is that you really need to think three moves ahead to get the upper hand on your opponent. You also have to be quick since it's PvP, and you only have a certain amount of time for each move before your opponent gets their turn. The goal of each game is to destroy your opponent's ship. Each ship starts out with a certain amount of hit points. Killing enemies or attacking the ship will drain HP which seems like an easy task but, believe me, it's not. You may make your move all the over to the enemy ship so you can do melee damage to it but it's almost certain death as your opponent will most likely gang up on you until you are dead. I would only suggest attacking the ship up close if it's at low health.

Your ship also has special attacks as well called "shells." You can bring three shells with you into each match and when you use them they are gone. Some of the attacks include igniting an enemy on the field, igniting all enemies on the field, and another attack which deals damage to the enemy ship. Each shell will cost a certain amount of power to use so it's extremely important to know when to use them so they don't go to waste. As I said, once the shell is gone, it's gone for good. You can earn new shells by getting them at the Shell Generator on the main menu. After a certain amount of time has passed, three randomly generated shells will be available for you to use. There are different variations of shells as well that you can earn as you level up. One of them has all destruction shells while others support the team and the ship by giving teammates and the ship health. This is another big decision you'll have to make before going into battle as well. 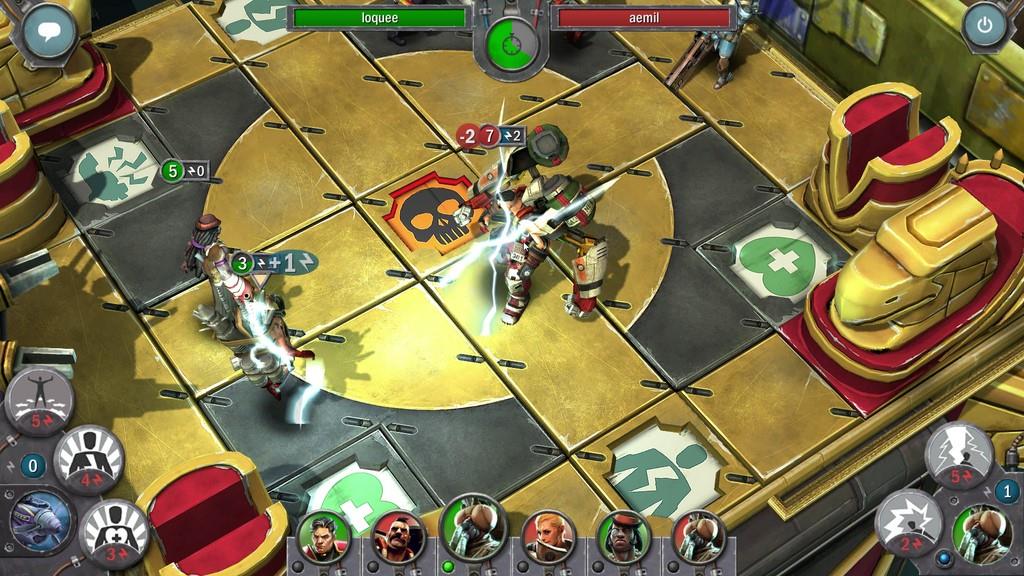 One thing that may turn new players away is that after the quick tutorial, it seems you are thrown to wolves and have to fend for yourself. After completing the tutorial, I played my first PvP game and promptly was destroyed. It was embarrassing how badly I lost but at the same time, I wanted to get better. Like any fighting game or MOBA you really need to learn each champion in the game. You need to know all of their abilities, how much damage they can dish out, and counter your enemies on the field. Just as warning, as with those who jump into PVP in MOBAs and fighting games, there is a good chance you will lose, and probably lose a lot as you start the game, but one of the most rewarding things about the game is how you do get better as you continue to play. Sure at first you may be getting your butt kicked, but I like when you actually see your skill level progress throughout the same. You lose badly at first, but then after a while you start to learn all of the aspects of the game and you start to get better. Then you start winning more and more games. There is of course the ability to play the game against bots, which is good for learning all of the champions and all their abilities, but I feel like it really doesn't help when it comes to playing against others online. I feel like the only way to get better against real opponents is to actually play against them.

Winning games earns you more currency which like in most free-to-play games can go towards buying new champions, or if you want them right away, you can buy Aether coins with real money which can go towards your purchases as well. There are only a handful of Champions available now but with almost all free-to-play games, within time, the number of champions in game will grow. You also level up as you play the game as well which allows you to unlock new ships and shells to use. Each ship is unique in that it has its own stats. One ship may have low HP but will start out with some power, which makes it easier to build up special attacks. Another ship may have high HP but no special abilities with it. There are a couple of ships you can unlock as you level up and I expect that more will be added in the future.

As it stands now, though, there is enough content to keep you occupied for awhile and while some players may be frustrated by how difficult the barrier for entry is, if they keep playing, they will find an incredibly deep, fun and rewarding strategy game that will continue to grow overtime.

Aerena is perfect for those who love strategy games. If you want a competitive one, AERENA is perfect for that as well. This is not a game you can just go into and not think about what you are doing. You are going to have to think ahead, plan accordingly, and anticipate your opponent's every mode. There is already some great content in the game to begin with, but I expect this game to grow constantly over time and add even more strategy into the mix with new characters and arenas.