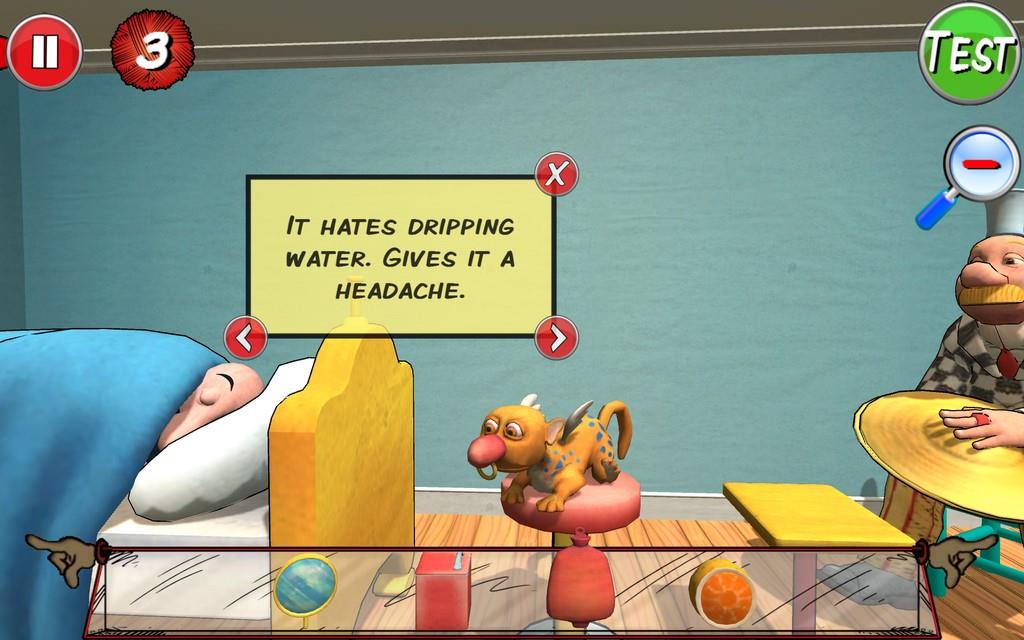 You may not be familiar with the name Reuben Lucius Goldberg, but perhaps you know him as Rube. No? Well, that’s not surprising; he made his best known contributions to society early in the 20th century when he was a syndicated cartoonist. You may not have seen any of his original work, but you have most assuredly seen derivatives of it on YouTube or in television commercials. Any time you see a complicated chain of mechanical actions strung together in an overly complex design whose entire goal is to ultimately perform a routine, mundane task, you are witnessing the legacy of Rube Goldberg. Or the latest government boondoggle. It’s hard to tell anymore.

While many people find the original cartoons to be appealing in their antiquated form, there are others that prefer to see them brought up to modern day standards. Others look for something in between—something with more interactivity. It is that group that will be interested in Rube Works. Developed by Electric Eggplant in partnership with Kalani Games and the Heirs of Rube Goldberg and published by Unity Games, Rube Works: The Official Rube Goldberg Invention Game is the first officially licensed Rube Goldberg game. Being a fan of physics-based puzzle games, I thought it would be great to see Mr. Goldberg’s work re-imagined in a modern game.

The interface was quick and easy to learn. It was almost intuitive, although a quick tutorial is included for those who may not find it to be so. The top of the screen has the background of the puzzle to be solved, while the bottom contains a scrolling toolbox of items available to build the contraption. At first glance, it’s hard to determine how a chicken, a pair of scissors, and a collection of other arcane objects are going to assist in the tying of a knot, but that’s the whole point of the game and, of course, the original cartoons. There are a couple of ways to alleviate this initial confusion, though.

The first way is to randomly place items in the scene and hit the Test button. That will activate whatever initial force is used to start the process. The most common of these is wind blowing through a window, but there are plenty of others. Determining what the initial action is often narrows down the number of items that can be chosen to start the chain.

The second way is to select each item in the scene and/or the toolbox. With the first click, the game will identify what the item is. More clicks will display increasingly specific hints. At the most detailed hint level, the game pretty much tells you exactly what needs to be done. This level of assistance makes the game approachable to just about anyone capable of reading, but it should be used judiciously by those who enjoy a moderate challenge.

The player’s score is determined by how many of the items are used in solving the puzzle. I thought that odd at first, mistakenly thinking that there would be no other way to create a solution, given the complex nature of the devices. I believed that right up until the time I used the Test button—just to see what a certain item did—and accidentally triggered the goal of the puzzle with just a couple of items in play. 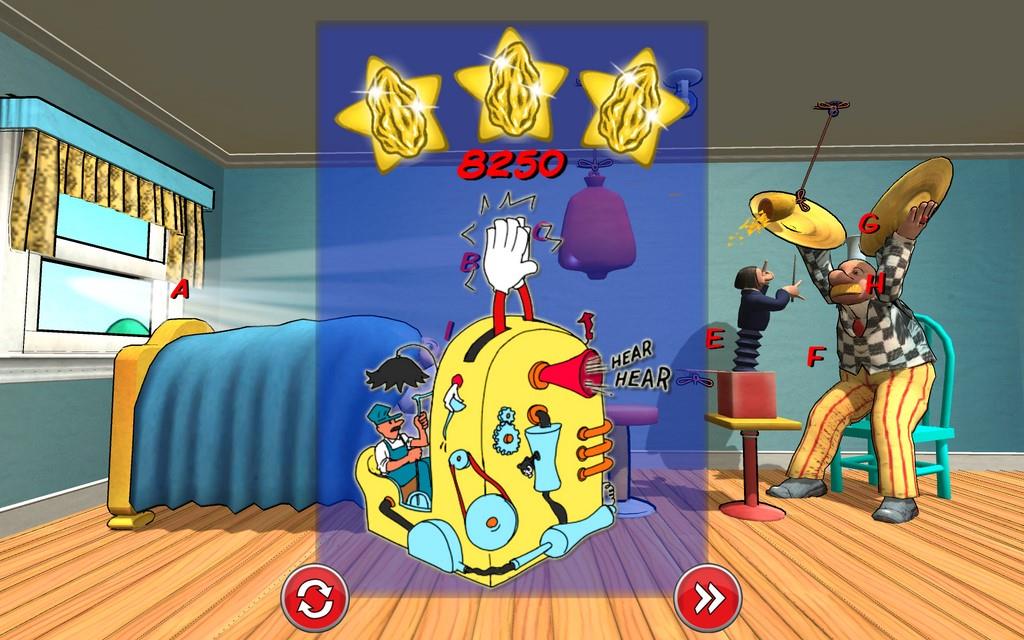 The gameplay is accompanied by background music that evokes the original period of the Goldberg cartoons. It’s quite catchy, but a menu option allows it to be turned down or off. Personally, I felt that it added to the historical experience; I’m a big fan of the early 1920s. Once a puzzle is complete, the player is also rewarded with a viewing of the original cartoon. While a simple thing, it adds to what is fundamentally a celebration of Mr. Goldberg's creative genius. There are currently 18 Goldbergian inventions modeled in the game, but one can hope that more will be available at a later date.

The best that could be hoped for in a game based on an American icon would be sufficiently challenging puzzles that also manage to capture the tongue-in-cheek humor of the original material which, if you think about it, is a substantial challenge in and of itself. There are as many variables in designing a good game as there are in any of the many Rube Goldberg inventions, and if any of them aren’t up to snuff, the entire contraption can fail. Fortunately, Rube Works…works.

Both challenging and fun, Rube Works is a great testament to the brilliant cartoons that fascinated early 20th century newspaper readers. Relive the fun with Rube Works, a fun little game from Electric Eggplant.