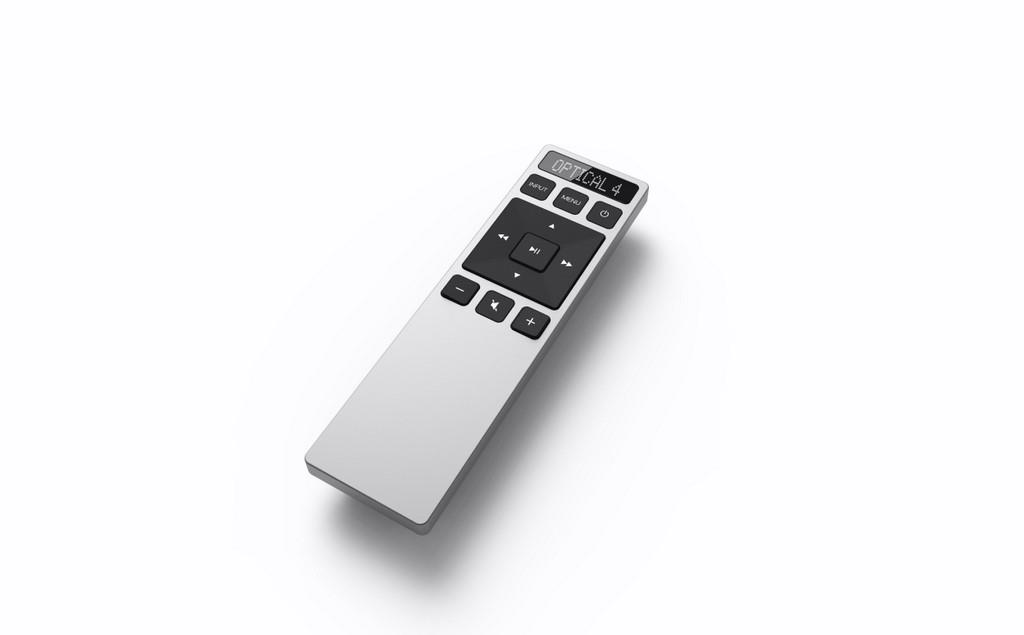 Since the company's launch in 2002, Vizio has knocked down every barrier when it comes to changing the world of home theater. It took some time for them to gain steam—roughly about five years before they truly exploded—but now they are a true staple of the industry. However, Vizio isn't happy with just making great televisions that are for everyone. They want to bring great audio into the home so everyone can enjoy the feeling of having something better than little five-watt speakers out of the back of a television. I had the chance to review one of their newest products in their line of soundbars, the 54" 3.0 Home Theater Sound Bar, or the S5430W.

As per our usual custom when dealing with audio products, let's get the specifications out there and see what the S5430W is capable of.

The speaker layout is what one would expect out of a 3.0 system. All three channels are exactly the same size and designed to push out specific sound to create a surround effect to the best of its design. Remember: True surround can only be achieved by separate speakers. Everything else is simulated. So if someone bought this expecting to get perfect surround sound, they may as well return it. We'll cover the surround effects and how the soundbar stood up to the test in a bit. The frequency is pretty normal, with the low end 60Hz obviously for the bass and the top end sound maxing out at 20kHz; a fine range for sure. The decoding and enhancement both grabbed my attention immediately as a lot of soundbars tend to stick with Dolby Digital and call it a day. Including DTS 3.0 with both TruVolume and TruSurround offers better accuracy and quality when activated. This alone is worth picking this soundbar over other options in the price range. The bluetooth capability is for a simple connection between a device for sound (Hello smartphones and MP3 players, come on down!) and the soundbar itself. Overall, nothing is really out of the ordinary on the negative side and the addition of DTS features makes this a pleasant surprise. 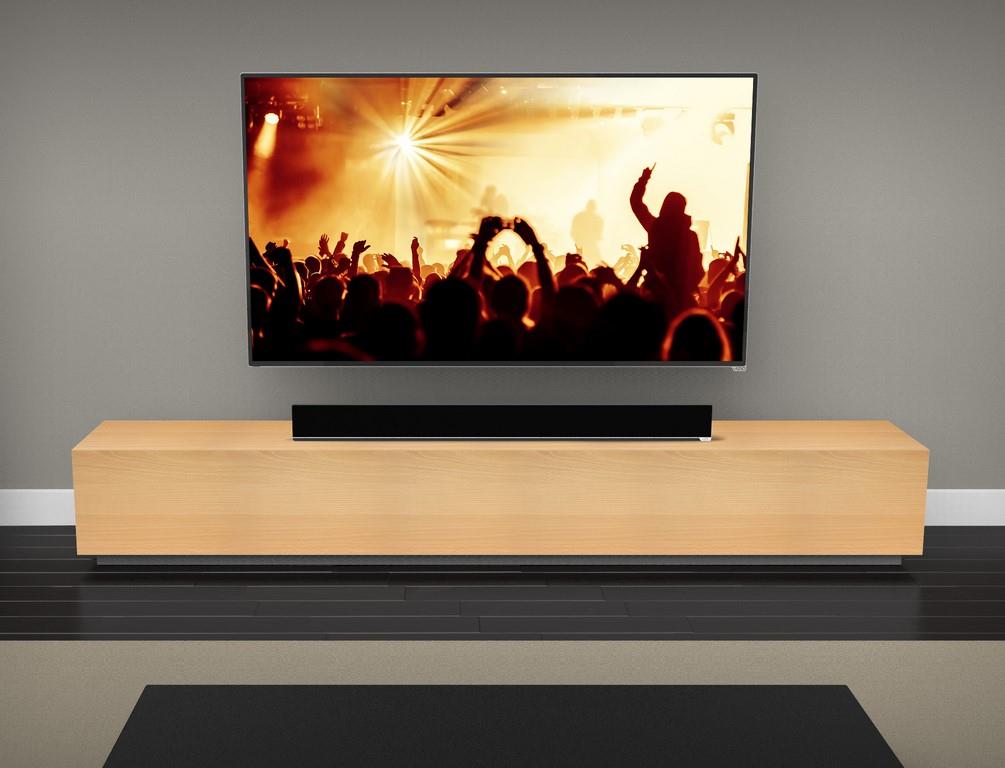 Setup
Setting up the soundbar isn't much of a hassle, though it can take a little time depending on what connections a user's television has and how they want to actually enjoy their sound during their gaming or movie watching. Two analog connections (RCA and RCA 3.5) and three digital connections (Digital Coax, Toslink Optical, and HDMI) are available for usage, along with an HDMI output, subwoofer out for those who want better bass and have an individual subwoofer, and one USB simply for .WAV files.

I chose to set up the soundbar with individual connections as much as possible. The HDMI port went to my cable box, while the Xbox One took the Toslink Optical port. For those with other devices that may use the same connections, the best option would be to run all devices into the television and then out with a digital optical cable into the soundbar for seamless connection. The issue, of course, is that not every TV has a digital optical output, though in recent years, they have become more of a standard feature. Remember that DTS may not sound as good if using this setup, simply because of the multiple connection passthrough. DTS really needs one connection. Splitting it up can cause some issues and, at that point, one may as well stick with Dolby Digital. 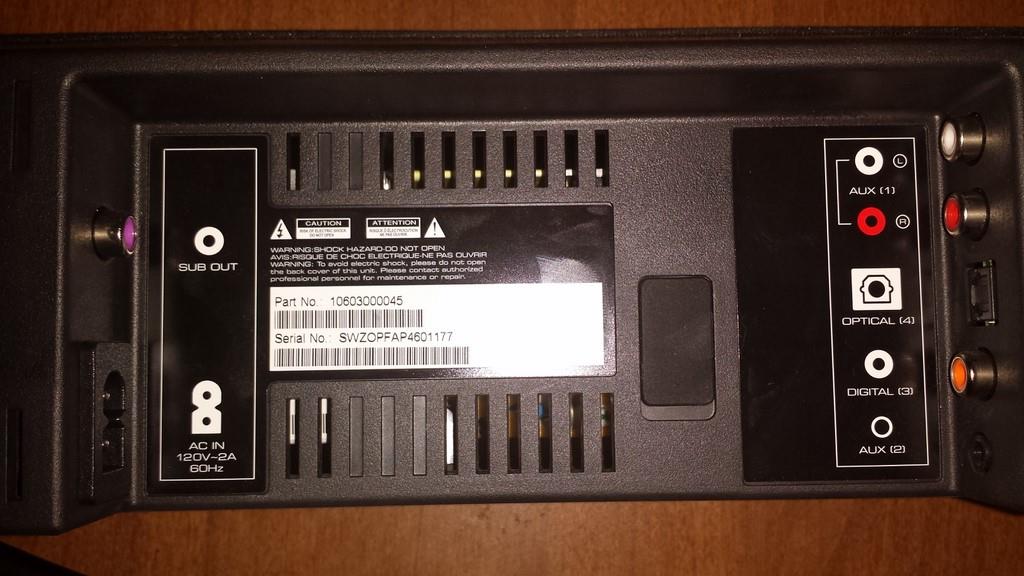 Once the soundbar was set up, it was time to make sure everything worked. The S5430W does not have a display on the bar itself but, rather, it is on the remote. I'll get into the remote later on, but the way to tell what input the bar is on is the lighting system in the lower left. This was a little annoying at first because I didn't know what connection was what until I looked at the remote's display. After a few hours or so, it was just a matter of memory. The bar looks very clean in front of any television, though I have to admit that it would probably look better mounted under a TV or sitting on an accessory rack.  Either way, it looked like it fit, and that's what matters.

Pros
The sound quality is impressive. My testing was the usual rotation between television and gaming. The highs are surprisingly clean for a sound bar (most all-in-one systems I've tested sometimes decode highs with some distortion) and the mids had no clarity issues at all. The surround effect was also fairly impressive, though my room is an ideal setup for a soundbar. My entertainment system sits roughly 12 feet from where I sit, with the wall directly behind my seating area; so, roughly 13 to 14 feet total. Any soundbar that is going to mimic surround needs to have that wall to try and throw the sound so it bounces. Vizio quite obviously spent some time researching this because the effect was clean and pretty precise. The standard quick lag of just a fraction of second in action movies is present, but that is to be expected. 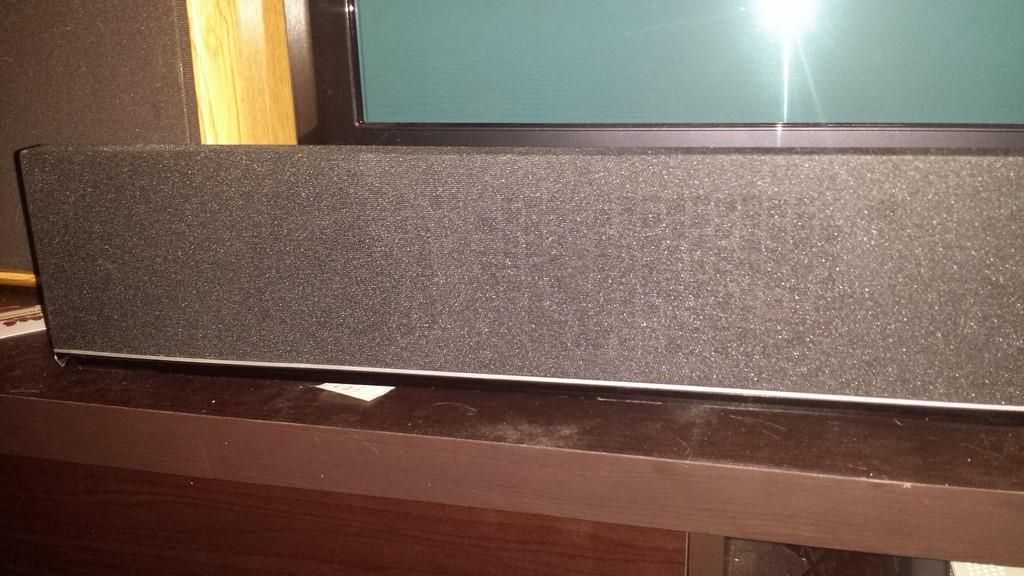 The DTS encoding makes a huge difference. Of course, a user is at the mercy of whether or not a movie or game is utilizing the proper DTS codec, but it's almost a standard now and very unusual not to have that as an option. Anything on Dolby for the S5430W sounded decent.  It was nothing truly spectacular, but nothing shocking. When the DTS encoding is utilized, sounds are just crisper and better quality. It's a noticeable difference, and one that makes this soundbar stand out above others.

Cons
I have one minor gripe and one major gripe. The minor gripe has to do with the bass modules. Of course, bass isn't going to sound great unless it's a separate subwoofer with a digital subwoofer connection to it. However, even at a bit higher volume, the bass can really sound muddy. If I opted to play at higher volumes, I had to make sure the bass setting was turned down a bit or else it tended to overpower the mids and highs, making the experience a bit rough. -1 Bass makes a big difference and it isn't muddy in the least. 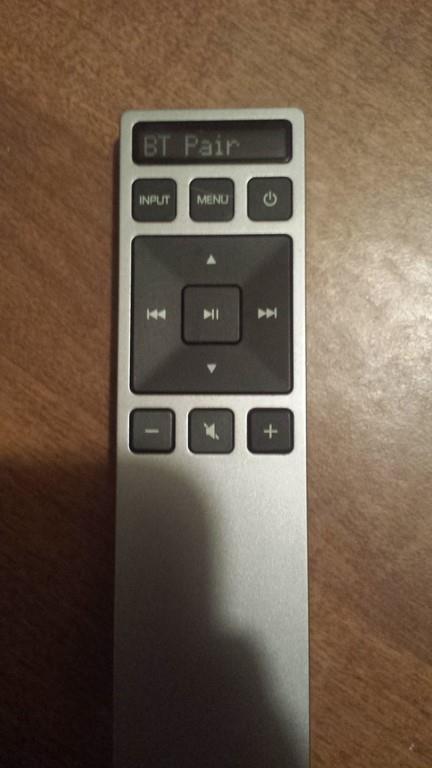 The major gripe, plain and simple, is the remote. During the daytime, it's no big deal. Everything is visible on it and it's easy to use. If you're in a darker room, though, it can be very annoying. The real issue is the display, which is an absolute must for full control of the sound bar. I mentioned earlier that the only display on the bar itself is the lighting system in the lower left. If you need more information beyond that, the display is your only true option, and it's very dim. There is no backlight to it, making it difficult to see even in a lit up room, but it's impossible to see in the dark. Controlling the individual levels of bass, treble, surround mode, etc., instantly becomes a battle in of itself. Also, the menu system can be a bit confusing to try and navigate through. It's a black mark on such a great soundbar that it makes me wish that the display was just a light up display because it would make it so much easier to use.

Overall
The S5430W is a solid product. The sound quality really thrives on almost any setting, but truly shines with DTS setups. Connections are available for almost any device and can easily be integrated for simple one-cable connection if a user chooses to do so. The surround simulation really caught me off guard with how accurate it was, and while the bass does leave a little to be desired, changing the settings on it can still result in an overall great performance with lows, mids, and highs. Because of these features and results, I can give a pass to the remote, even though it can really be infuriating to use. Even so, the S5430W is worth the pickup at $299.99.

The S5430W soundbar is an impressive audio device. With surprisingly accurate surround capabilities and rich sound from the lows to the highs, Vizio has provided a solid product to compliment their excellent line of televisions. Getting past the remote issues won't be too difficult once the bar is set up and providing quality sound for your home theater room.