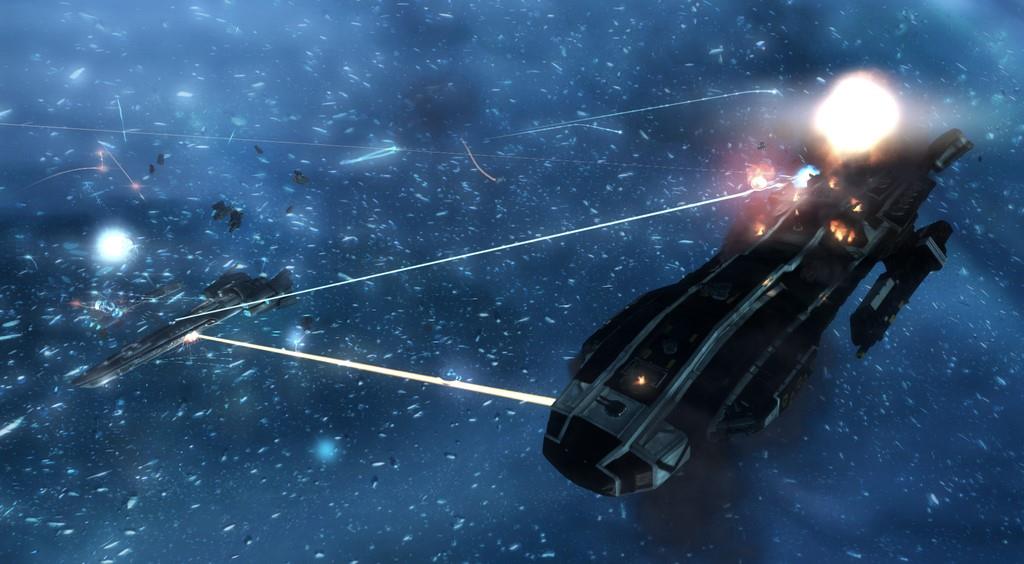 Strike Suit Zero: Director’s Cut is a game for the arcade player in all of us. This is unfortunately a double-edged sword. Part fun and part frustration keeps this from being a great game.

SSZ’s opening sequence sets you in the shoes of Adams, a pilot for the United Nations of Earth. After a few completed missions you are chosen to pilot a new ship called the Strike Suit, a vehicle that can transform into a flying space-mech equipped with heavy artillery like homing missiles with a little less maneuverability. If it’s so powerful, why not use it all the time? Well, you have to build up a Flux meter during normal ship combat to use the Strike Suit. A red bar at the top of your screen shows your progress with Flux as you take down various enemies and even as you take some damage. It’s a cool way to keep your power in check during the game, but some sequences are pretty difficult and having only your regular ship to use can be tough. This is only exacerbated by some of the games lengthy stretches between checkpoints that could have you replaying 15 to 20 minutes of the game. Luckily switching between your normal ship and the Strike Suit is easy and controls for both are fun to use.

As cool as the ship you pilot is, the story is stale and has been told a thousand times before. Humans’ last days on Earth, you’re there to save the day etc. It’s nothing I, or probably most gamers, haven’t heard before and I would have been more content with a simple “You’re an ace pilot here to shoot stuff” plotline that never tried to explain itself. I understand a need for a bit of background narrative, but in a game like this, less is more.

Along with the story, the overall missions of the game are everything you would expect from a title like this: escort a huge ship, clear this area of hostiles, and destroy this large, important enemy ship. If not for the cool combat and mech-suit mechanics, this would be way more of a drag than it already is. Enemy ships and backdrops get pretty boring as well. At first, it’s awe inspiring to be fighting in vast expanse of space with some giant ships and exotic planets around you, but it gets old pretty quickly. I encountered a few weird spots with textures and visuals too, but not so much that it ruined my experience. It just stood out at times and certainly wasn’t complimented by the drab scenery. You may also have to replay missions to complete certain objectives to upgrade your ship also. The problem with replaying missions is that nothing, short of completing the upgrade objective, comes from replaying the levels besides higher scores. It make grinding out upgrades seem overly important in first mission playthrough and far too tedious in subsequent ones should you miss out on it. When one mission resembles the next, the last thing I want to do is actually play one over again for little to no reward. 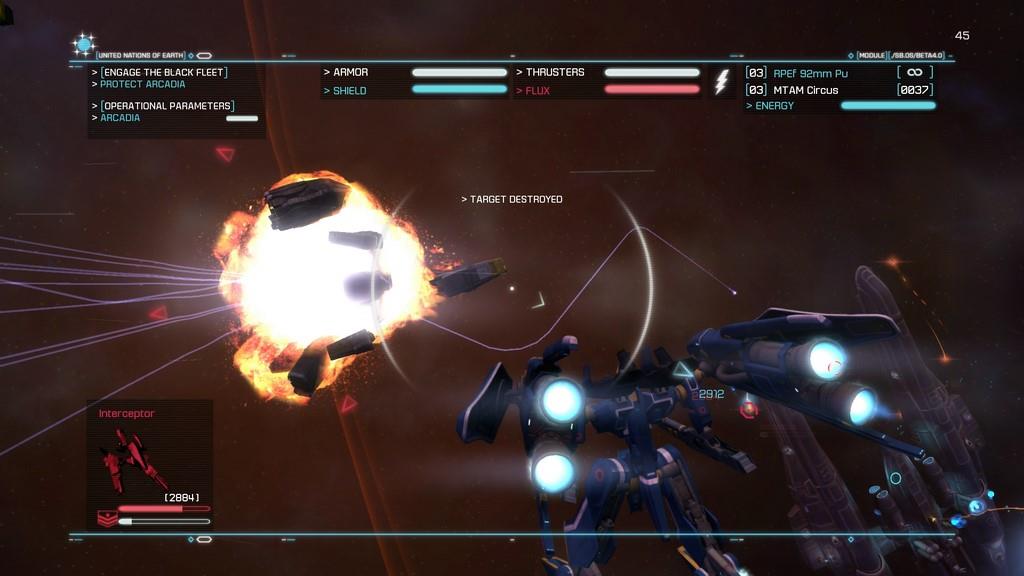 All-in-all, Strike Suit Zero: Director’s Cut is a good space shooter. Flying around in space and transforming into a mech that obliterates your enemies is exhilarating and fun, but the mission designs and backdrops make the game feel less exciting after a short while. Sporadic checkpoints and some difficulty spikes even make the game tend towards frustrating every now and again, but if you’re a space combat fan Strike Suit Zero: Director’s Cut is not a bad addition to your next gen console.

The game straddles the line between fun and annoying at times. Playing for extended periods will surely end in burn out, but for the short spurts played it offers some fun and exciting gameplay among some rather boring backdrops and generic story.