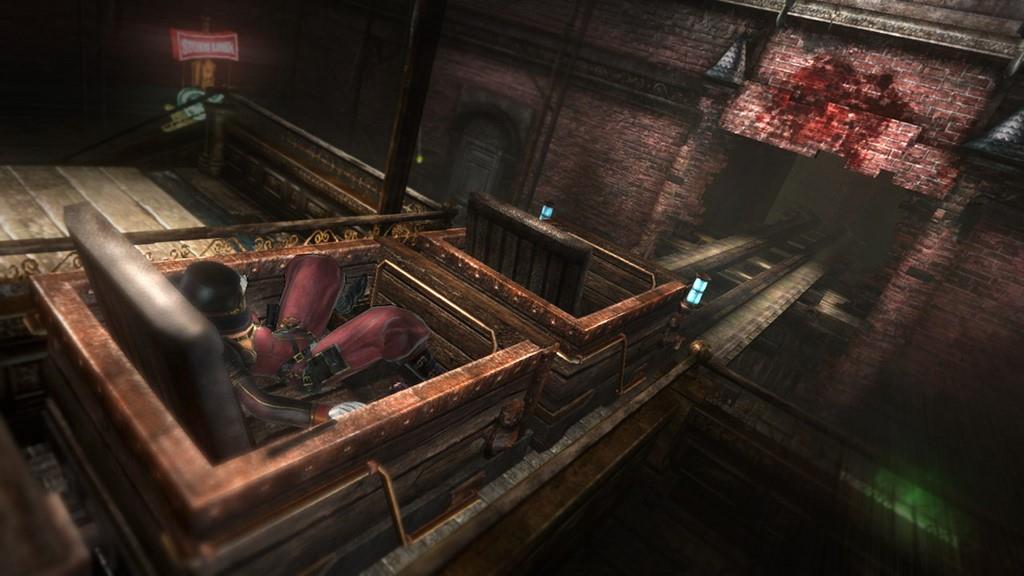 It's been nearly a decade since the last game in the Deception series. Trapt on the PlayStation 2 was a pretty good attempt to bring the PS1 franchise to what was then considered to be next gen, but the gameplay didn't quite evolve with the visuals, and it was kind of a middle-of-the-road game. It fulfilled what it needed to do for fans, which was let them really let their sadistic flag fly, as they crushed, maimed, humiliated, burned and generally tortured anyone who dared to cross their paths. Fast forward to 2014, and one of the biggest surprises, seeing Koei Tecmo release Deception 4: Blood Ties on an unsuspecting American audience. I considered this franchise to be dead back in 2005, but here we are. And while I am ecstatic to play a new entry in this series, you kind of get the feeling that they were going for a budget title from start to finish.

Playing as Laegrinna, the literal daughter of the devil, players are tasked with collecting 12 Holy Versus, held by descendants of the Saints who originally sealed the devil away. Despite being descendants of great heroes, these characters have fallen quite far, and some almost seem to be more twisted and despicable than the character you play. On her mission to resurrect her father, she is accompanied by three daemons, who are the sworn servants of the devil and Laegrinna. Caelea, Veruza and Lilia each represent one of the properties of the traps you'll be springing on unsuspecting foes. Caelea is the scheming one, with traps that focus on making the whole task of doing away with someone more elaborate. She's in charge of traps that will extend your combos. Veruza is all about dealing damage. Her sadistic traps are there to make sure that whoever crosses your path is doomed. Lilia is the trickster, and as such, her traps are meant to humiliate your foes, which could mean a cake to the face or a banana peel on the floor that will send an enemy flying. How you defeat certain enemies will affect the game in minor and major ways, with four different endings to find depending on who you decide to kill and capture.

Laegrinna is a pretty weak target, so she'll be relying on all those wonderful traps to keep enemies at bay. Once a level gets underway, you'll be scouting the surrounding areas to try and find a good place to set up trap combinations that work with some of the objects that are left lying around, like electric chairs, guillotines, cannons and other tools that can lead to a devastating end for your pursuers. You'll have to take care, though, since some enemies are resistant or even immune to some types of traps, like heavily armored characters that can't be pierced by some of the wall traps that involve impaling them. This means you'll actually want to make a rotation of traps, and take care to select the proper loadout before each level. Thankfully the game gives you the ability to scout your foes before each stage, so you'll know what to bring and what to leave behind.

The main story will take about 10 hours to complete, and beyond that there is an absolute ton of content that players can take advantage of. There are 100 additional missions, a free battle mode where you can set up your own opponents to test out trap builds and the like, and even a mission builder that you can upload to the net for other players to download. The game also features some in-depth stat tracking, giving you a breakdown of the traps you like to use, the amount of experience gained for each particular trap set, and enemy data that even shows what they'll look like if you manage to break the armor of some of the heavier enemies. There are also skills that can be unlocked that will allow you to make a quick escape in a pinch, or paralyze enemies in place for a limited time. And finally there are even costumes, which I'm all for because the default costume for Laegrinna is kind of hideous.

The same could be said of this game's visuals in general. Flat textures, boring scenery and character models that look like they were ported over from the PS2 era. I can get doing this game on a budget, but I know Koei Tecmo has access to some impressive graphical tech. To see Deception 4 look like this is pretty disappointing, especially when there are some frame-rate drops on the PS Vita. The music is also forgettable with only a few tracks that are constantly repeating themselves since each world has its own theme. The lack of English audio is disappointing, but since this feels like it was put together on a shoestring budget, I can't say I'm totally surprised, especially when you consider that all of the characters sound alike. 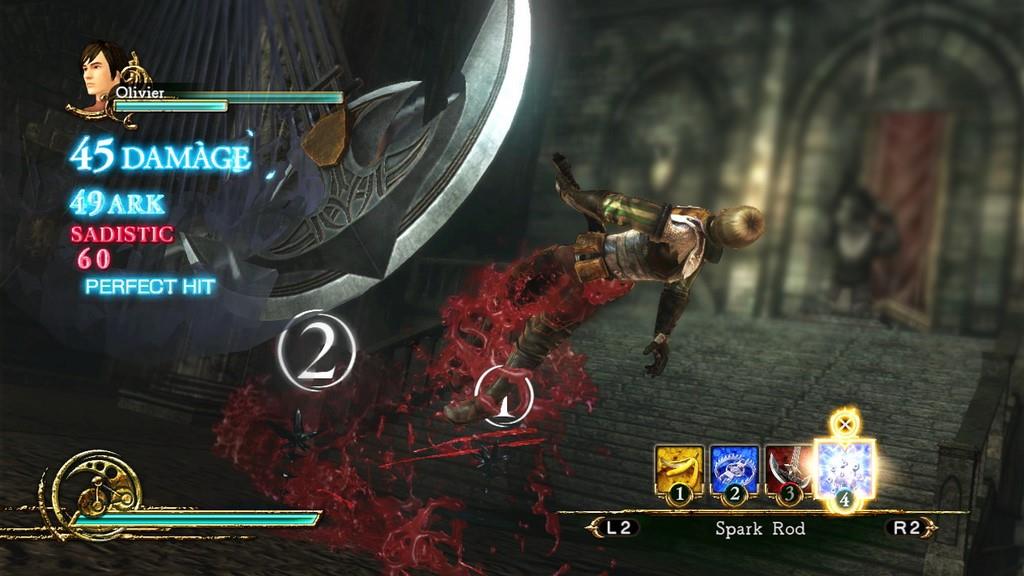 Enemy A.I. is also kind of disappointing, in that it adds a cheap element to the difficulty. But it also manages to be too stupid at times, as if self preservation weren't necessary. Some characters will simply move in as straight a line as possible to take out Laegrinna, while others are able to jump around and deal large amounts of damage, putting players in a very precarious situation where one false move means you're just going to have to restart the level. The timing on some attacks makes it so that enemies can continuously spam their special moves and they will hit in such a manner that it is impossible to escape. Other enemies will simply run into the active stage elements, making them easy targets. When enemies want to escape though, suddenly they're set to Harry Houdini difficulty. You'll have a hard time tagging them with any traps, and they move at a much quicker pace as they try to make their escape.

I think the most surprising thing is that despite all of the less than stellar stuff, Deception 4 is still a pretty enjoyable experience from start to finish. Playing the role of a gray-area character that's leaning toward evil is a nice change of pace. If you've been a fan of previous Deception games, there's more to love in this one. The additional features and online components make it a game that can be played almost endlessly, so long as there's a dedicated fanbase to provide content. That said, know that this is definitely a budget title, and maybe your wallet should wait for a price drop if you're hesitant. But if you're a Deception die hard, get ready for a wicked fun time.

It kind of feels like Koei Tecmo dragged this franchise out from the closet under the stairs, dusted if off, then threw it back out to the masses. It's more Deception, and it's pretty good. But beyond that, it's a game that's strictly for the fans.