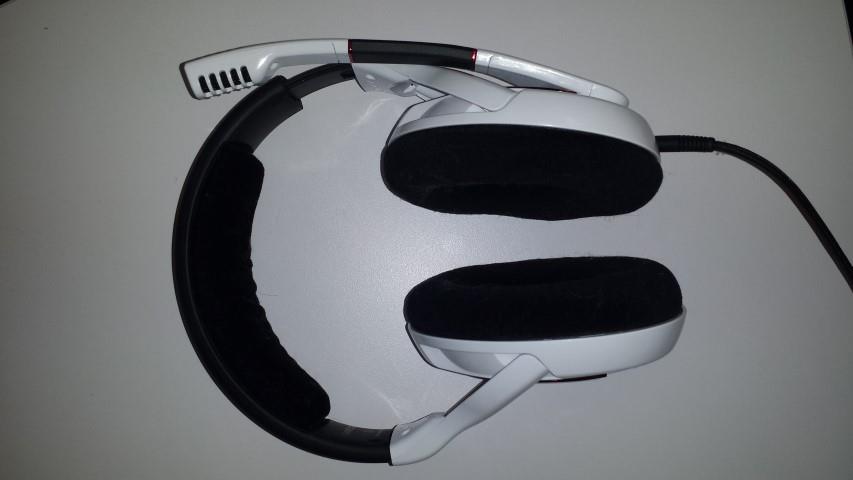 It's great to see Sennheiser getting into the gaming world.  The Germany-based company has long been a standard that other music accessory companies should test themselves against when it comes to clarity and quality of sound.  In the past few months, Sennheiser has made an active push into PC gaming with the launch of a new line of gaming headsets, starting with the G4ME ONE.

Specifications
As is customary here at Gaming Nexus with our audio reviews, we always open up with the specifications.

The primary statistics to look at here are the response levels and sensitivity levels.  The microphone has fantastic range at up to 16,000 Hz, though this is fairly standard with high-end PC gaming headsets in today's market.  The response of the headphones certainly trumps most headsets with a range of 15-28,000 Hz, meaning that the range of the sound coming in will be very diverse.  The microphone sensitivity is always a big stat to look at, simply because a weak microphone means a user will have to talk louder in order to be heard, which will result in distortion for those listening on the other end of communication.  -38 dBV at 94 dBSPL (Sound pressure/Acoustic Pressure) is very good.  Beyond these three stats, the sound pressure level at 116 dB is a very high range to hit, though no one wants to actually hear 116 dB coming into their ear pieces.  It's just nice to have that high of a threshold.

Design
I've been spending a lot more time looking at the design of a headset in review pieces, seeing as how there are different variations to headsets more so than ever.  Personally, I have always been a fan of over-the-ear designs.  I have larger ears, so those that hook onto my ears or, worse yet, earbuds that are always difficult to get used to, simply do not work for me.  The G4ME ONE design stresses comfort.  The earpieces are designed to be extra large to allow for the headset to sit easily over the ears and not be cumbersome or annoying.  The velvet that acts as the cushion itself can be found on both earpads and the headband itself.  A voice dial accompanies the right earpiece for quick changes in levels. The headset is an open design, which means that air is actually led through to the ears, eliminating sweat and keeping the comfort of a user at a very acceptable level.  There are some purists that will argue that a closed ear design is better for sound, but truthfully, good noise cancelling can eliminate that argument, which the G4ME ONE boasts.  The microphone is the last part to cover in the design, and there is no issue of durability with the arm hinge.  Moving it into the up position effectively mutes all outgoing sound, while lowering it after a click is heard brings outbound sound live again.  Simple design, but always nice to have.

Performance
The G4ME ONE performed beautifully in all test aspects that I managed to throw at it.  Everyone will use their headsets in a different form when it comes to PC usage, whether it be for online gaming and needing to communicate on Ventrilo or Teamspeek at the same time, or simply needing it to listen to music or skyping with anyone.

The first test involved playing one of my favorite titles of all time, Final Fantasy VII, on Steam.  Some of the mods included in the game certainly ramp up the sound, and these mods were a perfect test to start with.  Response and quality were crisp and clear.  The various pieces of music put the G4ME ONE through the multitude of response ranges, from the simple acoustics of Aeris' Theme to the heavy metal sound of boss music Heart of Anxiety.  Riffs are beautiful while chimes and acoustics are bright and clear.  I did manage to get to the end of the game and test it out with the ever-famous One Winged Angel that accompanies the final battle with Sephiroth.  It does bear mentioning that the mid-level sounds can sometimes get lost with the highs and lows that the headset is dealing with, but it's a minor problem that accompanies most every headset out there.  The G4ME ONE passed the first test with flying colors. 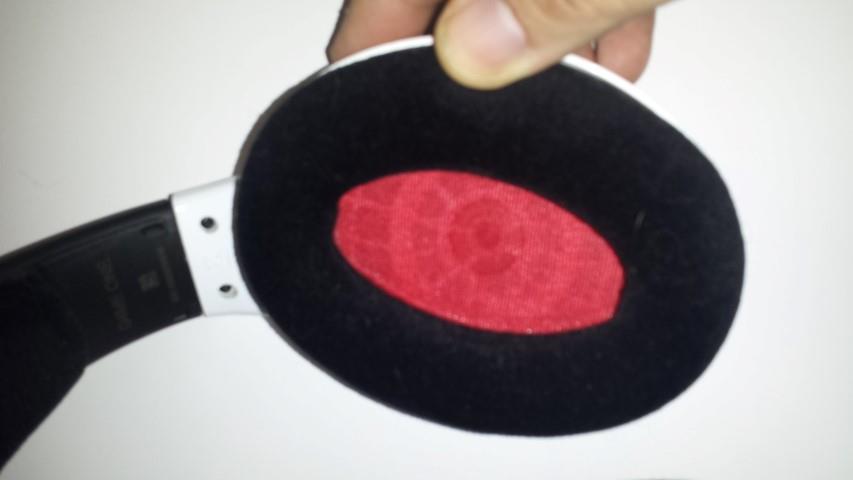 Musical tests are by far the most important test to run through.  In the gaming test, I mentioned that the riffs in the metal sounds were nice and clear, so I decided to push the envelope by playing plenty of metal and rock to hear if there was any type of distortion or loss of sound.  Three familiar songs were used for this test:  Metallica's One, Five Finger Death Punch's cover of Bad Company, and All That Remains' Six.  If you aren't familiar with one or any of these songs, understand that there is a reason for these choices.  All three songs go through simple riffs before getting to faster and harder sounds, especially One.  The opening riff comes through so clearly that it feels like I'm listening to them in a studio, and that isn't an embelishment.  A good headset should allow the user to close their eyes and envision that the band is playing directly in front of them.  I get this feeling with all three songs, though I did experience the minor muddiness with Bad Company in the middle of the song.  This was rectified by the equalizer of my music player, so no harm, no foul.  Music test result?  Another pass.

The voice test is always the toughest part of any headset review.  The quality of internet strength on both ends is a major factor in whether sound gets broken up or not, so it's always important to match up with those who have reliable connections.  I made a few Skype calls with various friends and just had them listen to me a little closer when conducting our voice chat.  None of those that I called experienced any issues with clarity or sound quality.  Talking at a normal voice level was perfectly fine and allowed for a clear conversation.  The muting on the microphone tends to kick in even when the arm isn't fully raised.  I would say lifting it to around a 25-30 degree angle tends to trigger it, while lowering it to the same level brings the outbound sound back into play.

There is little to complain about regarding the G4ME ONE. It's extremely comfortable, boasts superior sound quality, and has excellent clarity on the microphone.  The noise canceling is exceptional and blocks out the background noise around a user with little issue.  There are just some minor  problems with mid-level sounds, but they are negligible and can be corrected using an equalizer if needed.  The headset is truly designed for long sessions of gaming and no user will ever feel as though it is cumbersome or annoying to have on their head.  The Sennheiser G4ME ONE retails for $249.99 and can be found at Sennheiser.com or other various retailers.

With superior comfort and sound quality, the G4ME ONE is an outstanding headset that is simply world class.  Any gamer would love to experience having this headset on a regular basis, no matter the game that is being played.  The G4ME ONE will make any soundtrack to a game that much better.