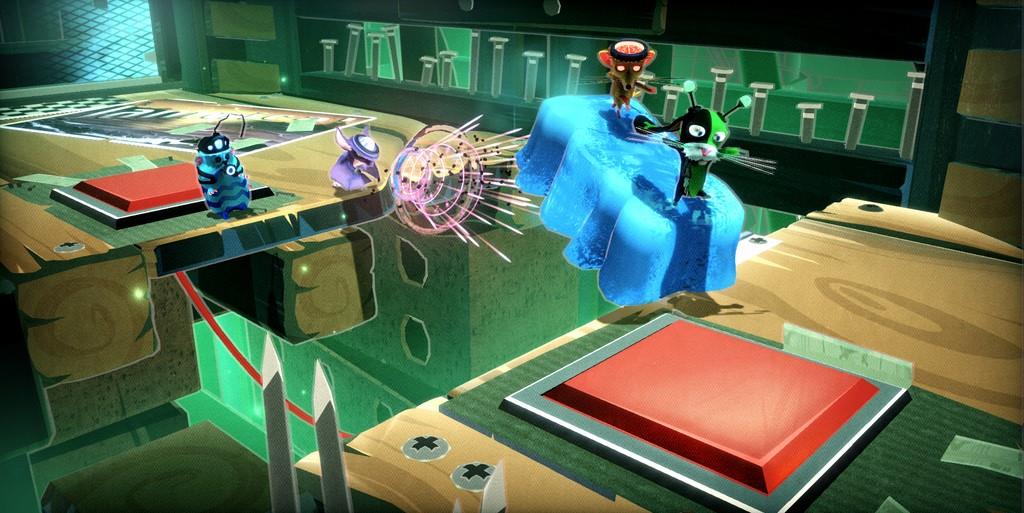 Tiny Brains is about a group of superpowered, and very tiny animals try to escape a mad Russian scientist's lab. The game is exactly as quirky as its premise, but the gameplay and satisfaction of a co-op puzzler just isn’t all there.

Tiny Brains takes four lab animals with lab-engineered powers and pits them against the intelligence experiments of a Russian scientist trying to make the next step in evolution. The dialogue, or monologue mostly, coming from the hazmat-suited lab worker is as funny as you’d expect. Even the intro section with him going over a checklist of things he needs gives a chuckle or two. The game starts off with fairly easy puzzles acting as tutorials for each character’s specific power. The powers are all interesting, but some seem to be left in the dust in several puzzles. The object pusher, who can fling items across the board or out of harm's way, is usually far more utilized than the one who can pull objects up and down ledges. It’s less evident in single-player mode, but when playing with people online or locally you’ll notice there’s usually one person who has their power go unneeded when they’re just goofing around. The other powers include an ice block maker, who can also use the exploding block to jump or shoot objects high in the air, as well as a teleporter who can switch positions with an object you aim at.

On one hand, it’s really nice to see a local co-op game that actually requires the cooperation of the people you are playing with rather than just adding players into a single-person experience like many platformers, but the game relies on this to a fault, making trudging through in single player and switching characters a real hassle. The puzzles aren’t difficult in themselves and many of them repeat, which makes the whole “figure it out yourself” deal a bit more memory based than intellectual. Switching characters is fast and even gives you a split second of slow down to adjust to your next move, but it’s still not as fun as getting your friend to a switch or yelling at the person in the room to “just make the damn jump already! Now! Go!”

The characters in your adventure are all endearing and funny to use, but the handling could use a bit of tweaking. In some stages you’ll wish your little rabbit or hamster ran just a bit faster or that the aiming was a smidge more precise. It doesn’t seem like much, but when you’re running to get an important block or battery before it falls into a pit of green acid for the fifth time and you miss it by a second or an inch, it's pretty frustrating. When it does all work, it’s fun to shoot your little buddies into the air and fire them to a higher platform, but the excitement is taken out of it when you make the jumps or pulls on a technicality or just by accident. 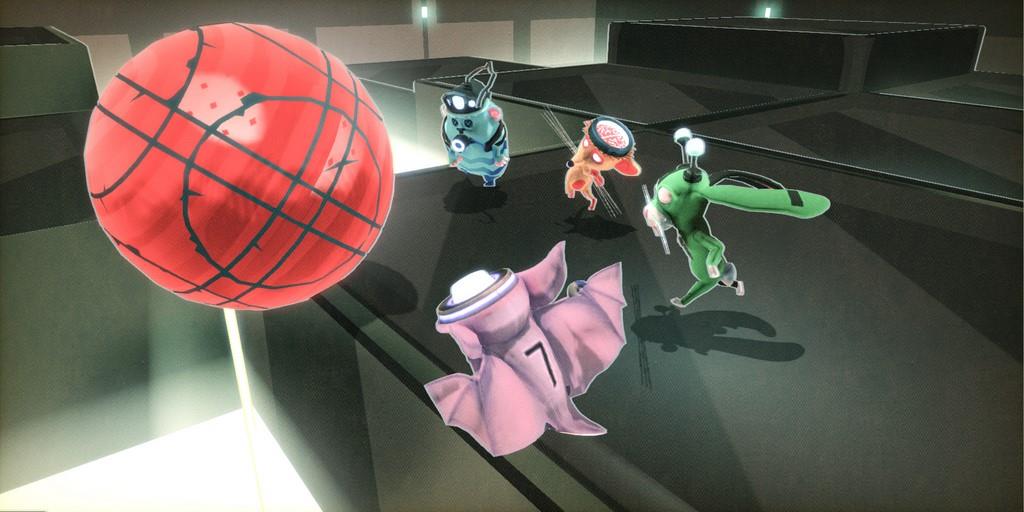 There are also several end-of-chapter boss-type encounters. These are interesting requiring you and your friends to utilize your powers to protect a small pink chick from other explosive, radioactively gigantic, or just plain starving cannibal chickens. These encounters can be fun, but unfortunately end up boiling down to using the same mechanics over and over or even just jumping on the heads of smaller chickens to kill them. Playing the encounters single player can be downright frustrating also, seeing as you have to manage a menagerie of powers while protecting your little pink friend from ever-looming danger.

Overall the gameplay of Tiny Brains is fun, but repetitive. The story mode will only take you about two-and-a-half hours single player and less with others helping you out, and it’s nothing you’d be likely to want to repeat in the near future. The game offers others modes, however, including a Tiny Trolls mode where you and friends face off in challenges and end up battling it out with powers. Jules gives you one character with all four powers to use, but only one life. In the regular single player you have unlimited lives and dying isn’t punished, which is actually nice for experimentation and the wonky controls, so Jules is not the best mode. The final mode is Tiny Soccer, which is an okay addition but not really worth much effort. The real draw of the game is the online, or preferably local co-op options you have in completing the main story.

Tiny Brains is a very short, repetitive puzzle platformer with charm and quirk to spare. Unfortunately if you’re not going to play with others in the room, then this probably isn’t a game for you. If you’re looking for a quick game to play with friends to kill some time and yell at one another, dive right into this one, but be warned that the wonky controls and repetitive puzzles can and probably will wear you down after a while.

Tiny Brains brings back an old school local co-op feel that can be fun, but the wonky controls, repetitive puzzles, and short length drag it down. Play it with friends or not at all.