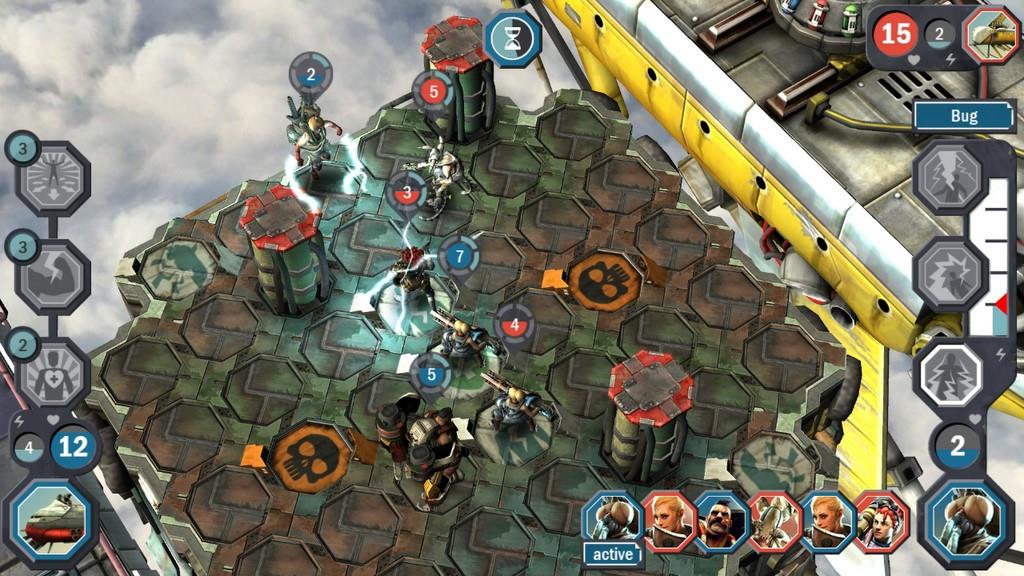 Every die-hard of multiplayer online battle arenas has a favorite game in the genre. Some love League of Legends, others love Smite, and for me it's Dota 2. Most players are opposed to trying different MOBAs, but if you are looking for a different kind of competitive online game, Aerena: Clash of Champions might be for you. It has many features of a MOBA (team of five created out of a pool of champions, destroying the enemy base is the goal), but its turn-based grid combat makes it more similar to the iPhone hit, Hero Academy. Aerena has the best of both of these gaming worlds, but it’s going to need some work before I’m ready to become a frequent member in the Aerena.

Every match in Aerena begins with each player constructing their team. You pick your ship – which acts as your base – from a group of four, each with a different style. After that you pick a team of five champions from a pool of eight, each with their own pros and cons. Bloody Mary has a long range, but her damage is low and inconsistent. Harlequin hits like a truck, but has very low health. Each champion has three attacks, one that is free and two others that cost Aether to cast. Champions gain Aether by doing things like attacking enemies.  You need to construct a balanced team, but remember you can only have three champions on the field at a time and can only trade out champions when one dies. The final piece of your loadout are your Aether shells. These are basically items with varying effects, such as healing your team, or hurting the enemy ship. Hurt the enemy ship by either crossing the small 7x7 grid map and attacking directly, or killing enemy champions.

Combat plays out in classic turn-based style, with champions taking turns one after another in order of when they were spawned onto the field. A champion is allowed two actions on their turn, and actions consist of moving, attacking, and using shells. Most turns you will probably move into range, then attack, but you could also move twice in a row to gain some ground; or if you were already next to an enemy, attack twice. The map is small and it is almost always possible to make a move on an enemy champion, so every choice is important. Sadly, you are only allotted a short amount of time to make a move and once that timer runs out you forfeit your turn. I get that the game needs to keep moving, but this is a deep strategy game and sometimes I just needed a second longer to think. 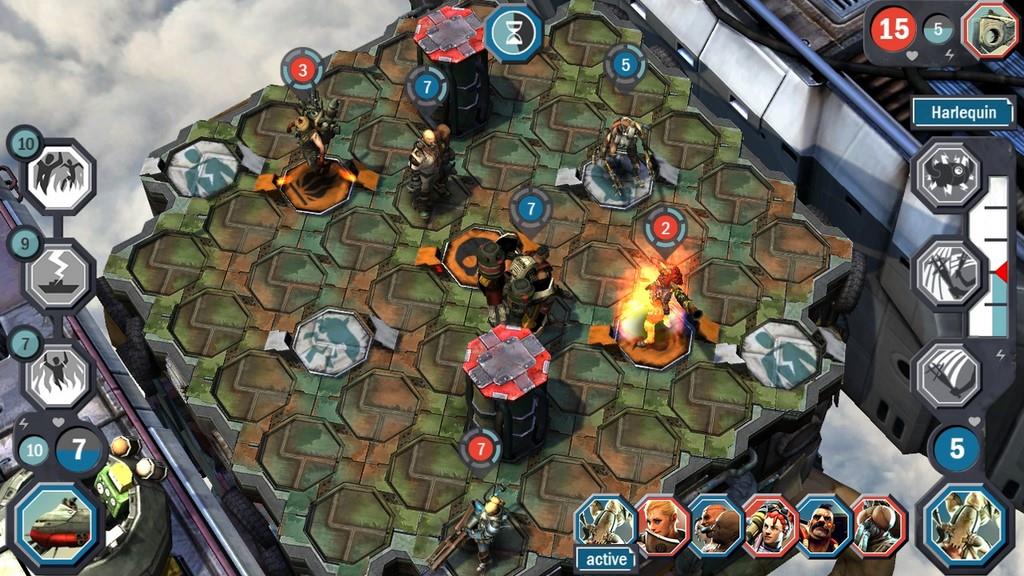 Despite being in early access, Aerena seems to be working fine, with no glitches or bugs as far as I saw, but I still had a few issues that I hope get addressed before the full release. First is the lack of an in-game tutorial. I asked around and it seems the game has no help page, so I was forced to play bot matches until I felt comfortable with the rules and mechanics. This isn’t a huge problem since the game is fairly straightforward, but it’s always nice to have a reference point. Second is the Aether shells, which go on cooldown after each use in a match. This requires you to change up your tactics each game while you wait for your favorite shells to come back, but it made it feel like my strategy had no consistency. Speaking of consistency, there are a few champions with attacks that deal one or two points of damage, and I really disliked this tiny bit of randomness in a game that is otherwise rigid in its mechanics. Finally, I always felt that the ships needed more health. Opponents would constantly rush my ship, managing to deal some good damage before I could stop them. Maybe if it wasn’t so easy to down the ship after a few rounds then more players would turn to champion combat more frequently.

A mix of MOBA ideas and tactical RPG gameplay, Aerena is a cool game that has the potential to be a hit with fans of both strategy and competitive multiplayer games. I have a few complaints, but the game still has a long ways to go till it reaches full release, so expect a lot of additions and tweaks before then.