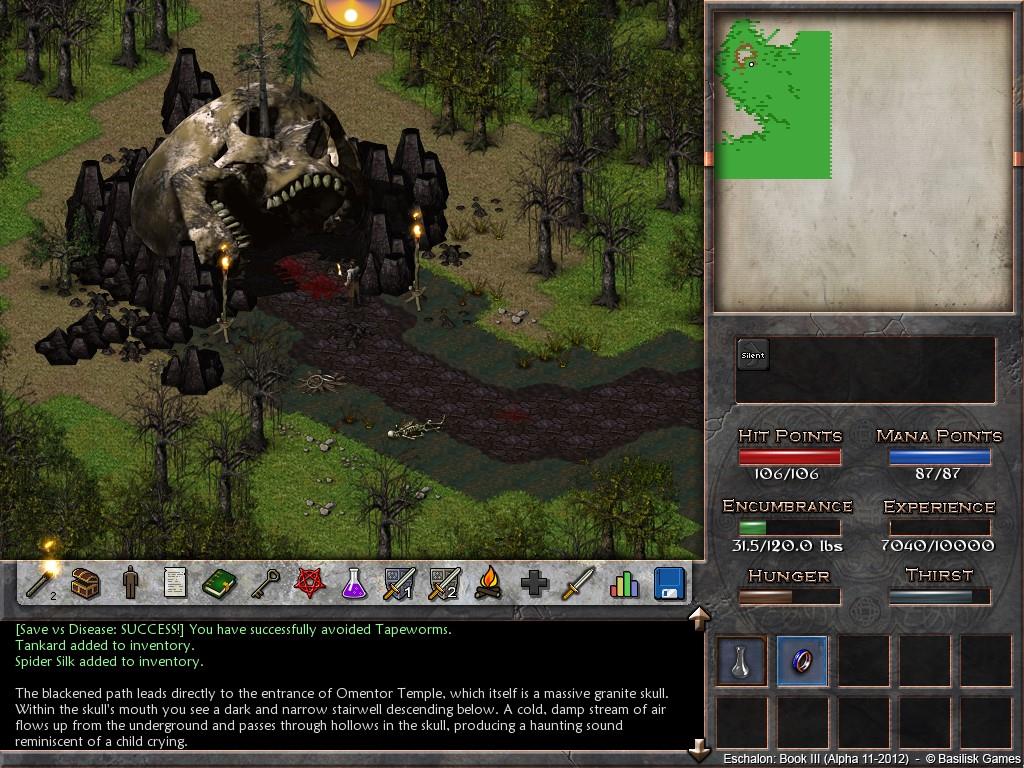 Since 2007, Basilisk Games has been putting a retro spin on indie development. While other indie developers use retro elements for pretentious or subversive effect, Basilisk is completely straightforward and serious about their use of old-school gaming ideas. Their Eschalon series of isometric role-playing games are a thoroughly straight-faced throwback to classics like Ultima and The Bard’s Tale. It’s clear that Basilisk misses a very particular kind of game and had decided to revive the genre single-handedly.

The first two games in the series, Eschalon Books I and II, met with considerable success and cult enthusiasm, and Basilisk is getting ready to close out the trilogy with Book III. I’ve been grinding my way through its massive world for a couple weeks now and I’m pleased to say it upholds the series’ rich and unforgiving reputation.

For starters, Book III preserves the series’ slavishly authentic character creation. The game begins with an incredibly detailed character sheet, and when you re-roll your randomized stats you can even hear little 20-sided dice rolling around. The only way it would feel more retro is if the game forced you to buy a tablet and scribble in your stats pen-and-paper style. This mountain of stats, classes and distributable points is pretty intimidating at first, but if you take a few minutes it makes perfect sense and in any case veteran RPG players will appreciate the attention to detail.

In particular I liked the magic balance; it’s actually based on the religious background, or “axiom,” you pick for your character. For example a Druid class is attuned to nature and regenerates faster outside, but is crippled in a dank dungeon. You can also pick virtuous or nefarious faiths but I thought it was really cool that you could choose to be an atheist or an agnostic too. In Eschalon, an atheist has no belief in superstitions like curses and is thus immune, but this lack of faith also prevents them from receiving blessings and healing spells from a cleric. An agnostic is more or less balanced and receives no blessing or curse bonuses either way.

Getting into the actual meat of the game was refreshing after playing so many Baby's First RPG games like Fable. You’re more or less completely naked at the start of Book III and must immediately go to work scavenging whatever gear you can find. The early portions of the game are tough going; at base level your skills are laughable and you’ll find yourself missing attacks repeatedly, even when fighting simple swamp roaches. The bog area that you find yourself in isn’t enormous but it is easy to get turned around, especially in the dark. 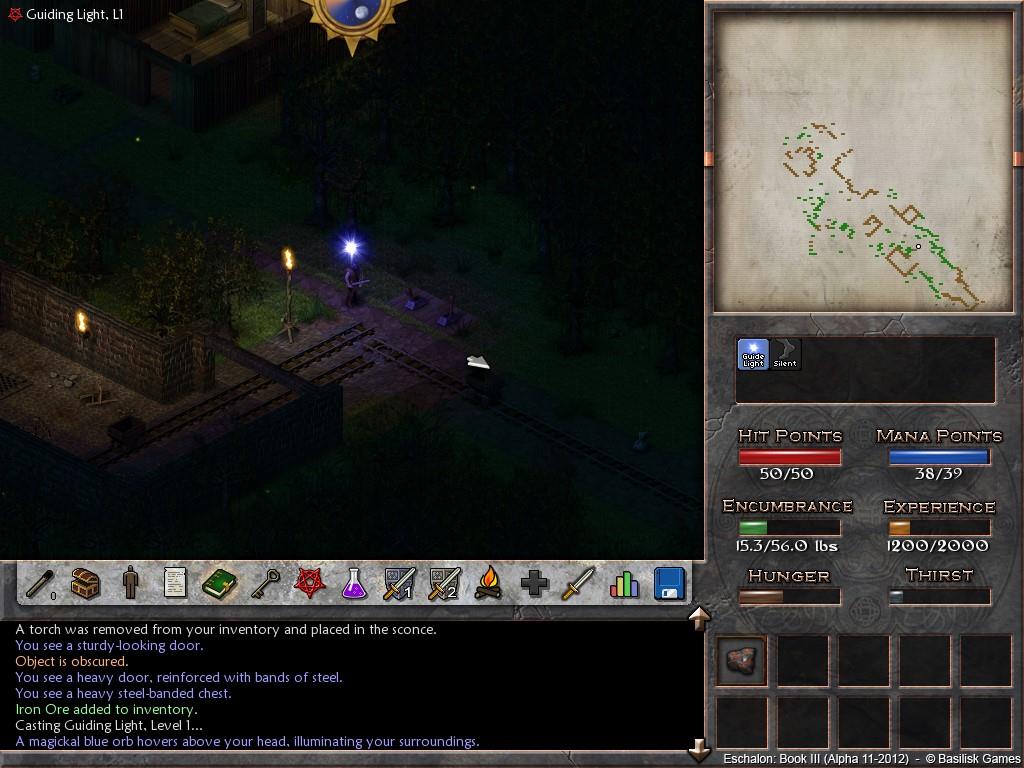 Luckily I picked the the map-scribing cartography skill so I sketched out the area as I traveled, but I shudder to think how lost I’d be without it. This game is serious about its stats – putting too many points on one area can skew the gameplay considerably and completely rebalance your strengths and weaknesses, which could lend itself well to replayability.

I found myself wishing I had invested in some healing spells or alchemy, after stepping in swamp water and contracting a nasty case of blood boils (-75% strength). Stumbling around in the dark is a very bad idea, and since health regenerates so slowly when you’re walking around, I decided to set up camp for the night and regain some hit points. By the time I’d trekked to the local mining settlement I felt like I’d already been through the gauntlet, but such is life in an old-school fantasy RPG.

I can already tell that Eschalon Book III will be quite similar to the first two installments, but that isn’t a bad thing at all. The developers have had two games to test the balance and depth of their RPG system and Book III seems challenging but fair. We’ve seen plenty of indie platformers push difficulty to extremes, but there aren’t a lot of throwback RPGs yet. In that respect the Eschalon series is exploring a kind of nostalgia that is a relative rarity, at least for now. Fans hungry for more uncompromising adventure won’t have to wait long: Basilisk plans to close out their trilogy on February 14.