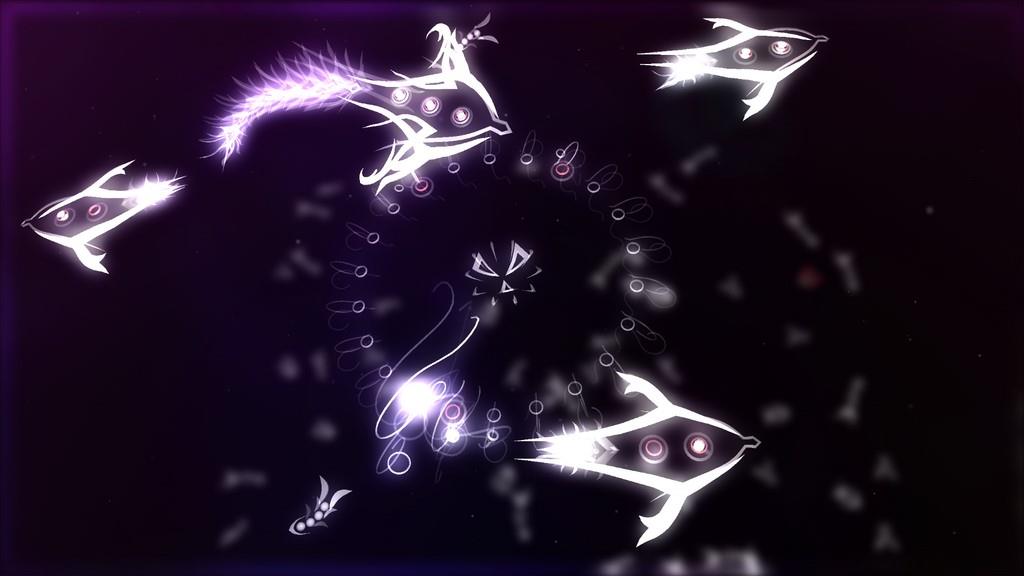 Thatgamecompany is known for being different. Their games have a certain simplicity and artfulness that reward a player for investing themselves in the journey, no matter how short. FlOw follows this same formula, offering a short and sweet adventure that will only give you back as much as you put it, for better or for worse.

flOw takes place in a world of organisms. The game starts with simple instructions, tilt to move, any button to boost. You take control of a centipede like creature and start swimming around. The only other object in the pool is a small red circle. Eat him and you will descend to the pool below you, and at the same time learn the game’s only objective. Each new pool is full of a variety of other organisms, big and small, and at least one red circle that advances you. Getting attacked by another organism will knock you back one layer, as will picking up a blue circle. The game features no story other than the one you create for yourself. Will you jet around each pool, grabbing the red circle as fast as you can, or mingle with the other life forms and observe their actions? If you take the time to eat other organisms yours will grow, becoming bigger and more magnificent the more you consume. Regardless of how much time you spend growing your organism, when you reach the bottom you will evolve into a new life form, starting the process all over again.

New organisms are fun at first, but the novelty of a new creature fades quickly. The second being was something more similar to a jellyfish, and when it boosted it spun around in circles almost like it was dancing. The third looked like a tiny insect shark, and was able to dash into other organisms, tearing them into smaller consumable pieces. I noticed that I could now attack even the big hostile creatures, and I took advantage of this ability to dominate the other organisms, and my small shark grew into a mighty beast. My hunger quickly expanded to other creatures, and I eventually found myself tearing apart a magnificent jellyfish for no good reason. I had to stop and reflect on what I was doing. What good reason did I have to kill these peaceful creatures? I quickly moved on to the next evolution, trying to leave my guilt behind.

Sadly this was the only reflective moment the game offered me, and from then on things were quite dull. In a game as short as flOw every minute has to count, and the game forgets this in the latter half, offering the player nothing new for sticking it through. Boredom set in and I sped through the last few evolutions just to see the ending and the unique, playable credits. 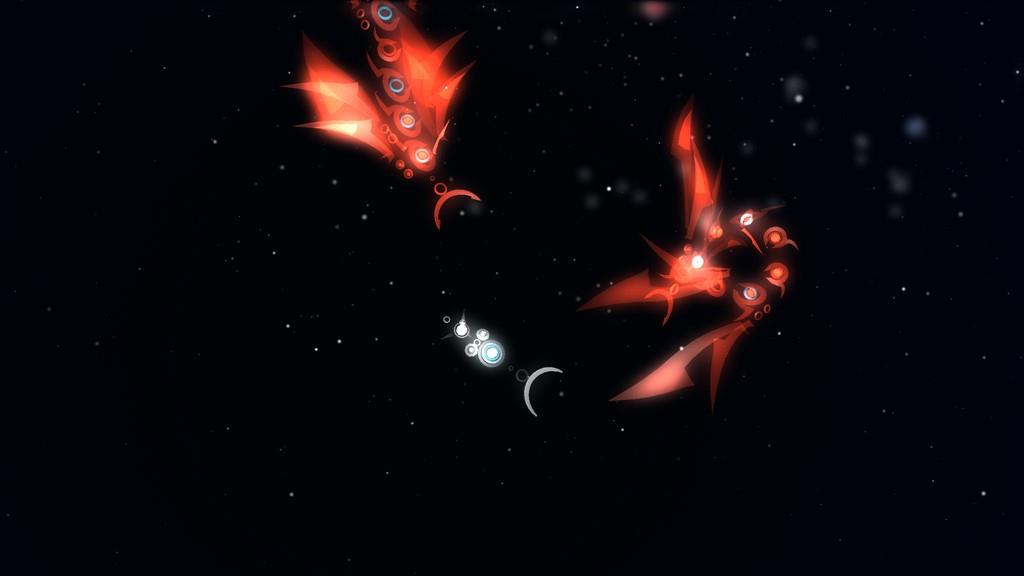 The tilt controls are tough to master, but offer an interesting take on what it must be like to be a newly born life form. Even though there isn’t much here in terms of deep gameplay, the game is worth experiencing just for its ambiance. The simple yet beautiful graphics combine perfectly with the soothing soundtrack, creating a sublime that gives you a reason to dawdle every once in a while.

In the end every player will probably walk away from flOw with a different experience. Given that it only takes about an hour to complete its hard not to recommend everyone at least try it, but as a gameplay experience it left me wanting more. If you are a fan of thatgamecompany’s other titles you will likely enjoy what flOw has to offer, but if you want more than just a neat little game you are better off looking elsewhere.

Version Differences: I played flOw on both the PS4 and Vita. The versions are nearly identical, but the Vita’s tilt controls are a little less charming since the screen moves with the system, sometimes forcing you to crane your neck slightly to see. The PS4 version also seems to have some sort of local multiplayer according to the main menu, but I was unable to try it due to my lack of a second controller.

FlOw is a unique little adventure that rewards players for investing in its world, but if it doesn't pull you in quick, its short length and repetitive gameplay will make for a forgetful experience.

So hungry. A savage hunger rumbles through my neon stomach. I mean, I am due for a desperate swim through the neighborhood primordial soup. This place is a Spore-like grocery store, packed with delectable morsels that wouldn't mind taking a bite out of me, too. So hungry. Flow is the most eat-or-be-eaten video game ever. Even though it's couched in lovely Art Deco creatures and flighty dust-mote level designs, it's an aggressive existence. I'm born into glowing gasses in a single-cell branch of the food chain, then orchestral strings plink and plunk in the background to the sound of my snapping mandibles and gnashing teeth. All I can do is prey upon the weak. There is nothing else for me to do. I am an apex predator, and this is my existence. So hungry.