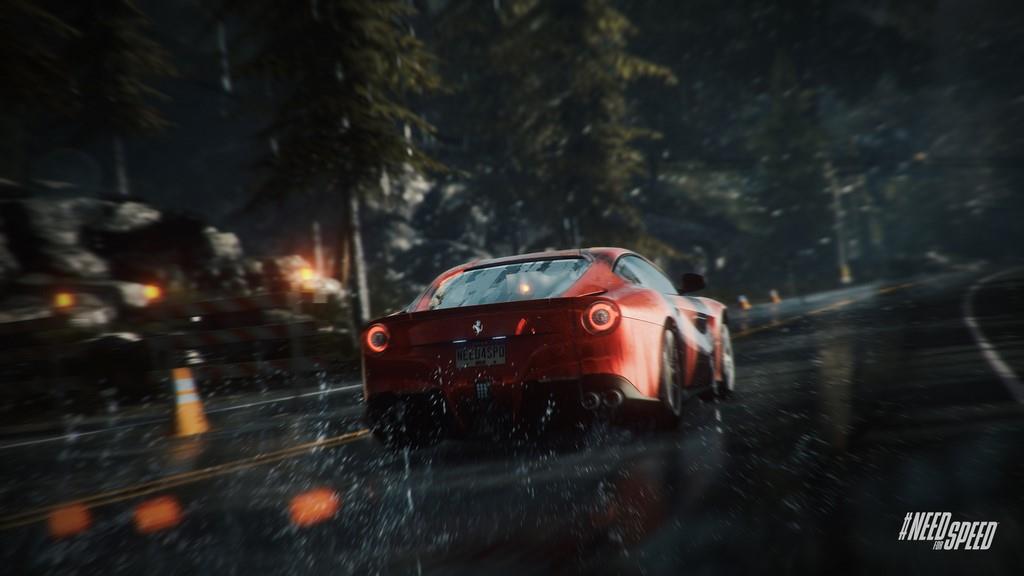 Racing games generally aren't a one size fits all genre.  There are many different forms, from open-world racing, realistic racing, and adrenaline junkies seeking a rush.  There is no question which one of the three that Need for Speed Rivals falls under.  While I'm not a hardcore follower of the Need for Speed franchise, it was not difficult to get into the latest installment of the franchise from Ghost Games and Electronic Arts.  There is a lot to cover, so buckle up and try not to have your face come off during the review.

Need for Speed Rivals isn't anything massively groundbreaking in the franchise's history, considering that this game is quite similar to its predecessor, Hot Pursuit.  The premises are very similar and the goals are straightforward:  Race with your collection of vehicles and achieve various goals and unlockables along the way, finding the right vehicle for all of your speeding needs, but the beauty of this game is taking the premise from Hot Pursuit and cranking it far past "11" on the meter.  Players cycle back and forth between being a racer or a cop, with each trip out having different sets of goals.  Hot Pursuit did a very good job of this, but Rivals has perfected the art, simply because this game does not let anyone rest while out in the open world.

The world itself is an island that is set up with plenty of tight turns, straightaways, and various areas to race through, giving players a wonderful change-up both in scenery and difficulty level.  It becomes obvious quite quickly to players that certain tracks need cars that may not be as fast as others, but are better for tight cornering.  Figuring this portion of the game out is really the first couple of hours after the tutorial.  The cars that players unlock along the way will vary in speed, acceleration, cornering, handling, and so on.  Of course, every car can be upgraded with money earned along the way by successfully achieving victories in races, time trials, and other goals that will be set by the game itself.  The challenge, of course, is not to completely wreck the vehicle or get busted by the police, or else those goals can be wiped out and the player has to go back and do them all over again.

The collection of vehicles between racers and police cars is fairly extensive, though the racer collection does trump the police cars in terms of numbers.  Players start out with a Porsche and have to work up from there, saving up all of their coin to unlock their dream car.  It isn't that simple, though, as every car not only needs enough money to purchase it along with the accessories to unlock them, but ranks must be achieved to unlock the best of the best.  Lists of achievements will allow gains in rank, and the ranks do not cross over with one another, meaning that a rank gained on the racer side will not be gained on the police side.

Racers will have plenty of opportunity to pick up side coins and achievements by simply doing head-to-head racing.  Approaching another racer will pop up with a possible challenge.  Hitting the RB button will initiate the race and it starts automatically, even if the racer the player controls is far behind.  There's no stopping and starting from that position:  Catch up or be left behind.  While this is going on, heat levels will continue to increase on the player's car.  The more police cars evaded, the higher the heat level, meaning that even if the player is not in a race, a cop can and will attempt to bust the player.  This is where Need for Speed Rivals truly shines:  Hitting heat levels of 2, 3, 4, and so on, will result in what seems to be a non-stop chase.  Adding into the equation that a player can start up a race during this, and the result is an adrenaline rush that keeps a player on the edge of their seat. 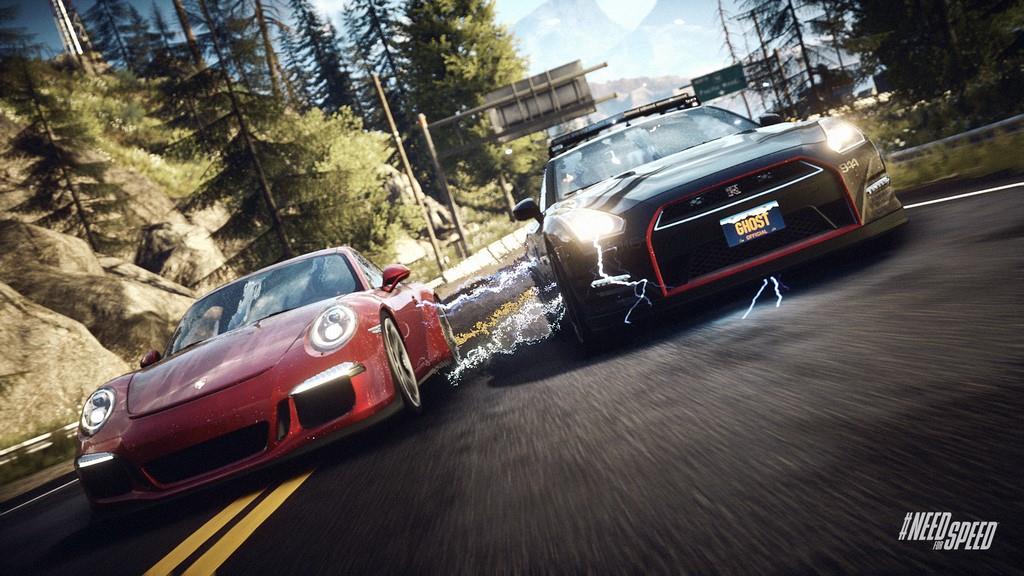 While racers are attempting to pick up their achievements racing one another, police achievements are possibly more fulfilling in that they will always tie in to wrecking as many racers as possible and busting them.  The challenge on the police side is not only wrecking these cars, but making sure that the police car stays intact as well.  This can be a heck of a challenge while going 120 miles an hour and attempting to drift around a corner to keep up.  As expected, playing as a police car is not quite the same as playing as a racer.  Taking a break is much easier than as a racer, considering that the police car is doing the chasing, not vice versa.  Racers want to stay away as much as possible, so the challenge lies in listening to the dispatcher on the radio and trying to pick up where the racers are at.

The biggest downside to Rivals is how repetitive some of the tracks can get.  Early on, a racer really needs to stay on the easier tracks to build up their early level cars, which certainly helps in the log run in assuring that those next level tracks will be met with cars that can handle tighter turns at higher speeds.  Those early tracks can be played numerous times without even realizing it, so it certainly can get a little stale early on, but that's canceled out the moment a player has ten police cars chasing after them while the player frantically tries to escape, elude, or find a safehouse before the car gets wrecked, which, believe me when I tell you that police cars will literally do anything to knock a player off the road at the highest heat levels.

The soundtrack for Rivals is a nice collection of various Indie and overseas bands.  This isn't a mainstream radio station that gets played during the time racing, that is for sure.  Of course, it never hurts to load up a personal soundtrack if the taste in music doesn't suit you, but that's all on the gamer. 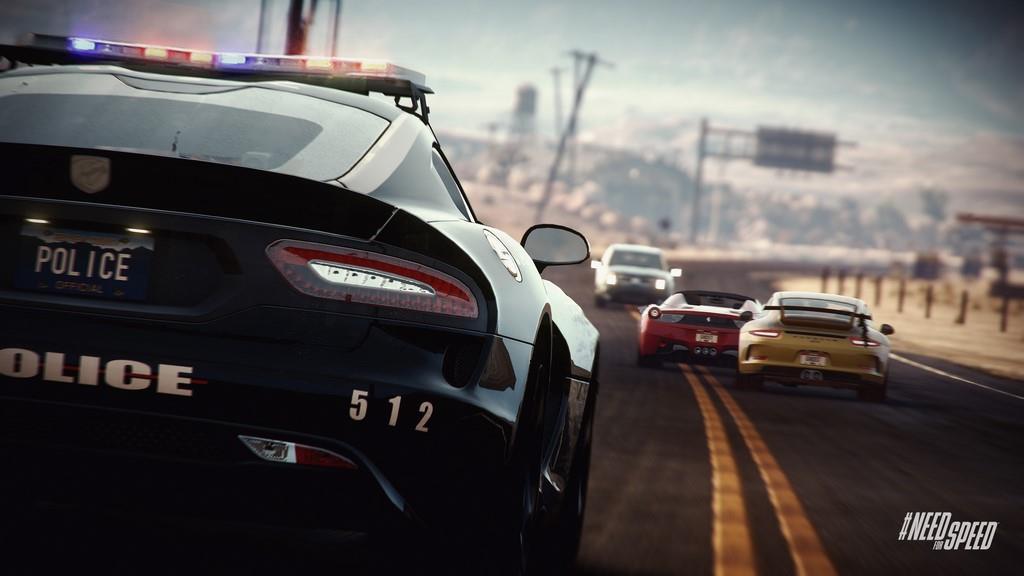 Graphically, here's where it can seem like the Xbox 360 players got a little bit of the shaft.  When compared side by side, it is painfully obvious that the Xbox One version of this title had a lot of time put into the beauty of the vehicles and how crisp everything looks.  The 360 version, quite quickly, looks outdated, though it isn't like the game itself is terrible with these graphics.  After several years of this generation, though, it has become clear the true reason why the generation is advancing.

All in all, Need for Speed Rivals does exactly what a racing game in an open world should do:  Provide a player with plenty of racing options, vehicles to collect, and hazards to avoid.  Yes, the game does get repetitive with the world being somewhat limited and how many tracks based on difficulty level there are, but the best part is that the game simply does not let you rest.  It makes a player keep going, for as long as the player needs to, until they are either wrecked or escape.  There is nothing wrong with this formula, and the game certainly is fun, but more depth needs to be added to it to make a good game great.

Need for Speed Rivals is a repetitive adrenaline rush, both good and bad, in the fact that the game will torture you with constant cop chases, but with constantly repeating tracks.  Even with this, the game is still fun and is a great pick-up for those who need that fix for open world racing.