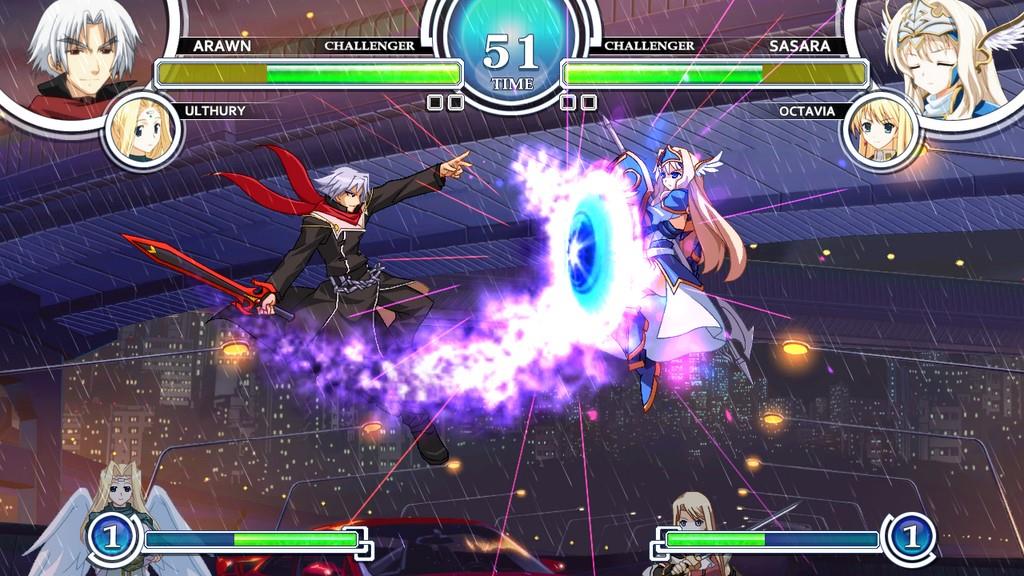 Fighting games have never been known for their in depth, or even sensible narratives. Often confusing webs of character connections and misplaced anger fuel the entire saga. But what gamers really come to fighting games for is exactly that; the fighting. AquaPazza: Aquaplus Dream Match proves that even completely niche characters and a flat story can still make a good fighter.

AquaPazza is game that caters to a seriously small fan base, at least in the western hemisphere. Taking characters from the Aquaplus visual novel games Tears to Tiara, To Heart, Utawareumono, among many others. If you feel lost here, don’t worry, I had to look these up myself and upon asking many of my friends who are far more versed in Japanese culture than I, they even claimed to not know what any of that was. This is probably due to the fact that none of these games have English versions, so only the most serious of fans would have any idea what those games are.

If you weren’t aware that Aquapazza was a fighting game based on many Japanese anime, you will be once the title screen hits you. Bright, colorful, and full of fast-paced guitar riffs; the menu allows you to choose from the many features at the get go. Unfortunately the first option, single player story mode, leaves a bit to be desired. Even in terms of fighting games the story is convoluted, uninteresting, and confusing. Offering up Another Story mode for additional tales revolving around each character isn’t that appetizing when my head is still spinning to comprehend the regular mode. There isn’t even a lot to take in, but a deeper knowledge of the different characters lore would have most certainly helped a bit.

In an interesting twist, there are more female fighters in the game than male, although at least five of them look as if they are just palate swaps of a generic schoolgirl. They do, however, have mostly different play styles, so testing each one out for yourself is probably a good idea to see how slow, or powerful each fighter’s attacks and movements are. Unfortunately the animations aren’t anything to gawk at and the design of the characters is a far cry from the flashy vastly different options most are used to. Unless you consider yourself an Aquaplus fan, you’ll probably have to look at the names to make sure you are in fact choosing the right character again. 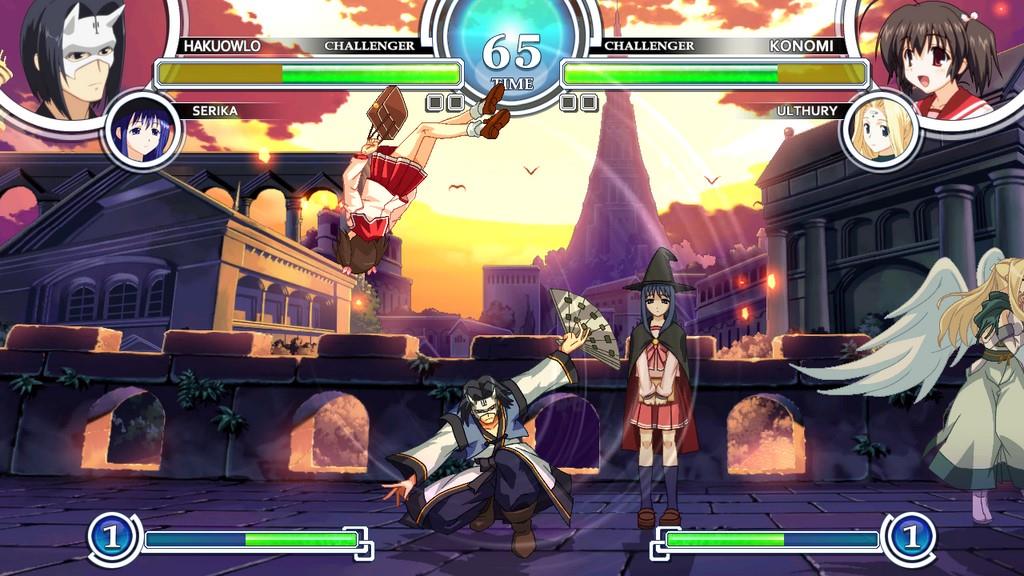 The mechanics are actually pretty simple so jumping in without much fighting game prowess is a welcome option, but there is also enough strategy to the fights that seasoned players will find something to stick around for as well. Each character has a series of simple attacks, from light and quick to heavy and powerful, and you also choose an assist character, although they are never actually playable during the game. Instead they add in extra moves to aid in your bttle. Some are direct attackers, jumping in momentarily to magically induce a shadow fighter or drop a bicycle on your opponent’s head, while other can slow down time, or have a delay to allow further hits to break their guard. Interestingly enough, your main character, depending on whom you choose, will have a specific way of moving around the screen. Some have the usual double tap forward to dash and attack option, while others utilize double or high jumps to their advantage.

A novel addition to the strategy of the game is the Emotion system. Emotions are given to your characters based on your play style. Two emotions are displayed when achieved, either “Emotion High,” which is good, or “Emotion Low,” which is conversely not so great. “Emotion High” is obtained by completing offensive combos and timed blocks that eliminate chip damage. The boost gives your character increased offensive power and the ability to better stun your opponent in a block. “Emotion Low” on the other hand, is from blocking too much and not using offensive moves enough. This bestows your character with a weaker defense, making you take more damage, and the makes it easier for your rival to break your guard. It’s an interesting concept that forces players to play smart but still take offensive chances when possible to gain that added boost. 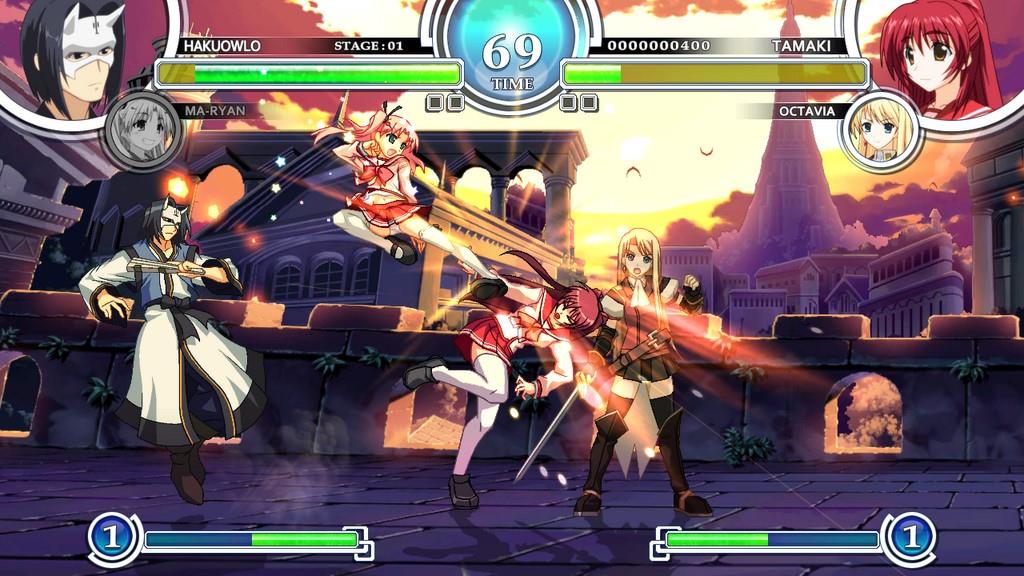 The modes outside of the Story and Another Story are decent additions. Training mode allows you to hone your skills, and even record and playback your moves and combos. Switching characters can be done from the pause menu as well, which makes it easier to decide what character best suits your style without having to constantly return to the main menu. Online multiplayer is also a nice option, giving the player the ability to earn certain titles as well as replay matches to either revel in glory or figure out exactly what went wrong.

Despite the incredibly niche audience it seems to cater to in its character and story choices, Aquapazza is a good fighting game. It has all the necessary bells and whistles of a good competitive title, while still being a worthwhile for newer players to the fighting genre. The emotion system adds an interesting incentive for players to go on the offensive more often and the different play styles add enough depth that transcends the simple controls making every character feel similar. All-in-all, Aquapazza does things right where it matters, and while it’s not likely to replace Marvel vs. Capcom or Street Fighter, it will provide a satisfactory scratch to your fighting game itch.

While AquaPazza may not appeal to the masses right off the bat, if you are a fighting game fan it is certainly worth a try. And for fans of the AquaPlus titles, it should be a no brainer that this game is made just for you.