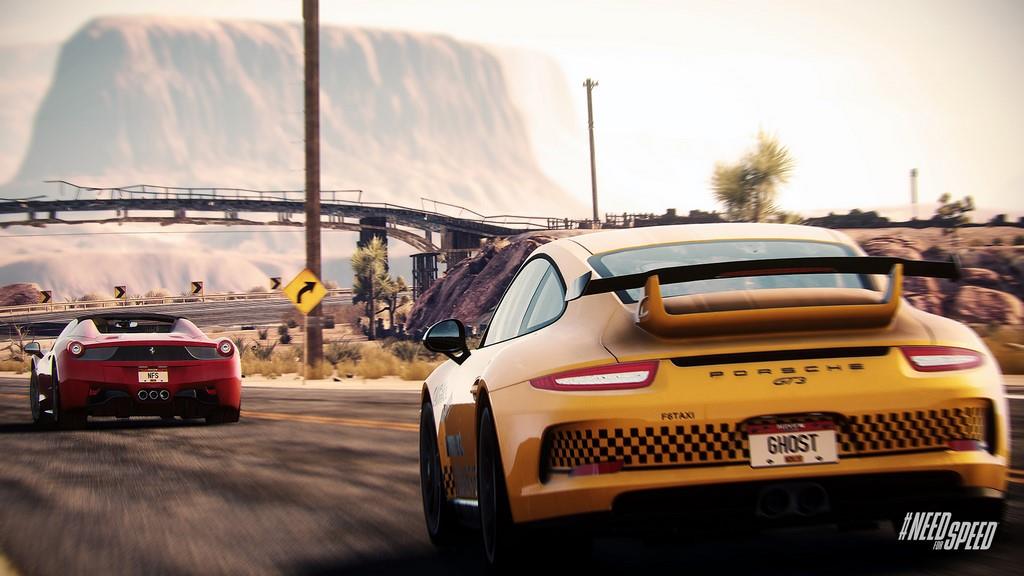 Note: This preview was completed after attending an EA sponsored event where EA covered travel expenses.

I had a phase a few weeks ago, where I wanted to play a racer that was fun, arcade-y, and easy to pick up and put down. So I went and grabbed Ridge Racer 4 from the PSN and put it on my Vita. A couple circuits later I was feeling good, although a bit wanting. So I jumped at the chance to go check out the newest Need For Speed, Rivals and get an early look at their new 'AllDrive' multiplayer mode. Color me surprised to see that having five other racers existing in the same world as you, completing missions, hassling other players as cops, and racing against you proved to be one of the best new additions to the franchise.

After completing a brief tutorial that gave me the ins and outs of the two campaigns, Racers, and Police, I was cut loose on the open roads of the fictional Redview County. This huge racing playground featured tons of twists, turns, and straight shots through coastlines, hillsides, and desert locales that reminded me of 2010's Need For Speed: Hot Pursuit, with slightly wider roadways that were made for drifting around corners and a lot more forgiving than last year's Need For Speed: Most Wanted. Where as I found last year's game to be full of things for players to unintentionally run in to, Rivals felt like I was given the whole road to play around with.

As other players in our session completed the tutorial, they were dropped in to the same world as me, and we were free to play through the game's campaign as either a racer or cop, which was easily interchangeable between the two. Just simply stop off at a safehouse as a racer, or a command post as a cop, and you can access your garage, where you can change your role, customize a vehicle, choose your weaponry (racer's can strike with just as much ferocity as the cops this time around), and look at your challenges that need to be completed in order to rank up in the campaign. While you're doing all this, five other players will be doing the same thing, which is the core idea behind AllDrive, as summed up by Ghost Games' Craig Sullivan.

'It was actually a few different ideas coming together. When we worked on Hot Pursuit we introduced the Autolog, and that was a core new feature that allowed you to asynchronously play against your friends, so even if you were playing single player you could set times, compete against your friends, and come back. And in Most Wanted we did a single player game with a multiplayer game and we realized that not one hundred percent of our audience gets to experience both, some people would be scared of playing multiplayer online because it's so competitive. But it was Patrick Soderlund that said 'it's cool that I can play against my friends for a Jump Distance or billboard destruction, but I'd really like to have that experience together at the same time.' And that was the initial seed or spark, and we thought that was interesting. How about we try to explore a single player game that is also a multiplayer game at the same time and we get the best of both worlds, I can play against the AI, and in a second I could be playing against a human in a seamless experience. 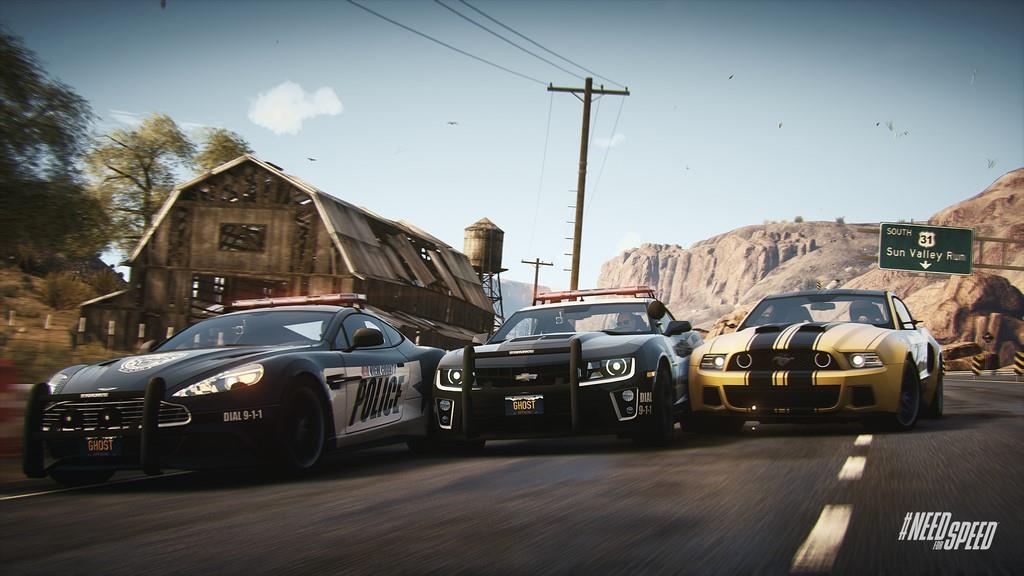 And this was something we talked about a while back and there are not many games that exist like that and certainly not in the driving genre. So it's something we though was cool and innovative and going in to next-gen we thought it was something we should embrace. We essentially designed everything else around it, we knew we wanted to do cops and racers, we knew for AllDrive to actually work, I can play as a racer and I'm thirty minutes in, and you're a cop but you're ten hours in. We have to both exist in the same world, so that required a certain kind of progression, and we wanted to keep the player choices so that's why we have the speedlist and assignments and you choose between three of each and it kind of went from there.

As we followed the design through we realized that you should be able to start events together, the game should allow you to have any mix of cop and racer at any time, and then we got the idea of AllDrive scoring when you're close together and it should be beneficial whether or not you're are comparable racer. It was something that we didn't know what it was going to be when we started out, we just had an idea and it's taken quite a while and a lot of experimentation to get to this point, but I hope that when players get to try it they are able to have experiences that they haven't had in driving games before.'

Playing with other players allowed for some spontaneous moments, since starting something as simple as a waypoint race is only a matter of tapping the L1 button on the PS4 controller. If you decide a race isn't for you at the moment, you can decline just by hitting R1. But should you choose to race, you're off in an instant, with the game determining a start and end point of the race. Or you can participate in any of the main races that are needed in order to complete objectives on your speedwall. In addition to the live players there are also AI players that drive around that can be challenged at any time. If you go the route of cop, you're free to tear across the map and interrupt anything that's currently active. Here's where playing that road can be a sadistic nightmare for other players.

As you race you earn Speed Points, these are used to unlock cars, and purchase mods and weapons for your vehicle. Points can be banked by returning to a safehouse, regardless of your current state with the authorities. As you continue to drive and evade the police, your score will multiply, but should you get busted, kiss all those points good-bye. Twice I found myself losing over two hundred thousand Speed Points because I got a little too greedy. Fed up and angry, I took to playing the cop, and made it my sworn mission to deprive someone of their points. It's strangely satisfying and addicting, and words cannot express the malevolent joy I felt hearing someone curse at their misfortune.

We're only a few days away from Need For Speed: Rivals launching on the PS4, and this first look at AllDrive has left me feeling like the franchise is turning a corner. It seems as if the 'every other year is a good year' curse seems to be over. Rivals has an interesting mechanic in AllDrive, and it will be interesting to see how it works with random players, versus trying it out with friends. My short time with the game certainly has me excited to see how the final product turns out.