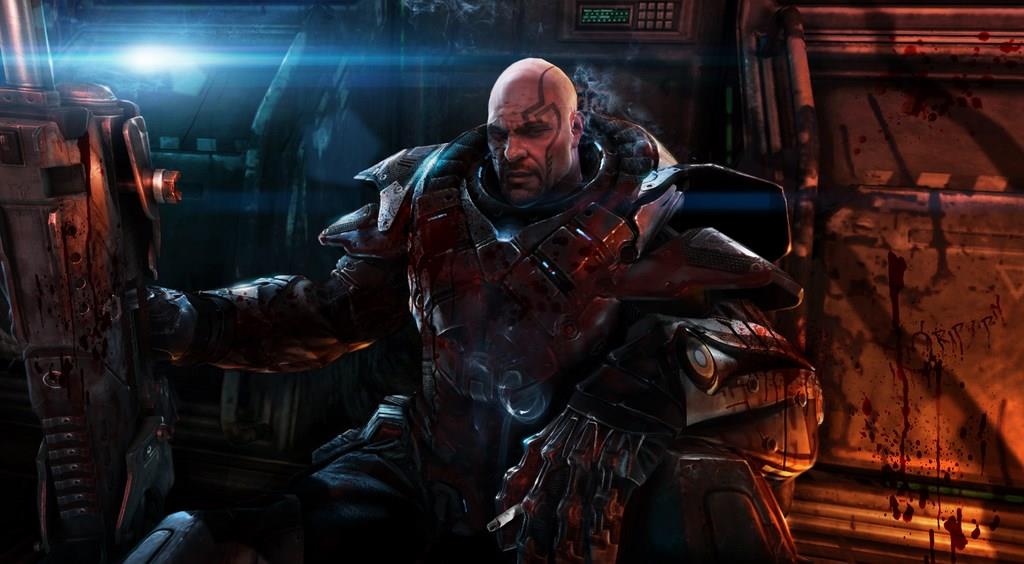 Imitation is the sincerest form of flattery. If anything about that statement is true then Alien Rage is one hell of a flattering game. Paying homage to games like Halo and Gears of War, this first-person alien shooter actually manages to take such blockbuster franchises and make their elements tedious and boring.

Alien Rage takes the fight away from a post-invasion Earth, and instead places Jack, our leading man, on an asteroid where humans and Vorus were mining Promethium together until the Vorus turned on us. As a big, beefy, armored soldier it’s your job to investigate (read: shoot) around the flying rock and find out exactly what went wrong. The story actually isn’t half bad, but the dialogue will make you cringe. Cheesy one-liners, and bad jokes between your female companion AI, your tech operator, and yourself will wear thin in the first level, let alone the rest of the fairly lengthy campaign. You’ll also hear a lot of the same lines over and over again at checkpoints. Repeating these parts from dying or save points means having to listen and watch what was already bad once, over and over again.

Same-looking alien enemies populate your screen as you blast your way through every linear level. Different archetypes do appear but they all essentially do the same thing: shoot you, a lot. The AI evokes some frustration as well since stepping through a checkpoint will elicit immediate enemy response and likely you’ll get caught off guard and die in an unfair surprise attack. Add to this that every alien baddie has essentially impeccable marksmanship with basically any weapon from any distance and you get a frustrating mix of cover and twitch shooting mechanics.

You will die in this game a lot. The difficulties say it all calling the lowest “Challenging.” Enemies ruthlessly flank you and often you’ll get a game over from the sheer amount of input being thrown in your face at once. The enemy assault almost never wanes but it most certainly wears thin. Only your guns ever seem to overheat or have the need to be reloaded, or even feature recoil. The game also doesn’t feature simple mechanics that can be taken for granted, like a quick 180 degree turnaround control. On more than one occasion I’ve had to restart a checkpoint because I couldn’t spin fast enough to catch a guy beating my head in with an ion rifle. 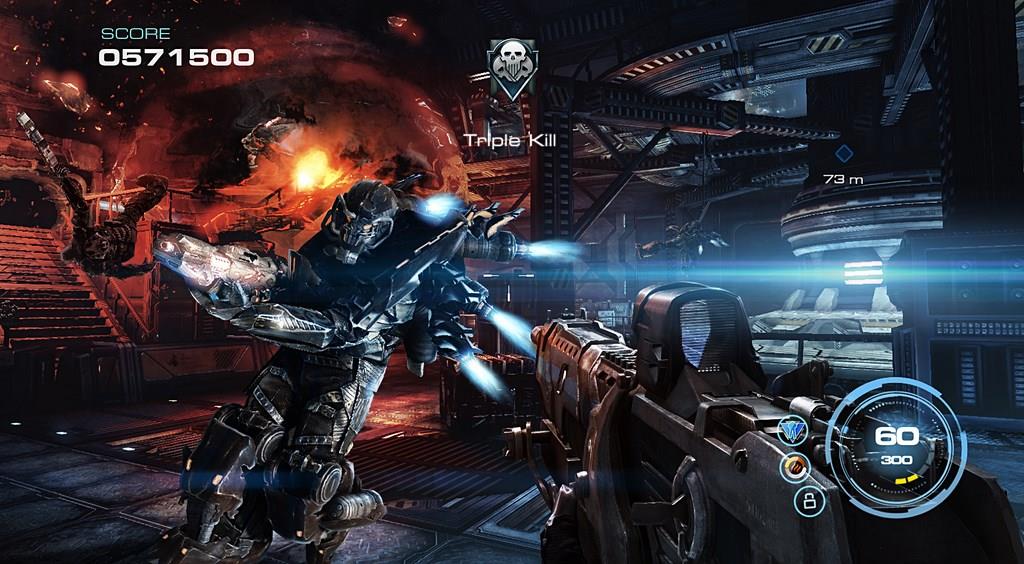 ​Weapons offer little in the way of variety, although all of them function as can be expected. The assault rifle and its alien counterpart, the ion rifle, have automatic firing. Reloading or overheating respectively for each act as the same stop-gap between you firing off an unlimited spray of rounds. You’ll also use shotguns, rocket launchers, miniguns, and the occasional sniper rifle. These are all cool variations but anything that doesn’t offer a bit of range and quick-firing power will experience a short life in your inventory. Your pistol will stick with you throughout your journey, although changing it out would have been nice as it’s slow rate of fire and low power makes it almost useless in anything other than a one on one encounter.

The game also offers up some large boss fights every few levels. At first, seeing a looming, powerful mech-alien hybrid is exciting and frightening, but after realizing all of them require the same skill, avoid being hit and shoot them in the face, these battle quickly lose their appeal. Later bosses are especially bad. In one boss fight the only option was to sprint constantly around a big grey room and turn to shoot sporadically. This took maybe two minutes to complete but it felt like an absolute lifetime. Some bosses even go so far as to regain health mid battle but never switch up the action except to add a few normal enemies in the mix to make you realize just how long these battles really last. 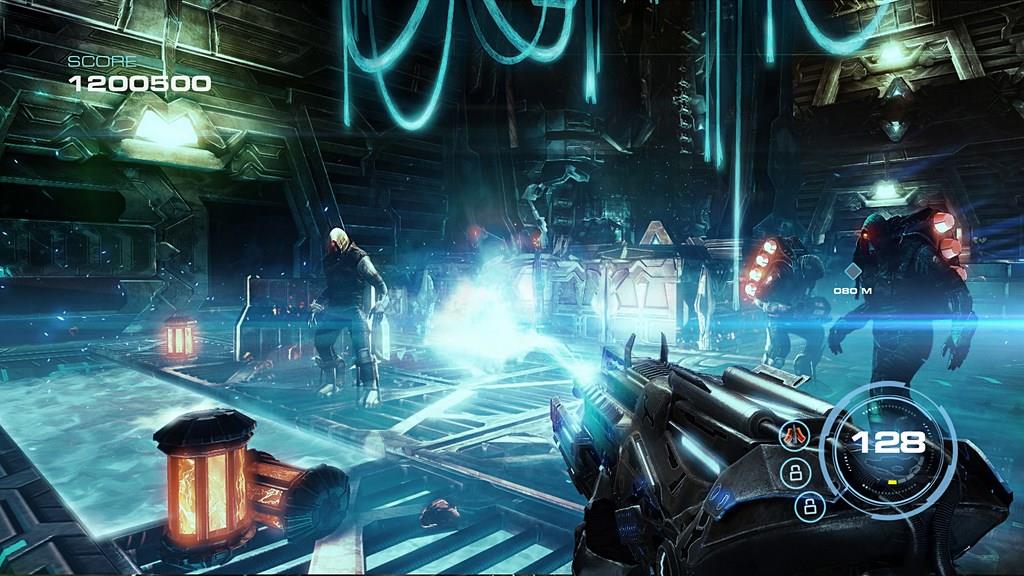 Although mostly bland and uninspired, Alien Rage can make you feel accomplished for defeating certain particularly tough sections and the game runs smoothly. The campaign is also fairly lengthy, although you may wish it wasn’t just so you can get through one grey metallic corridor and onto the next, bur for a 15 dollar game it takes more time to complete than one might expect. Unfortunately, these positive attributes don’t make up for the largely frustrating and boring gameplay. For a game running on the Unreal engine and taking inspiration from some of the best games in the genre, Alien Rage could have benefitted from some varied environment and character designs, as well as a little AI tweaking. If you’re in the market for a shooter, you could do a lot better than Alien Rage, especially in the category this game encompasses.

Alien Rage is a game whose initial presentation evokes the likes of Halo, Gears of War, and Killzone, but never lives up to such standards. Frustrating and often unfair difficulty, tedious boss fights, and bland level design make this game feel like an empty shell of its lofty inspirations. In a genre saturated with great games, you could do much better than Alien Rage.