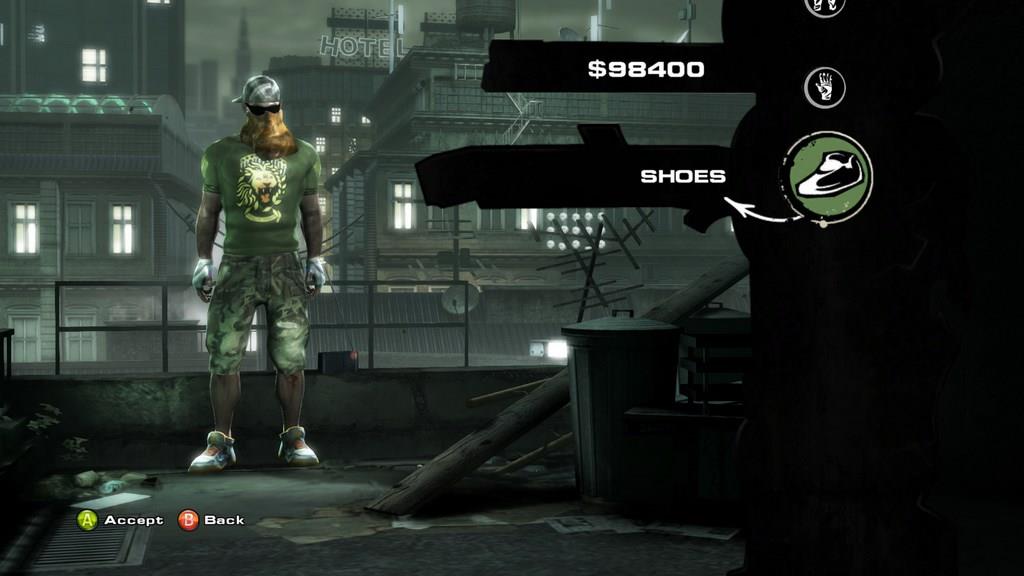 I might as well come right out and say it: I don’t ride motorcycles. I have done, years in the past, but an incident involving the long arm of the law and my riding a large-ish Honda road bike “like a damn fool,” in the words of the officer that cited me for riding without a license, somewhat soured me on the whole deal. With that in mind, it is understandable that I approached Tate Multimedia’s Urban Trial Freestyle with no small measure of trepidation. Motorcycles. Police. Obstacles to climbed over. Jumps. Flips. Seriously, this was frightening stuff indeed.

It needn’t have been. For as daunting as the courses appear, it isn’t all that difficult to complete them, although completing them well is a completely different thing. As the rider of a small, waspy-sounding motorcycle, you only have a few controls to contend with. The A button for the throttle, the X button for the brakes, and left/right on the left thumbstick to maintain fore and aft balance. That’s it. It sounds trivially easy and, in fact, it starts out that way. While the 3D-ish obstacle courses look completely impassable, your bike is superb at at progressing through/over just about anything in your path. 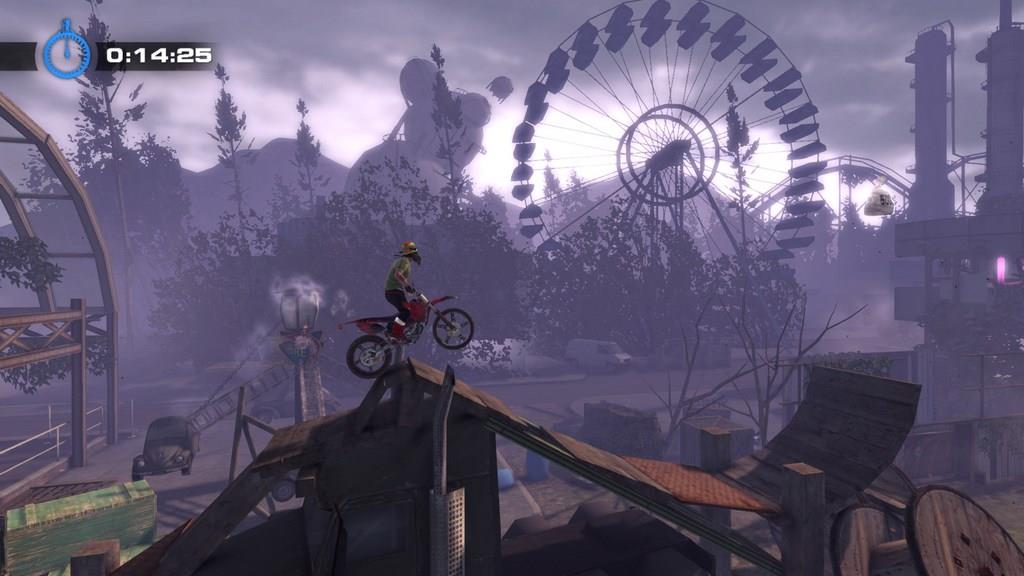 It is definitely not the case that you can just plant your thumb on the accelerate button and pound your way through, though. It takes a few tries with each new course to learn where the places are that require a bit of finesse. Sometimes it is best to approach slowly, while other situations demand as much speed as you can get. The balance front to back can be just as critical. And sometimes you need to manage both speed and the balance to achieve the best result.  This is most apparent when it comes to the longest jump challenges - you need to gauge your speed and angle perfectly as you reach whichever part of the topology is acting as the ramp.

It is very definitely the case that there are parts of the courses that you will have to try over and over to get just the right approach nailed, especially on the ones that have moving obstacles to deal with. In some cases, being too slow will cause you to miss an opportunity to avoid tragedy, while in others it is best to approach more slowly to allow better timing. The thing is, though, that this is one of those games that you don’t (much) mind having to try the same stage over and over. It is relatively easy to achieve a high enough score to move on to the next level if you so choose, but the levels are short enough and the checkpoints close enough together that is isn’t all that tiring or burdensome to just keep attempting to get that last star. That said, the difference between achieving four stars versus getting the ever-elusive fifth star is immense; I never once managed to get that fifth star, probably because I could not master the art of jumping. 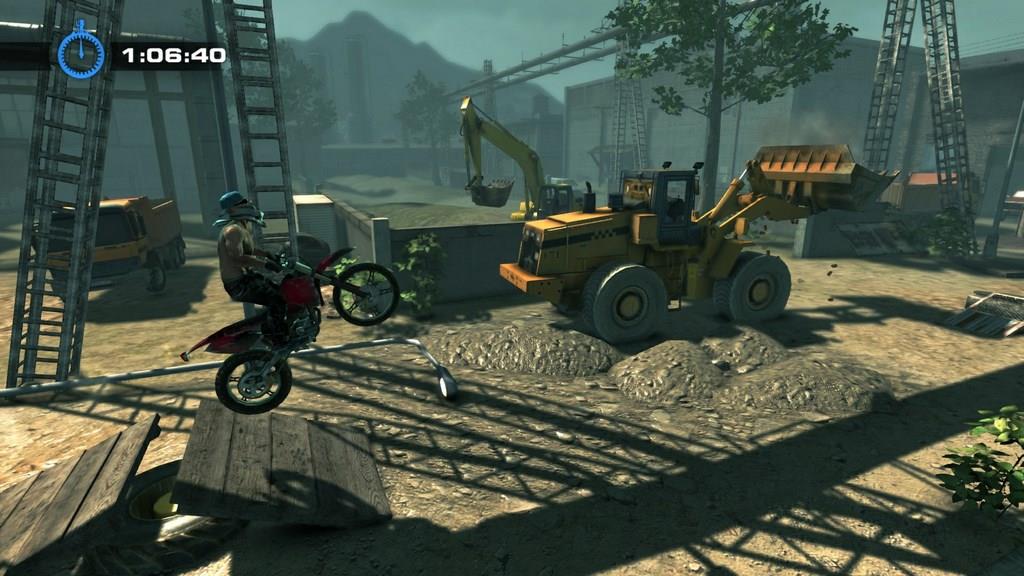 As is typical with games of this nature, there are achievements to be had, and in-game money can be collected in aid of upgrading your motorcycle. Your rider’s helmet and clothing can also be customized if you’re into that kind of narcissistic thing. There are also online leaderboards, although I personally paid no attention to them. Which, considering my paltry scores as compared to those on the leaderboards, was more a matter of maintaining a modicum of self-esteem than anything else.

Steam currently has Urban Trial Freestyle priced at a reasonable $15, which seems about right. It has fairly compelling game play in an arcade sense and the scenery is, well…. scenic. There’s no gratuitous swearing to worry about if you want to buy it for the kids.  All in all, as low cost games go this one was just about what you would expect.

Urban Trial Freestyle provides a reasonable amount of fun at a reasonable price. It's easy to learn but hard to master, leading to a few hours of enjoyably challenging play.